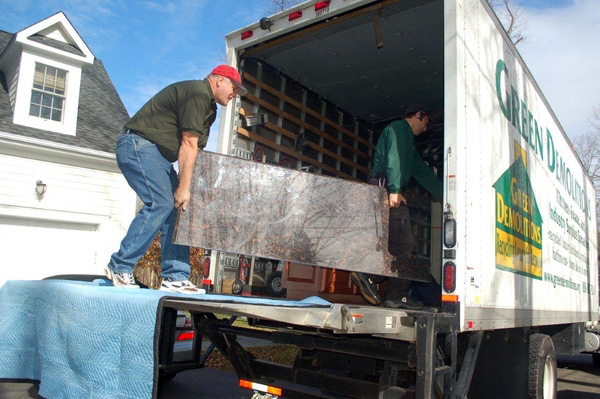 Green Demolitions workers haul a granite countertop into a truck. 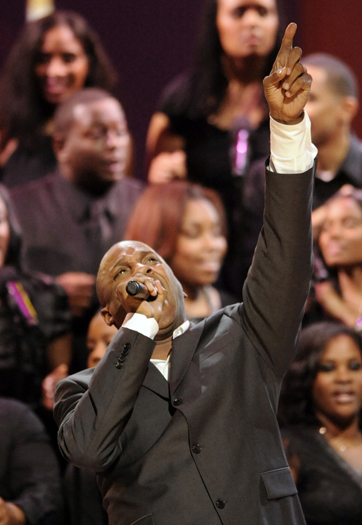 When a house is demolished, the amount of trash created can be monumental.

And when houses meet the wrecking ball here on the East End, it often means that still-exquisite fine doors, floors, sinks and windows go the same way as the rotten banana peel: to the top of the landfill. The discarded appliances and décor, often lightly used, could easily be considered a treasure to many in need.

Indeed, Steve Feldman, the president and founder of the recycling charity Green Demolitions, said he thinks so.

Under the motto “recycling luxury for recovery,” the organization, which got its start in Connecticut’s Fairfield County, is now looking to break onto the East End scene with a new Southampton partnership.

Green Demolitions sells luxury commercial surplus and donated kitchens, appliances, fixtures and more. The goal of the charity is threefold: to reduce the cost of home and kitchen projects by offering tax deductions to those donating items, reducing waste and energy costs and supporting recovery outreach programs. The end result: those who donate get a tax deduction, while those who buy end up getting a deal on architectural and appliance goods.

Once a potential donator contacts the company and sends photos of what is to be collected, the firm sends contractors—often free labor—to do a pickup, removing everything in a single day. The donated items then go to one of three stores—in Connecticut, New Jersey and Pennsylvania—or are sold on the organization’s website for a fraction of their original retail price. At this time, the East End donations often go to the store in Norwalk, Connecticut, Mr. Feldman said.

Jacob Yahiayan, a project manager in large-scale public works who lives in Southampton Village, was recently asked to join the charity’s board of advisors, a position he was offered through mutual acquaintances. He said that he and Mr. Feldman see the East End as a natural extension of the work Green Demolitions has done in Connecticut, as well as in Westchester County, New York.

“We no longer have the luxury of wasting and dumping things as we go,” said Mr. Yahiayan. “The environment just really cannot sustain it. This is a large issue, not just for our community, but for the nation and the world.”

A lot of the estates on Gin and Meadow lanes in Southampton, for example, have fantastic flooring of large-scale birch or oak, he noted. Rather than ripping it up and destroying it, the wood can be reused for a worthy cause.

With a team of seven worker, the charity recently removed two 26-foot truckloads of items with a from an oceanfront estate demolition in Southampton Village, according to Mr. Yahiayan.

“It was very spectacular,” he said of the salvaged items—which included a library sitting room from England, stained glass and millwork, among other architectural marvels. The salvaged items then ended up for sale in the Norwalk Green Demolitions storefront.

Mr. Yahiayan reported that one of the charity’s anticipated projects involves one of the more prominent estates in Southampton Village. For that particular project, Green Demolitions is planning to rescue and remove the flooring.

Other East Enders are also getting on board with the idea of rescuing and reusing residential demolition donations.

“It’s a great concept,” said Rich Raffel, owner of E.T. Raffel Cabinets in Southampton, who said Green Demolitions did some work in his business’s showroom about six months ago when it was being remodeled. His company also donated some cabinetry to the charity.

“You’re able to help the environment by not having to throw things away and it’s a cost savings,” he said. “It works great for everybody, though it’s something relatively new, so it takes them a while to understand.”

“We’re just getting started,” said Mr. Rumpf, who said he works on site issues, such as seeing how concrete could be reused by crushing it down for use as a road base, for example. He reported that the charity is just beginning to gain some traction here on the East End.

“It’s going to evolve. It’s in its infancy stage, at least in this area,” he said.