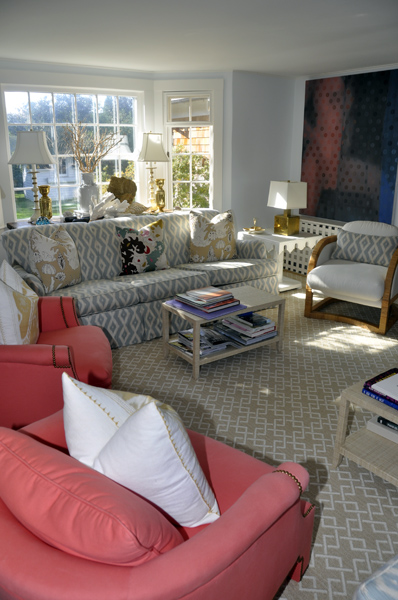 Inside the Windmill Tower House in East Hampton. MICHELLE TRAURING 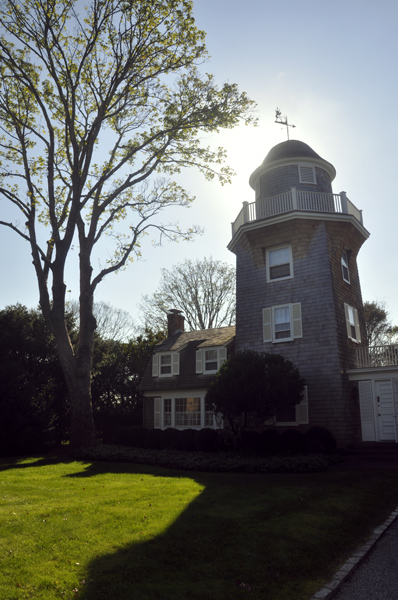 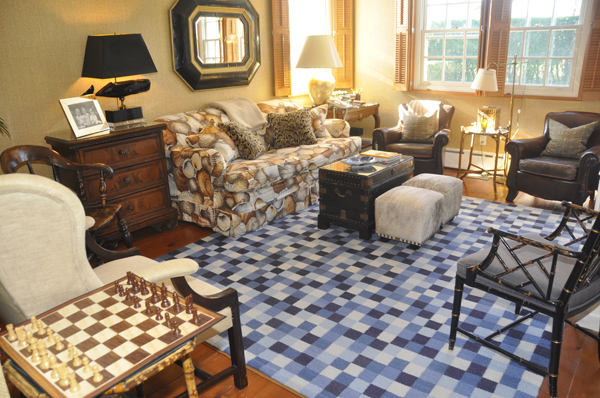 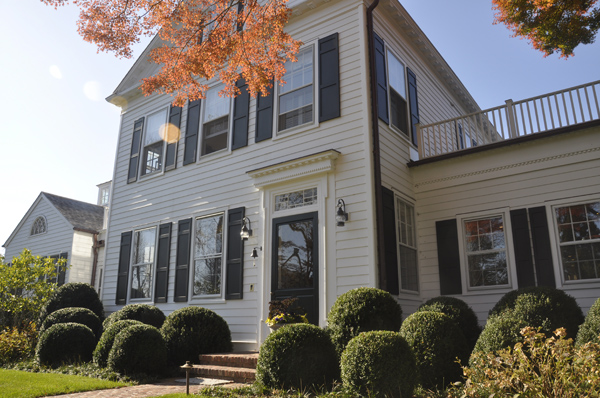 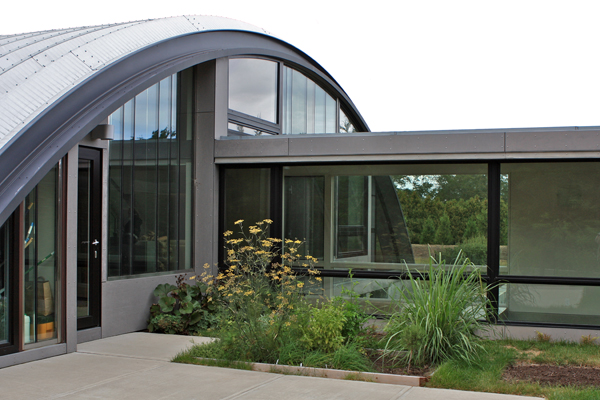 Thanksgiving weekend can be an exhausting one for hosts entertaining family and friends, let alone cooking for a packed house.

So, 27 years ago, the East Hampton Historical Society recognized that and the need for the locals to recuperate. As a result, the organization concocted a distraction for visiting guests that would also meet the society’s fundraising needs: a house tour celebrating both the history and modernity of East Hampton.

“When you have a house full of guests, wouldn’t it be great to send them on their way? At least for a little while?” posed Joseph Aversano, while visiting a house on this year’s tour. Mr. Aversano is the chairman of the “2011 East Hampton House Tour and Opening Night Cocktail Party,” which will be held on Friday, November 25, and Saturday, November 26.

“That was one of our initial thoughts when we came up with this house tour,” he continued. “Let them go out and enjoy the houses of East Hampton during their visit. It’s a sneak peek into people’s private lives.”

For the first time, this year’s five homes are all centered around East Hampton Village, Mr. Aversano said. The event kicks off with a cocktail party on Friday night at the Charles H. Adams House, a circa-1891 Queen Anne-style home designed by William B. Tuthill—the architect behind Carnegie Hall. The house is not to be confused with the former home of illustrator Charles Addams in Sagaponack.

“It was only a few years ago that we started with the cocktail party,” Mr. Aversano explained. “The first one was at Grey Gardens, and that was a hit. It put us on the map.”

Hands down, the most provocative and modern house is one by East Hampton architect Maziar Behrooz. The “ARC House,” named for its arc-like shape, is a leading example of sustainable design and architecture that pushes the envelope, Mr. Aversano said.

“I called Maziar up and said, ‘I want to put your house on the tour,’” he recalled. “And he said, ‘My house? But you’re the East Hampton Historical Society. I’m the complete antithesis.’ And I told him, ‘I’m not stuck in Williamsburg, friend.’”

Though Mr. Aversano said he is far from being completely caught up in Colonial times, that hasn’t stopped him from including several classic homes on the tour. The first is a Federal-style home, which was built in 1853 on Division Street in Sag Harbor for Captain Wickham S. Havens, and was moved to East Hampton in 1960. The house was renovated in 2002, 2009 and 2010.

Tom Samet, an East End interior designer, restyled the home with every renovation.

“It’s an old house, so I wanted it to seem like for the last 100 years, it’s looked like this,” Mr. Samet explained, walking through the house last week. “So it’s an eclectic house with collections of things. It was set to face Southeast, which is the best way you want to be. The light is incredible here, all day.”

The home is one of four owned by its residents, whose primary house is in Dallas, Mr. Samet reported. The interior designer often changes up the three-story house in between the family’s summertime visits, he said.

One of his favorite touches is the

, or false wood, wallpaper in the home’s dining room, he said. “It’s organic. It looks beachy. It’s neutral,” he said. “It adds another layer to the room. It makes it strong. I watch everyone touch it when they walk by. I love that.”

“This wallpaper, it’s a trademark at this point,” Mr. Aversano added. “He’s used it in so many houses. That and pops of orange.”

Another historic house on the tour sits on Huntting Lane. Built on the Woodcroft estate in 1894 in the days before the town water system, a wind pump tower supplied water to land’s main house. In 1945, the tower was moved to a front lot and given an addition.

“You’d just go hide up there with a book,” he said. “The top has an attic door to climb up. It hasn’t been developed.”

Topping off the tower is a weather vane of Puck, a mischievous elf from the Shakespearian play “A Midsummer Night’s Dream,” Mr. Aversano said.

The final home on the tour is this year’s only full-time residence, a contemporary, shingle-style house. The idea was to make the home look fairly small and modest on the outside, said owner and builder Larry Kane, when in actuality, the home boasts five bedrooms and is 4,000 square feet, plus a finished basement.

It’s the kind of space Mr. Kane and his wife, Luisa, needed for their three children—13-year-old Stephen and 10-year-old twins Charlotte and Madeline—and their poodle, Georgia.

“You do this every day for a living, but it’s your house that people will talk about because anyone can take something away that they can do in their houses,” Mr. Aversano said to Mr. Kane, who agreed.

The two men toured the house, pausing in the lower level’s media room.

Upstairs in the kitchen, when asked why he decided to  participate in the house tour,  Mr. Kane hesitated.

“He was trapped,” Mr. Aversano offered.

“Exactly,” Mr. Kane laughed. “I think I had too many glasses of wine one night at a party and volunteered, finally, to do it. If you want to know the truth.”

“I’ve wanted to get this house on the tour for years,” Mr. Aversano said. “This is something special.”

The East Hampton Historical Society will host its “2011 East Hampton House Tour and Opening Night Cocktail Party” on Thanksgiving weekend. The event will kick off on Friday, November 25, with a cocktail party from 6 to 8 p.m. at the Charles H. Adams House. The next day, on Saturday, November 26, four more homes will be on tour from 1 to 4:30 p.m. Advance tickets are $65, or $75 the day of the tour. Tickets for the opening night cocktail party start at $150 and include admission to the tour. To purchase tickets or for more information, call 324-6850 or visit easthamptonhistory.org.