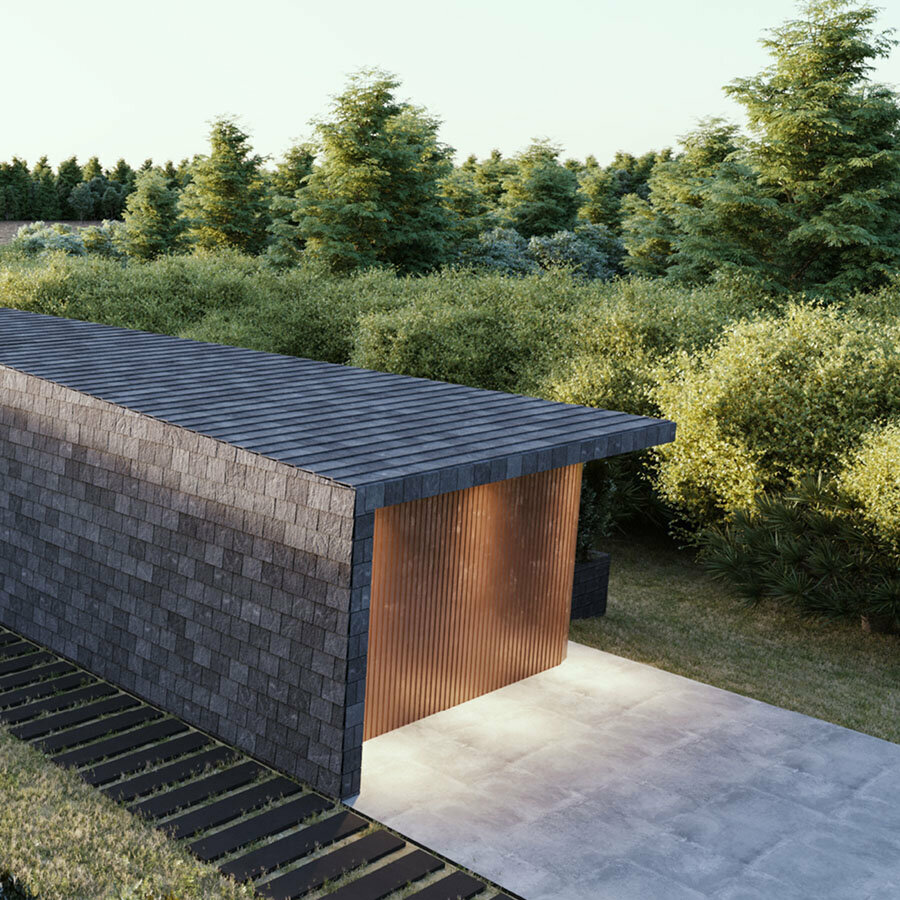 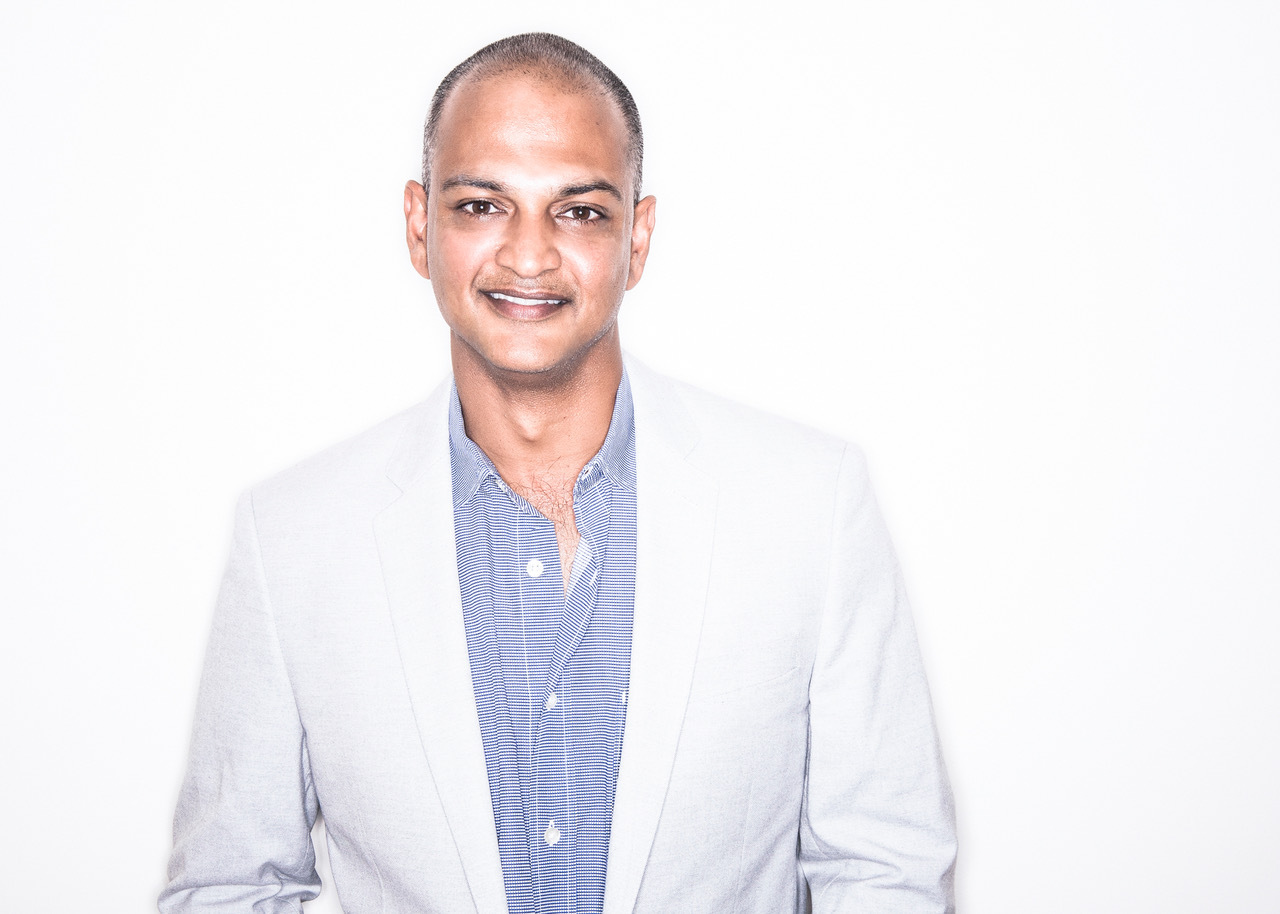 Architect Nilay Oza is the new president of AIA Peconic.

On January 1, Nilay Oza assumed his new role as the president of the Peconic Chapter of the American Institute of Architects, where he will continue to achieve the chapter’s long-term goals of professional development, design excellence, and public outreach, according to AIA Peconic Executive Director Kay Jones.

Mr. Oza is the 17th president of AIA Peconic since the chapter was chartered in 2005. He served on the board for the first time last year as vice president, which came with many unexpected challenges due to the coronavirus pandemic.

AIA Peconic is a nonprofit that offers educational programs and courses to assist architects in maintaining their licenses, helps connect architects with the local marketplace, hosts an annual design award ceremony, and has a well-subscribed and long-standing scholarship program for students who attended high school on the East End and are enrolled in an architectural course at an accredited college or university.

The chapter’s annual Daniel J. Rowen Memorial Design Awards — an event that often takes place at the Ross School in East Hampton— was held virtually for the first time in January this year. The chapter plans to offer hybrid — remote and in-person — events in the future, because the award ceremony’s digital format offered greater levels of accessibility and outreach. “Going forward, we are going to have to be a lot more friendly to digital environments when we build community,” Mr. Oza said.

Following the Black Lives Matter protests last summer, AIA Peconic implemented a diversity committee with the aim of using the chapter’s technical expertise to create change. AIA Peconic has begun advising and advocating for the reconstruction of the Pyrrhus Concer Homestead at 51 Pond Lane in Southampton Village.

Mr. Concer was a freed slave who resided on the East End during the 1800s. He was known for his accomplished seafaring skills and numerous whaling voyages, including a journey to Japan to return shipwrecked sailors to their home. The house he lived in was demolished in 2013, before the land was sold to the Town of Southampton. The goal is to accurately restore the building and provide historical education services. “It falls under the rubric of untold stories,” Mr. Oza said, “and so we thought that last year was the year that that story had to be told.”

Mr. Oza, originally from India, arrived on the East End in 2005 when he began working on the Houses at Sagaponac — a project involving 32 architects from around the world who were all given similar 1-acre lots to design a house. His job was to get the plans approved by the local building department. “We all roll our eyes,” he said when referring to the approval process. However, Mr. Oza quickly felt like an “insider within the mix” by making genuine relationships with those in the department.

He became a contractor for several years after the Houses at Sagaponac project, which aligned with the aftermath of the financial crisis of 2007-2008. “There was nothing really to be had,” he said.

Mr. Oza began growing his architectural portfolio and working with clients in 2010. He and his business partner — a fine art painter who began designing loft spaces in Brooklyn’s Dumbo in the 1990s — started Oza Sabbeth Architects in 2015. “The same person was talking to myself and my business partner, Peter Sabbeth, and we decided to give them one phone number,” he said, “it was as simple as that.” The company now employees nine people, and has an office on Main Street in Bridgehampton.

“Working with Nilay is like working with my shadow. We are not at all similar, in fact opposites in many ways,” Mr. Sabbeth said over email, “however I trust him implicitly. He sees my blind spots and I feel I see him.”

Their style aligns with regionalist, critical regionalist, and modernist features, but, ultimately, it comes down to the practice of time and place, Mr. Oza said.

He used the concept of a mudroom to describe the design process: In the example, a client asks for a minimalistic house, free of mess. “Your house is cluttered because you come into the house carrying everything from the outside world and you decide to put it wherever you feel, right,” he said. “Make a mudroom, that mudroom will help you shed the outside world and your house will be clean.”

Alternatively, clients might already know they want a mudroom: “Ah got it, so you’re already there, you know you need a mudroom because that’s where you live and you want your house to be clean,” he said.

In both these scenarios, functionality is used as an advantage, rather than a hindrance, to the final design.

Mr. Oza uses advanced technology to create renderings — realistic three-dimensional images of prospective structures — to outline his designs for clients. “You feel like you’re there,” he said. “… but behind it in the background there is so much that is coming in, the statistics part, that you’re not necessarily privy to or seeing.”

One of his most unique professional experiences was building his own home in 2018. Pike & Pond, located in Sag Harbor, has a retaining wall of both wood and concrete that guides stormwater while also allowing the main floor to be set 6 feet below the street level. Glass walls face out toward a pond — the destination of the stormwater.

The design process increased his empathy with clients by allowing him to simultaneously experience the role of the designer, builder, funder and inhabitant.

“It’s not a small thing, as a family, as a couple, to be designing your own home. In some sense it is the most concrete validation of your relationship,” Mr. Oza said. “You’re literally putting your relationship, as two people or more that inhabit together, in a concrete form.”

Mr. Oza earned his Master of Architecture from the Massachusetts Institute of Technology.

He completed his undergraduate studies at the School of Architecture in Ahmedabad, India, one of the few cities in the world with the distinction of having examples of designs by Louis Kahn, Le Corbusier, and Frank Lloyd Wright.

“It was way more competitive getting into than MIT was,” he said. There were 20,000 applicants for 20 spots, and acceptance relied on successfully completing a three-day entrance exam.

“To simply call Nilay an architect is short sighted. He is an artist, an engineer, a builder, a great friend, and a wonderful family man,” Mr. Sabbeth said. “All of which contribute to his abilities to design beautiful homes.”

Grassroots organization Drawdown East End will share best practices for using less water and reducing pollution in lawn and landscape maintenance during a free online event on Tuesday, February 9, at 6:30 p.m. Mark Haubner and Ellen Bialo will present “Lawn and Landscape to the Future,” offered through Rogers Memorial Library in Southampton. “Information leads to education leads to awareness: Our current lawn and landscaping practices are not sustainable with regard to water quantity or quality and we will be talking about all the best management practices available to us to change this for the better,” Mr. Haubner said. Drawdown ... 1 Feb 2021 by Staff Writer

A home that’s being marketed as the first 3D printed house in the country was ... by Grant Parpan