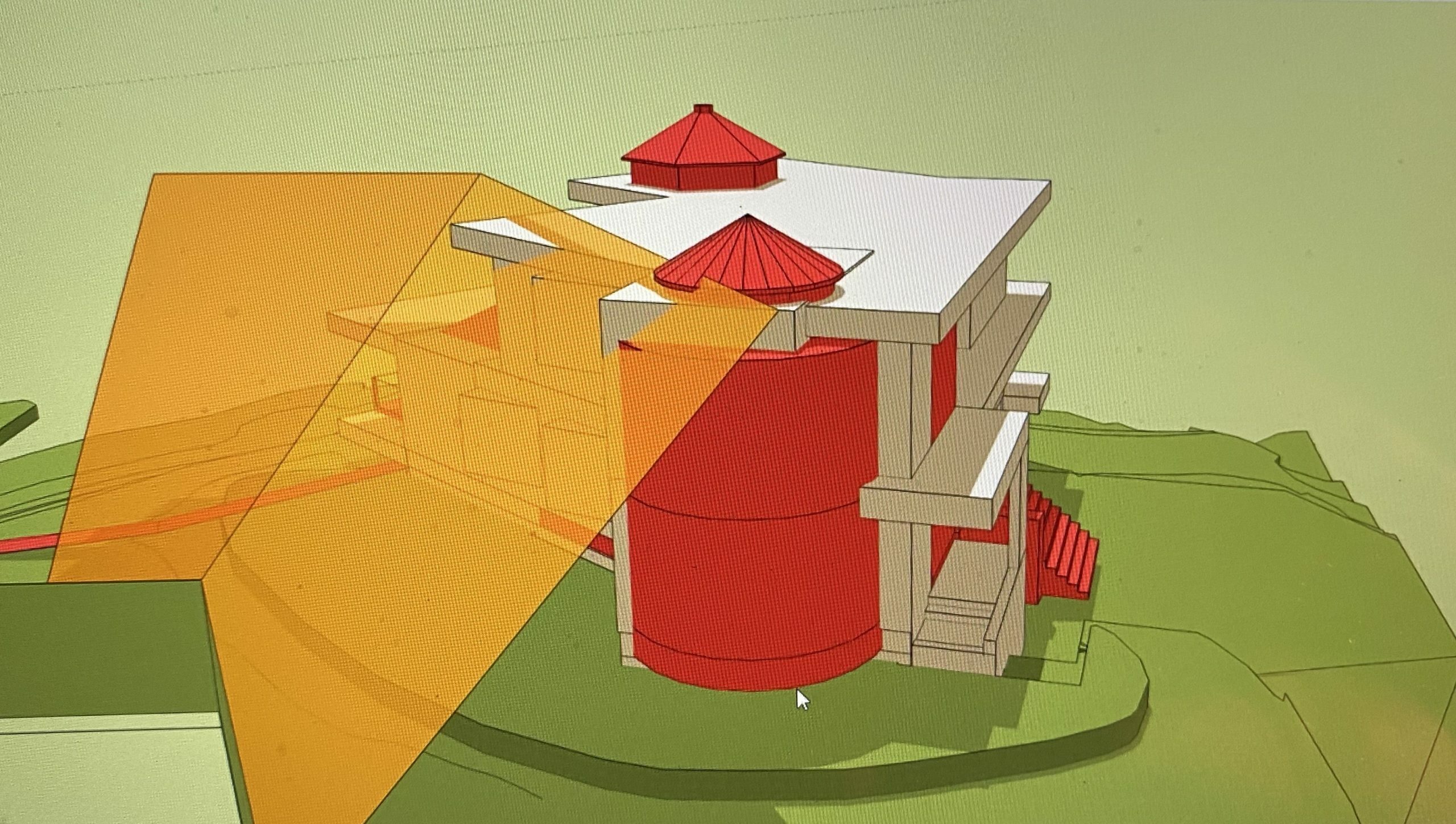 An architect’s graphic presented at the hearing on the proposed house at 59 Mashomack Drive in April superimposes the proposed new structure over the existing house (colored red). The orange plane at left designates the 45-degree angle set by the zoning code “sky plane” rule to limit height, with existing and proposed sections of the roof in the original plan that violate the limit.

There was no decision last week on North Haven resident Larry Baum’s controversial application for zoning variances to replace a local landmark known as the Lighthouse at 59 Mashomack Drive in the North Haven Manor private community with a new structure.

The site overlooks the Peconic Land Trust’s Loveridge marsh and wetlands preserve, which neighbors charge will be damaged by the project.

The village’s Zoning Board of Appeals, which had been expected to vote on the application of Mr. Baum’s 404A Bay Partners LLC at its July 14 Zoom meeting after having closed the hearing on the case in June, instead voted to reopen the hearing at the applicant’s request to consider new material that his representatives will be submitting for the board’s next meeting on August 11.

ZBA Chair Mark Poitras told Mr. Baum’s attorney, Brian DeSesa, that he had “struggled” to understand the gross floor area of the new structure and the building envelope available for it. He said “it would be helpful” to provide numbers to clarify the issue at the August session. He also said he “wrestled with” the plan to put a pool “directly in the setback” and asked if there is not a “feasible alternative” that would not require a variance.

Board member Tom Brooks added that Mr. DeSesa should understand the board wants to know what the “building pad” would be if no variances were granted, even if complying with the zoning code “might jeopardize other variances you have from the DEC,” which has granted a permit for the project.

An associated application to build a dock for the property, off the beach in front of the Loveridge Preserve and within opposing neighbor Susan Dusenberry’s waterfront view, is pending before the village Board of Trustees.