Not Out Of The Woods: Pests Thrive On East End Amid Warming Temperatures - 27 East 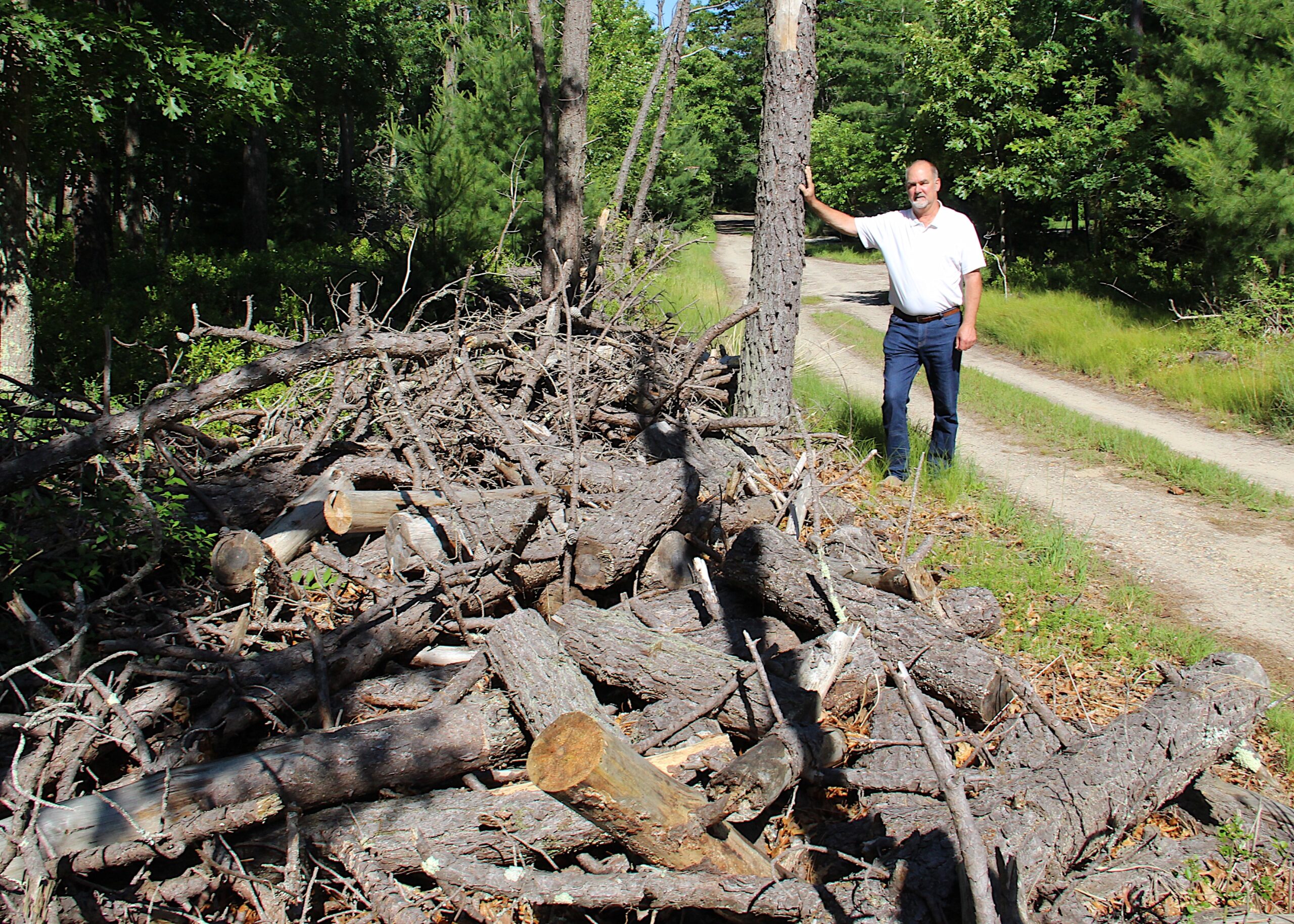 Peter Van Scoyoc with some of the aftermath following a southern pine beetle infestation on his property in Northwest Woods. KYRIL BROMLEY 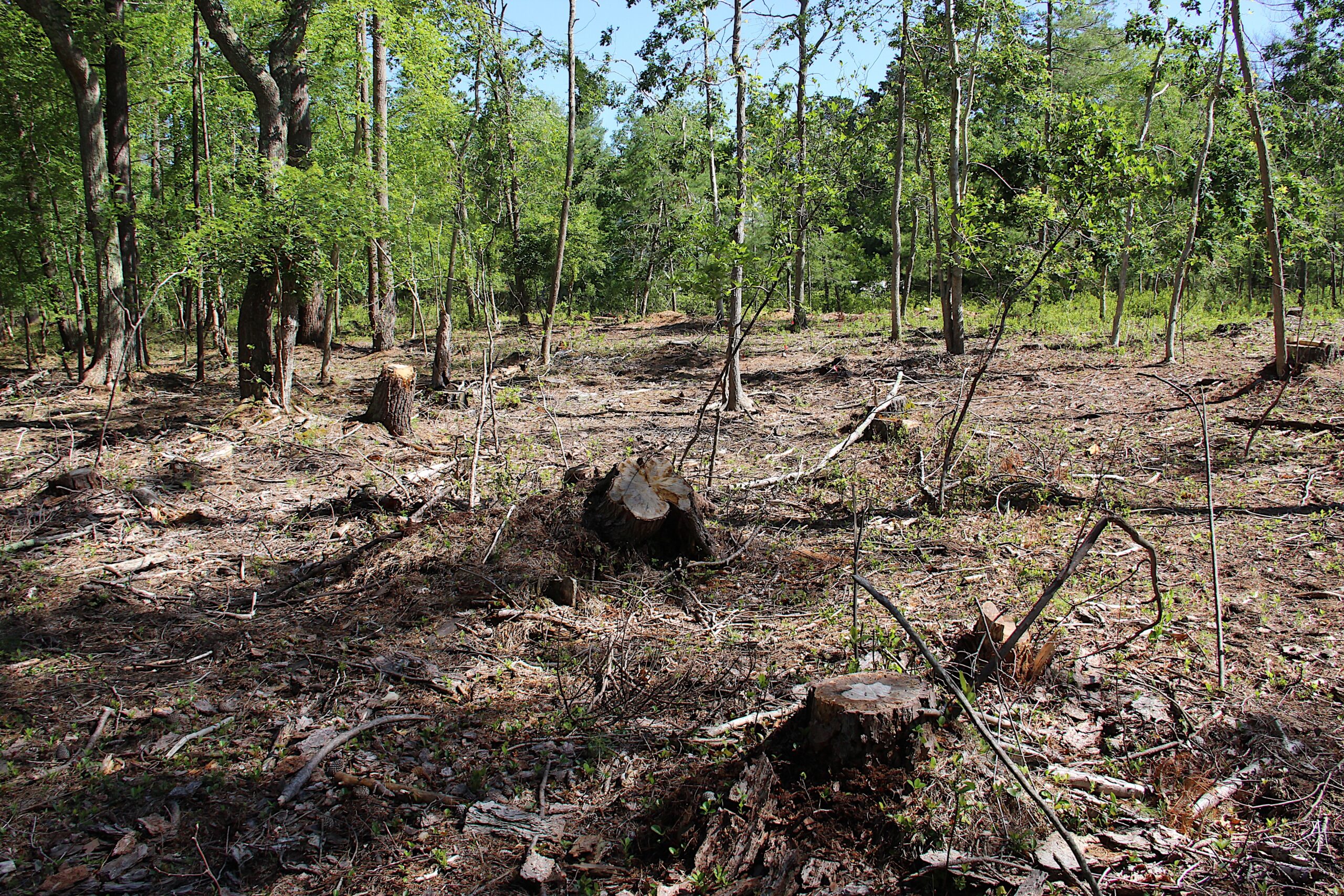 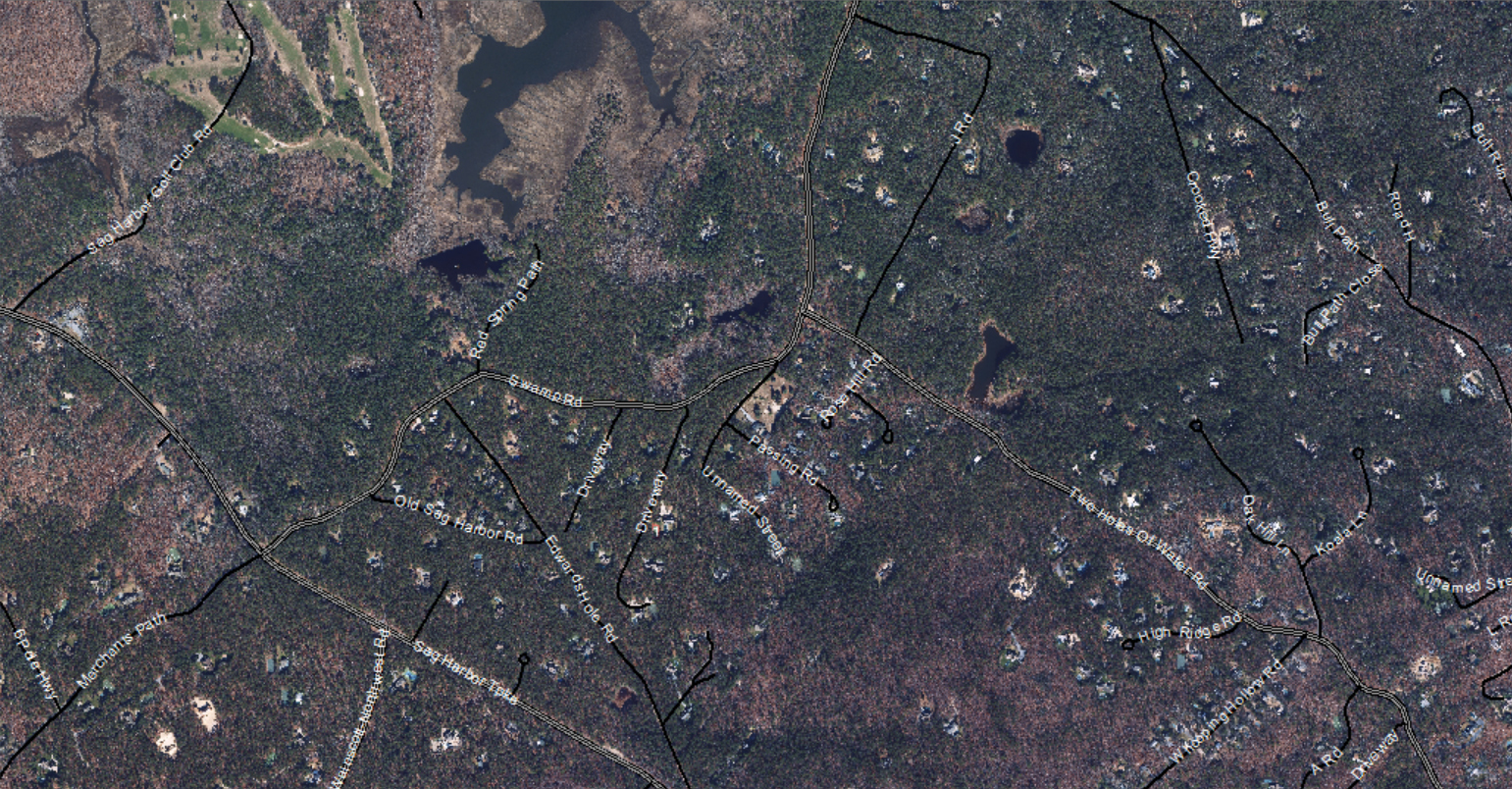 An aerial view of the Northwest Woods in 2016, prior to the southern pine beetle's arrival. COURTESY EAST HAMPTON TOWN 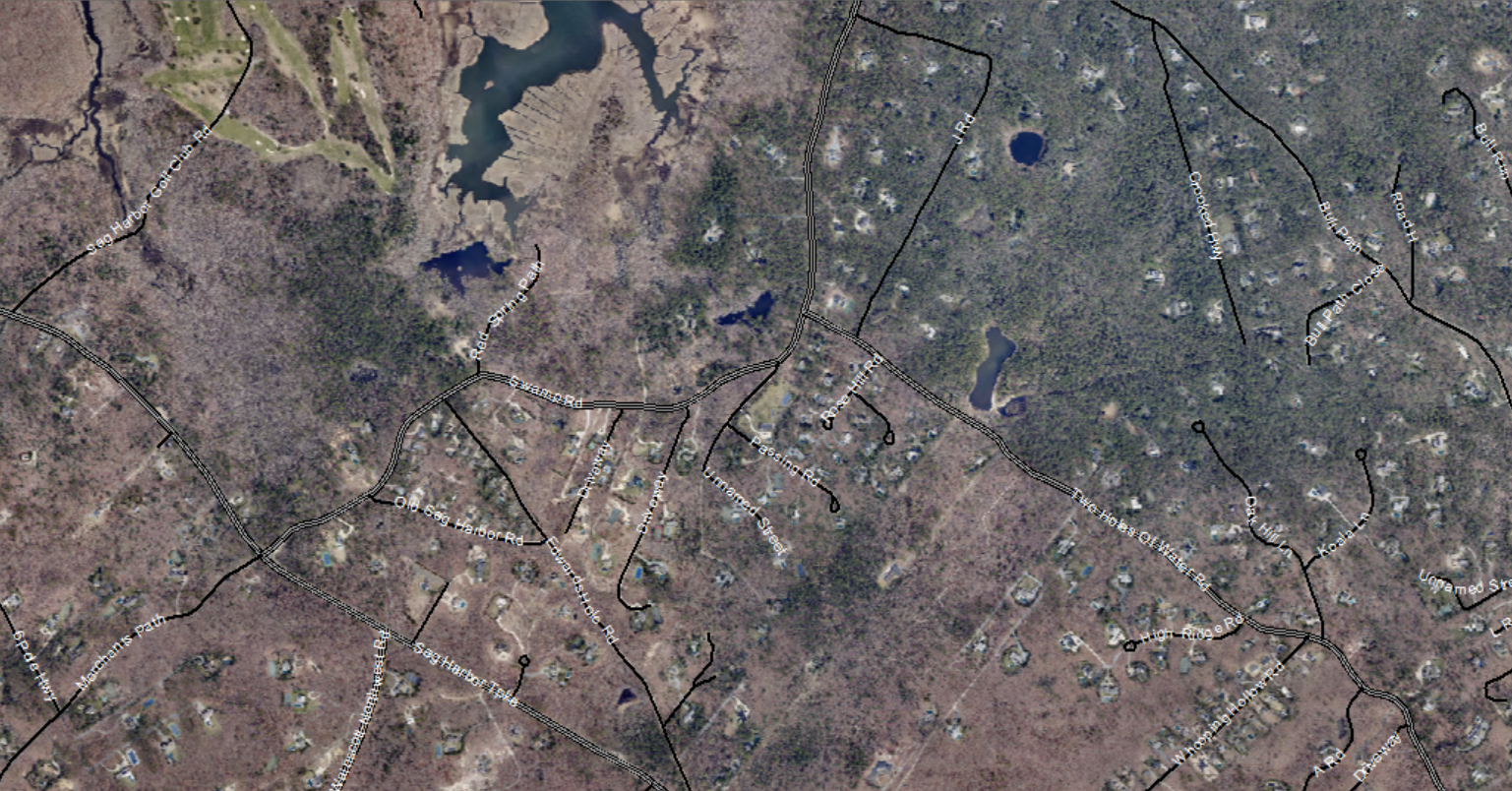 An aerial view of the Northwest Woods in 2022, after the southern pine beetle arrived. COURTESY EAST HAMPTON TOWN 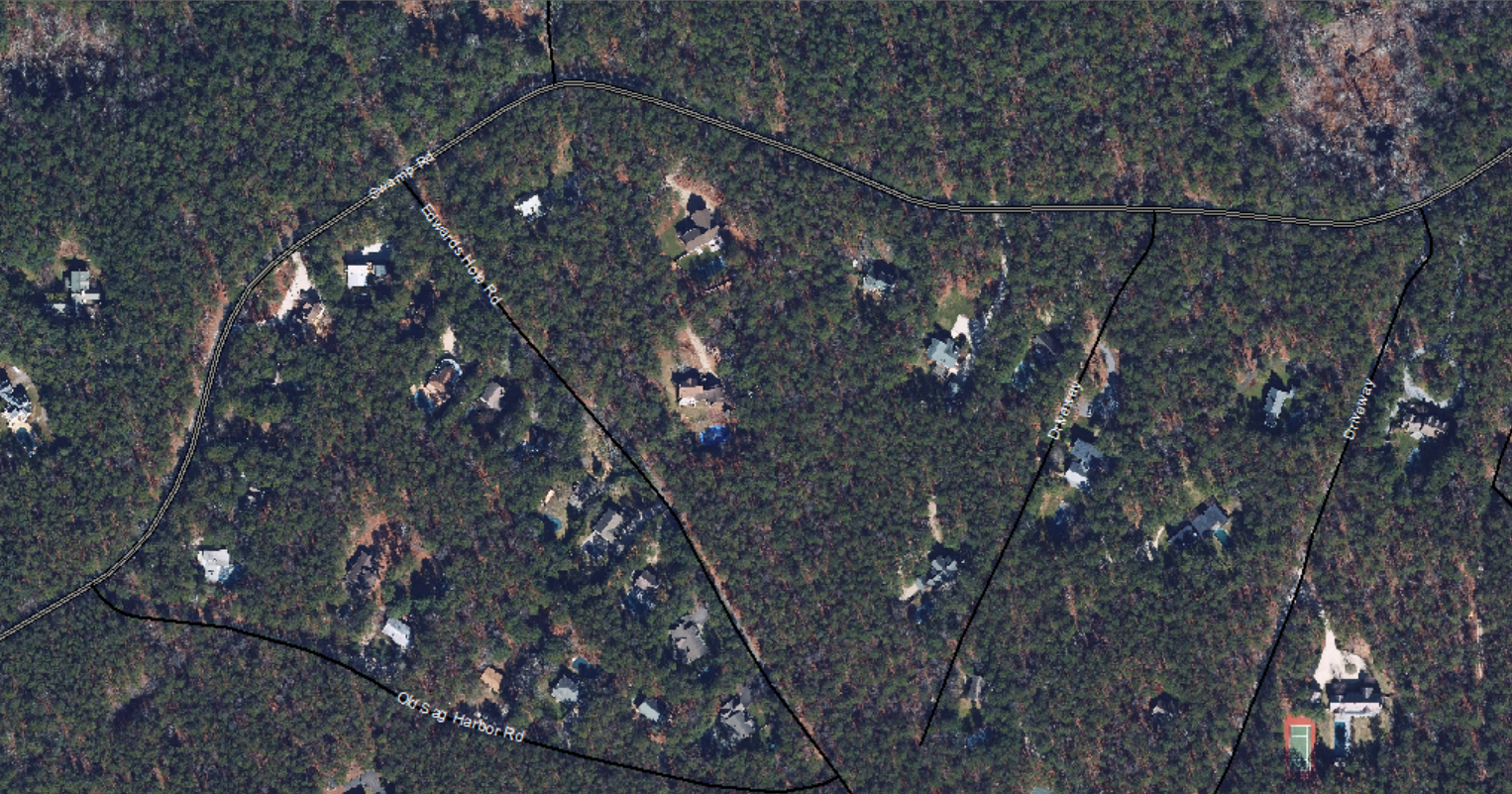 An aerial view of Peter Van Scoyoc's property in the Northwest Woods in 2016, prior to the southern pine beetle's arrival. COURTESY EAST HAMPTON TOWN 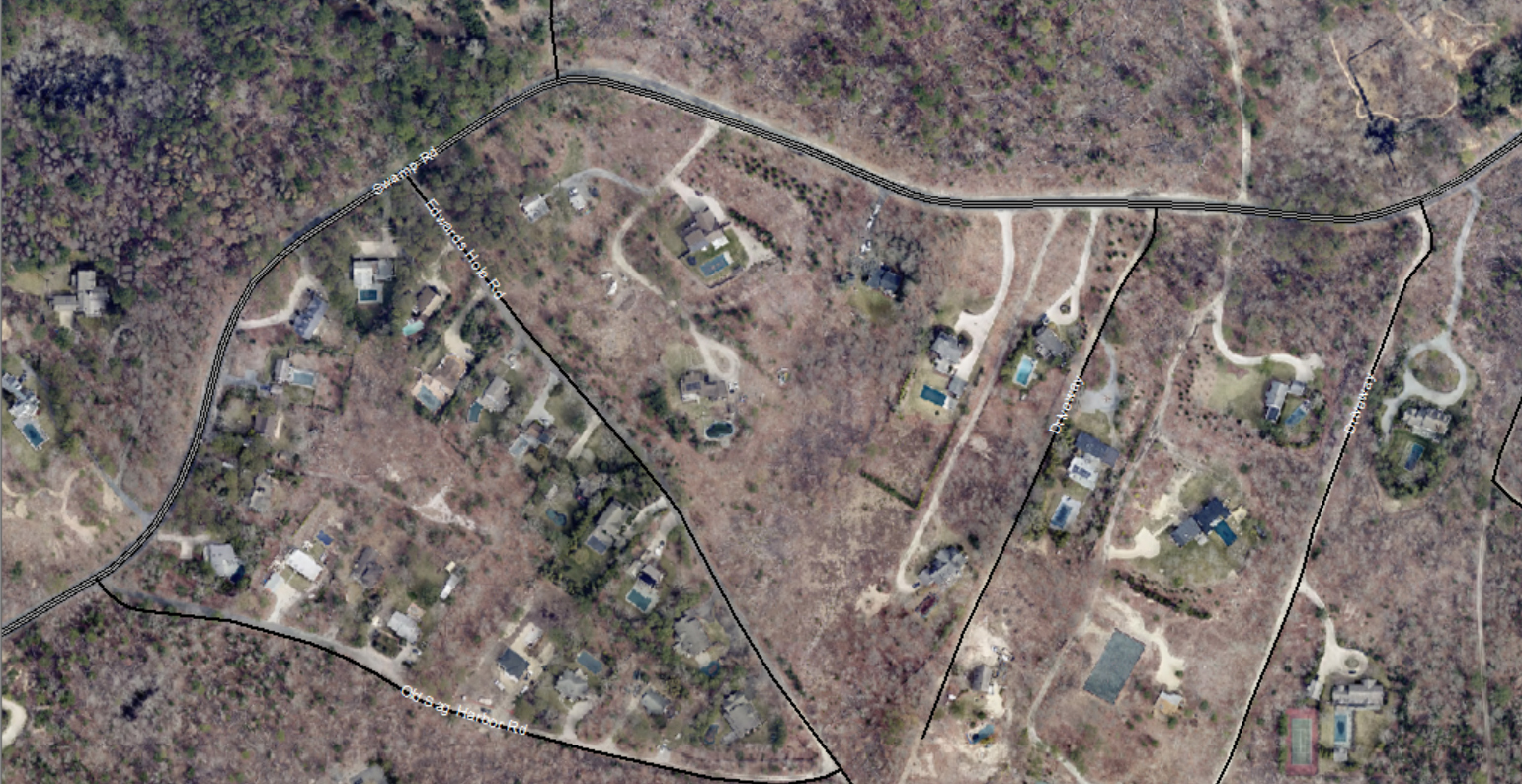 An aerial view of Peter Van Scoyoc's property in the Northwest Woods in 2022, after the southern pine beetle arrived. COURTESY EAST HAMPTON TOWN 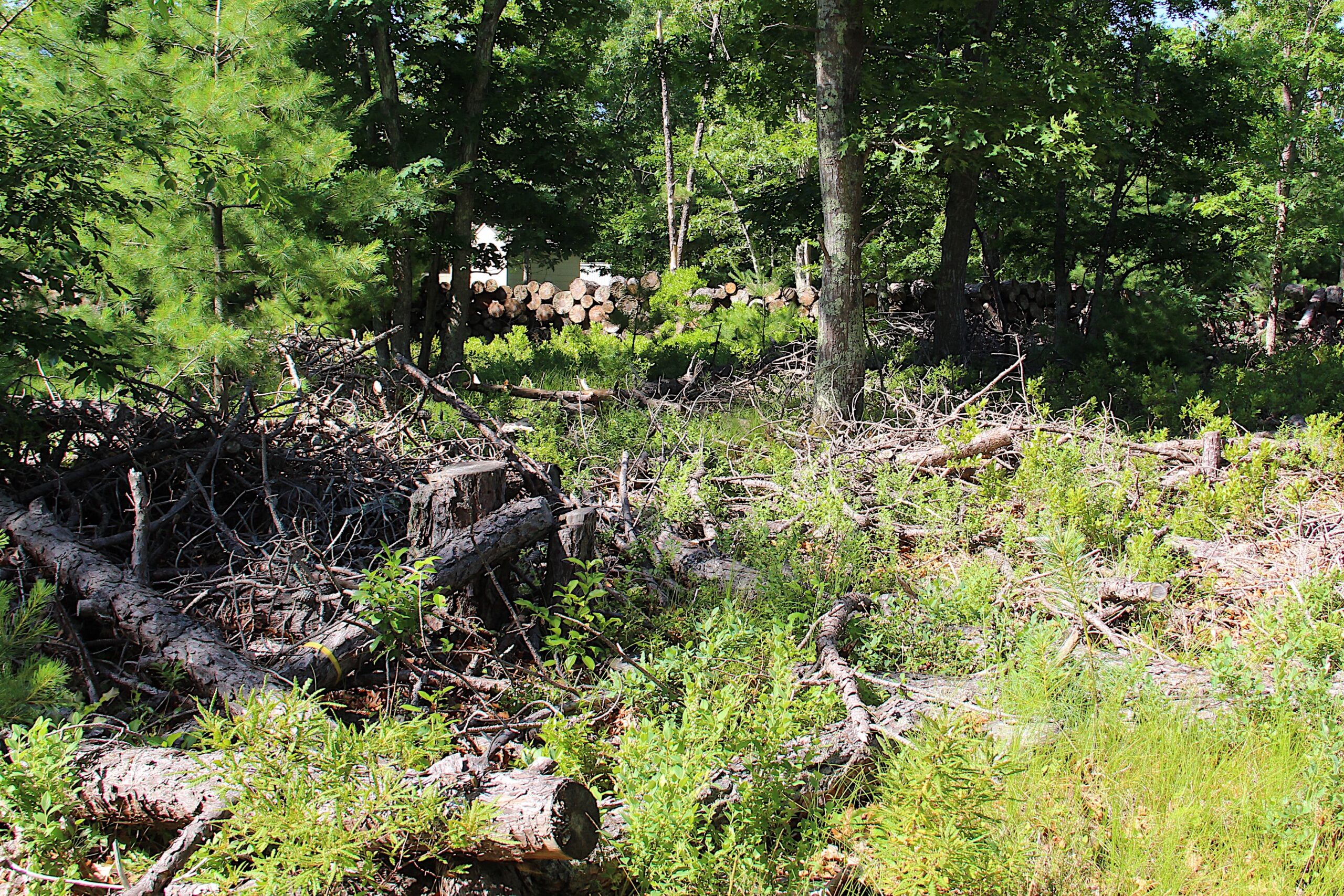 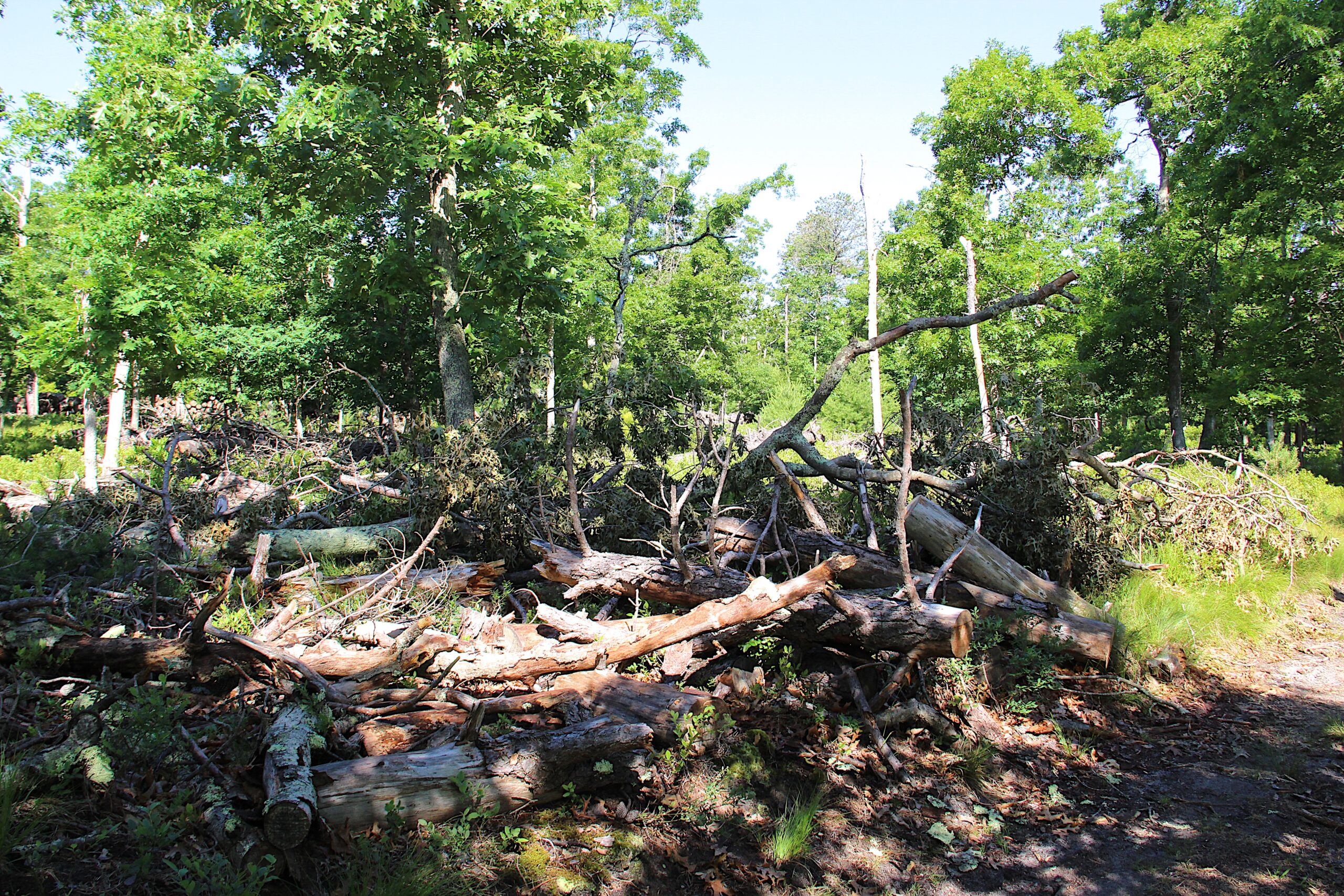 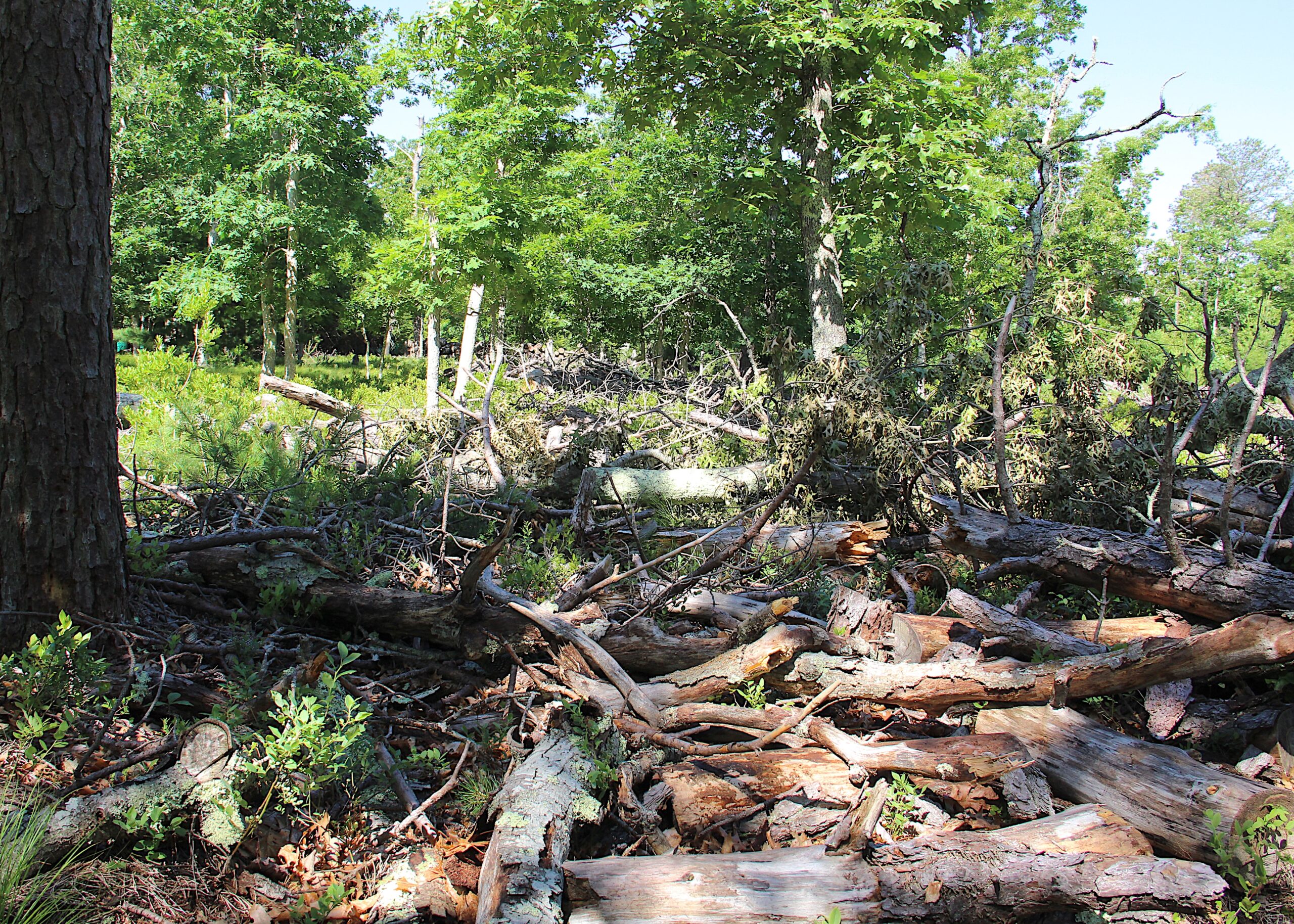 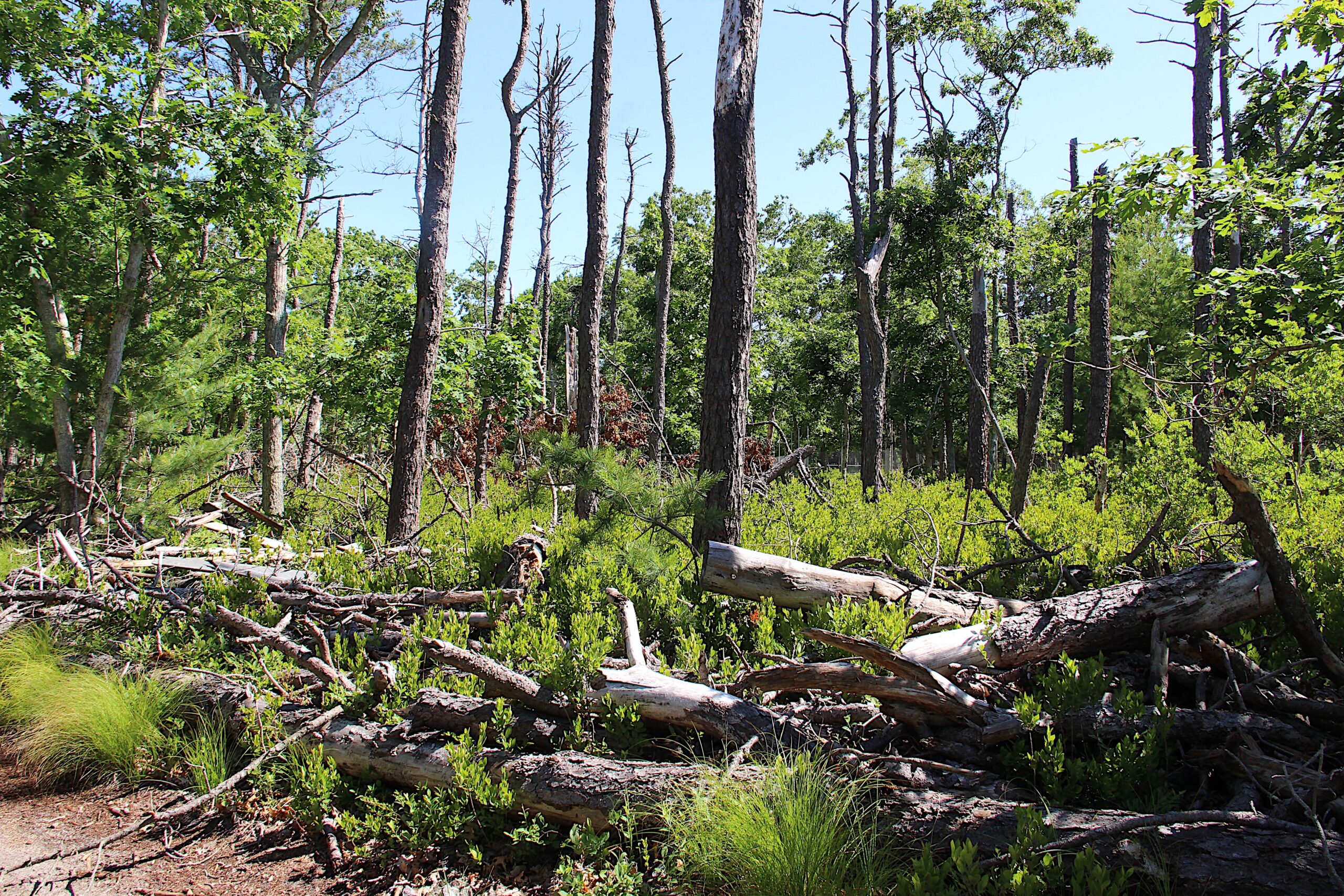 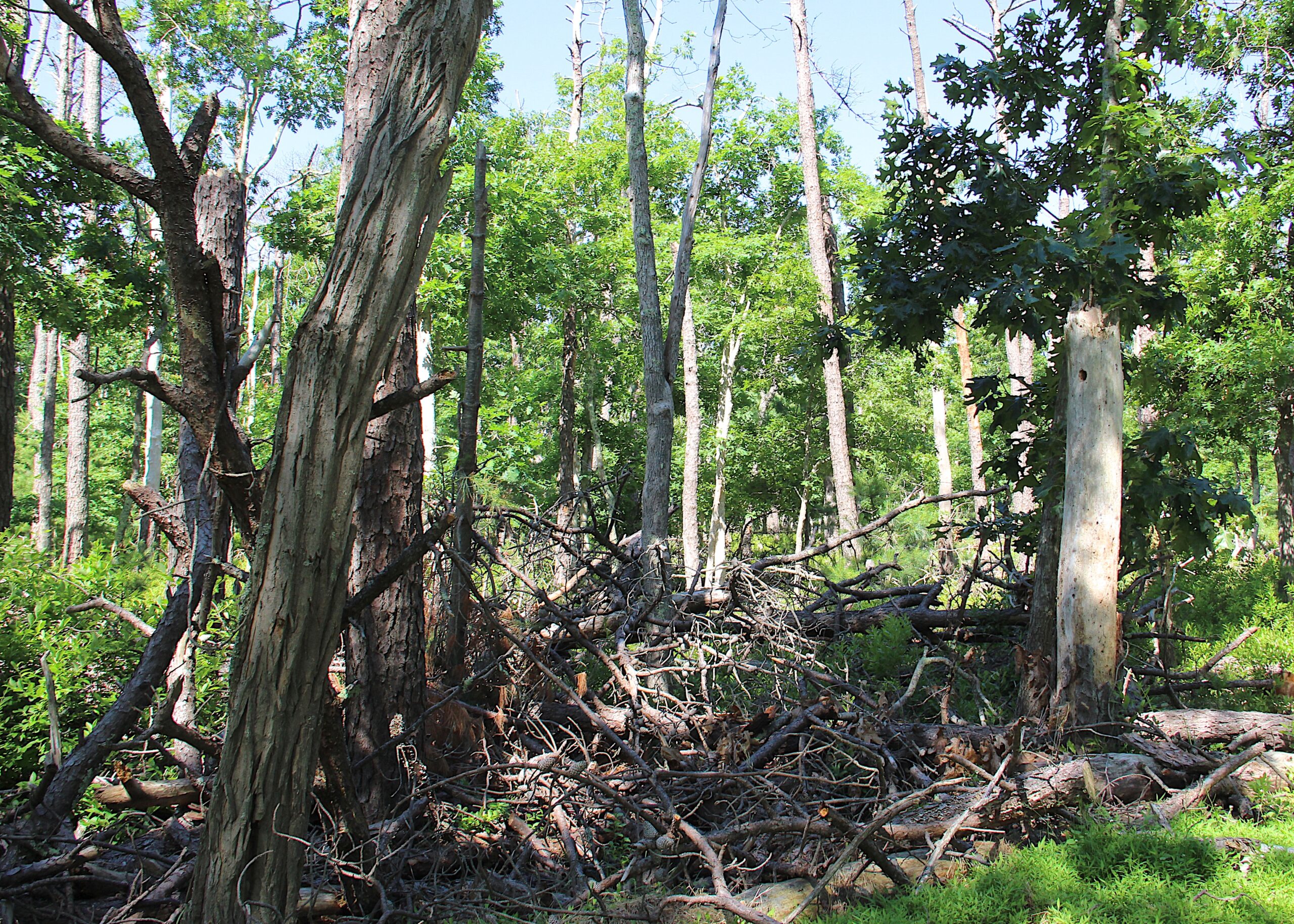 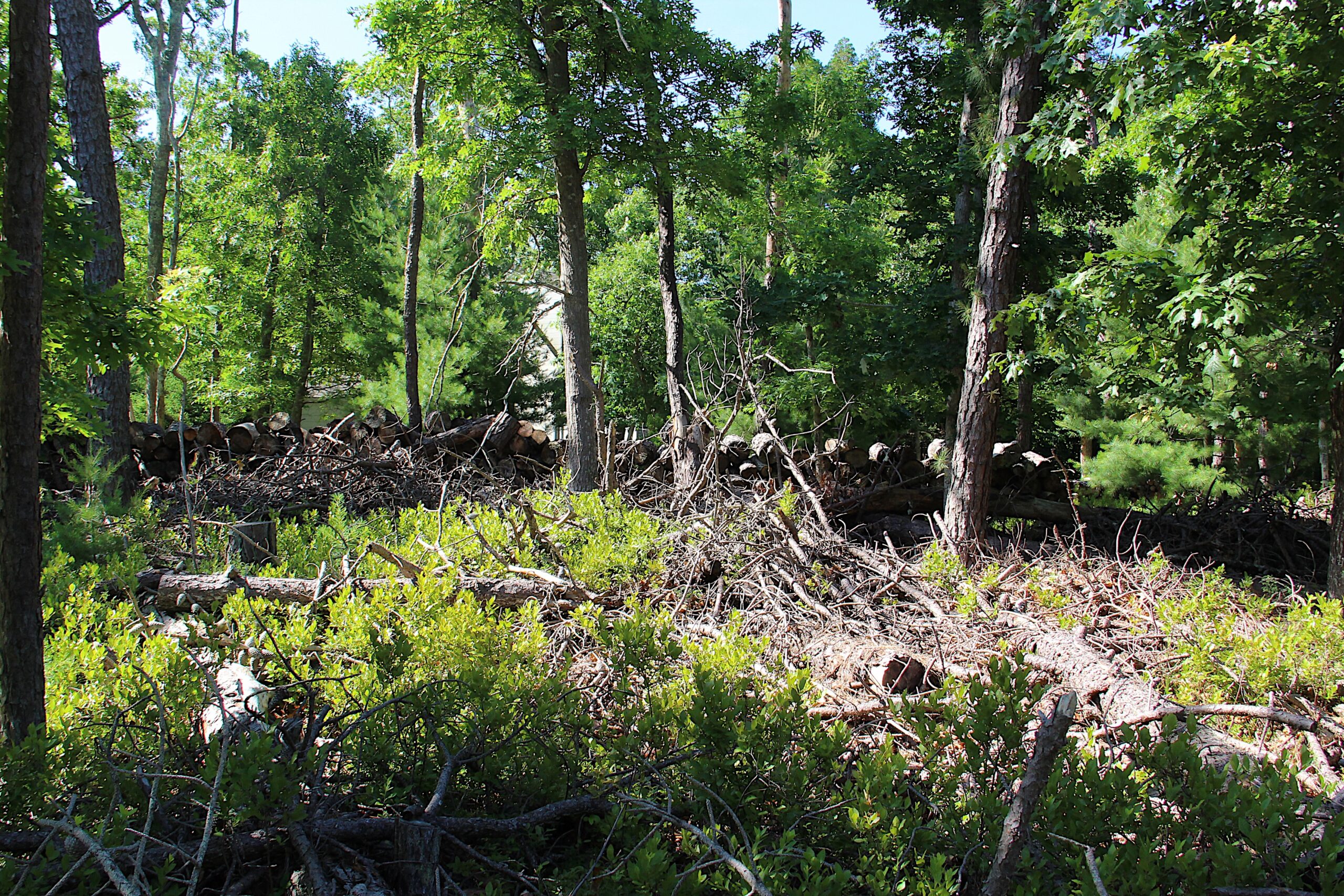 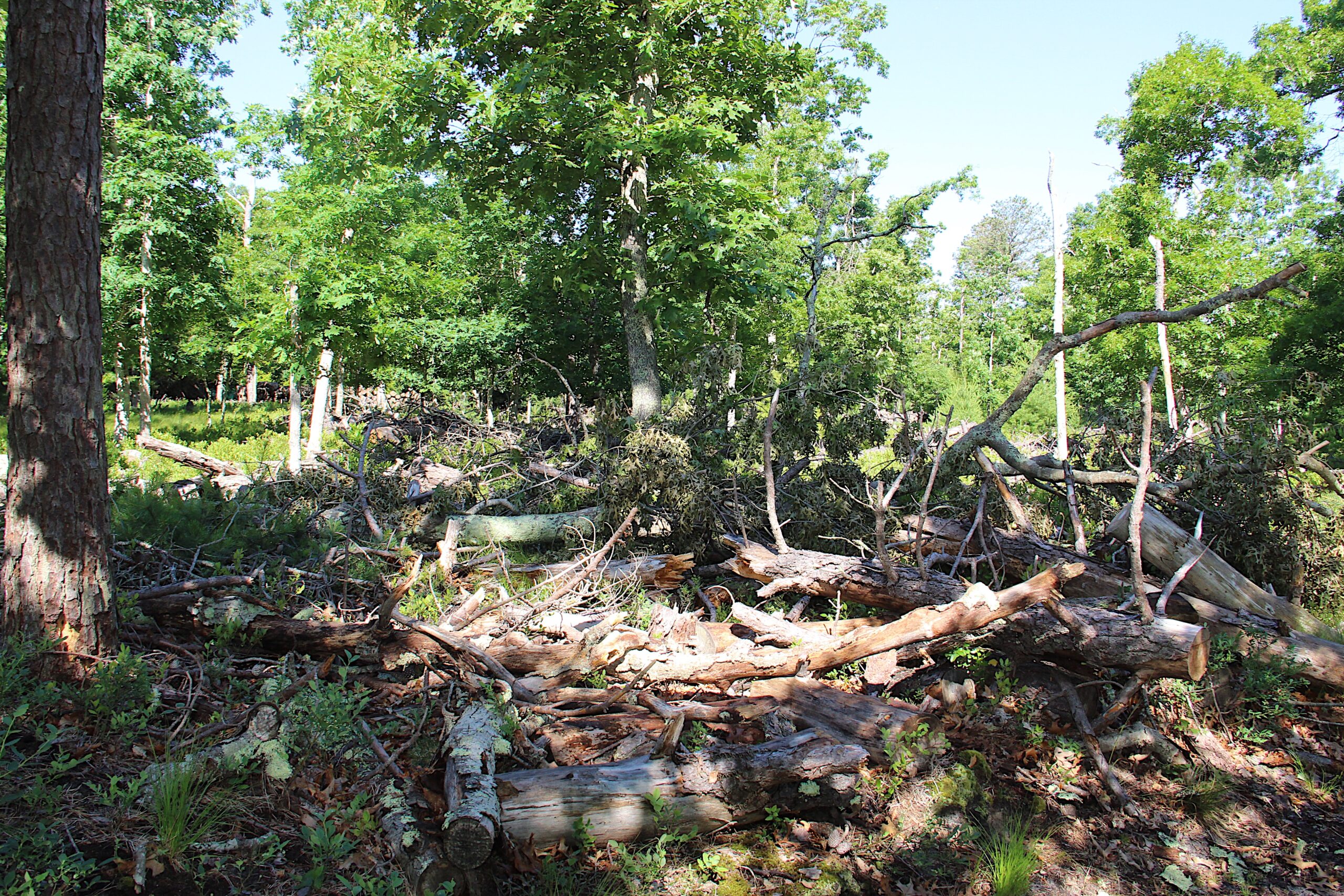 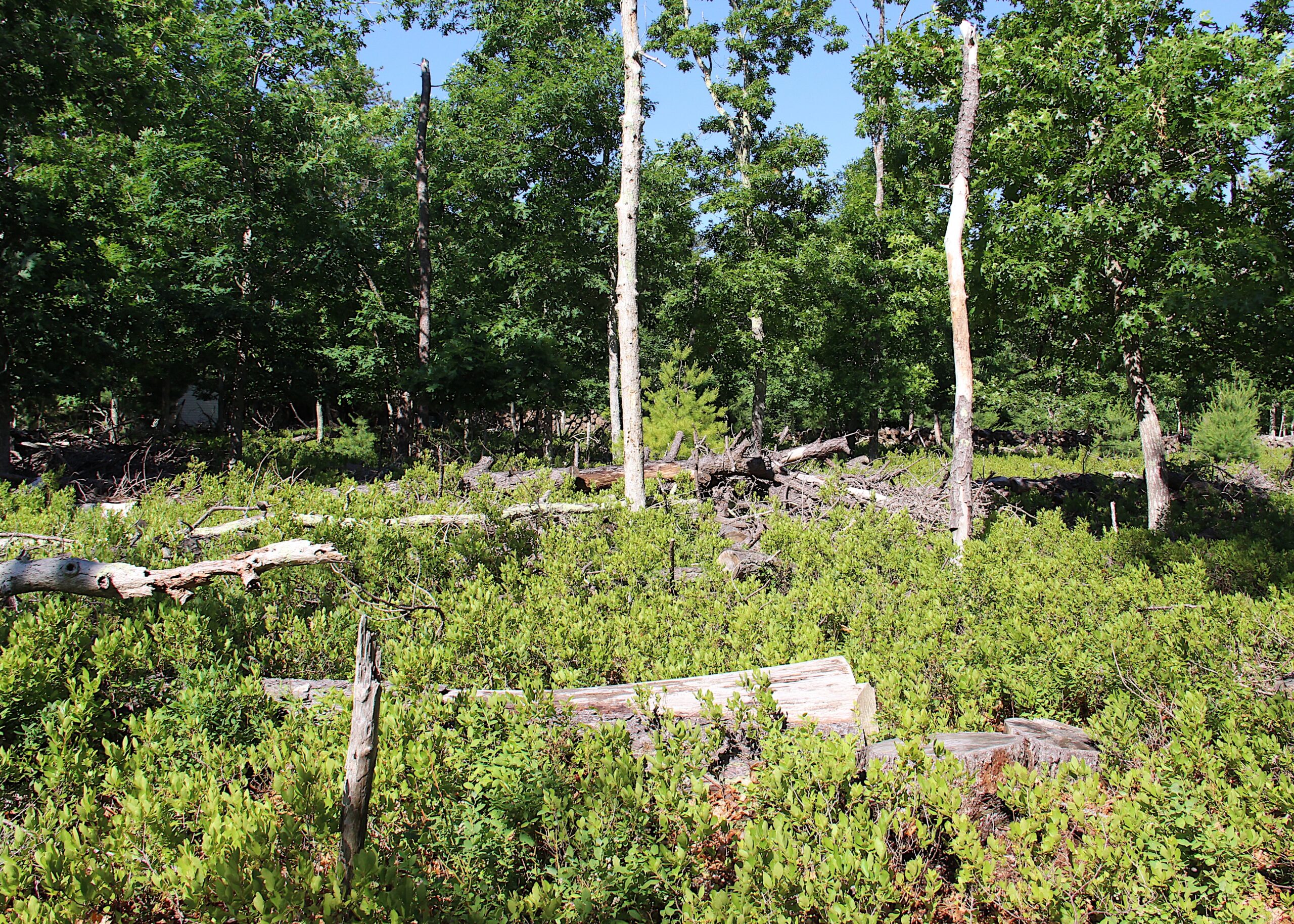 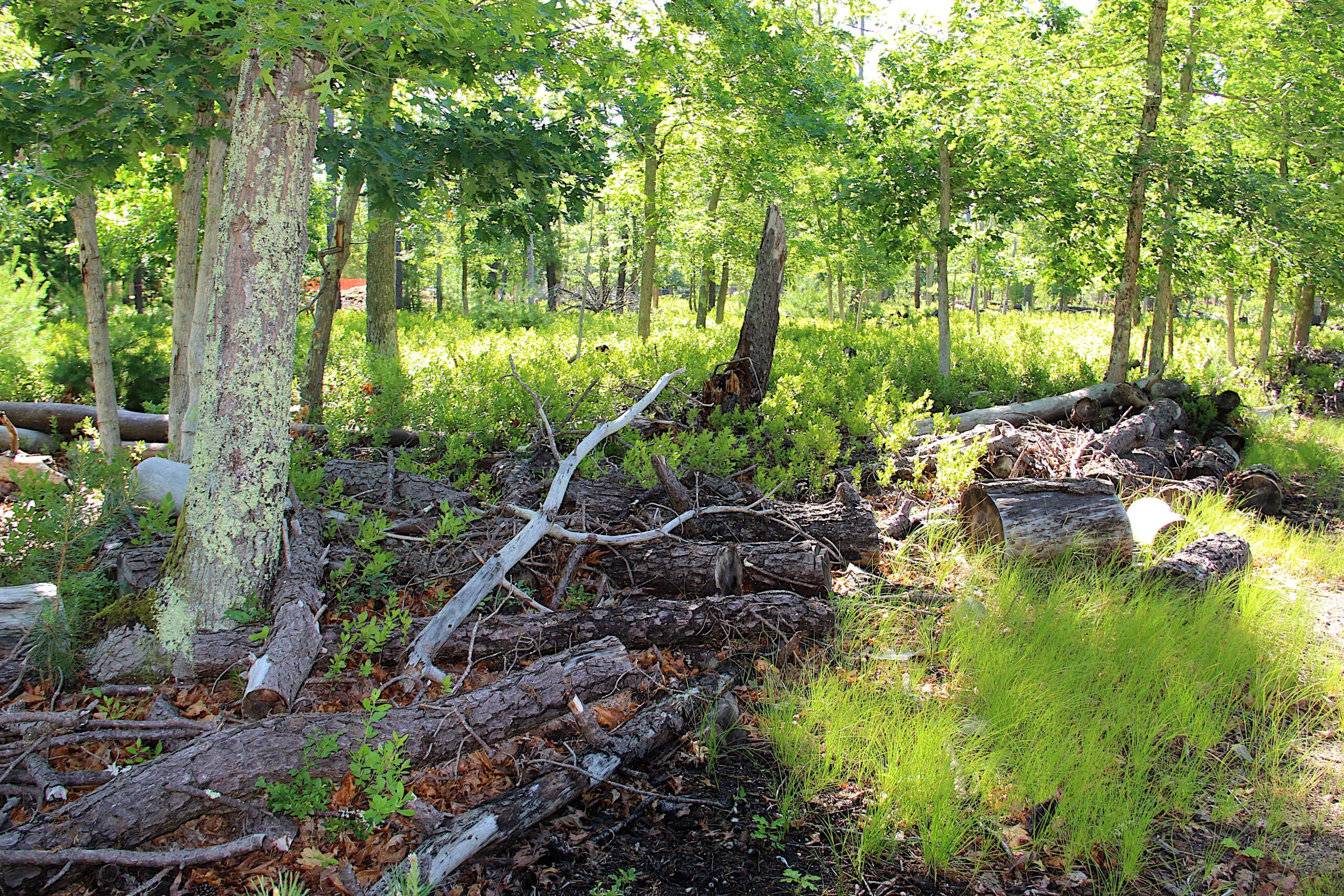 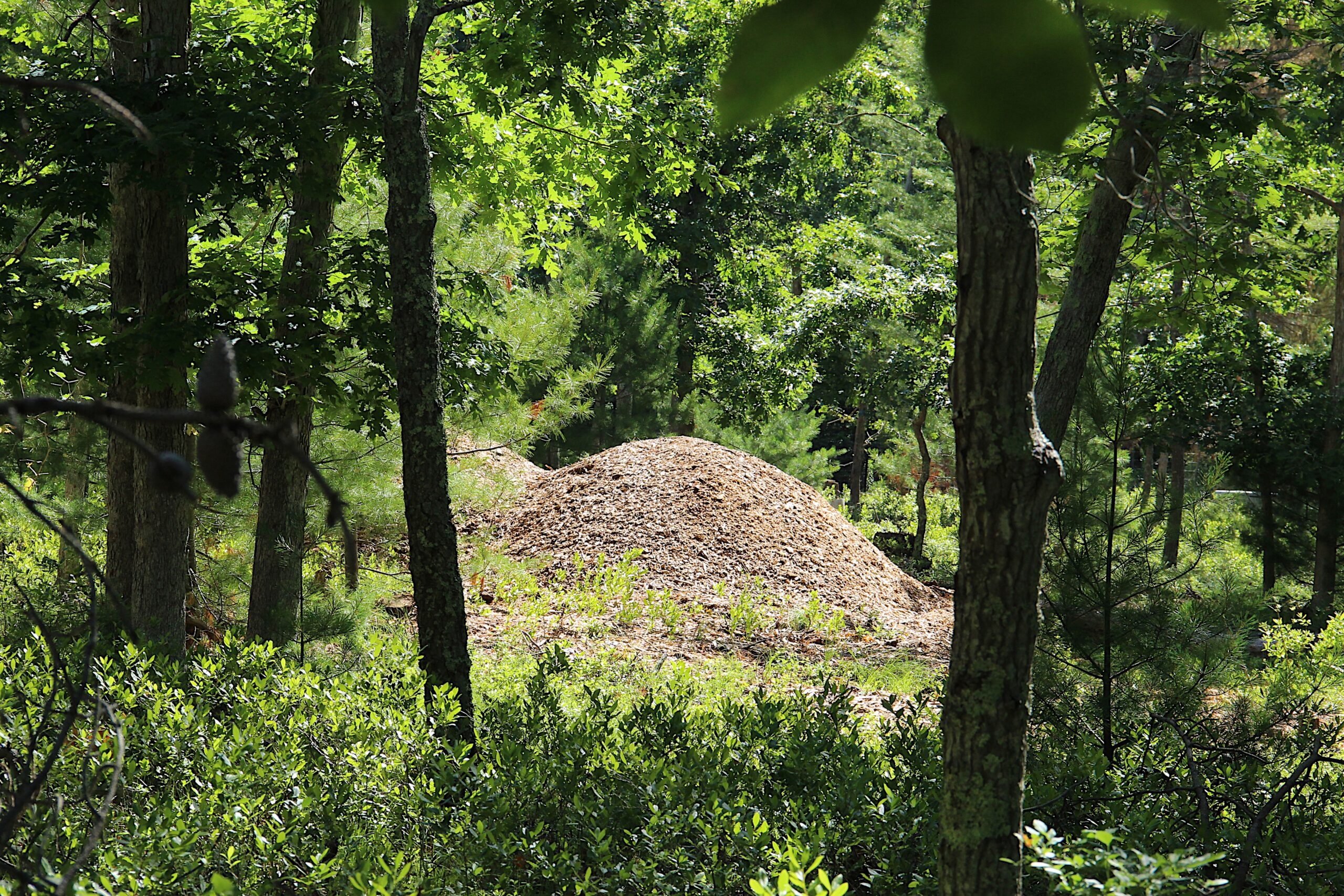 A mound left by wood chippers in the Northwest Woods. KYRIL BROMLEY 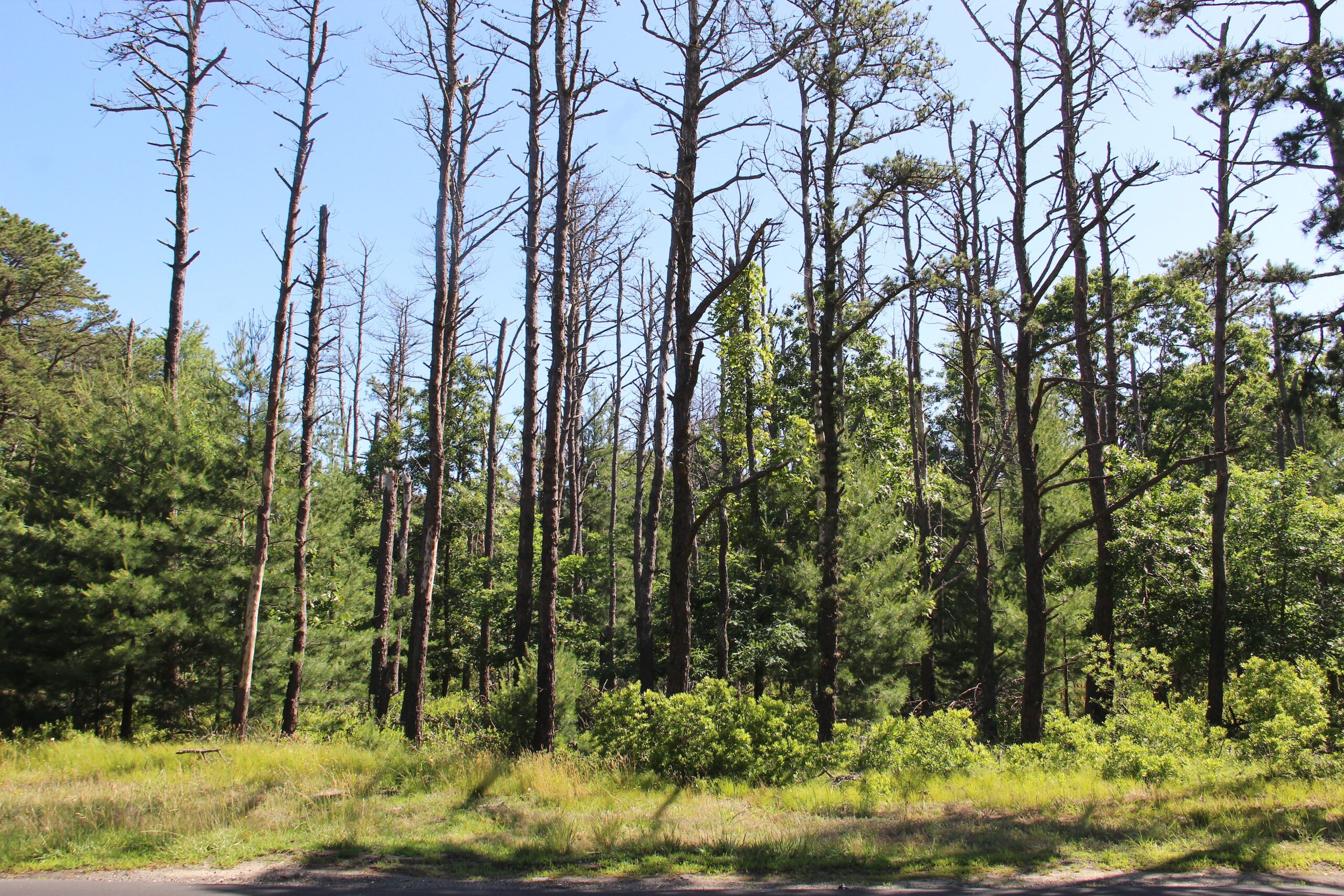 A scene near Peter Van Scoyoc's property in Northwest Woods.

In the early 1990s, Peter Van Scoyoc and his wife, Marilyn, bought 5 acres of land across two adjacent lots in Northwest Woods and built a Cape Cod-style house there — taking down fewer than 50 trees in the process.

Little did they know, they would eventually be forced to clear over 700 more.

“We loved being in the middle of the forest and nestled away,” Van Scoyoc said. “We really never wanted to clear any tree and my kids grew up not wanting any tree cleared either. It was pretty traumatic.”

Of the nearly 900 original trees on the property, fewer than 75 are still left standing, the East Hampton Town supervisor reported, following the devastating waves of destruction caused by the southern pine beetle starting in 2017 — in part due to increasingly mild winters that have allowed the beetles to not only survive, but flourish, here.

And they are not the only pests benefiting from rising temperatures and climate change, in general, experts say, pointing to lower pest mortality rates and increased populations of ticks and mosquitoes.

“We’re just creating a more hospitable world for them to thrive in,” said Brian Smith, the former vice president of the Long Island Native Plant Initiative. “There seems to be wave after wave of things that didn’t exist here before.”

No larger than a grain of rice, the southern pine beetle swiftly infests pitch pine — the main tree species of the Pine Barrens — as the insects bore channels into the trees, killing them en masse in four to six weeks.

The order of magnitude is approximately 10, Van Scoyoc said, meaning that 10 infected trees will very soon turn to 100 trees — and, after that, the next surge will be 1,000.

It is difficult to quantify the damage caused by the southern pine beetle in the Central Pine Barrens, but it has been “significant,” according to Polly Weigand, the science and stewardship program manager for the Central Pine Barrens Joint Planning and Policy Commission. Since 2014, more than 42,000 infested and buffer trees have been felled by the New York State Department of Environmental Conservation and other public agencies in response to the beetles, she said.

“This provides only a slight glimpse of the impact,” she said, “as this does not take into account the hundreds of thousands of trees that have died as a result of southern pine beetle.”

As temperatures continue to rise, other pests like ticks and mosquitoes — which are cold-blooded — continue to benefit, according to Scott Campbell, director of the Arthropod-Borne Disease Program of the Suffolk County Department of Health Services, as do the pathogens found within them.

A warming climate increases activity in ticks and mosquitoes, which leads to higher biting rates, Campbell explained, and he advises homeowners to make their properties less hospitable for these pests. For ticks, keep yards on the drier side — ticks prefer moist environments — and remove brush or wood piles on the ground where rodents live. Spray only where ticks are found, he said.

In the case of southern pine beetles, the telltale red flag of an infestation is popcorn-sized clumps of resin called pitch tubes oozing from the bark of pine trees, and officials urge homeowners to not only have their trees inspected — a service that East Hampton Town offers for free — but to also cut down decimated trees immediately and report them.

Additional signs of infestation include s-shaped tunnels under the bark, reddish needles and very small scattershot exit holes in the tree, Fernandez said.

In the meantime, Smith suggests taking a break from planting pitch pines and to consider an alternative, like an Eastern red cedar, instead.

“If something is happening, take it seriously and just leave that species alone for a little while, let it run its course,” he said. “Plant something else that will give you color and enjoyment, and revisit it a couple years afterward.”

Off and on since 2017, the Van Scoyocs have reforested parts of their land, leaving the enduring pitch pines in clusters by themselves. “They’re islands now and I think they may be safe,” he said. “It’s hard to say if they’ll get infected.”

The property, as it exists today, is a far cry from what it one was — but the family is “just trying to make lemonade out of lemons here,” Van Scoyoc said. They have sunsets off their balcony now, he said, and have enjoyed watching turkeys, birds and rabbits repopulate the area, scampering through blueberry and bearberry bushes.

But a handful of stumps from the felled pitch pines still remain — each a specter of the insects that destroyed them, still lurking in the forest.

“It’s hard seeing them. They’re almost like tomb stones lying around,” Van Scoyoc said of the stumps. “I have an affinity for the natural world — trees and the forest, anyway. It’s almost like family members.”