Now Is The Time For Pool Winterization - 27 East

Now Is The Time For Pool Winterization 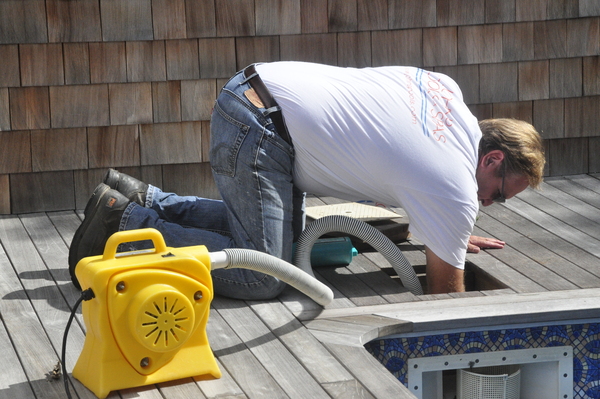 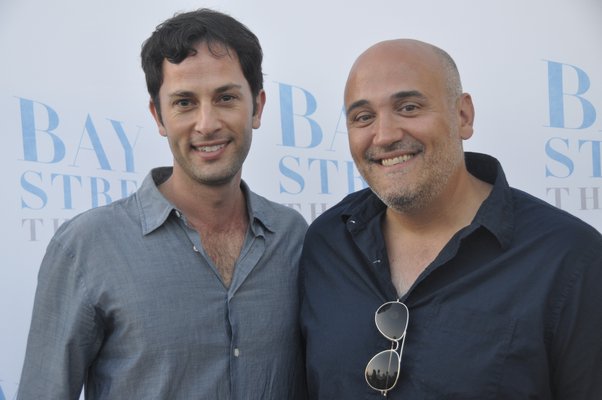 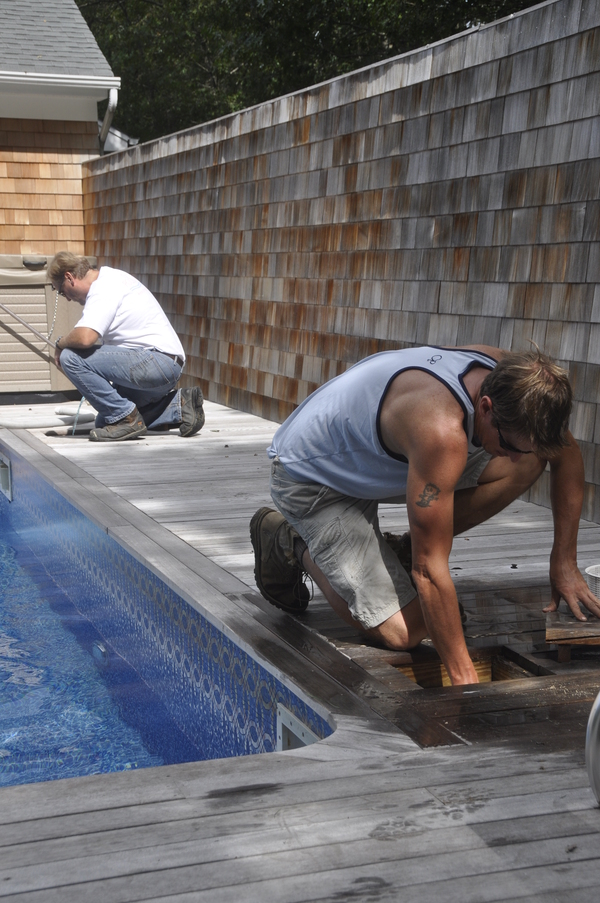 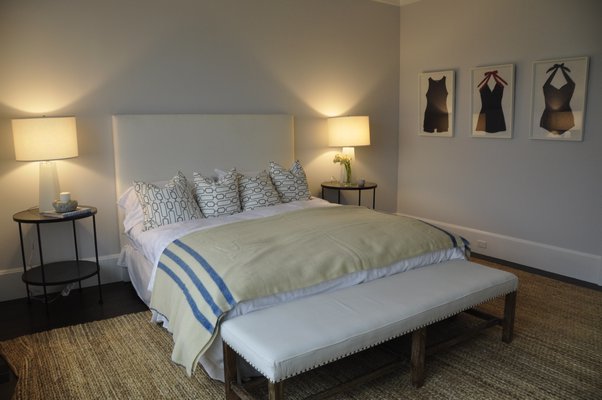 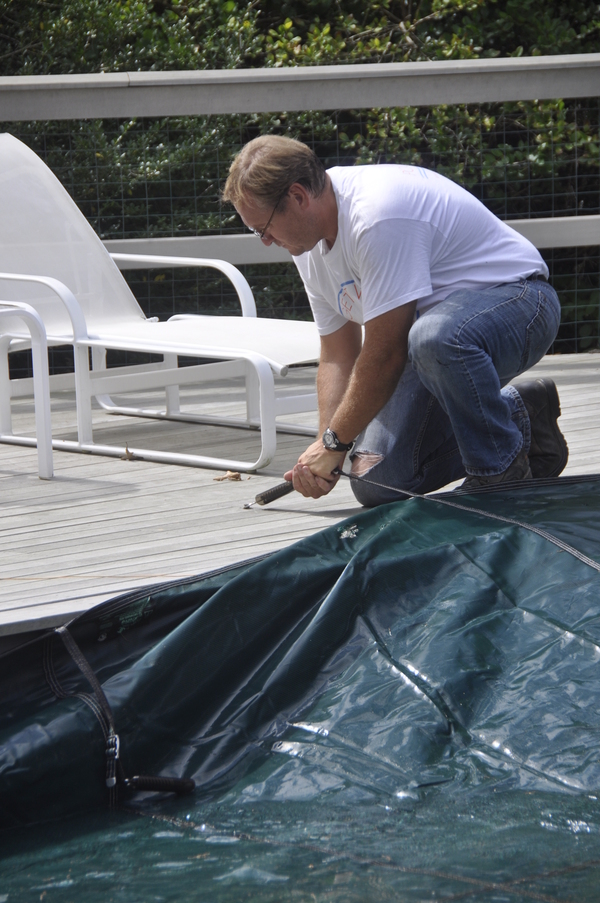 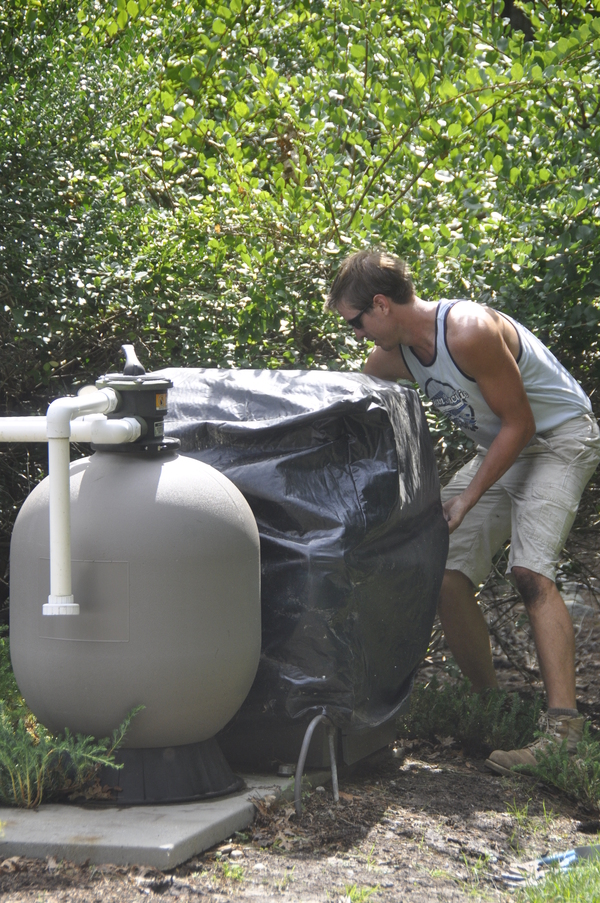 Dropping temperatures and falling leaves mark the end of summer and the East End tourist scene. But with the change of seasons comes the time for swimming pool winterization, which is now in full swing, and pool maintenance companies have thousands of closures on their hands with just a few months in which to do them.

“The cut-off date is before it gets to freezing, which obviously depends on the weather,” said Ian Fyffe, owner of Sparkling Pools in Sag Harbor. “The principle is to protect the pool, the underground plumbing and the equipment from freeze damage. That’s the whole point of winterizing.”

Ms. Schoeck said she has seen some of her clients who chose not to winterize their pools skid away scot-free from damages, but she added that it’s better not to chance it.

“You stand the risk of thousands of dollars worth of repairs to your pool because the lines around your pool may freeze, as well as the equipment—the pump, the filter and the heater,” she said. “You could wind up replacing all of it.”

To avoid freeze damage, the skimmer and return lines—which channel the water through the filtering system and back into the pool—are blown out with a compressor after the pool’s water level is lowered about 18 inches, or at least six to eight inches below the skimmers, the experts said, while the rest of the water remains in the pool.

If a considerable amount of water remains in the lines, it will freeze, expand and crack the lines. As a preventative measure, the lines are treated with anti-freeze, Ms. Schoeck and Mr. Fyffe said.

“Most of the time we don’t know who built the pool,” Mr. Fyffe said. “Anyplace you have a belly in the pipe, water is going to collect there, it can freeze and it can break. The principle is to evacuate the water from the lines.”

On site at a pool closing in Quogue last week, John’s Pools & Spas Executive Manager Stanley Schorr explained that some of the equipment—including the heater and filter—are drained, while the pump is detached and stored in a dry storage unit. Pool technician Brad McNamara removed the heater tray from the heater and applied the repellent “Mice Away” before putting on its cover.

“It’s preventative maintenance to get these guys out of here,” he said, giving the tray a firm pull. “The wet ground corrodes them and mice love to make nests in them. If you don’t do it right, when you turn it on in the spring, everything in Mother Nature’s forest comes running out of here.”

Mr. Schorr and Mr. McNamara added chemicals, including chlorine, oxidizer and a sanitizer, to the pool to kill germs and to burn off the algae, they explained. Some companies also add a winterizer, Mr. Schorr said.

“Water is the universal solvent, and unbalanced water can mess up your pool if it’s just sitting there,” Mr. Fyffe said. “Make sure water chemistry is in proper balance because it’s going to be sitting there for six months.”

For the winter pool cover, many clients use a spring-loaded, mesh cover (a popular brand is Loop-Loc, which runs between $1,000 and $1,500, depending on pool size)—as opposed to a water bag cover, which resembles a tarp held down by water-filled tubes around its edges, Ms. Schoeck explained.

“The problem with a water bag cover is that when it rains all winter, the water accumulates on top and it becomes a slippery, dangerous mess,” she said. “It’s a source of drowning in Suffolk County because the kids walk on the water bag cover and slip into the mucky, green, leafy water.”

As leaves and snow accumulate on top of the cover, it will ultimately be pushed down. Make sure the water remains at the right level—while not rising too high—to help alleviate some of the added weight.

“The water is gonna freeze,” Mr. Fyffe said. “The walls of the pool are stronger than the pressure of the ice. Like everything in life, things move to the path of less resistance. The ice is going to go up. The cover is designed so it can handle a snow load, but the water will help support it. Some of our snows are really, really heavy.”

Ms. Schoeck said she generally charges $500 to close a pool. Mr. Fyffe said the average closing process costs the same, but can run up to $3,000, depending on how intricate the system is.

There are those who choose to do their own pool closing, without the help of the professional, Mr. Fyffe said, adding that it’s a matter of personal preference. And skill.

“Sure, you can close your own pool, like you can change the oil on your car if you want to,” he said. “I choose not to. I take it back to the dealer and for $30, he changes my oil.”

For those who maintain their pools on their own, winterization shouldn’t be too great a struggle, Ms. Schoeck said, but she warned that it can be more intricate than it looks and recommends closing sooner rather than later.

“If they’re closing it themselves, especially for the first time, it would be a happier experience if they did it before the water gets very cold,” she said. “Otherwise, my crew is rough and tough, and they’ve closed pools up until it freezes.”