Party On! Unless You're A Honeybee - 27 East 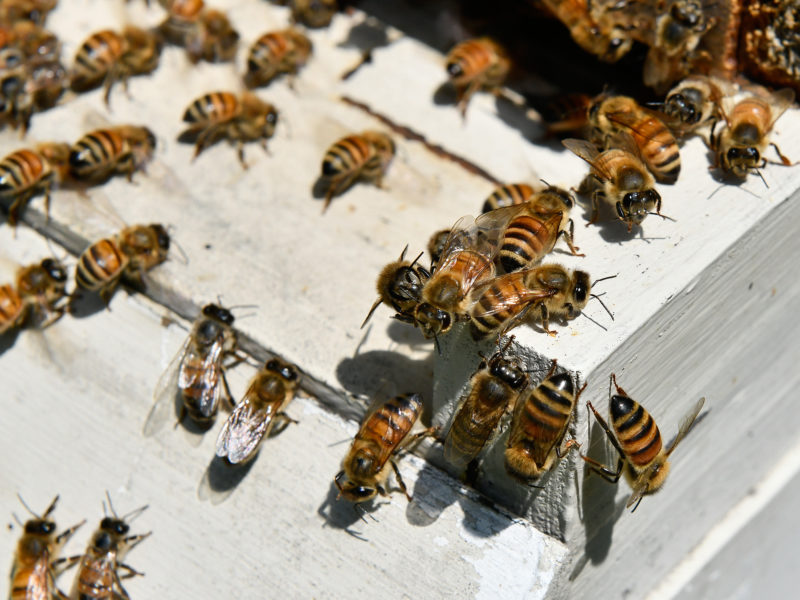 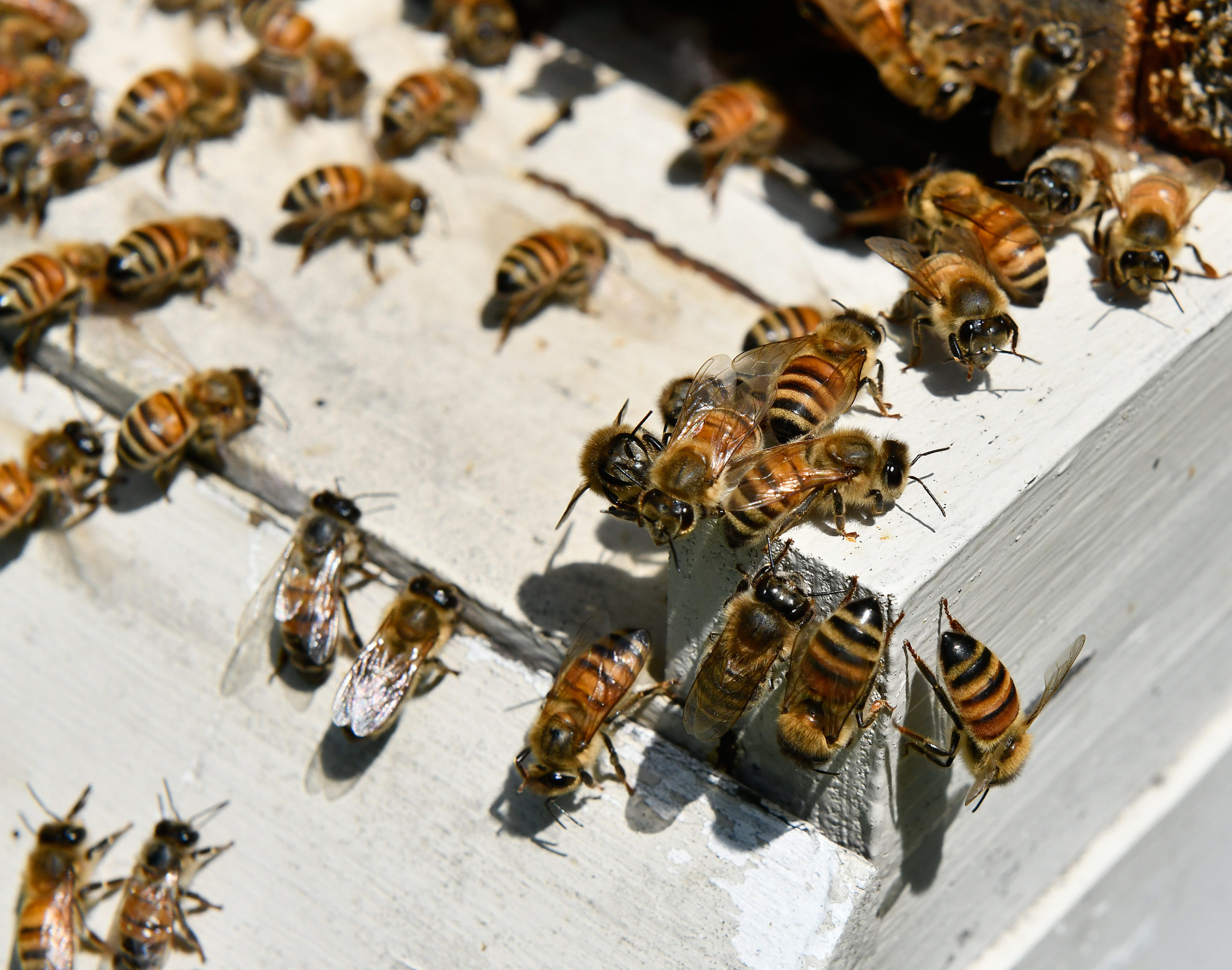 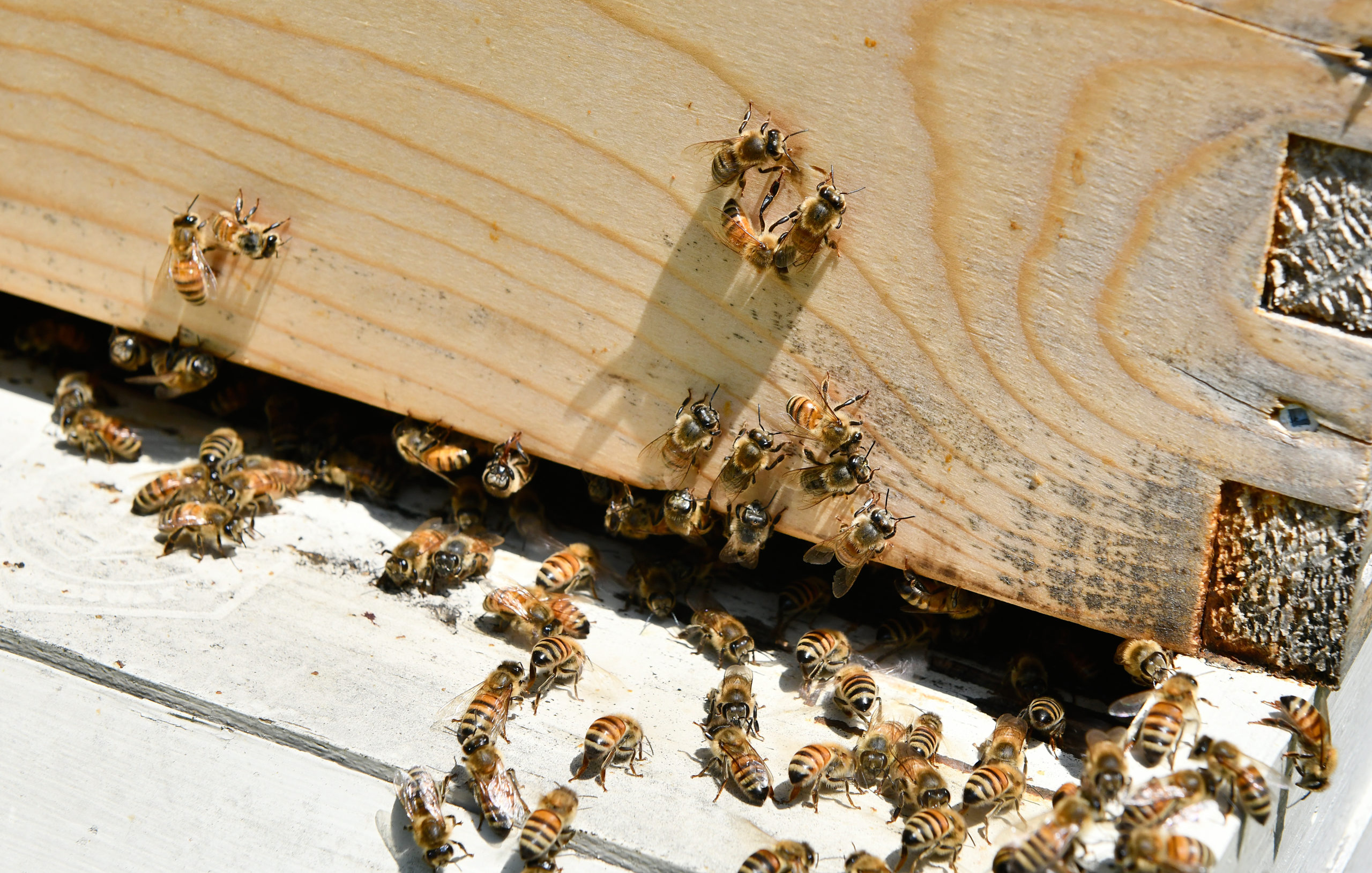 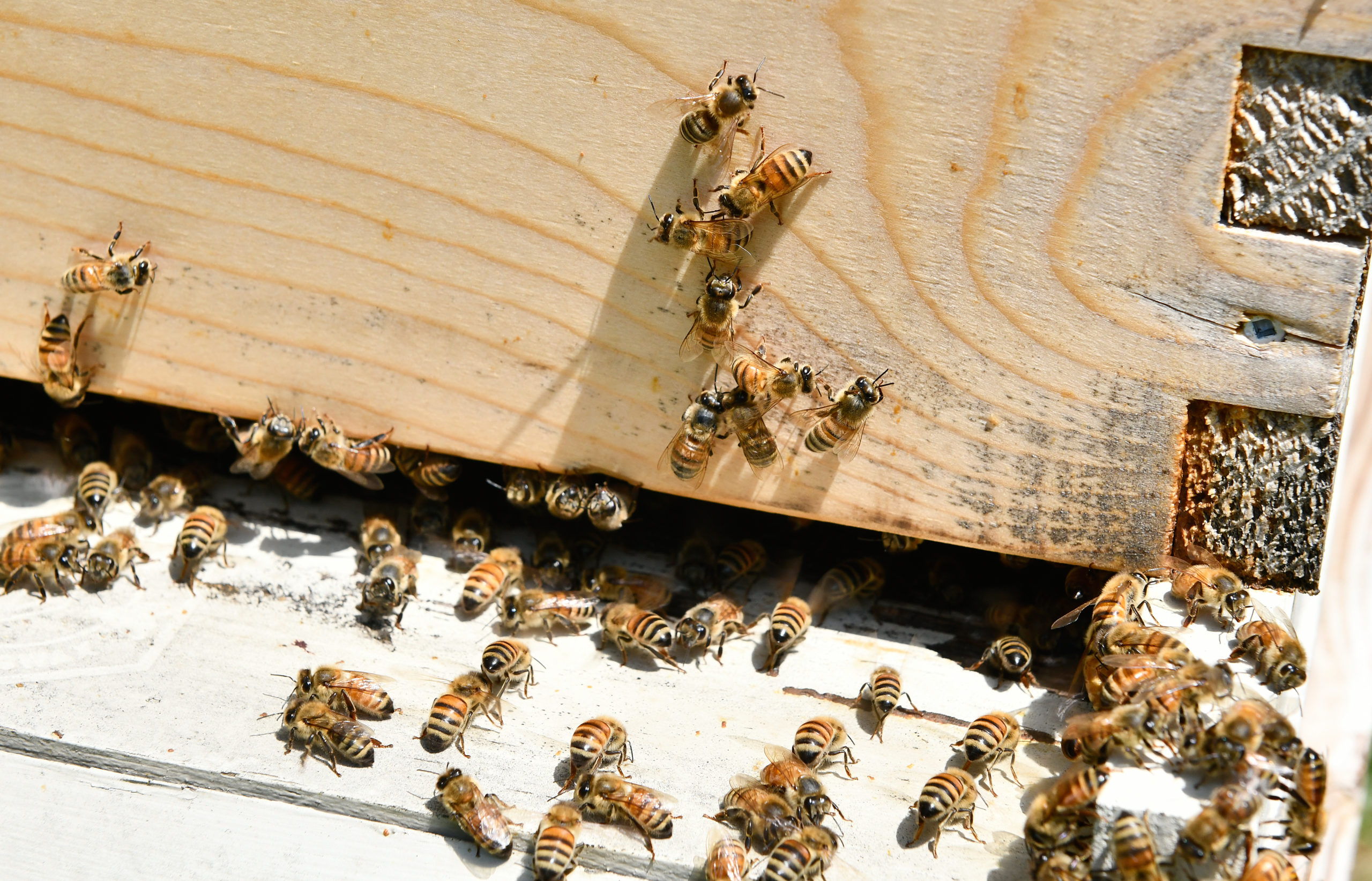 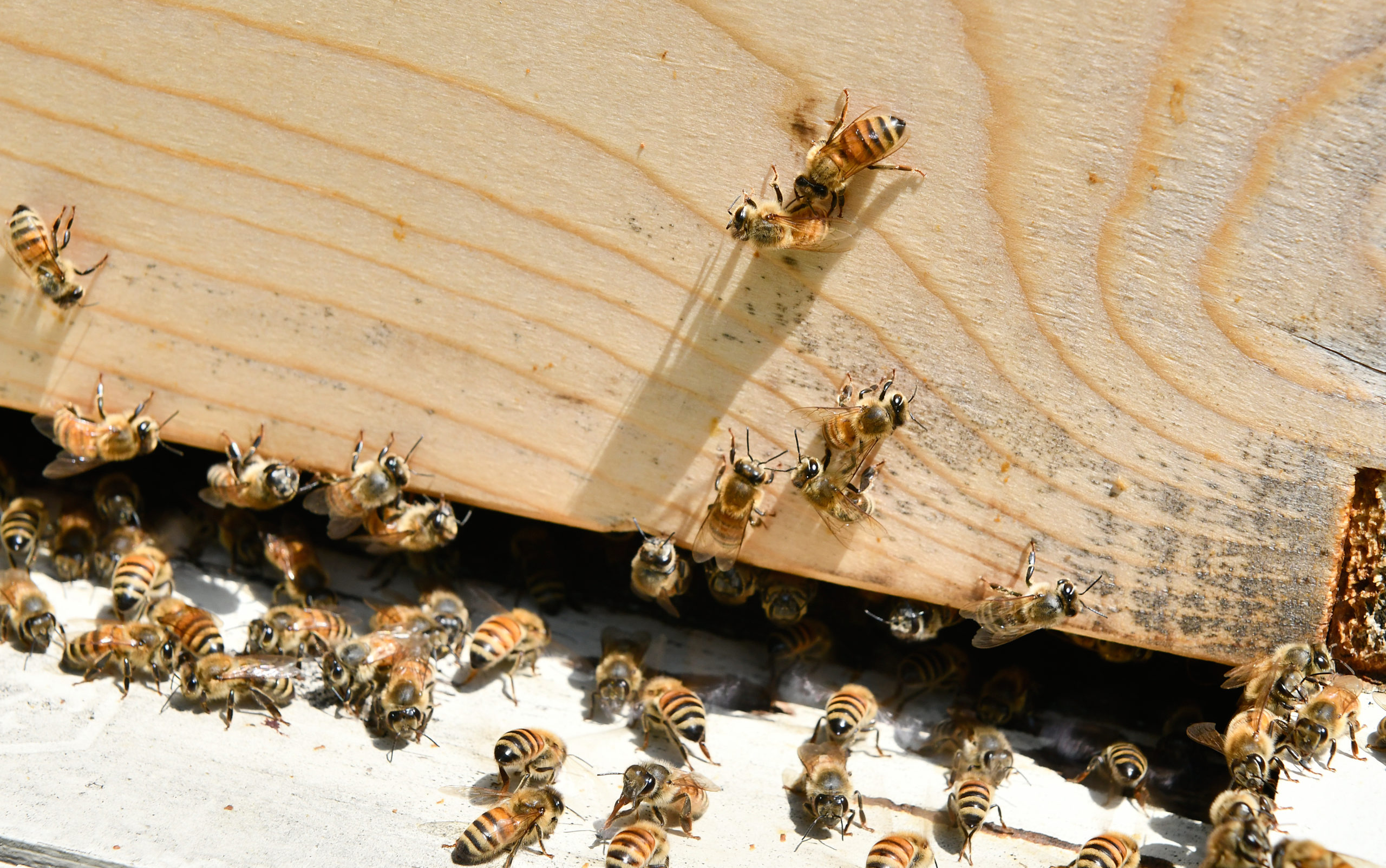 Memorial Day weekend. The start of summer in the Hamptons. Winter finally seems to have taken its last bow, mask mandates are easing up, COVID vaccines are available to anyone who wants them, and restaurants and bars are beginning to get back to something like normal. Let the revelry begin!

Unless you’re a bee. Then you’d better just behave yourself. Turns out, honeybees have very strict rules against hearty partying.

A beehive works because everybody has a job to do, and everybody does that job with a single-minded focus. Nurse bees feed the larvae, as often as once every minute. Construction bees extrude flakes of wax from their abdomens and shape those flakes into perfectly configured hexagonal cells the colony uses to store honey, pollen and baby bees.

Stock clerks take the nectar their foraging sisters bring back to the hive and pour it into those wax cells, while other bees fan the enzyme-infused nectar with their wings, reducing the moisture content until it turns into honey, at which point still other bees seal up the cells with wax cappings, preserving it in the same way that you might take summer’s bounty of wild wineberries and make jars of jam to get you through a long fruitless winter.

In order for tens of thousands of creatures to co-exist and thrive, things have to be pretty well-organized, and one of the ways bees keep things moving smoothly along is by keeping the rowdy drunks out of the way.

As it happens, bees don’t have to visit a bar to get a buzz on. Ethanol, the intoxicating agent that might make you regret that third margarita, has a similar effect on bees. Occasionally, foraging honeybees will happen on a nectar source that has fermented due to the perfect combination of weather, water and wild yeast spores drifting in the air and finding their way to that nectar.

Ethanol affects bees in much the same way it affects people — a little bit makes them sort of silly. They stick out their tongues, get a little wobbly, have trouble flying straight, and might even be unable to find their way back to the hive. A really drunk bee might end up on its back, waggling its legs in the air, unable to right itself. If a drunk bee does manage to find its way back to the hive, it will not get a warm reception.

At the entrance to any honeybee colony, guard bees keep watch. Their primary job is to keep out predators — wasps, hornets, mice and sometimes us beekeepers. But if a bee shows up on the doorstep drunk, those guard bees turn into quite effective bouncers. At a minimum, they will block the door and keep the offender outside. At worst, they might chew off her legs — a pretty harsh penalty for going on a bender, but when it comes to bees, rules are nonnegotiable.

Researchers aren’t entirely sure why a drunk bee is treated so harshly by her sisters, but they do have a couple of good theories. First, if the bee comes back loaded up with fermented nectar, and that nectar is deposited into the colony’s honey stores, it can start a chain reaction leading to fermentation of a good portion of the hive’s honey. In fact, the first alcoholic drink enjoyed by humans was mead, which is fermented honey. It’s delicious, but not a good primary food source for a colony of honeybees. You might enjoy a glass or two of wine, but if your entire diet was composed of alcoholic beverages, you wouldn’t get much done, and you probably wouldn’t last very long. The same goes for our six-legged friends.

In small doses, ethanol affects bees’ ability to function normally. They spend less time flying, walking and grooming themselves. If they make it into the hive, they’re less effective at transferring nectar to the house bees. Essentially, it disrupts the social behaviors necessary to keep the hive humming along. In larger doses, ethanol is fatal, so if the hive’s honey stores are turned into mead, the hive is doomed.

Another reason the party insects might be kept out is because of their potential for upsetting the internal order. As it does with humans, too much ethanol can make bees more unruly and even aggressive. A good guard bee isn’t about to let her drunk sisters wreak havoc with the hive’s carefully ordered life.

So enjoy your weekend, celebrate the warm weather, and if you feel so inclined, raise a glass to the honeybee.