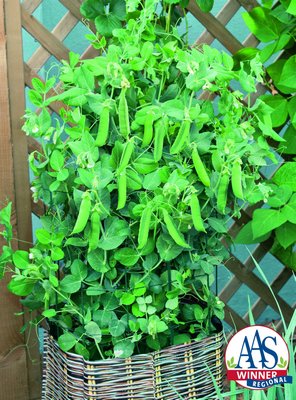 Patio Pride is a fast and early pea that matures in only 40 days and can be grown in pots on balconies, window sills or as a very early garden pea. COURTESY AAS 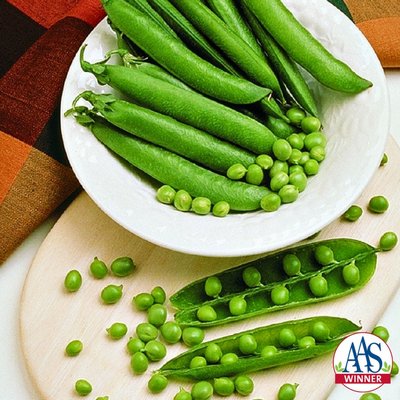 Mr. Big is an English or garden pea that was bred for its large pods and high yields. The large pods are easy to shell and the plants often produce two pods per node. Vines reach 2 to 3 feet, mature in about 60 days and need vertical support. COURTESY AAS 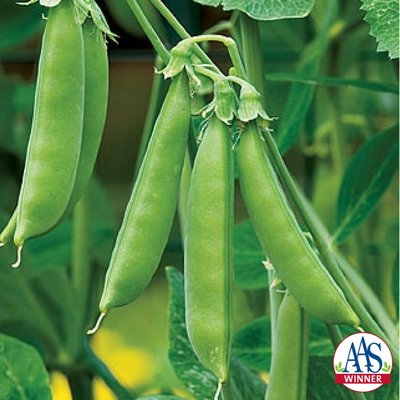 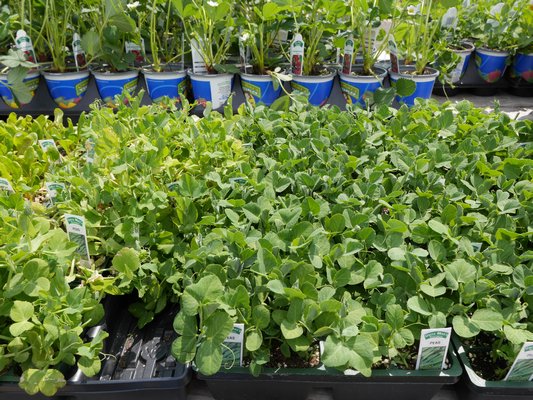 Being legumes, peas don’t really like being transplanted, but some garden centers offer cell packs of ready-to-plant garden peas in early to mid-April. ANDREW MESSINGER

I know it’s only February and we’re still being threatened by the cold, cold heart of the polar vortex and the snow that’s inevitable, but it’s time to think warmer thoughts and of things to be planted, like peas.

Peas are one of our earliest planted veggie crops and one of the easiest. They require little to no fertilizer, have few pest issues and, as the plant world goes, are pretty amazing. And while they may not have the fabled allure of Jack and the beanstalk, kids will love Penelope and Peter pea as they’re great learning experiences for young gardeners-to-be.

Growing peas in the backyard garden or in pots and planters is easy and produces one of the first-choice crops of the season that’s important as a fresh harvest, in cooking and as a quick and healthy snack. A cool-season crop, peas should be planted between mid-March and May 1. By using fast-maturing varieties, it’s possible to have peas on the table in early May and the harvest can last until mid-summer.

Many gardeners resist growing peas because harvests can be scant, even on sturdy plants. You used to need to devote a fairly large area of the garden to assure abundance and to counteract the fact that you’ll eat a certain percentage of the crop before it makes it to the kitchen. But there are newer varieties with improved yields and smaller plants. There’s a variety that you can now grow in a small 8-inch pot and others with edible pods, and these factors help those with limited space.

One of the pea family’s most valuable attributes is its ability to manufacture nitrogen and release it into the soil, and as legumes they can thrive in less fertile soil—an especially attractive trait for East End gardens. In fact, there are wild peas that grow out on the sand dunes appropriately called beach peas (Lathyrus japonicus), but they are not edible.

Three kinds of garden peas can be sown as soon as the ground thaws for a late spring to early summer crop: Snap peas, also known as sugar snaps, which not only have edible pods but also produce sweet peas; English or garden peas, which are the traditional pea, eaten for the seed, not the pod, and are often referred to as shelling peas; and snow or Oriental peas, in which seed development is retarded and the plants are prized for the paper-thin pods themselves, harvested when tender and eaten raw, in salads or used in cooking.

Peas, being cool-weather crops, can come up quickly even when the soil is too cold for other crops, and they thrive best before the summer heats up. In fact, heat slows pod production. There may be plenty of blooms on the plants, but when it gets too hot they will drop off before pods “set.” This generally means that by early July pea vines will pretty much stop producing altogether, and you can plan to use the same garden space for a second crop like cabbage, Brussels sprouts, spinach or other late-season greens that will additionally benefit from the nitrogen left behind by the pea plants.

Breeders have had successes over the years and today’s best peas—those that produce heavily but are sweet and tender—boast double pods on each stem end. This means more peas on each vine and excellent flavor. Look for plants described as “high yielding.”

If space is your issue and you have only a patio, small yard or balcony, you should try Burpee’s Peas-in-a-Pot. This pea matures in only 55 days and the plants are only 10 inches tall, though they still produce 3-inch pods and can be grown in 8-inch pots. They’re also said to be hardy to 20 degrees so you can plant them again in September and October, harvesting into the fall.

The timing of the plantings can be critical. Seed planted too early may sit and rot, so many gardeners do succession planting. This accomplishes two things. With weekly plantings, if your first crop fails to germinate then your second one probably will and a succession of plantings also assures that not all of your peas will mature at the same time, resulting in a longer harvest.

Varieties that take a while to mature—“main season” peas—should go in earlier, timed to mature in June before the heat and humidity becomes oppressive. These varieties include the original and still hugely popular Sugar Snap, which matures in nine weeks; Multistar, Green Arrow, Wando and Lincoln, all garden pea varieties that mature in eight to nine weeks; and Mammoth Melting Sugar, a snow pea that matures in the same time frame. Faster producing varieties can go in later. These include Sugar Ann as a snap pea, Daybreak and Alaska for garden peas and Dwarf Gray Sugar in the snow pea category.

For the novice, the issue of when to plant different pea varieties can be quite confusing because varieties are often described as “early” or “late.” This almost always refers to when the pea matures, not when it should be planted; thus a “late” variety should go into the ground in early spring, while an “early” type can go in up to May first and still be expected to produce a good crop.

As you make decisions on what pea varieties and quantities to get, keep in mind that you will probably want to sow another batch in July for a fall harvest. This second crop can be a bit tricky and won’t result in good yields every year, but occasionally you’ll get an early fall harvest that’s always a great bonus if you’ve got the space—and the energy.

Pea plants, even the dwarf varieties, need something to lean on or cling to. If you don’t give them support or something to cling to, your yield will be next to nothing. The old-fashioned method was to let them grow on twigs stuck in the ground. Today gardeners provide a fence or hinged frame strung with netting or netting strung against a sun facing wall. Remember that the vines will follow the sun. If your rows are running east/west don’t put your supports behind them, as the plants will be growing toward the sun, which will be more southerly.

Next week, we’ll get into the planting and growing of the pea patch, using inoculants and what they do, the pea’s miracle root nodules, and getting the kids into the action and fun of this great vegetable. Keep growing.

It’s been cold enough during the past couple of weeks to take garden and garden ... 11 Nov 2019 by Andrew Messinger
Sign in to comment