Prepping House And Yard For Winter 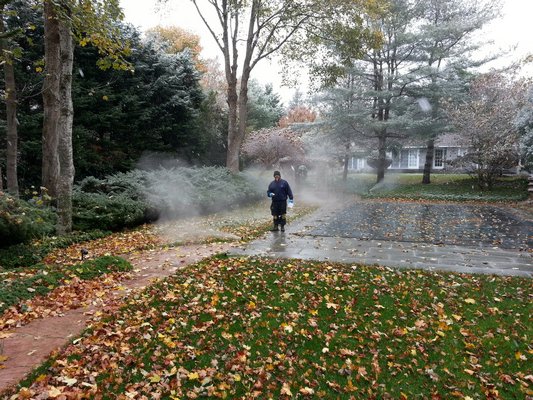 Winterize irrigation systems by blowing out all water from the pipes through the sprinkler heads. COURTESY RB IRRIGATION 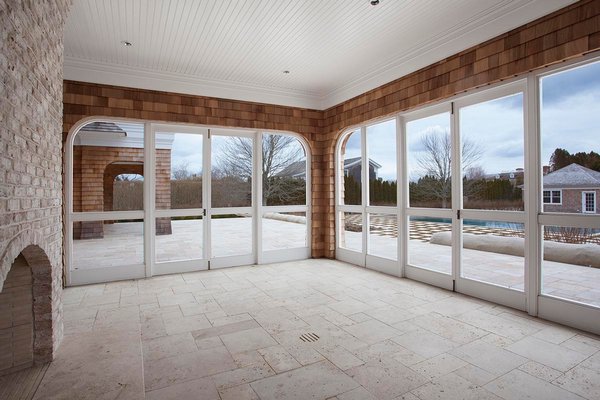 Porches, like this one by builder Jeffrey Colle, should be winterized by removing screens and replacing glass with storm windows. COURTESY MIDDLETON & GENDRON 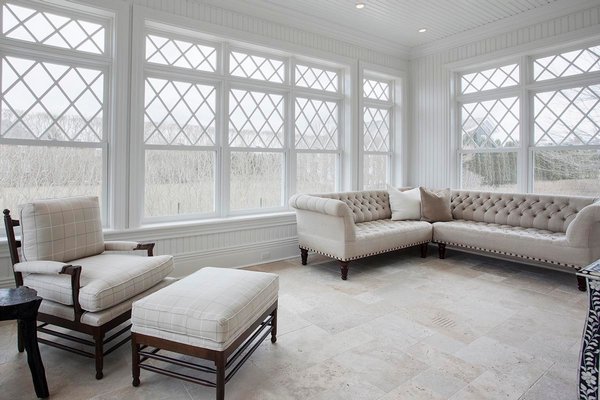 Sunrooms, like this one by builder Jeffrey Colle, should be winterized by removing screens and replacing glass with storm windows. COURTESY MIDDLETON & GENDRON

To the trained eye, a dune is not just a pile of sand. It is a grainy network, wired with vegetation and a root system that holds it in place. Until a hurricane or a nor’easter hits, ripping up shorelines across the East End and leaving dozens of oceanfront properties devastated by the crashing waves and high-powered winds.

Eventually, new sand is trucked in and the beaches are replenished. However, Wainscott-based builder Jeffrey Collé, owner of JC Construction Management, fears there will not be enough time for the dunes to re-network and knit themselves together before the next big storm—opening up homes to more serious flooding as temperatures plummet.

Now, more than ever, is the time to winterize, he said.

“You’re trying to protect against moisture in general,” he said last week during a telephone interview. “Obviously, when water freezes, it expands. When it gets into different crevices, that’s when you start to have problems.”

The key is keeping water away from house—backfilling a home’s foundation with clean sand, installing a sump pump in the basement that turns on automatically to remove accumulated water, and installing window wells that drain properly and are easily accessible for cleaning.

“Also, make sure leaves are out of the gutters so they drain properly, so water doesn’t pool up and freeze,” he said. “Once ice gets in there, they become useless. Water is pouring over as if it’s not there.”

Connect gutters and leaders—which should be installed away from the house—to a dry well in order to keep water from the foundation. Ensure all window and door flashing is properly installed for waterproofing, as well as proper window stripping to prevent cross-breezes. Utilize storm windows, putting all screens into storage—a move that can conserve energy and lower heating costs.

Annual heating system tuning and maintenance can save homeowners 5 to 10 percent on their bills, according to the Energy Communications Council, as well as wrapping exposed pipes with proper insulation to prevent both heat loss and freezing. Replace manual thermostats with a programmable model, and lower it just a few degrees while at work or sleeping.

Outdoors, as the season winds down and the cold weather starts to set in, irrigation systems need to be winterized—typically by Thanksgiving, according to Robert Boyle of RB Irrigation in Westhampton Beach, before the lower temperatures hold.

“We got snow today and it’s pretty cold, but this isn’t the kind of cold that will cause trouble,” Mr. Boyle said last week during a telephone interview. “What will happen is, the water inside the pipes freezes, expands and then cracks the pipes.”

The trick to winterization is to open all of the system drain valves in order to release any remaining water that may be trapped inside by shutting off the water flow to the sprinkler system and filling the lines with compressed air to get rid of any lingering water, Mr. Boyle explained.

“It’s not rocket science, but it’s not something you want to do unless you have an understanding of mechanics,” he laughed. “You want to use a proper size compressor because if it’s too small, it doesn’t have the ability to push all the water out. And if it’s too big, it will actually cause damage.”

Depending on the size of the irrigation system, the process can take anywhere from 30 minutes to two hours, he said, and ranges from $100 to $500. Whether a homeowner uses traditional sprinklers or deeper drip irrigation, winterizing is a must, he said.

“The thing is, the damage that’s caused will end up paying for the winterizing anyway,” he said, “so there’s no sense in taking a chance.”

But before freezing weather comes storm season, which began in June and will run through November, followed by the threat of extreme weather events that have become the norm. Prepare by installing the boiler and furnace above the floor, to avoid potential flooding, and purchase a generator. They can be sized to run the entire house, or at the very least, the main pathway, refrigerator and furnace.

Also, have pre-cut plywood at the ready for all windows and doors, and store the panels in an easily accessible place in the case of a storm, Mr. Collé said.

“If a hurricane’s coming, everybody’s in a frenzy,” he said. “Not only is it going to Lowe’s, but you have a limited amount of labor pool out here [to size the plywood]. So when everybody needs somebody all at once, that gets a little thin. Everybody is jockeying to get their house done.”

Before a big storm hits, there is only so much a homeowner can do, Mr. Collé said. In the end, no amount of preparation can stop what’s to come.

“The bottom line is, you’re dealing with Mother Nature,” Mr. Collé said. “You can do all the preparation you want, but when she wants to do something, I don’t know how much control man has ever had and is ever going to have over that. These things are certainly helpful and are going to minimize damage, but the bottom line is: you cannot fight Mother Nature.”