Public gets a peek at historic Meadow Lane home - 27 East

Public gets a peek at historic Meadow Lane home 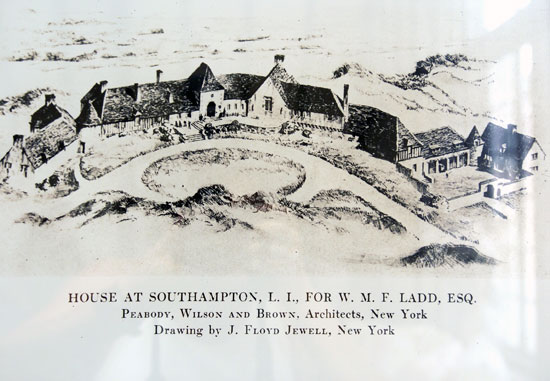 An old rendering of Oceancastle. 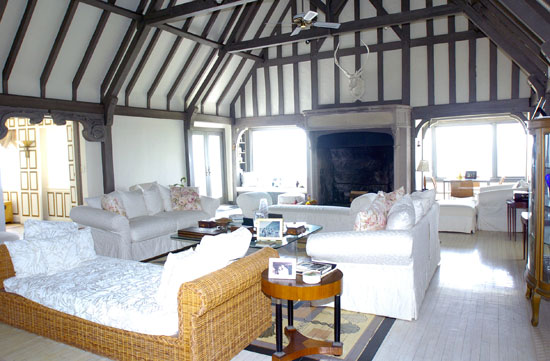 The living room at Oceancastle. 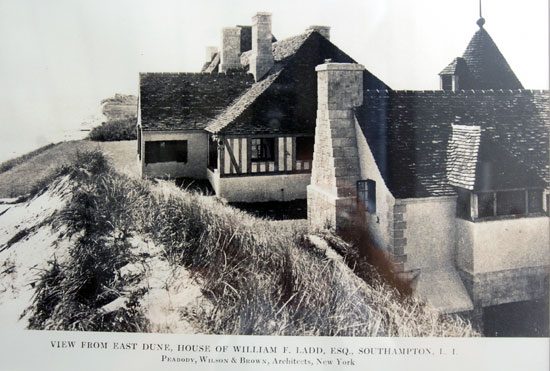 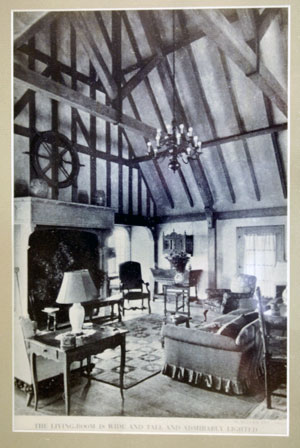 An old photo of the living room. 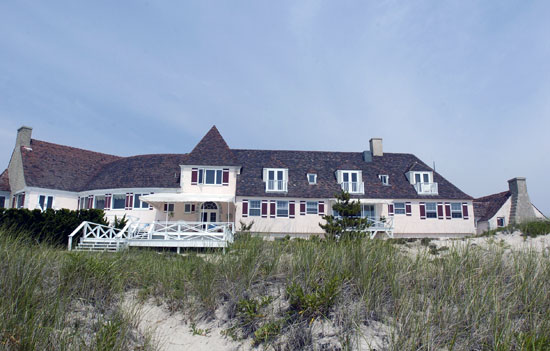 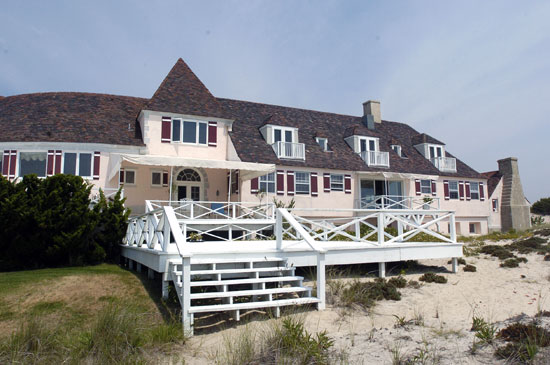 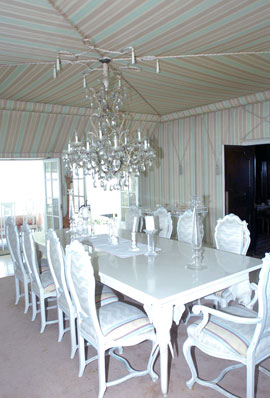 In 1929, it took just six months to build William Ladd’s oceanfront house in Southampton. Having set his heart on spending the Fourth of July in the house now known as Oceancastle, Ladd had the financial heft to move heaven and earth (he reconfigured the dunes) to get the job done.

Today, almost 80 years later, Oceancastle is one of Southampton’s oldest beach houses, probably its longest at 350 feet from one end to the other, and arguably one of its loveliest and most fascinating for all the glamour and history attached to it.

On Sunday, July 27, the storied mansion will be open to the public for the first time when the Southampton Historical Museum and Research Center will celebrate Oceancastle’s jazz-age origins with a benefit party, “Jazz at the Beach,” featuring Judy Carmichael, the highly acclaimed stride pianist, and her trio playing music from the ’20s and ’30s to the muted accompaniment of the surf.

“The house has never before been opened to the public,” said Julia Vance Carter, Oceancastle’s current owner and a Southampton Historical Museum trustee. She and fellow committee members have planned an evening that includes Ms. Carmichael’s concert at 6:30 p.m., wines from Wolffer Vineyard, champagne and “substantial” hors d’oeuvres provided by Sant Ambroeus. Tickets for the party, which begins at 5:30 p.m., are $250 each and can be reserved by calling the museum at 283-2494.

They might do well to bring hiking boots, as the house, designed by architect Archibald Brown, dips and winds along the dunes, a seemingly endless ramble with subtle shifts in floor levels, as well as numerous twists and turns—all designed to assure that each window captures some interesting and unexpected view of the ocean, the dunes or Shinnecock Bay. Seen from the beach, Oceancastle looks less like an individual house than some small seaside village in Normandy with its original tile roof and exterior walls that look like stone but are not. “There was no stone on Long Island,” Ms. Carter explained, so they manufactured “stone blocks” from sand and cement.

Architecturally intriguing, the house also boasts a very colorful history dating back to Prohibition, when Ladd, who is said to have owed his fortune to huge sugar plantation holdings in Cuba, was alleged to have shipped Cuban sugar to Florida stills as a prime ingredient for bootleg liquor that subsequently landed on the beach at Oceancastle.

That bit of history remains speculative, but Ms. Carter confirmed that “there were suspicions of bootlegging.” Rumor had it that hooch, arriving by ship, passed through a smuggler’s door into his basement before being loaded onto trucks and whisked to the city. (Of course, it is well to remember that Prohibition made outlaws of a significant portion of the East End population, and Ladd’s operation would have been exceptional only in scale.)

In 1931, two years after it was built, the house was in the news when a powerful storm left it perched precariously on its dune. The New York Daily News published a photograph captioned: “Going, Going, Gone.”

It wasn’t. Nor did it go in the really Big Blow in 1938, when most of its neighboring houses were either swept away or irreparably damaged. It survived, slightly altered, to achieve notoriety in the 1960s and a second brush with the tabloids a little more than a decade later.

It was the infamous after-party following Fernanda Wanamaker Wetherill’s debut at a nearby mansion that put Oceancastle in the news in 1963. Rented out as a dormitory for overflow party guests, the house was trashed by society’s gilded youth gone wild. The national press picked up on the story, and the coverage was followed by weeks of hand-wringing over the nihilism of the new generation.

Then, in 1978, the eccentric theater producer Roy Radin bought Oceancastle and created more negative press for the beleaguered mansion with a series of wild, drug-fueled parties. In 1983, Barry Trupin bought it to occupy temporarily while he transformed a neighboring house into the extravagant castle—Dragon’s Head—that caused an unprecedented uproar in the village, where it offended sensibilities, violated zoning codes and prompted litigation that lasted for years.

Today the toned-down castle is owned by Calvin Klein, Oceancastle is once again a lovingly maintained private residence, and peace has returned to this prized strip of Southampton dunes.

With every reason to be house-proud, Ms. Carter does not hesitate to trumpet her home as the perfect place to revel in jazz-age high spirits, and to hail Judy Carmichael as the perfect artist to set the mood.

“Judy Carmichael is wonderful. She travels all over the world to perform and she always draws a good crowd,” said Ms. Carter, adding, “and this is a unique opportunity to see something unusual.”