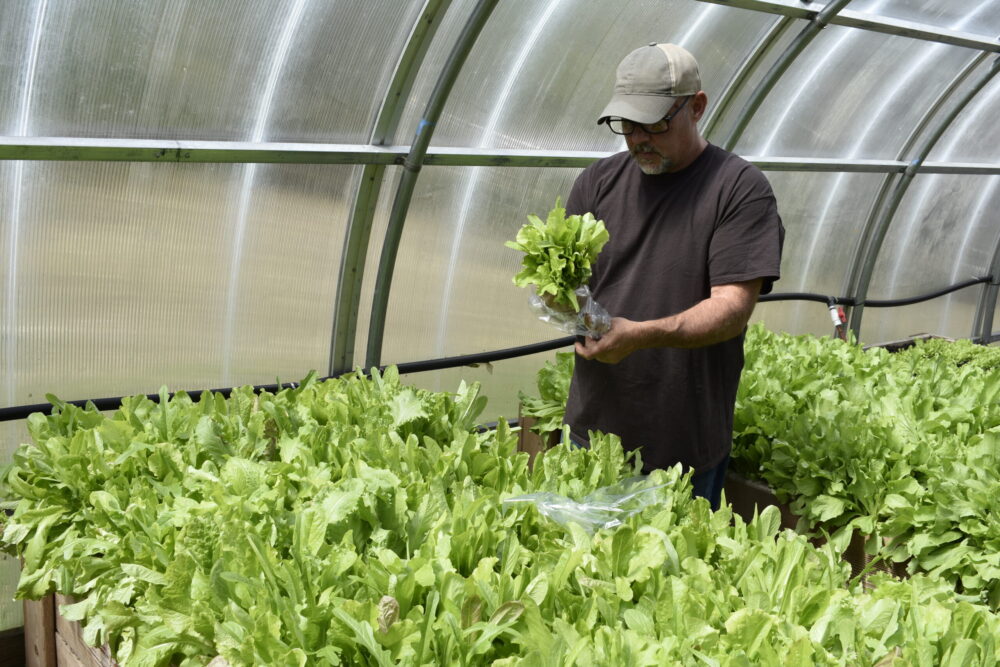 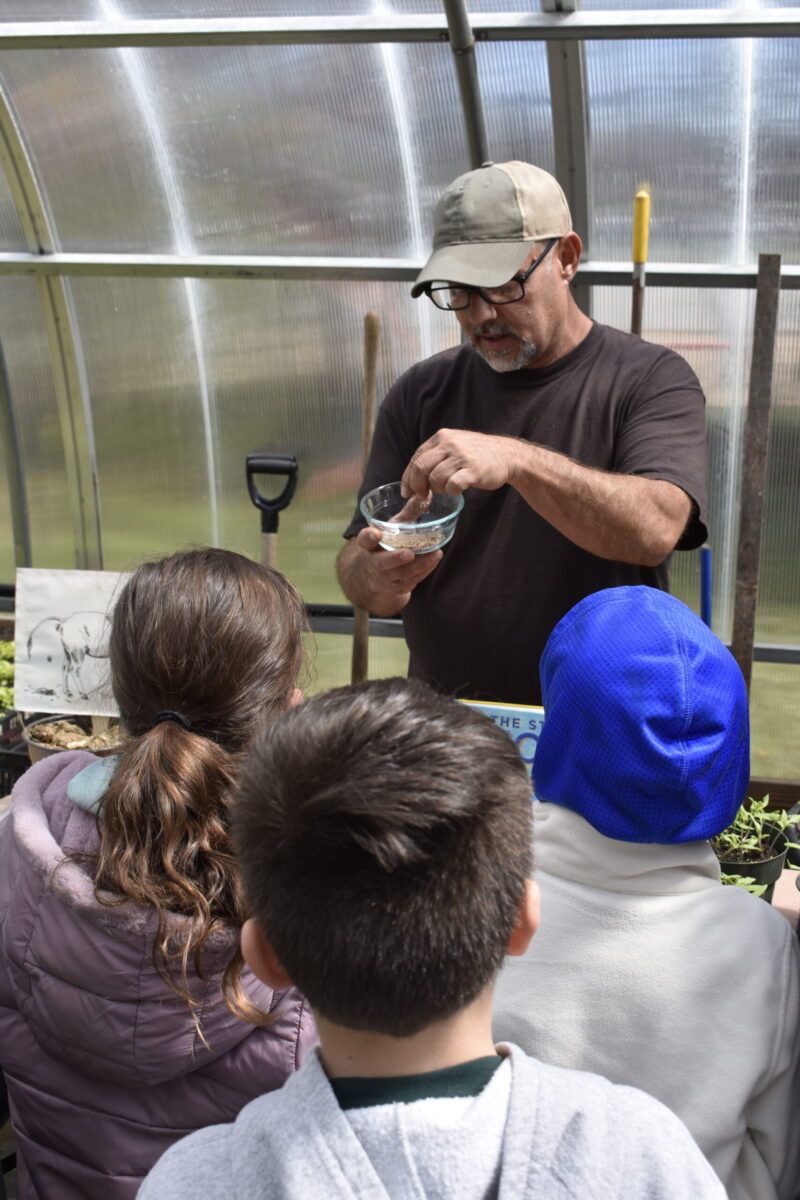 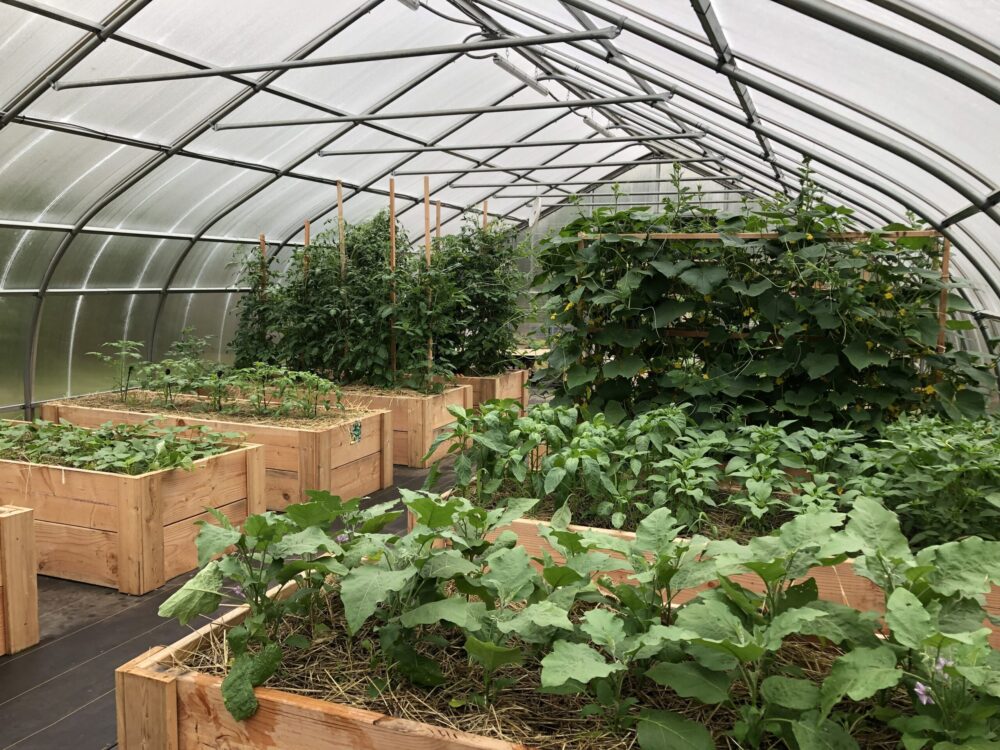 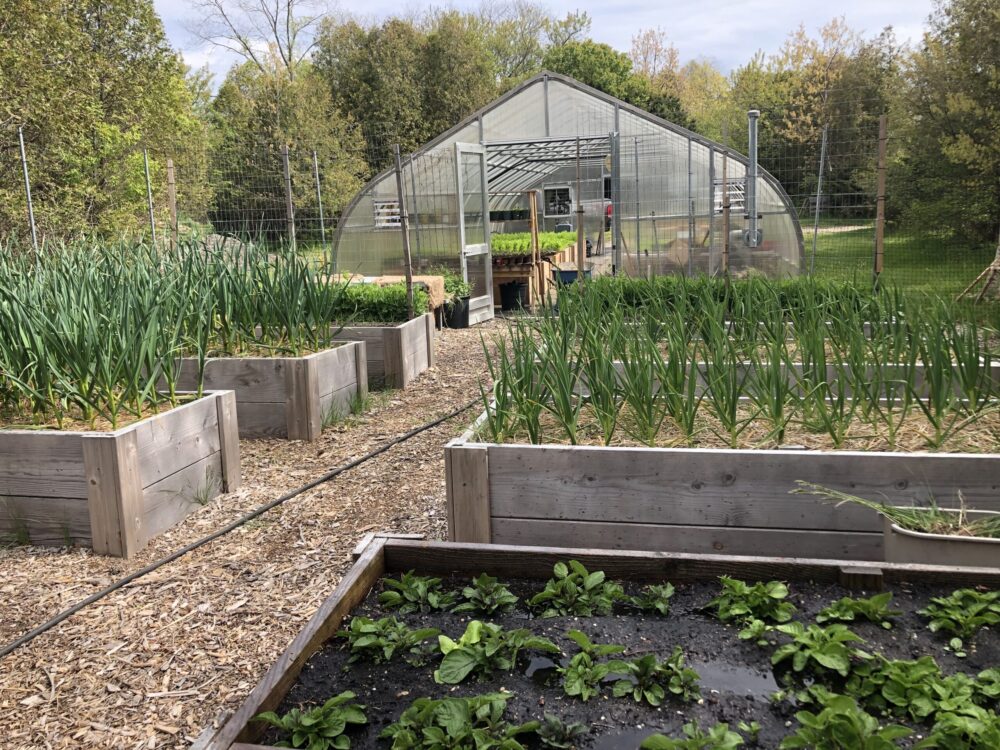 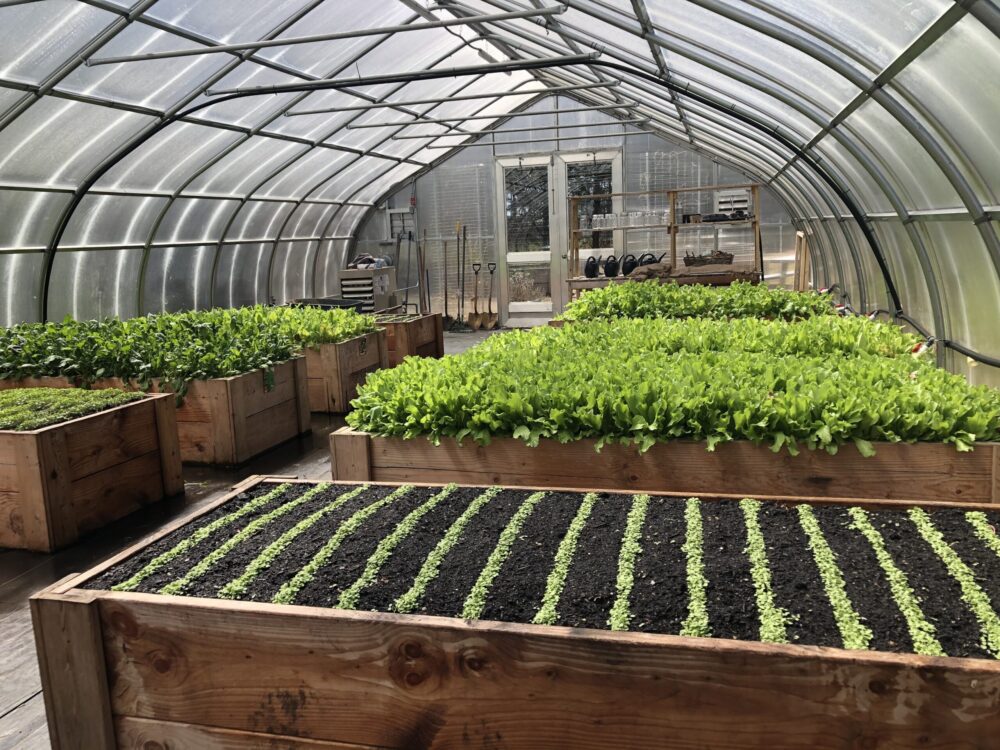 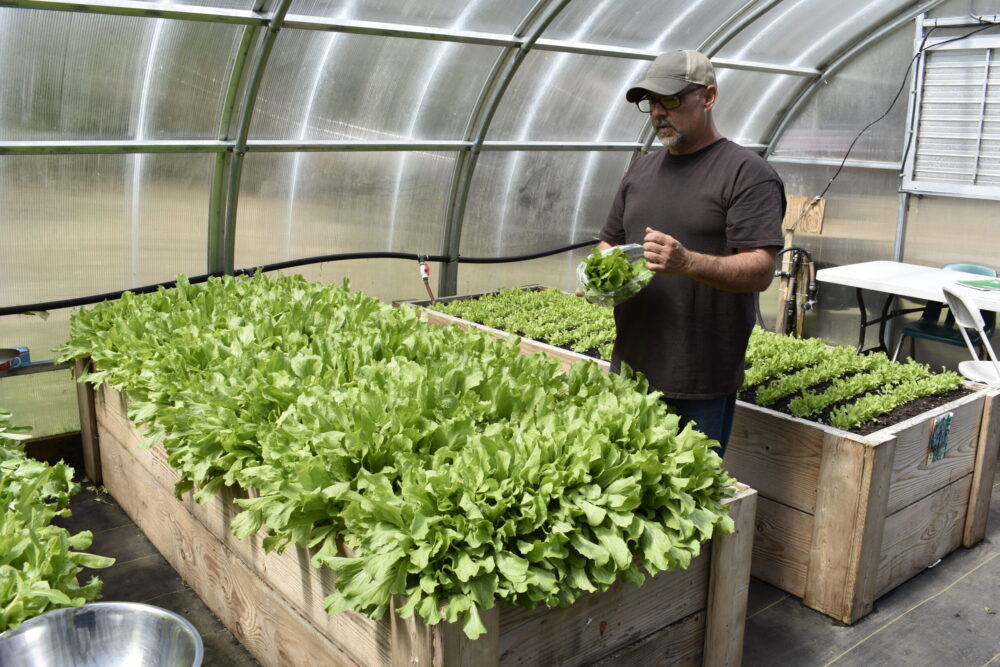 For a variety of reasons, people who grow their own food live longer. They are also more self-reliant, and studies have also shown that, in addition to being healthier, home gardeners are happier as well.

To share the knowledge, skills and confidence necessary to start and maintain a food garden, Renato Stafford of Peconic has presented at gardening clubs, Hofstra University and dozens of Long Island libraries and he teaches hands-on gardening lessons at two elementary schools: Sea Cliff Elementary in Nassau County and Westhampton Beach Elementary on the East End.

Stafford’s goal is to enrich as many lives as he can through gardening, from the youngest students to Long Island’s elder population. He is doubling down on his outreach to seniors because he has seen first-hand how tending a garden improves mood and provides purpose.

He points to Blue Zones: the areas around the globe where people live the longest and have the most fulfilling lives. He explains that what the Blue Zones have in common is that the people there raise their own food, which gives them a reason to get up and be active every day.

“I’m not a farmer. I’m somebody who grows food for his own family and teaches,” he said during an interview at the Westhampton Beach Elementary School greenhouse and garden on a recent sunny afternoon. “All of the produce that I grow, I don’t sell any of it — I give it away. I just share it with people if I have more than I can manage.”

Each month of the school year, over the course of three days, Stafford welcomes Westhampton Beach students, one class at a time, into the greenhouse for a lesson. He’s teaching students every step to growing food, from making compost to improve the soil through harvesting and preserving the crops.

Students, as well as the faculty and any other school employees, can take home a bag of fresh produce grown in the greenhouse; this month, the bags are full of fresh-cut lettuce and arugula.

“This time of year, when you start feeling that warmth in the greenhouse, it’s time to start our summertime vegetables,” Stafford says as students gather around to see what he has to show them this month.

For this lesson, he uses the quintessential summertime vegetable and the most popular crop in home gardens in the United States: the tomato.

He starts out with tomato seeds that the students saved and compost made on site. Rather than burying seeds in their plastic pots, he practices surface germination, meaning the seeds are sprinkled on top of screened compost and misted with water. “I keep them perpetually wet,” he tells the students. To ensure the seeds and compost stay moist when no one is around to mist them, he covers the pots with wet newspaper.

Stafford watches closely for germination, which happens in about eight to 10 days. When he notices a seed has sent down a “white leg,” the root, that same hour he brings the pot outside to his greenhouse to harden them off. “Harden off,” he explains, is the process of getting plants that were started indoors accustomed to outdoor conditions — like wind, temperature changes and direct sunlight — and toughens them up. If he just left the seedlings indoors, they would get tall, skinny and white and fall over as they stretched in search of light. For gardeners without a greenhouse, he advises putting the seedlings outside during the day and bringing them indoors overnight until the nights are above 40 degrees.

He explains that he likes to sow tomato seeds in bunches. Rather than one seed per container, he sows 40 per container. He tells the students that when they come back to the greenhouse for their next visit, they are going to separate the seedlings by “barerooting” them and putting each seedling in its own 4-inch container. Then in early June, the students will plant the seedlings in the ground.

To bring the lesson all the way from soil to plate, Stafford baked a fresh tomato and garlic pizza on an almond crust that morning and brought it to the greenhouse to show the students. “I wanted to connect the soil to, ultimately, the food that we eat,” he tells the children.

He also notes that each year he cans 300 or more jars of heirloom tomatoes grown from his seeds, many of which he has been saving annually for 20 or 30 years. Some tomato varieties that he grows were passed down from his family in Italy, where they have been farmers for four generations. “Those heirloom varieties, the ones that are proven, are the ones that taste the best,” he says.

Another display he shows the students is a container of manure that was collected from the horses in the Westhampton Beach St. Patrick’s Day Parade. Manure is one component of the compost Stafford makes to fertilize plants. The waste of horses and cows has incredible nutrients, he says. “When they walk on the earth and they do their thing in the soil, that’s what makes for incredibly rich soil.”

He explains that to grow food, the soil needs the trillions of microorganisms that are found in compost.

Stafford has a consulting business, Homegrown Organics, in which he helps homeowners design, plan and execute a garden. He said that when he got his start more than a decade ago, it was mostly older people who wanted to learn how to garden, but lately, he’s been seeing more families with young children.

His involvement in schools began in 2015 after he delivered a talk at the rec center in Southold and was invited to Sea Cliff. There, where there was once blacktop, he designed a fenced-in school garden with a new greenhouse, and he developed his curriculum.

He was asked to do the same for Westhampton Beach Elementary, where a greenhouse already stood, but was not in use. “This place was a basically failed experiments for five years before I got here,” he recalled.

Stafford met with then-Principal Lisa Slover in 2018 to bring his program to Westhampton Beach, with a primary goal of enabling students to set up a successful home garden.

He said it’s his belief that children need to learn how to do this.

“I’m not a doom-and-gloomer,” he noted. “I’m an eternal optimist.” However, even though he believes everything will work out, he also believes people need to be prepared, he said.

Having been at it for a while now, he knows he’s made an impact on hundreds of students and has had children he first met years ago tell him about the gardens their families built.

On the other end of the age spectrum, Stafford is concerned about his own aging parents and people like them. To that end, he wants to get involved with assisted living facilities.

“It gives them a purpose that they need, that they may not have in their lives,” he said of growing food. “It’s crucial for seniors — absolutely crucial.”

He put together his mother’s garden: Rather than making herself sick by worrying, as she is prone to do, now she gets out to tend her garden, he said.