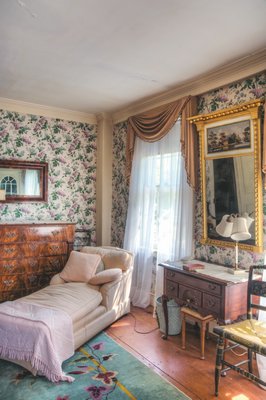 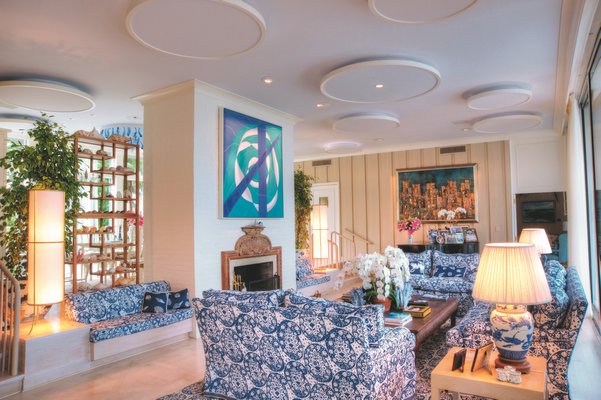 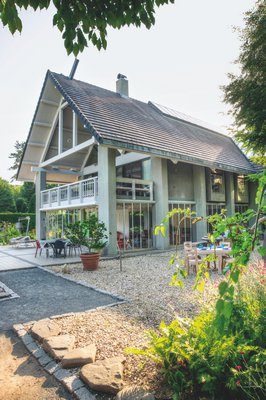 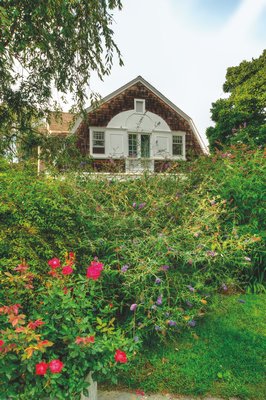 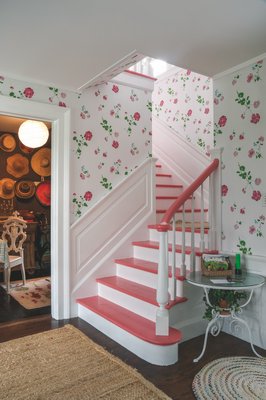 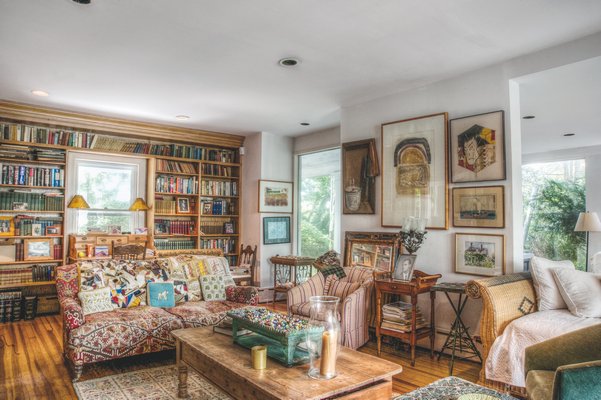 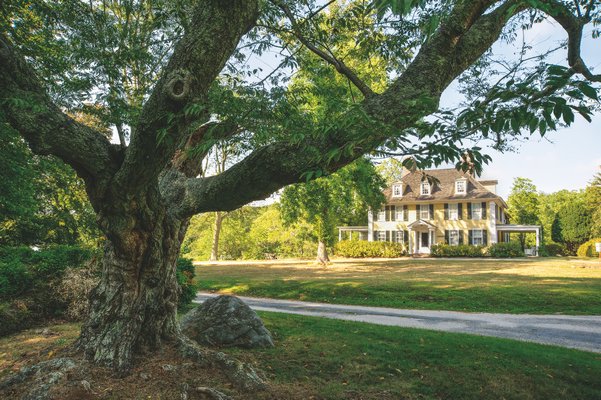 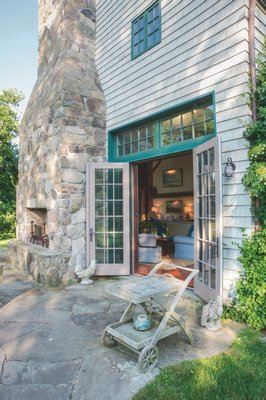 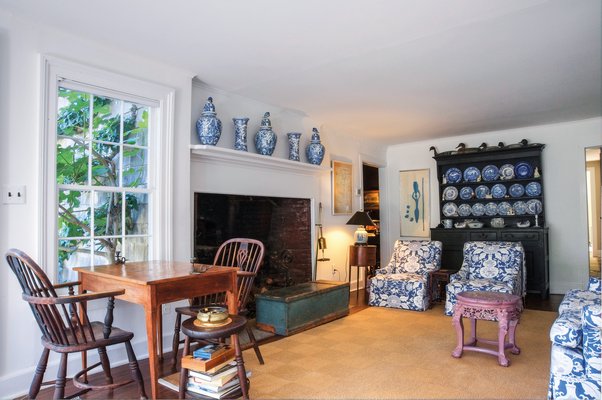 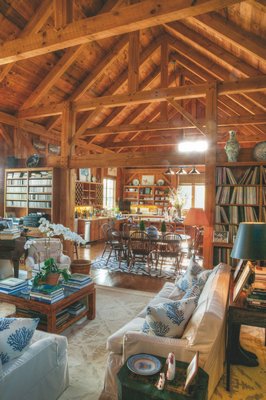 The project really began in 2012, said Richard Barons, chief curator of the East Hampton Historical Society. That was when two women, Maggie Gray and Alice Wainwright, walked into his office with an idea.“I’d heard rumblings in the community that these two ladies were going to come to my office,” he said. “They loved old houses. They thought the new houses were poor imitations.

“What they thought was a good idea was to somehow document these interiors—what these interiors looked like. They felt there was a flair, and a comfort, and a coziness, and an interest in history that was reflected in the types of things that these people had put in their houses over the years.”

What began as a small meeting seven years ago ultimately became something much larger.

On June 4, 2019, “Behind the Privets: Classic Hamptons Houses,” a 208-page hardcover book, was published by Prestel. The text—save for a foreword by Amagansett resident Alec Baldwin and a preface by interior designer David Netto—was composed by Mr. Barons. The final product is, essentially, a collaboration between Mr. Barons and architectural photographer Stan Rumbough. Mr. Rumbough even had the opportunity to photograph his own childhood home at Wiborg Beach.

The mission of the book, to hear Mr. Barons tell it, was one of preservation, an unsurprising lens through which a historian would view the world. His introduction focuses on the summer colony of East Hampton, a bygone era of casual summer relaxation, minus some—if not all—of the excess.

The houses cataloged in the book were chosen for a reason. They were, Mr. Barons noted, “houses that were either likely to be changed soon or had not been changed at all, or that were in danger of being changed.”

The result is a book that catapults the reader back in time, to a Hamptons that was, and that may or may not ever be again. Not all of the homes chosen for the book soldier on: At least one has already been torn down. Others, no doubt, will follow.

Mr. Rumbough, like Mr. Barons, remained dedicated to authenticity. Enamored with the Hamptons’ specific, beautiful natural light, he shot with nothing else, meaning that some of his photos cast cool spots, or dark shadows. His photographs are evocative. They speak to what it actually means to sit in a house when a house is not always light, because houses are not always light.

The resulting book is the answer to every staged real estate ad and antiseptic, glossy, beige-and-white decorator theme. Real life is messy and accumulating and filled with moments of both dark and light. Real life is lived in. The houses of East Hampton were once lived in, loved in. That’s the very point.

Over the course of seven years, Mr. Barons said, he learned that it was not the grand beach houses, or the heirlooms, or ornate valuables that people held on to—it was what they evoked.

“I learned what they were looking for,” he said, “that they loved the memories of coming to their grandmother’s house. What I found with the people that we interviewed was that there’s an amazing love of East Hampton, and the Hamptons in general. There’s a sentimentality. There’s a nostalgia. It was almost like a cocoon.”

As East Hampton continues to shift, Mr. Barons hopes the message of his work resonates. He met, in his work, “people who fell in love with their houses,” but today’s homeowners are bystanders in a process that is merely transactional. To buy a house, one need not be creative, or impassioned, or in love. One need not impart even a small part of oneself.

In opening the doors to people’s homes, and seeing their treasures, Richard Barons had the great privilege of learning this one true thing, which is that a home is who we are. Or, it should be, at least.

As the East Hampton cottage continues to fall victim to the mansion, memorialized in time, Mr. Barons offered this lesson, learned from his most recent work: “Your cottage should be your home, and in the summer it should reflect you. It’s personal.”

“Behind the Privets” shows the very personal side of East Hampton, indeed.