Bacteria And Viruses Can Attack Plants 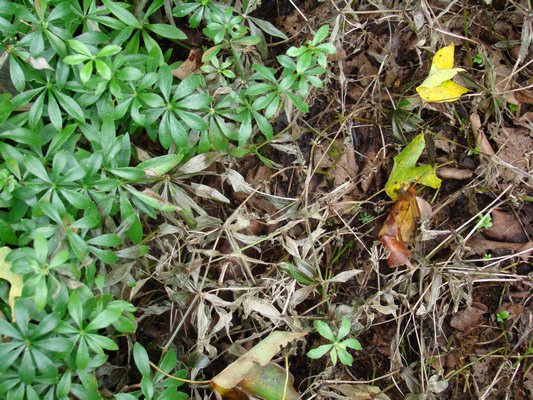 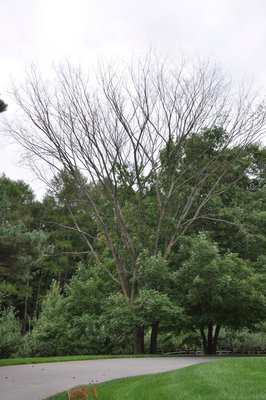 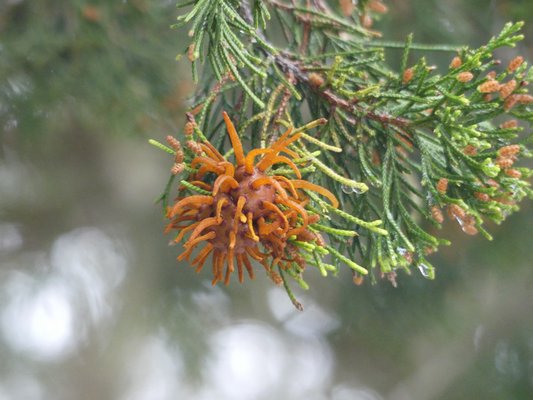 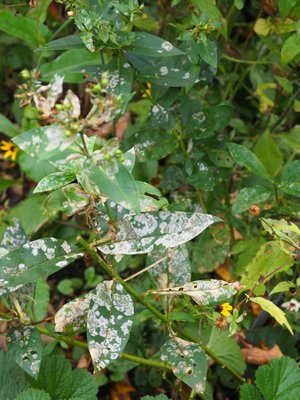 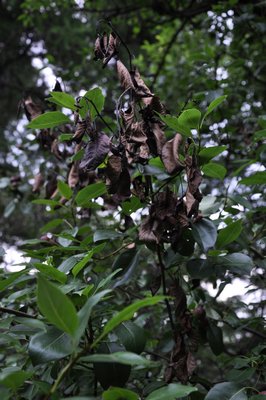 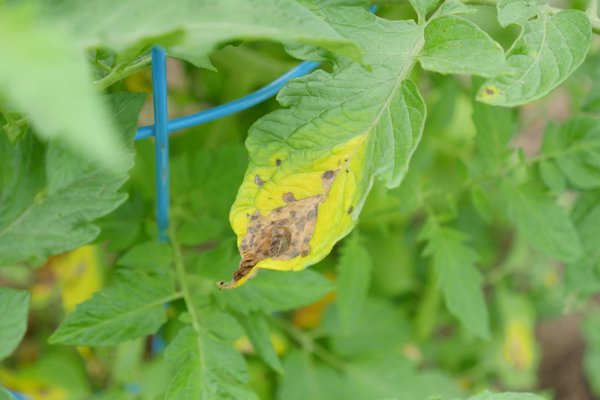 Fortunately, most bacteria are beneficial to mankind. However, there are over 170 kinds of bacteria that are capable of feeding on green plants and producing disease conditions. The good news is that fungal diseases are much more prevalent in our gardens than bacterial diseases and much easier to manage.Bacteria are among the simplest forms of life. They are so tiny that if 8,000 to 12,000 were placed side by side they would barely cover an inch in length. In spite of their small size, bacteria can multiply at an enormous rate. This increase in numbers is carried out through cell division that can take place as often as every 20 minutes. In some of the faster multiplying types, a single bacterium could produce over 47 billion descendants in a 12-hour period.

Bacteria can’t penetrate directly into plants and thus must make entry through the breathing pores or wounds caused by mechanical means such as a tree trunk being hit by a lawn mower or weed eater, or by feeding insects. Unlike fungal spores, bacteria usually are killed easily by simply drying. Most of the common carriers of disease such as insects, animals and machinery are efficient carriers of bacteria.

Certain bacteria can remain alive in infected seed or storage organs such as potato tubers, tulip bulbs or field dug herbaceous (as in perennials) roots. Different species of bacteria affect plants in various ways and their symptoms may be expressed as wilts, leaf spots, galls, soft rots and blight. The term “blight” refers to a rapid discoloration and death of tissue over certain portion of plants. Severe cases of infection may result in the death of affected plants. One of the most common and destructive blights is fire blight of apples and pears, but this year other bacterial diseases are also being seen as leaf spot issues on plum trees and hydrangeas.

The primary fire blight infection usually is brought about by bacteria-carrying insects feeding and walking about on leaves and flowers. Honey bees, flies and ants are attracted most to the nectar-filled flowers and after having visited an infected blossom, pick up the bacteria and transfer them to other flowers.

After a sufficient number of blossoms and leaves have been infected, a wind-blown rain may spread the bacteria to other tree parts and other trees. Thus, the disease is spread more rapidly during wet years. Fire blight-causing bacteria overwinter in cankers on the bark. When warmer weather comes in the spring, the bacteria multiply and bacterial ooze emits from the cankers.

The most effective control is to plant resistant varieties of pear and apple trees, but on already infected specimens it can be effective to prune areas well below the canker itself during the fall or winter.

Crown gall that appears on roses, grapes, fruit trees and blackberries is typical of bacterial-produced galls. These galls are found most commonly on roots of plants but occasionally may be observed on aboveground parts, especially if the bacteria are introduced during propagation. This disease occurs as a large, round, woody swelling on the limb, trunk or roots of infected plants. The gall consists of many abnormal cells not unlike human cancers. Unfortunately, galls that appear on roots are usually not discovered until the plant is removed as a result of decline or death. There’s no easy control. Infected plants may live for many years but in a stunted or unhealthy manner.

Bacterial wilts are caused by a rapid multiplication of bacteria and the formation of slime that plugs the food and water conducting vessels of the plant causing the plant to wilt and die. Affected plants will usually wilt then revive overnight for two or three days then die. The best example of wilting (not to be confused with normal wilting from heat) can be found in the tomato infected with bacterial wilt. The disease producing bacteria overwinter in or on the seed and become active at the time of germination and seed treatments are ineffective since the disease is inside the seed. The easiest way to avoid the disease to purchase seed from reliable sources that supply certified wilt-free varieties. This is usually stated in the catalog or on the seed package.

Bacterial soft rot is common to all vegetables and is readily found in the market when produce ceases to be fresh. It occurs in the field, as a rule, only when some other disease has helped it gain entrance or when the plant has been injured mechanically. Harvesting, handling and freezing injuries encourage development of soft rot bacteria in plant tissue. The best control is accomplished by being careful in handling and processing, disposing of infected material and storing at temperatures slightly above freezing.

Viruses attack many forms of life, including plants. Virus particles, rod or spherical in shape, are so tiny that only an electron microscope makes them visible. Diagnoses of plant viruses can be very expensive and is usually based on symptomatic conditions as opposed to positive identification. Virus particles may enter plants by mechanical inoculations, insect feeding, or in vegetative propagation. Cigarette smokers are common carriers of the tobacco mosaic virus which can be transmitted to tomato and related plants. Viruses can also be carried in seeds, tubers and bulbs. Some viruses can be beneficial such as those that cause induced color variations in some tulips and the variegation in the houseplant called the flowering maple (Abutilon variegatum) where the virus is transmitted from generation to generation by seed or vegetative cutting.

Viruses can cause leaf spotting, stunted growth and death, but some plant viruses can be present with no visible symptoms. The best method of control is to avoid infected seed, stock and bulbs. However, since viruses are not easily detected, infected shrubs may be sold by nurseries who are innocently unaware of the disease condition. The best example of a virus problem is the tobacco mosaic virus on tomatoes. The virus produces a mild mottle and dark green spots on the tomato foliage and leaves may become drawn and appear crinkled. Transmission is caused by aphids infesting the plants and smoking workers or gardeners who handle the plants. Over half the smoking and chewing tobacco sold contains the virus.

Here’s a perfect example to demonstrate nonchemical virus controls on tomatoes by using preventative methods. First, keep aphids off the plants, be it by using insecticidal soaps or your own home brew. Secondly, if you smoke, wash your hands well with soap and hot water before handling the plants and, finally, select only healthy, vigorous plants from the very start.

If you want to keep on your toes this might be a good time to pass on planting the perennial black-eyed Susan (Rudbeckia fulgida var. Golstrum) as there is a long-standing outbreak of the disease Septoria rudbeckiae in the commercial stock. You should also be wary of daylilies that are brought in from growers down south as a daylily rust has caused havoc among those growers. There are good growers of rust-free daylilies on Long Island, but you need to make sure they are locally grown and propagated.

A number of years ago one grower had 65 new varieties ready for market, then his stock was stricken and he lost years of work. Breeders had to start all over again looking for rust-resistant varieties that could be bred back into the gene pool.

And we haven’t even touched on the fungus issues like the powdery mildew on your lilacs, phlox and roses. That’s another column. Next week, a primer on insects. Keep growing. It’s all nature’s way.