Read The Label, Not The Brand Name - 27 East 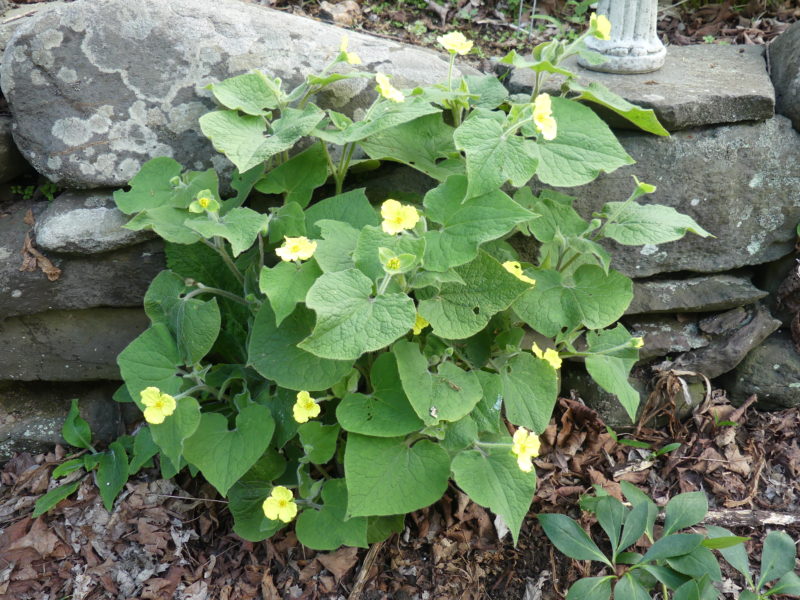 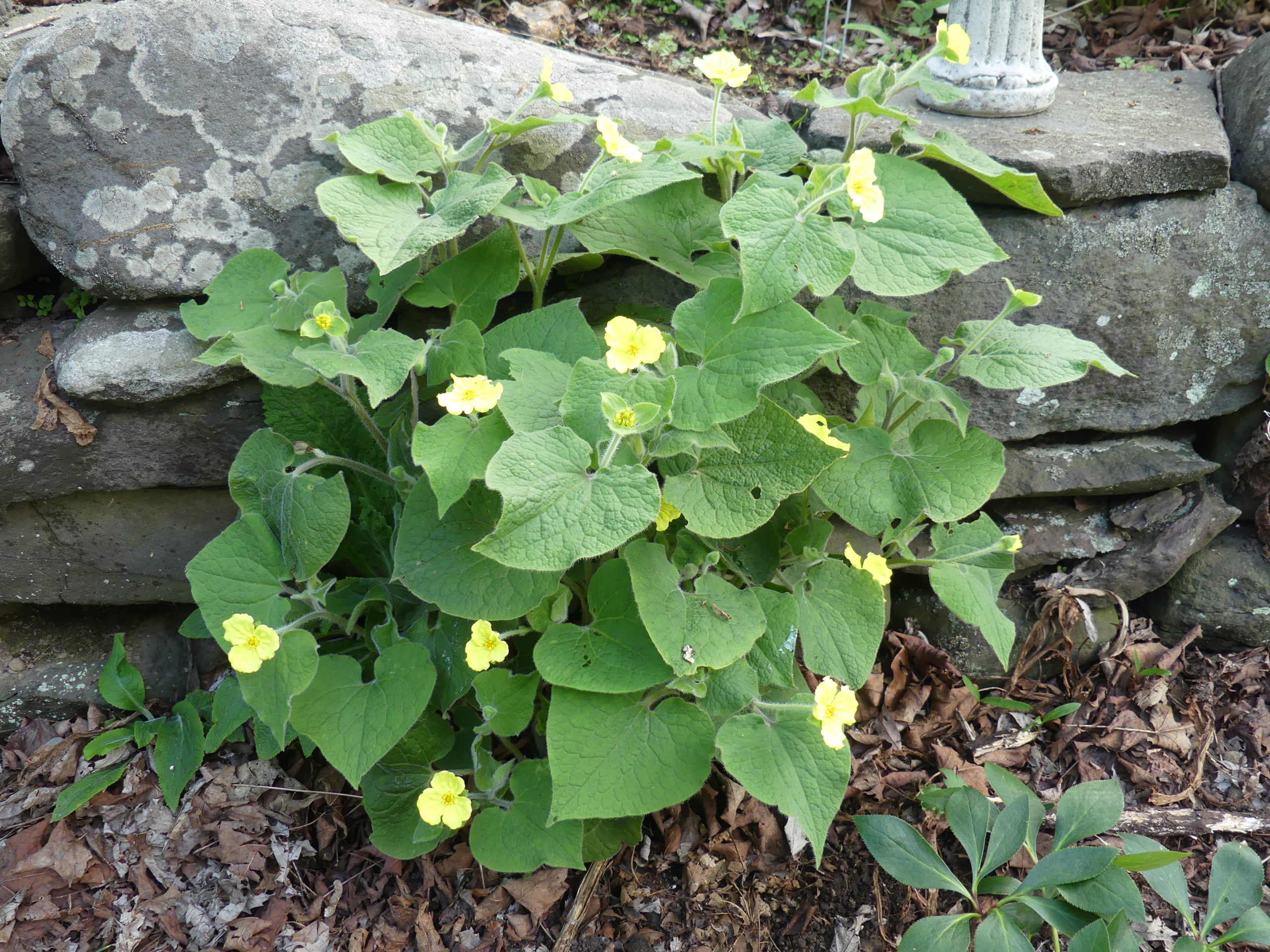 Saruma henryi, or the upright wild ginger, is a delightful plant for the shaded garden. The plant grows to about 15 inches and is covered with half-inch yellow flowers. Removing spent flowers will result in 3 weeks of blooms. 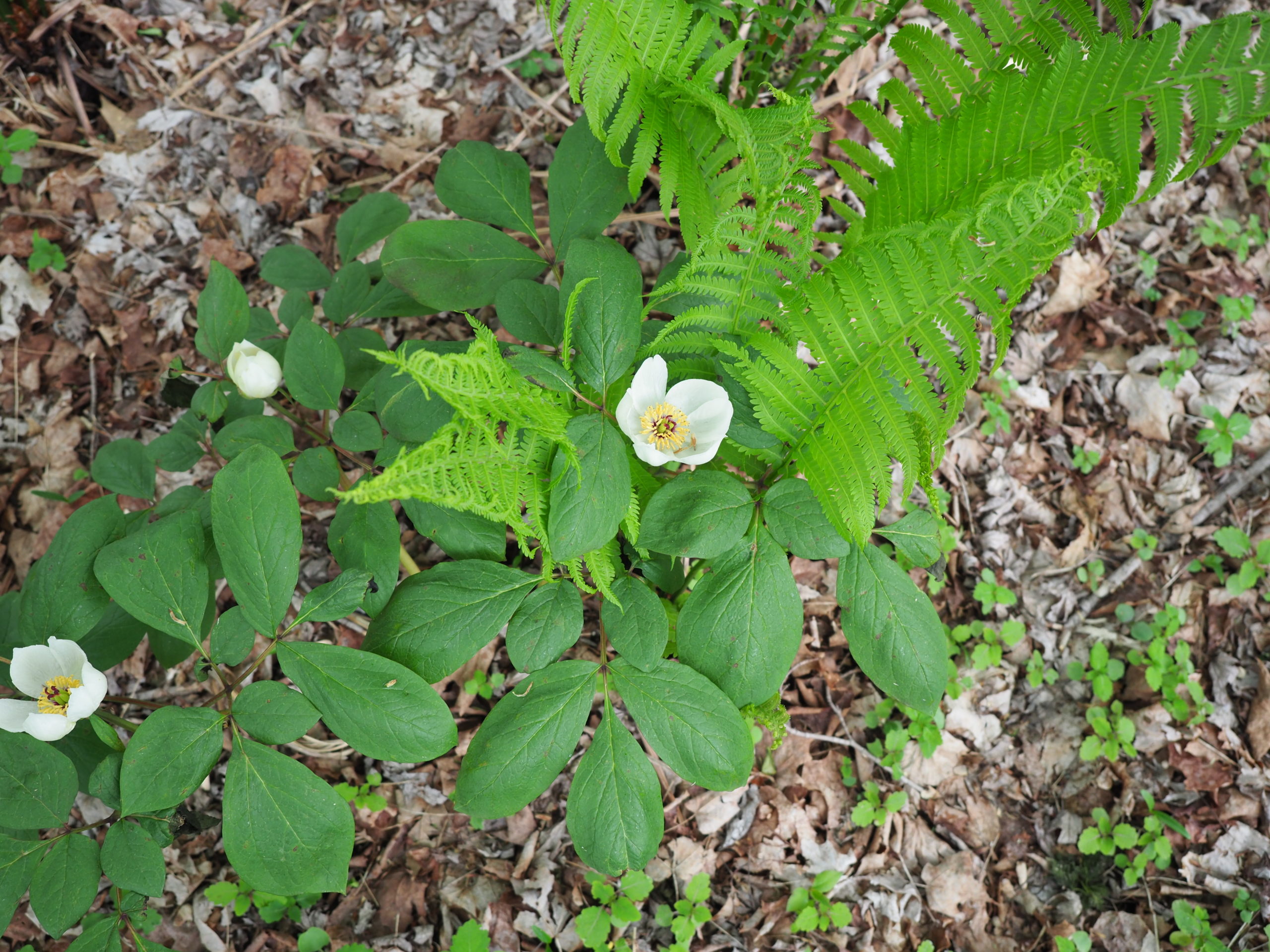 Paeony japonica is the only peony that grows in shade and makes a great woodland plant. Seed pods turn red later in the summer, and it can self seed. ANDREW MESSINGER 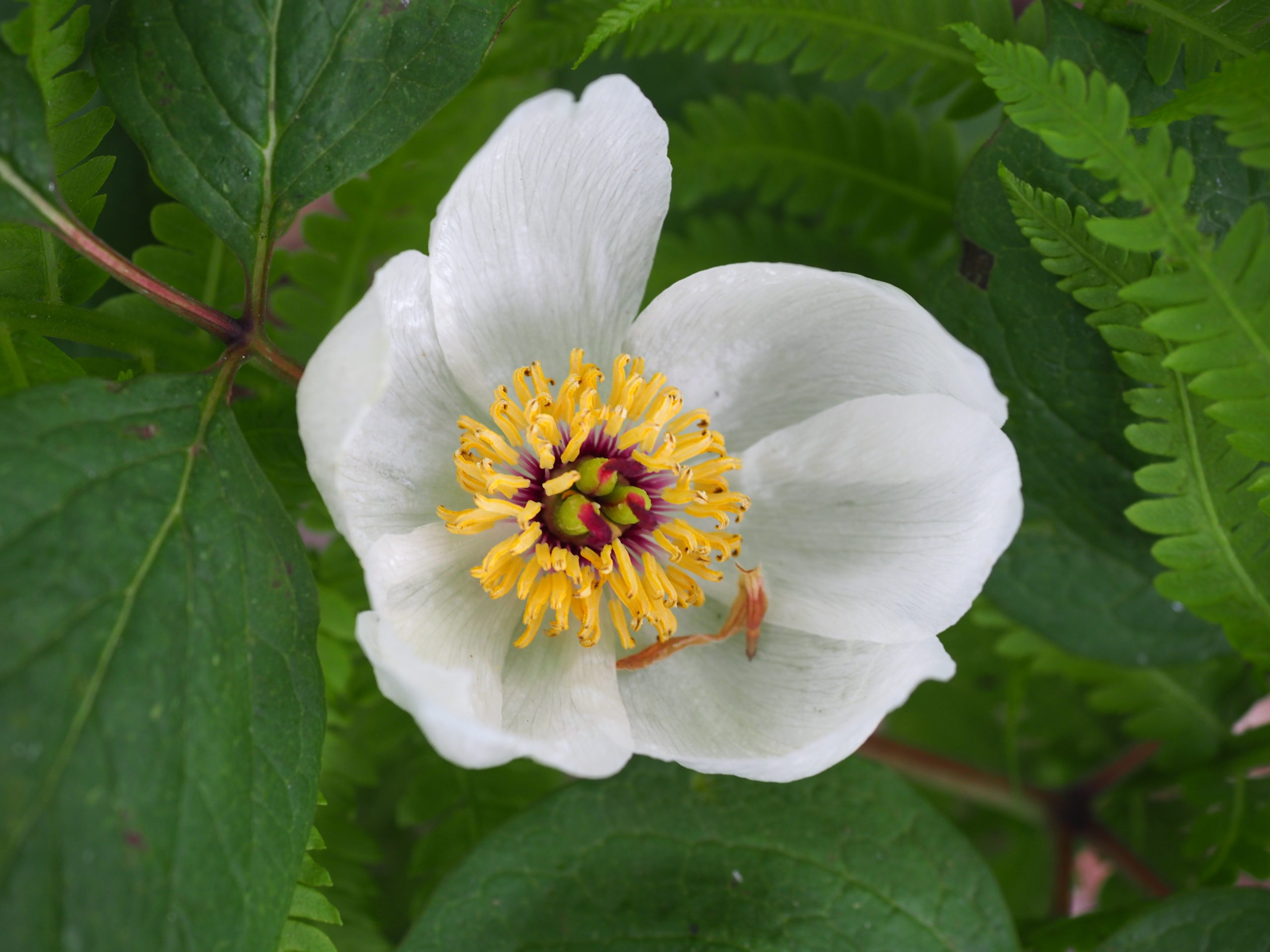 Paeony japonica. Not spectacular, but for a shady woodland plant not bad at all. ANDREW MESSINGER 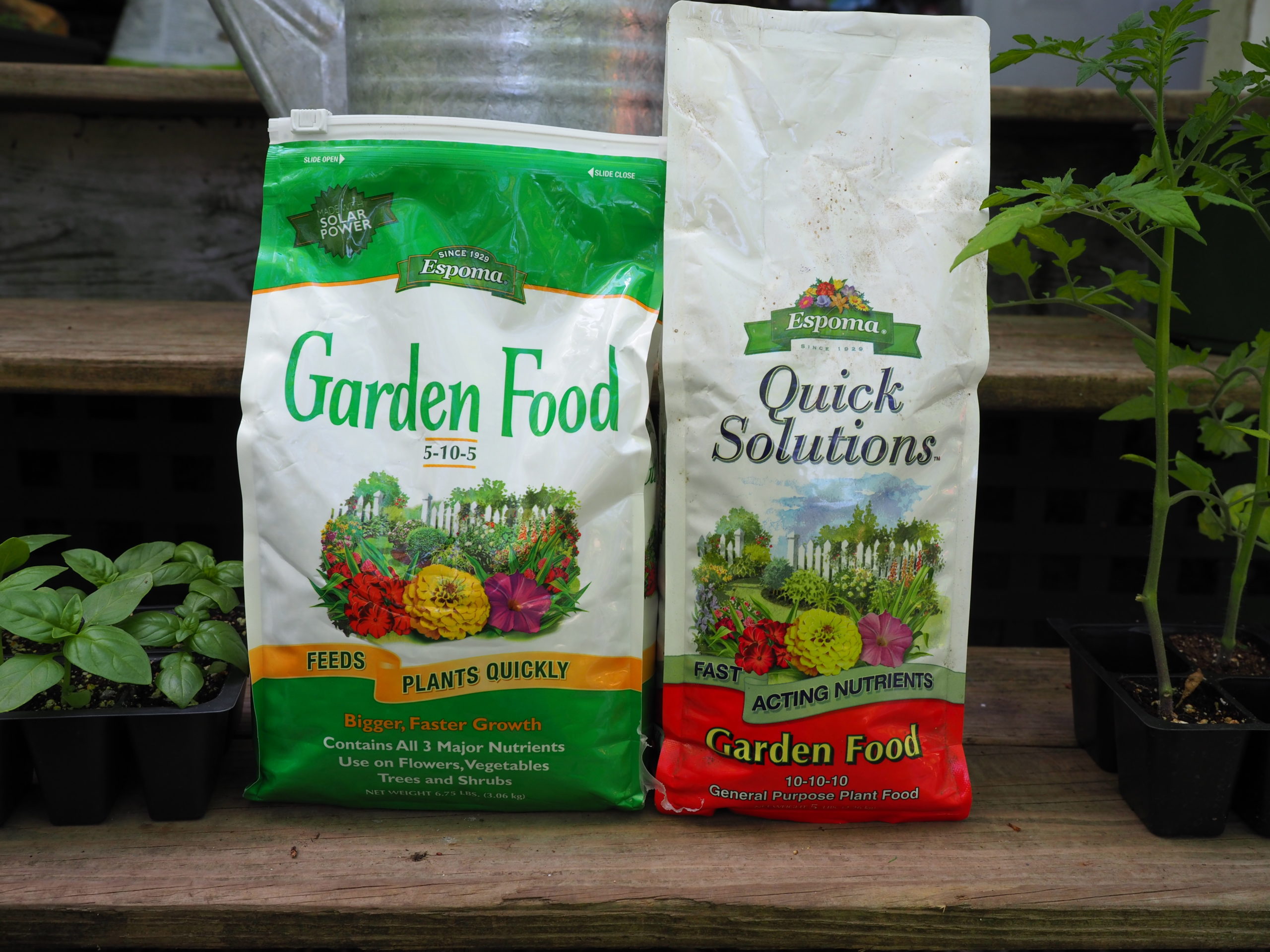 Beware of your brands. Most gardeners equate the Espoma brand with organics, but here are two of their products that are chemical and not organic fertilizers. The directions caution “when used with care, it is an excellent general purpose plant food.” On the left is a chemical based 5-10-5 with its 10-10-10 counterpart on the right. ANDREW MESSINGER

As in any business, branding has become important as well in gardening and horticulture. Proven Winners is one good example, and you see their branded pots in just about every garden center and nursery.

Premier Brands is another, but you probably know this one better as Pro-Mix, which is a peat-lite potting and growing soil. But did you know that there are a number of products under the Pro-Mix label?

The big black bales are usually Pro-Mix B, a mix of peat, perlite and a wetting agent, but there’s also Pro-Mix A and several others, as well as the retail bags you use for smaller jobs.

I bring this up because neighbor Nancy brought to my attention an issue with branding — and there are others.

She bought a bag of lawn starter fertilizer, because she thought it was organic. The brand? Espoma.

Now, as we all know, Espoma is a major producer of organic fertilizers for a range of plants and applications. Names like Bulb-tone, Plant-tone and Garden-tone are all organic, so it makes some sense to think that their lines are all organic.

They aren’t. Neighbor Nancy’s bag of lawn starter fertilizer was not organic, nor did it claim to be.

There also are two other products in their line of fertilizers that are not organic: one is 5-10-5 and the other is 10-10-10. This is important for two reasons. First, you need to read the label and if it doesn’t say “organic,” don’t assume it is. And “natural” on the label does not necessarily equate to organic.

The second concern is the damage you can do when using a chemical fertilizer such as Espoma’s 10-10-10 if you think it’s really organic. When it gets very hot or very wet, a chemical-based 10-10-10 can burn and kill plants (lawns) if applied at high temperatures or excessive rates. This is very unlikely to happen with an organic.

And then there’s the Roundup brand. You know, the one used to kill weeds, and the one that contains the controversial herbicide ingredient glyphosate?

Well, surprise, surprise. Roundup is now a brand that includes other herbicides — and now the brand includes insecticides as well.

The bottom line here is that you can’t assume that a brand is only one product, and you should be very careful and read the label before you buy a product just to confirm it is what you think it is. Don’t rely on a name. Read the label.

On a very different subject, for years I’ve been writing about the easterly movement of groundhogs along the south side of Sunrise Highway. I don’t think groundhogs are indigenous to eastern Long Island, and I don’t remember seeing any out here when I moved out in the 1970s. They really don’t do well in our sandy soils, as it inhibits their ability to burrow and build their dens.

But I began seeing them along Sunrise Highway, and slowly they moved from Manorville, where they may have escaped from the former Long Island Game Farm, eastward. I noticed them burrowing and grazing in Eastport, then Westhampton, and eventually right at the Hampton Bays exit.

A couple of weeks ago, a reader from Hampton Bays asked if I could identify an animal that had shown up on her property. At first I thought it was a muskrat, as it showed up near her pool and it was described as having a furry face. Well, it turns out that the groundhogs have now moved south and they are now present in the East Quogue/Hampton Bays area.

Groundhogs will love your garden. They’ll help you harvest your vegetables (especially root crops), prune your perennials, dig tunnels in your lawn, and set up house under your porch or foundation. And where there’s one, be assured there are more.

Their only natural predator out here is cars, and more often than not that’s how they meet their demise. They’re easy to trap in a large Have-a-Heart trap, but what do you do with one once you catch it? Sorry to say that the law says you can kill them, but you can’t transport them. (I could never kill one.)

My woodland peonies (Paeonia japonica) finally came into their glory this year. They are the only peony that grows in moderate shade, and I’d highly recommend them for the woodland garden. Not a spectacular display, but really, really nice, with their white flowers and red highlights.

Two other overlooked plants for the lightly shaded to partial sun garden are Uvularia grandiflora and Saruma henryi. Both have yellow flowers in mid-spring but with very different habits. I would classify both of these plants as pleasantly subtle.

The Uvularia has nodding tubular flowers at the end of stems that almost droop. It’s a great form and habit, and the stems last for weeks when cut and put in a vase. Mine wilted after cutting but came back the next day and have been great ever since. There seems to be a compact form and a taller form, or I just got lucky and have two slightly different habits.

The Saruma has ½-inch flat flowers on bushy plants with slightly hairy leaves. This, too, blooms (yellow) in mid-spring, but if you’re fastidious about deadheading the spent blooms, you’ll extend the flowering for several weeks. The plants are 12 to 15 inches tall. I bought my first one at Lynch’s in 2007 and it’s still doing great.

Continue planting veggies. Remember which tomatoes are determinate and which are indeterminate; it’s the indeterminates that will need good staking. Don’t forget that grafted veggies produce crops later than their non-grafter counterparts. Certain color mulches seem to increase crop yields, like red for tomatoes.