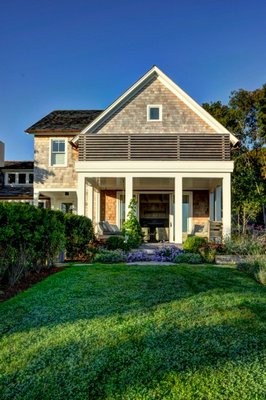 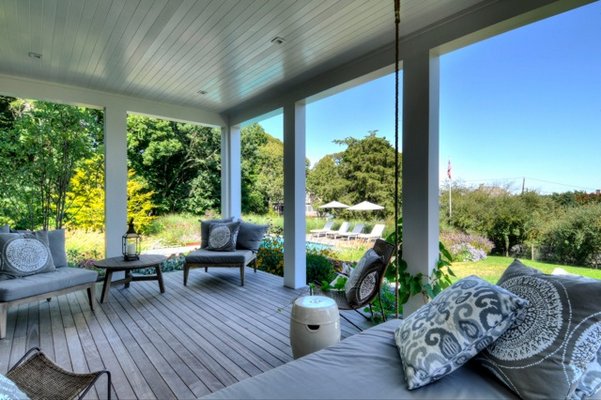 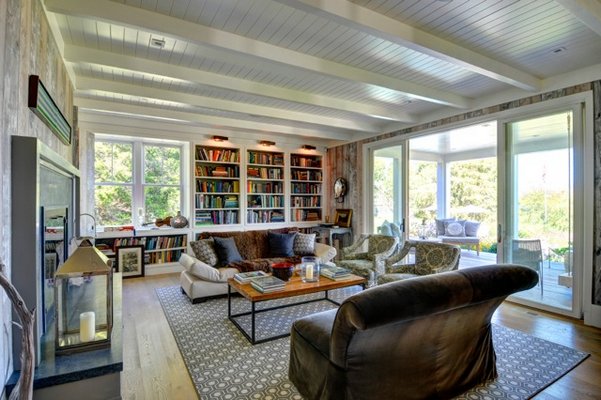 A new home in Sag Harbor's Redwood section will be among those on Friday's tour. 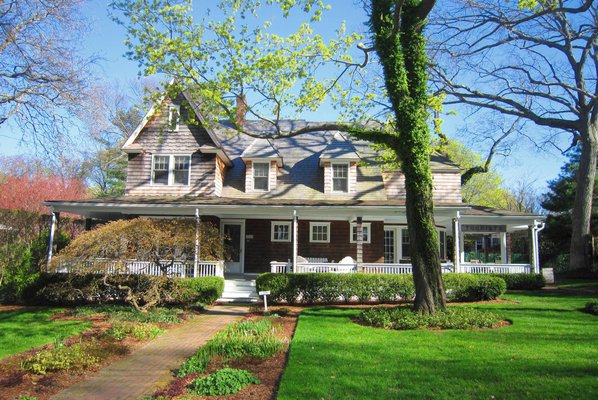 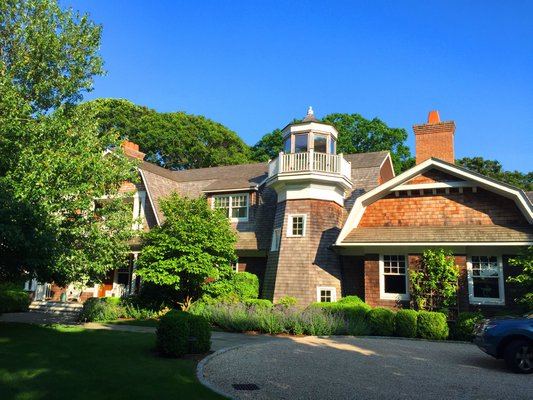 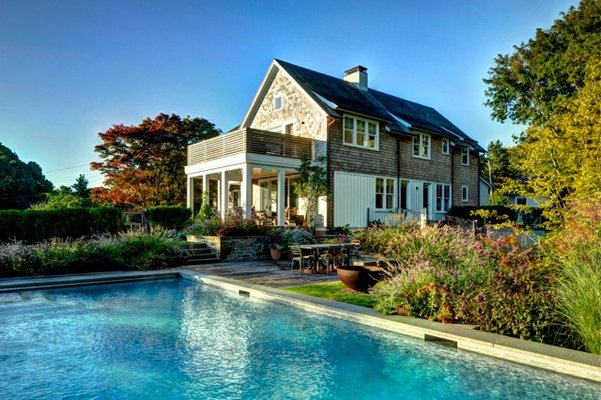 One home was built by a veteran of the American Revolution. Another incorporates an original Sears Roebuck home. Yet another contains a custom theater designed to resemble Radio City Music Hall.An unusual whale-and-spear design can be found on the front porch of one other residence, with a back deck that overlooks gardens and a stone-walled pond with a waterfall.

Finally, there is a home with a music room dedicated to jam sessions and recording sessions.

This eclectic group will comprise the annual Sag Harbor House Tour, to benefit the Friends of the John Jermain Library—the library’s major fundraiser—on Friday, July 10. The tour runs from 11 a.m. to 4 p.m., and tickets cost $45 beforehand and $50 on the day of the tour.

The first stop will be a home built in 1780 by Benjamin Price, who was laid to rest not far away in Sag Harbor’s Old Burying Ground. When the current owner purchased the house in 1998, it had been converted into a typical 1970s style home; the new owner undertook a major renovation, returning the home to its roots and salvaging original elements. A deck off the kitchen overlooks expansive grounds, and a deck off the second floor has views of the water.

Close by is the home whose core is a Sears Roebuck house built in the late 1880s. In 1990, the owner expanded the kitchen and wraparound porch, adding a light-filled family room with walls curved to resemble a boat. Many of the home’s original features remain intact, and collectibles like vintage bottle dolls and Clarice Cliff pottery from the 1920s are on display.

The next stop on the tour will be a historic home, built in 1840, whose porch railing incorporates the aforementioned whale-and-spear design. Inside are wide pumpkin pine floors, four fireplaces, and detailed moldings, as well as paintings by prominent local artists and a family photo of Ernest Hemingway.

The residence with the music room also has views of Sag Harbor Cove. It was rebuilt in 2013 by its current owners, an architect and landscape designer, to marry traditional and contemporary aesthetics, and the living room’s water-facing wall opens to a large covered veranda.

Finally, there is a house built on North Haven in 2007, with architectural design by Lawrence Randolph and grounds designed by Edmund Hollandar. There is a mahogany office with “smart technology,” a fireplace with a custom shell-design, and a nautical themed family room with an unusual peaked wood ceiling and “significant” stone fireplace. In addition to the home theater, there is a spa pavilion featuring a “swim-in-place” pool, a home gym, and a hot tub facing a retractable conservatory wall.

Refreshments will be served on the rear patio, which overlooks a pool, wisteria-covered trellises and a furnished gazebo.

Tickets are available in advance and the day of the tour at The Wharf Shop on Main Street and at the library’s interim location at 34 West Water Street.

On National 811 Day, August 11, PSEG Long Island is reminding customers to call 811 before starting any improvement project that involves digging. Hitting a buried electric, gas, water or cable line while digging can disrupt utility service, cost money to repair, and even cause severe injury or death, PSEG Long Island advises. But a call to 811, the designated national dialing code to have underground lines located and marked out before any excavation work, is free. The 811 Call Center will collect information about a caller’s upcoming digging project and pass that information to utility companies, which send representatives ... 9 Aug 2022 by Staff Writer

Well, this was supposed to be a column about challenges met, bee colonies saved, blah ... 26 Jul 2022 by Lisa Daffy

ZBA Approves Plan To Save The Dimon Farmhouse In Water Mill

The Carpetman By Stark Holds Grand Opening In Southampton