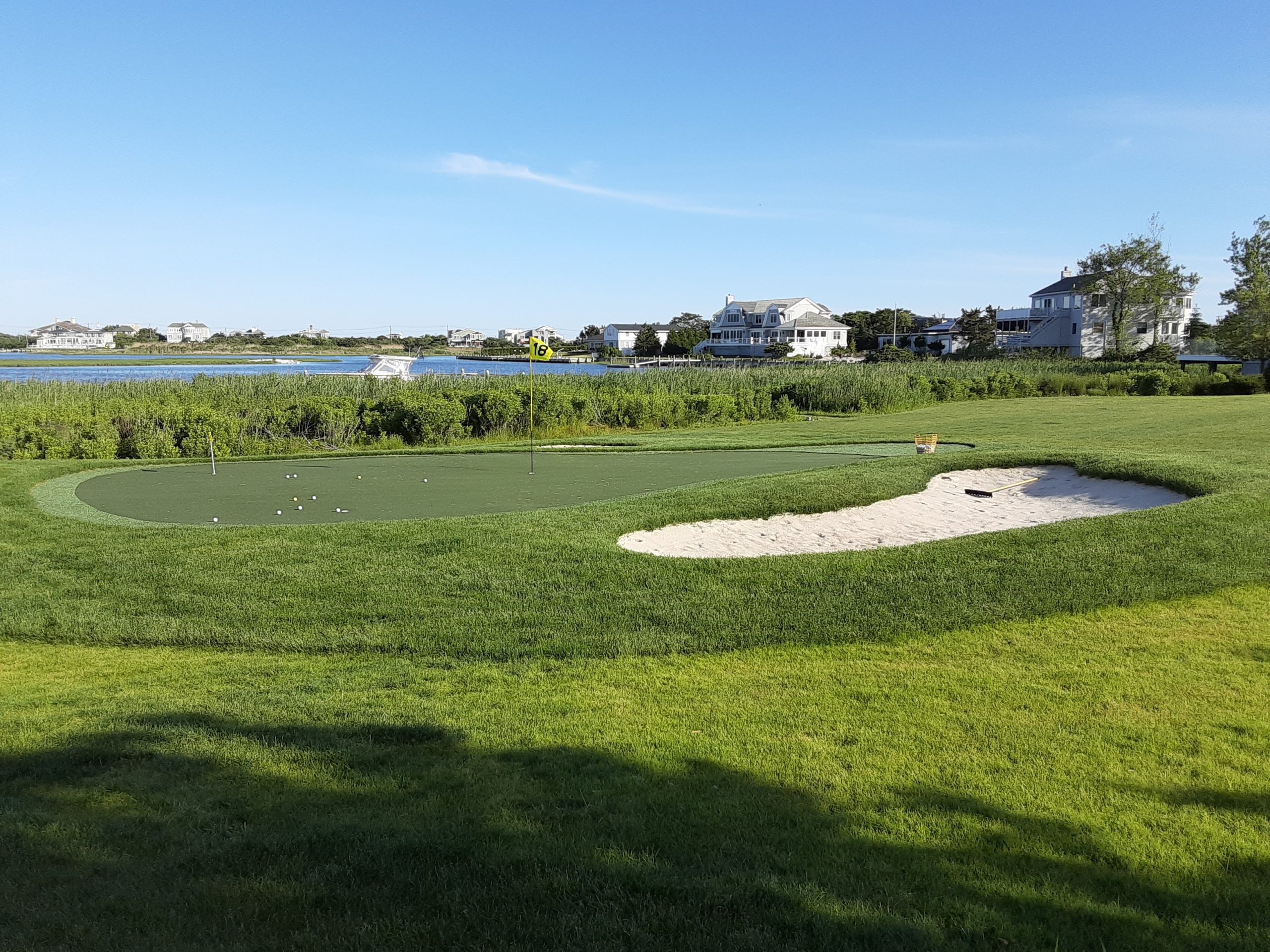 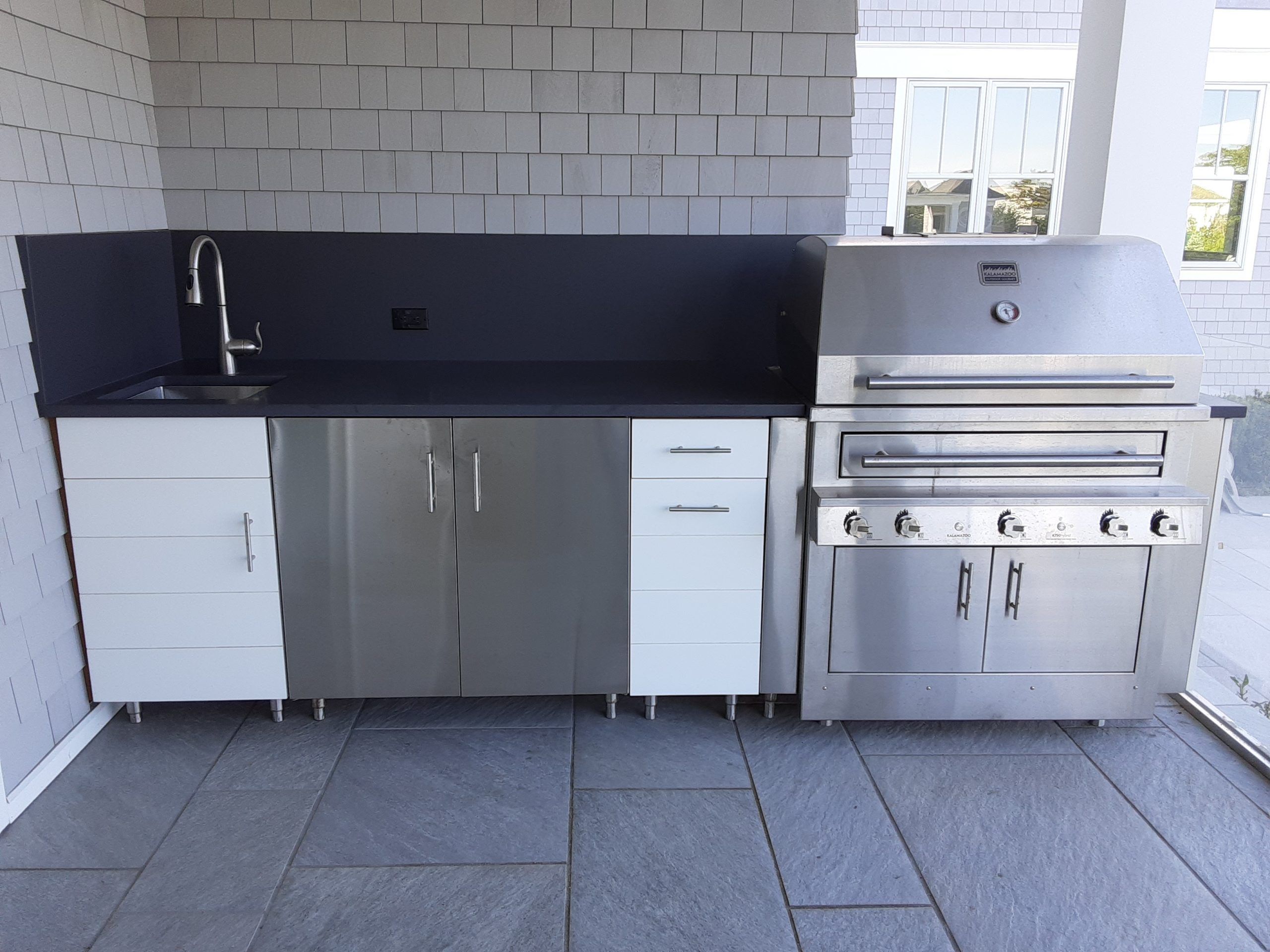 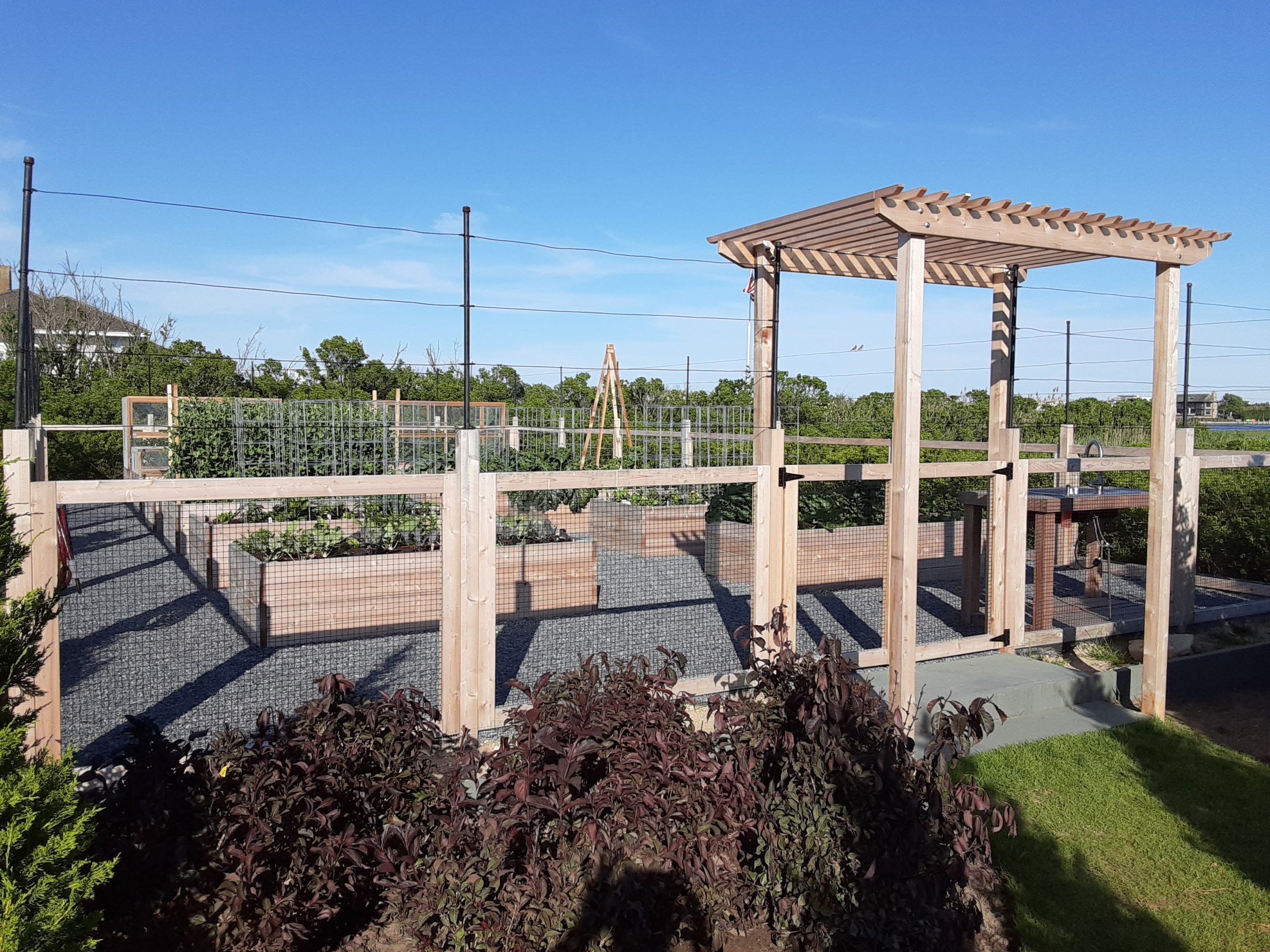 An elaborate vegetable garden with raised beds behind a deer fence designed by Spaces Landscape Architecture. 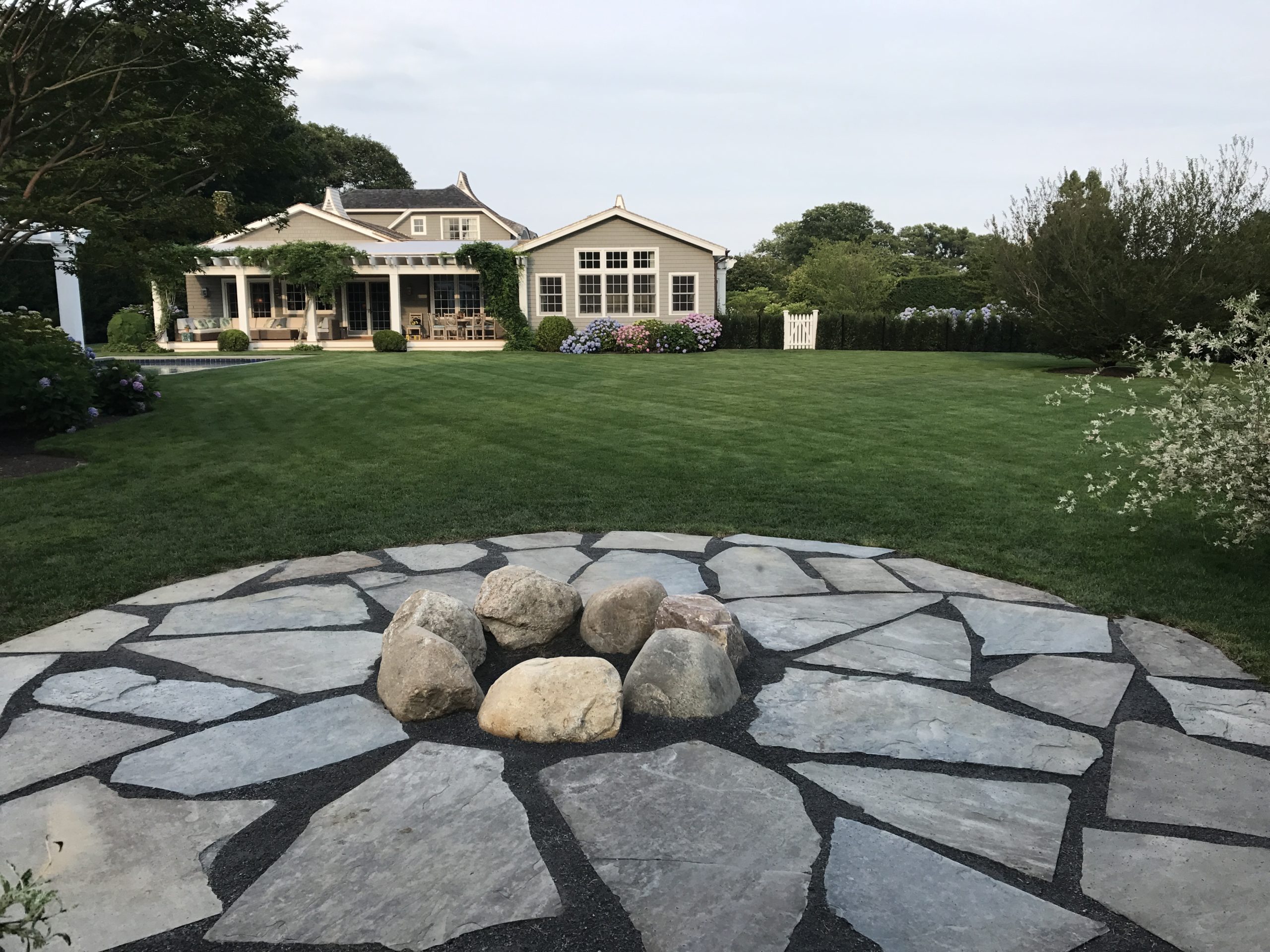 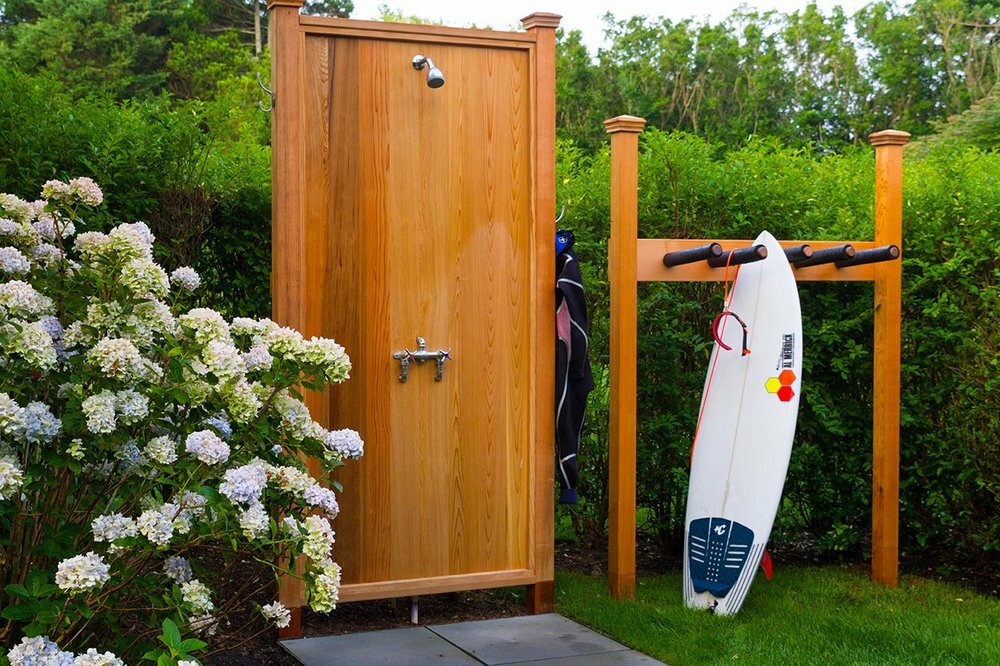 An outdoor shower with natural screening designed by Gardeneering Landscapes. 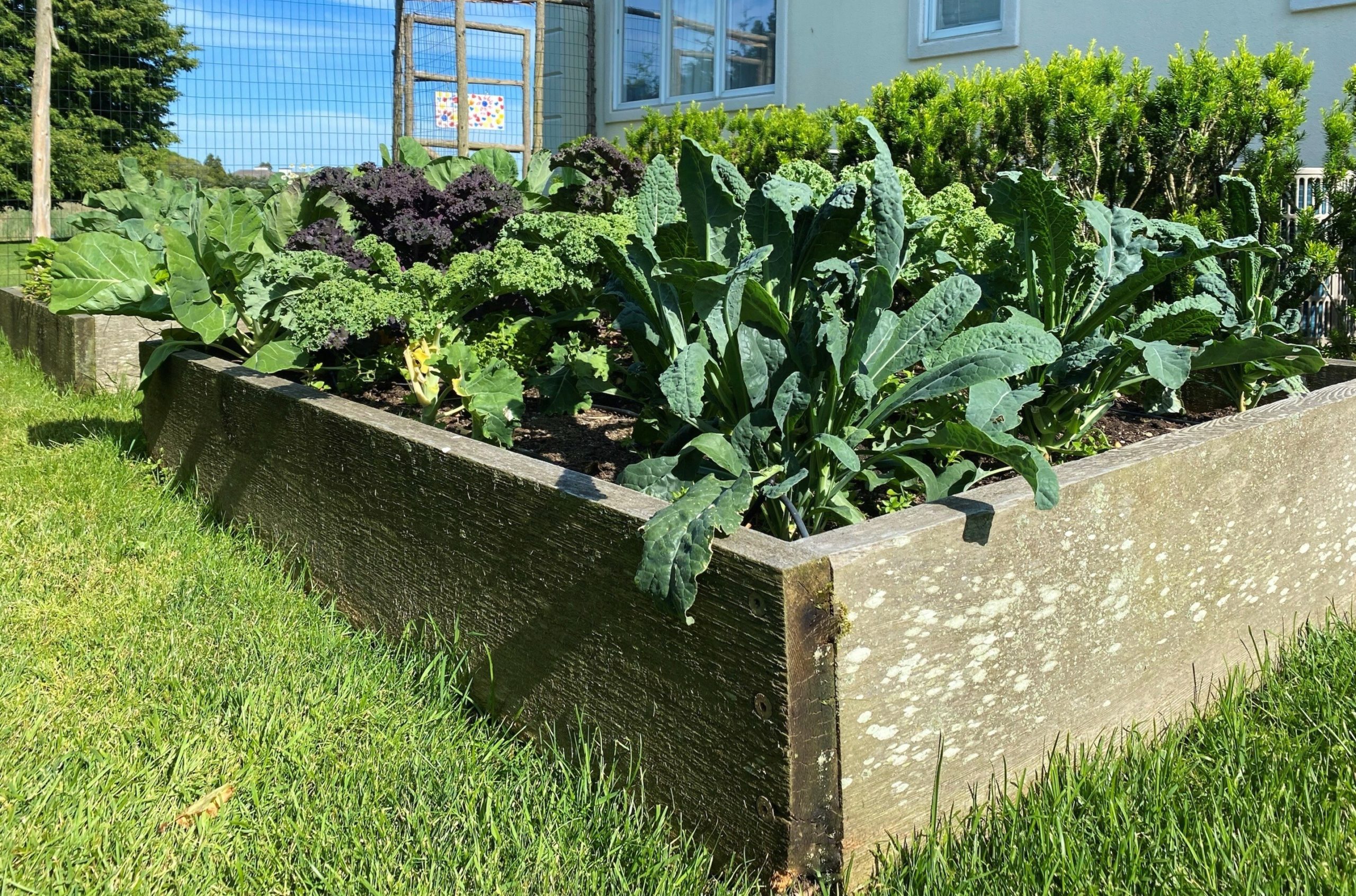 Landscape designers say they have received many requests for vegetable gardens like these raised beds designed by Gardeneering Landscapes. 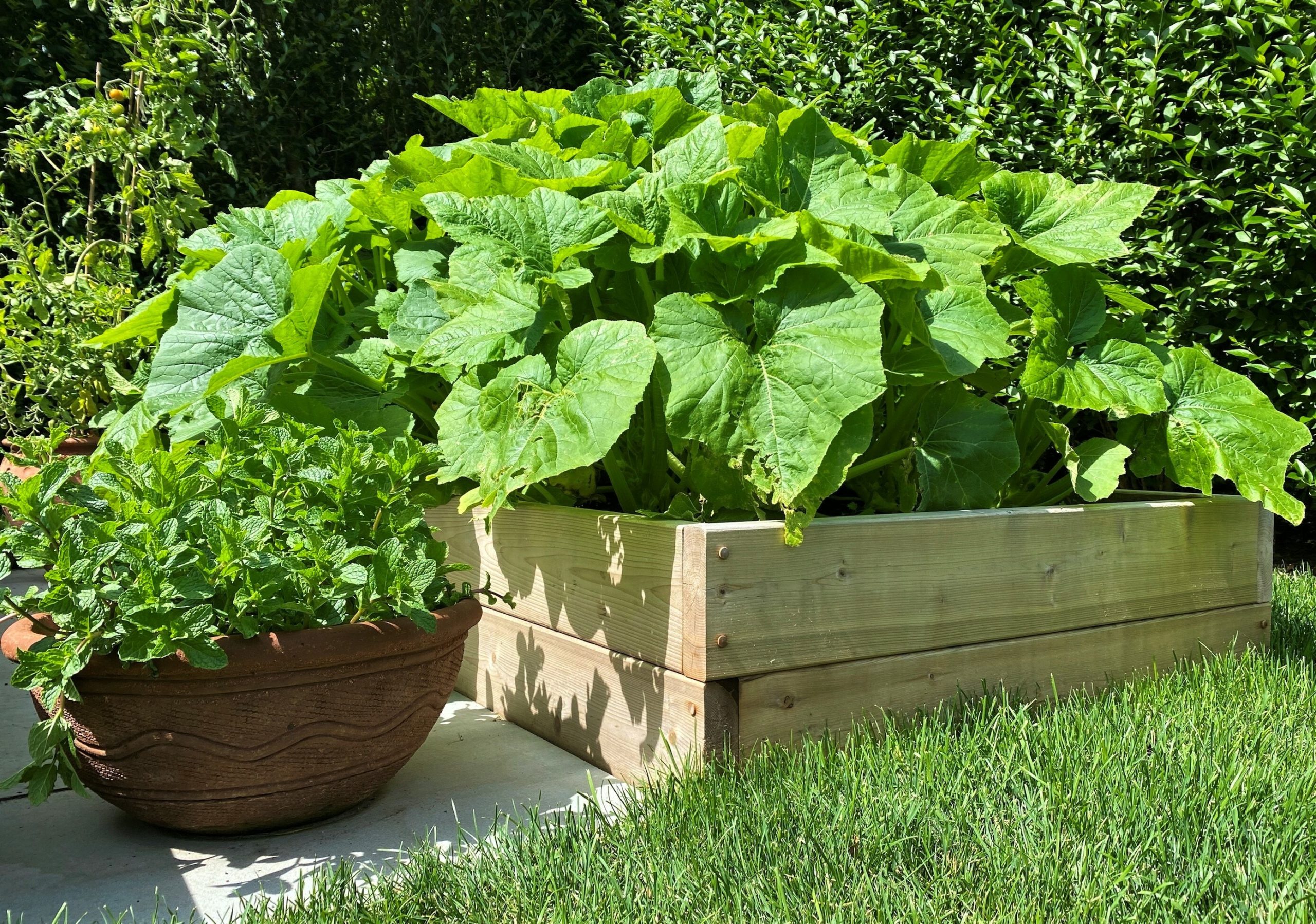 A small raised planter for vegetables. 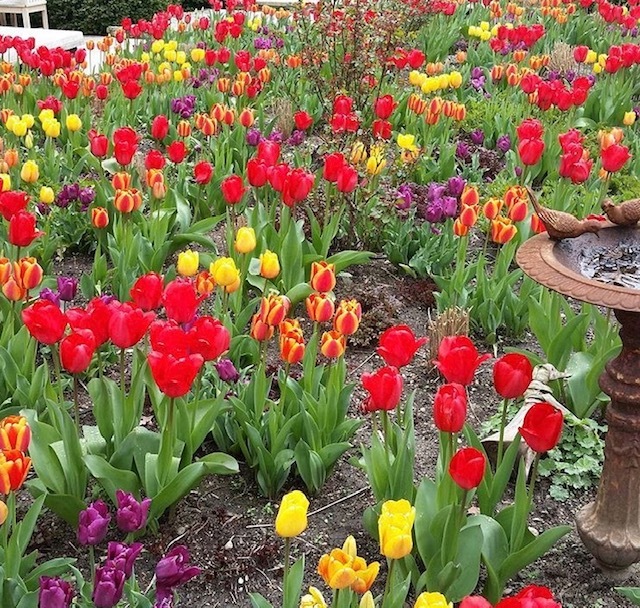 Because second homeowners were out early this year, they were able to enjoy the colorful displays of spring flowers such as tulips, according to Elizabeth Linker of the Irony Ltd. and Hedges & Gardens. 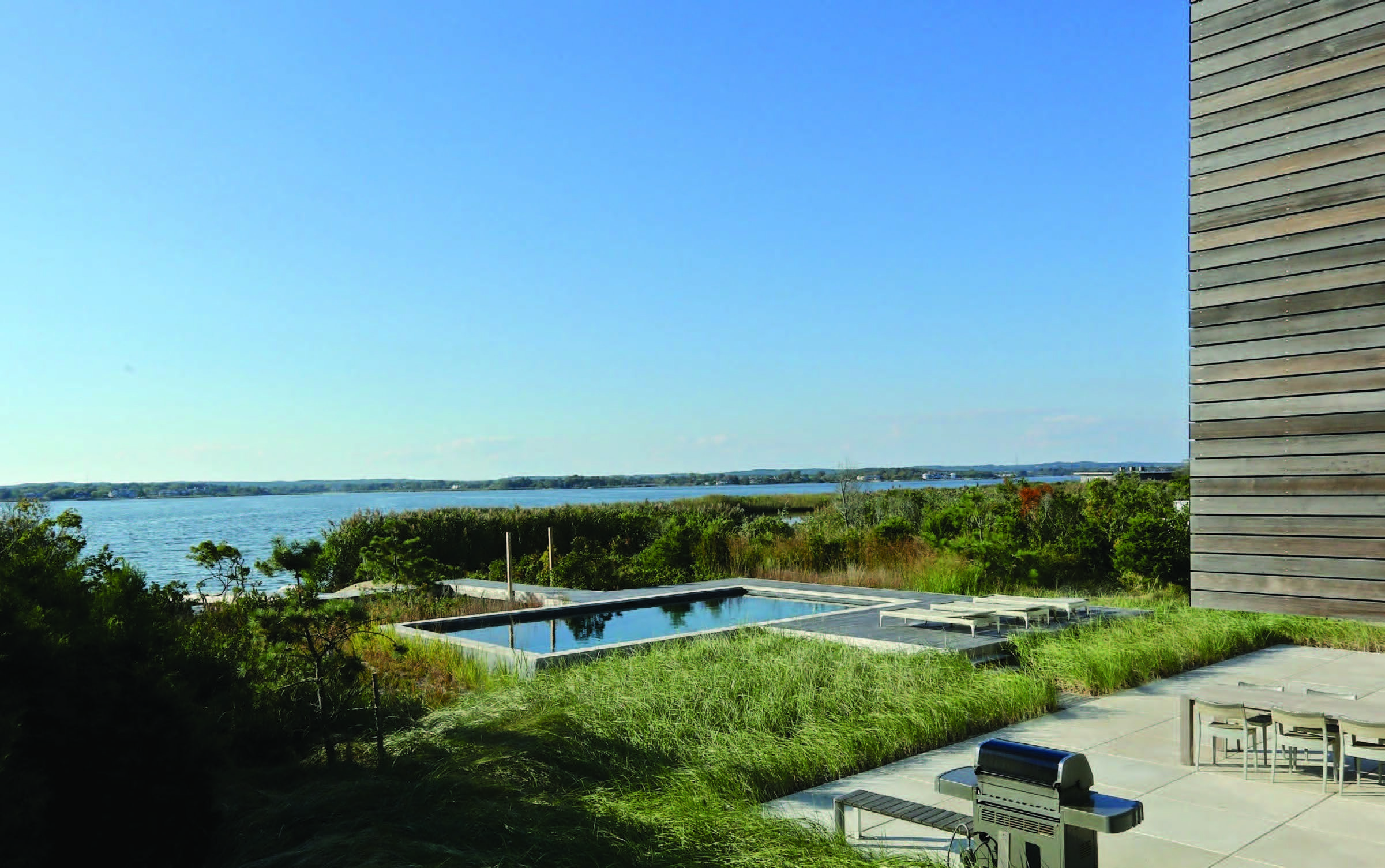 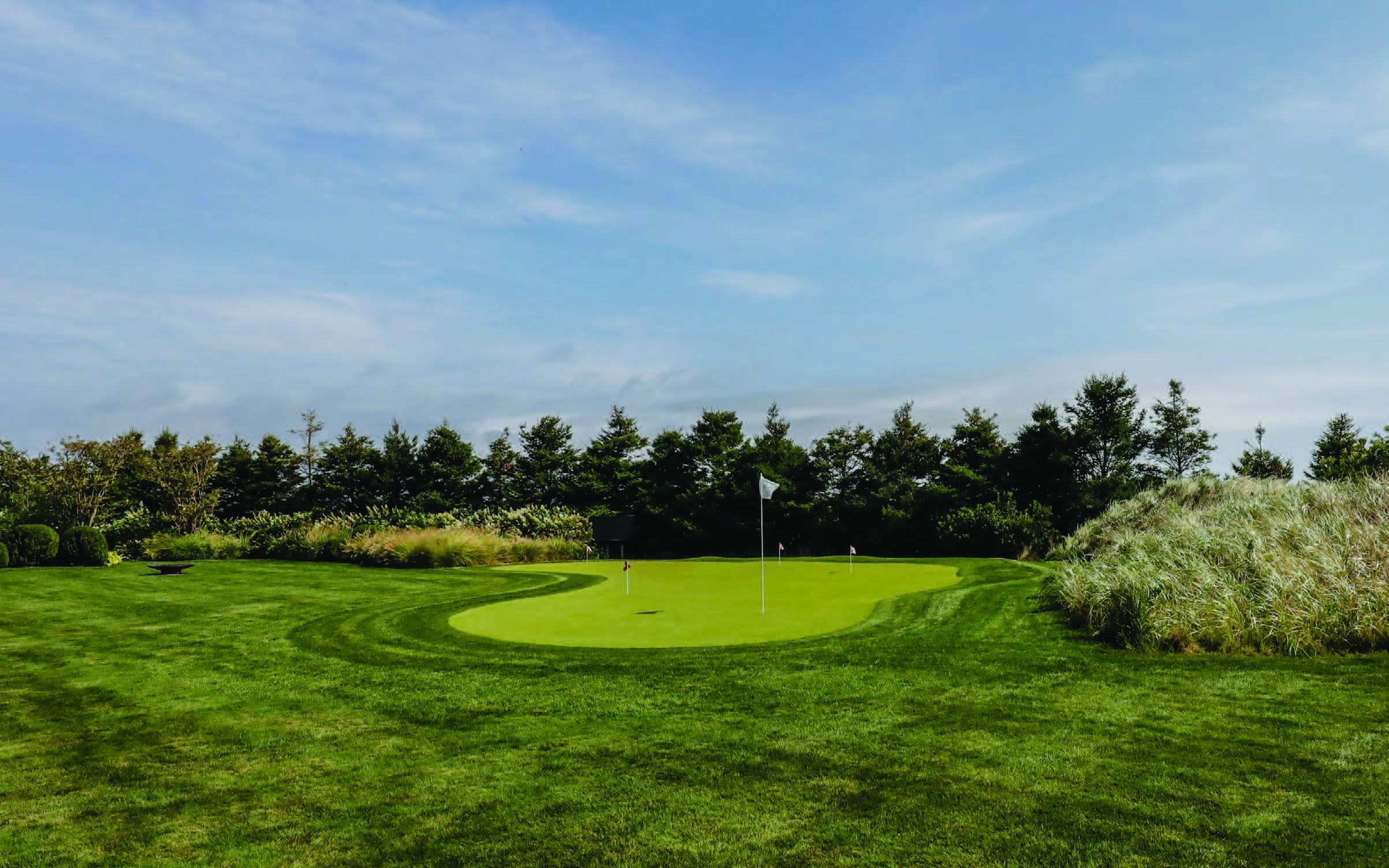 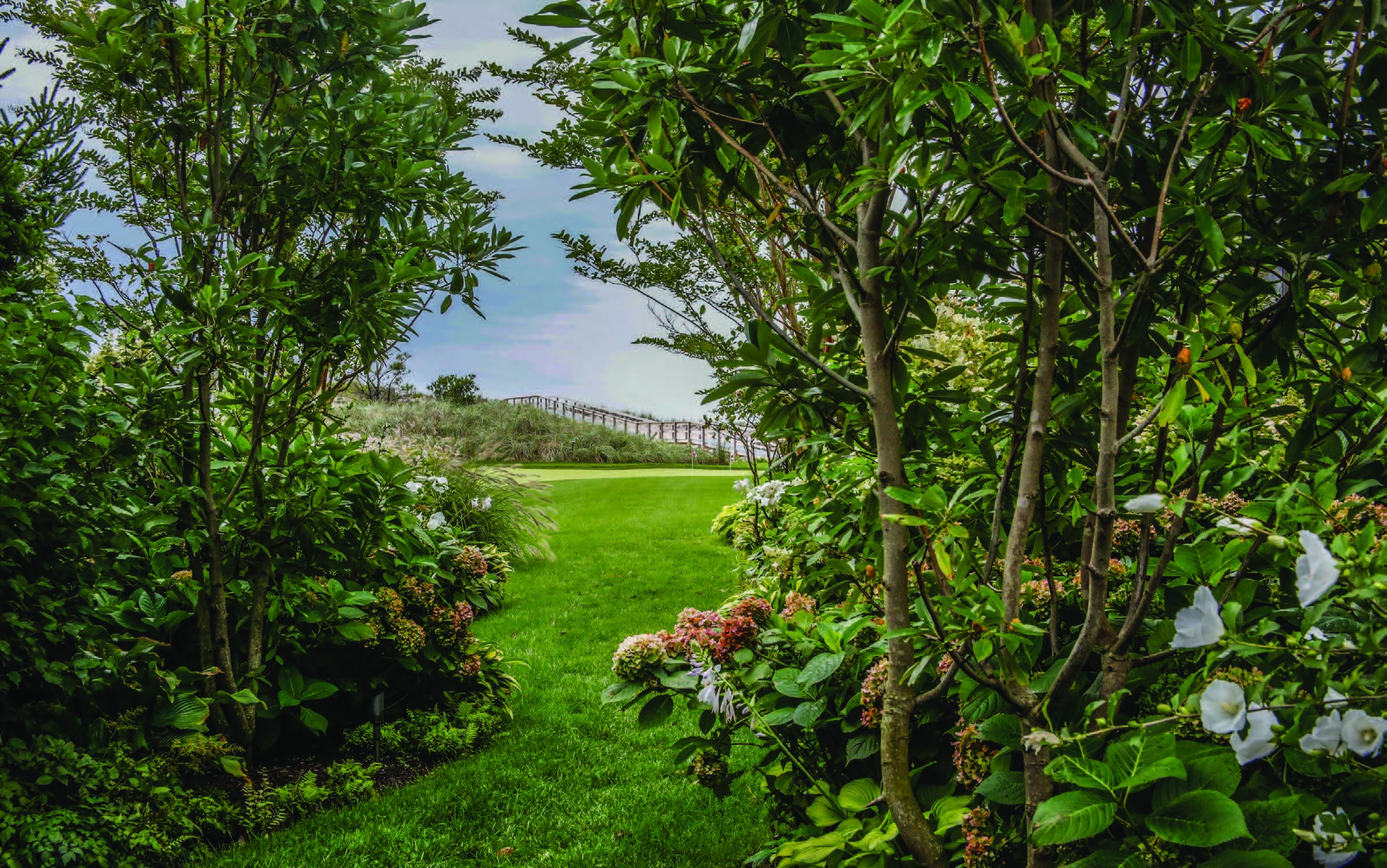 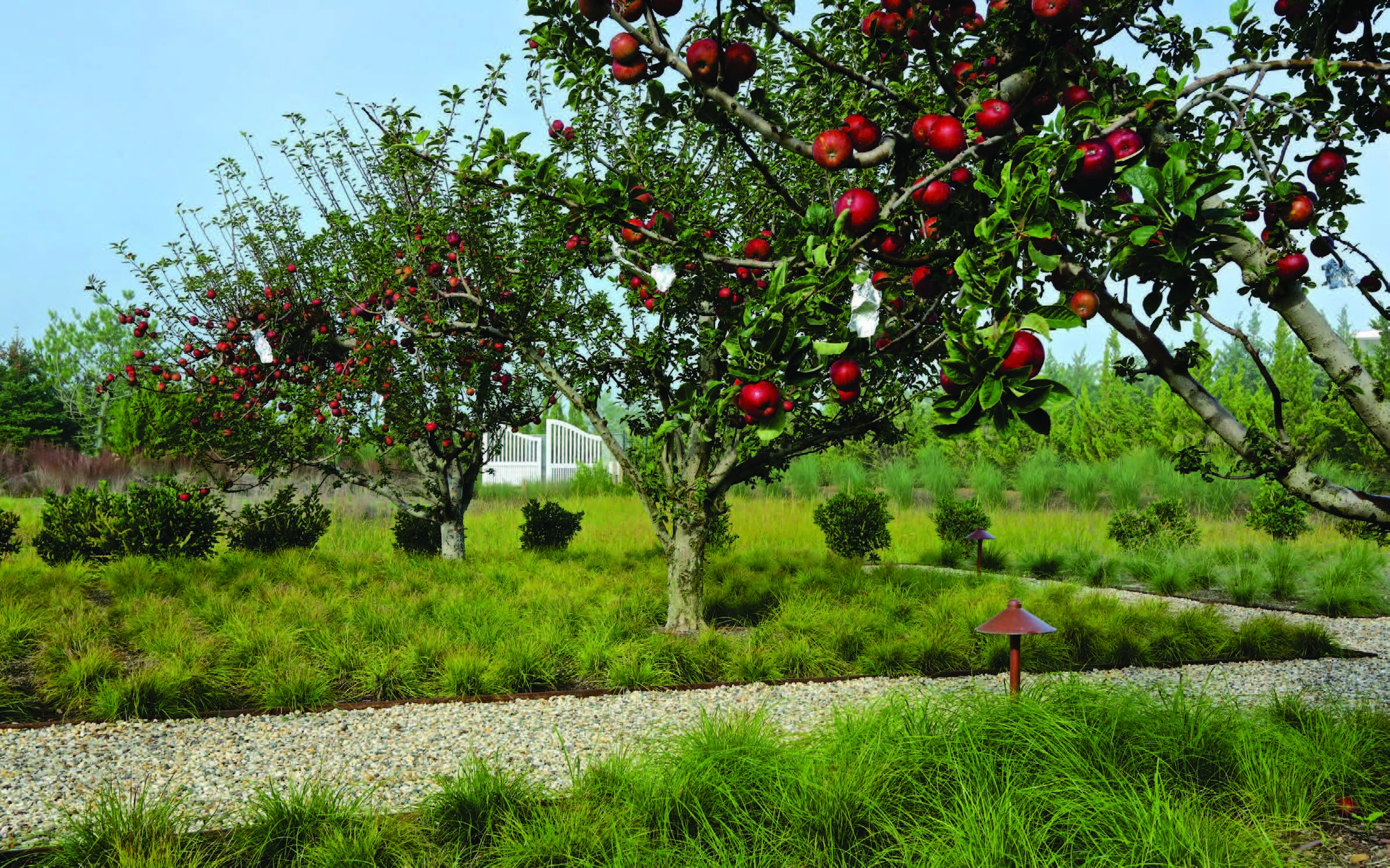 Fruit trees are part of a garden executed by Araiys Design. 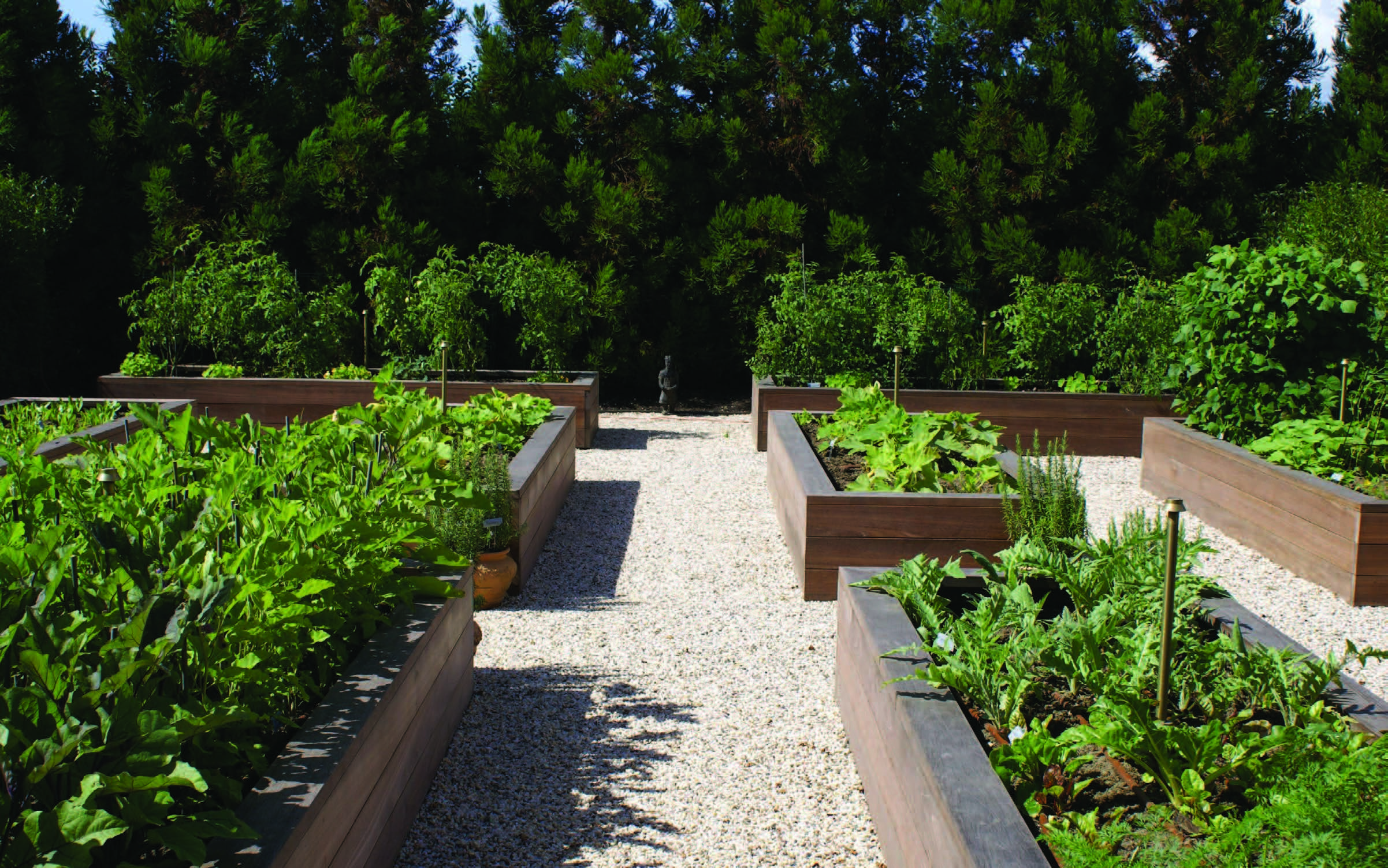 Raised beds in a garden by Araiys Design. 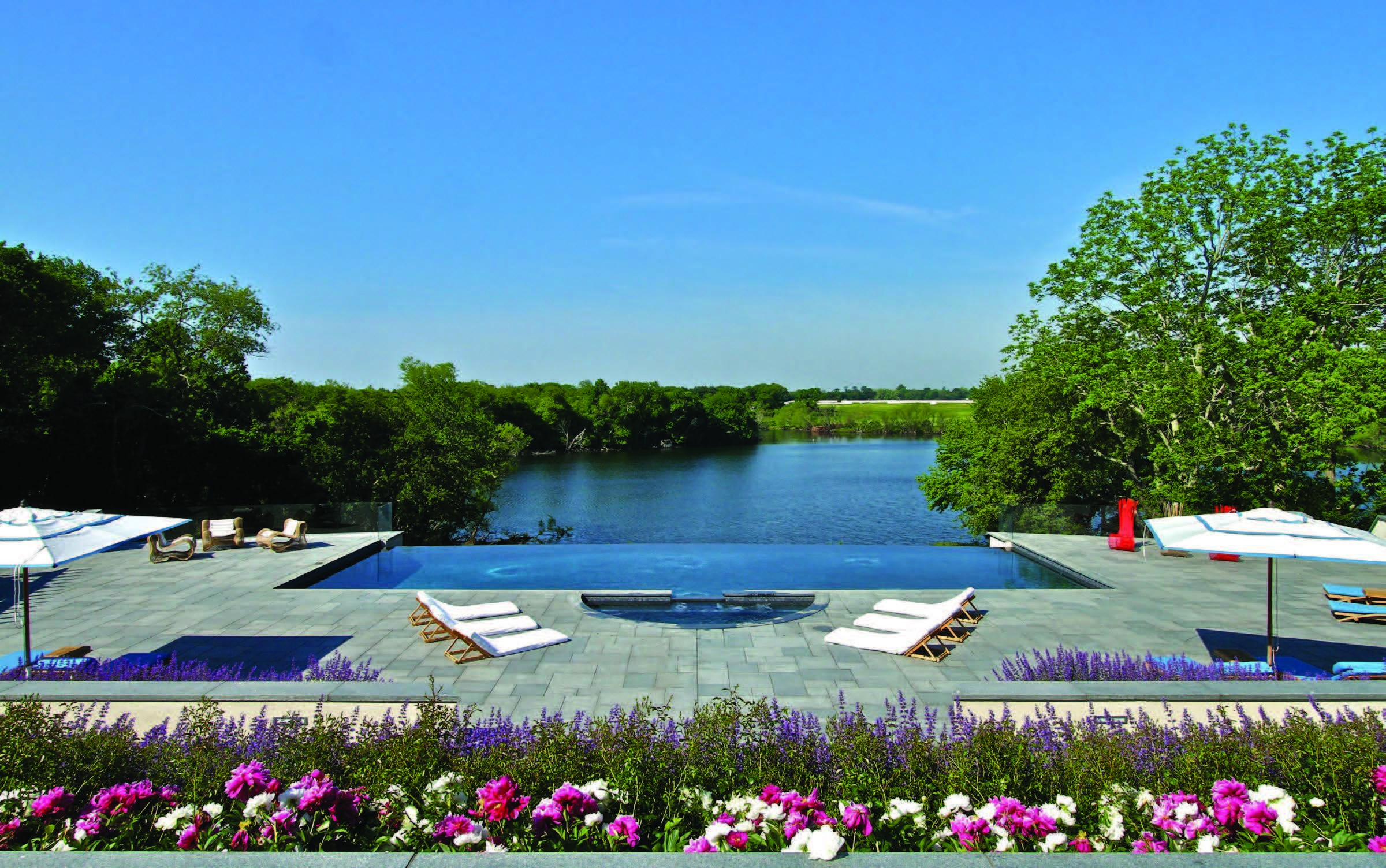 A pool design by Araiys Design. 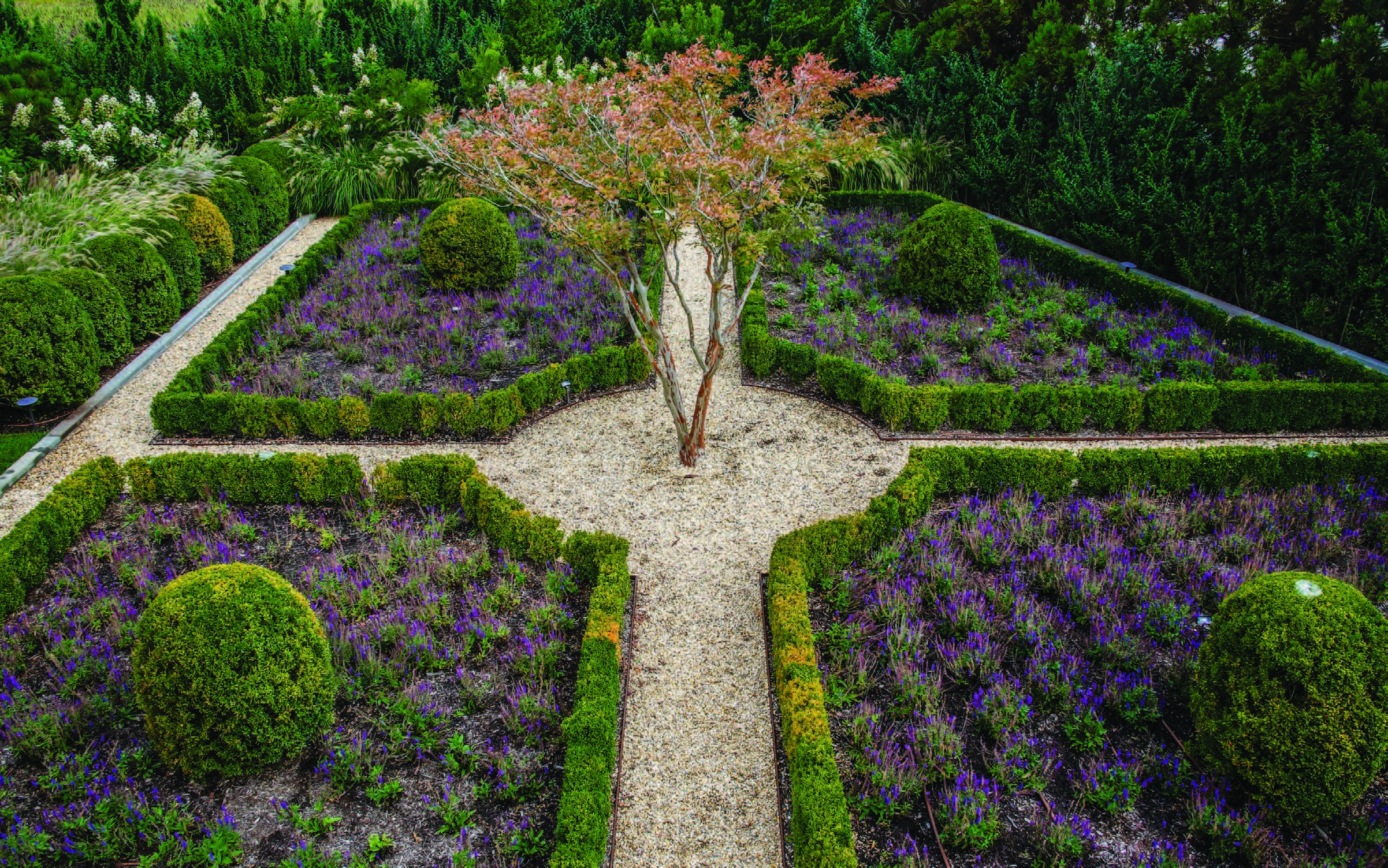 A formal garden by Araiys Design. 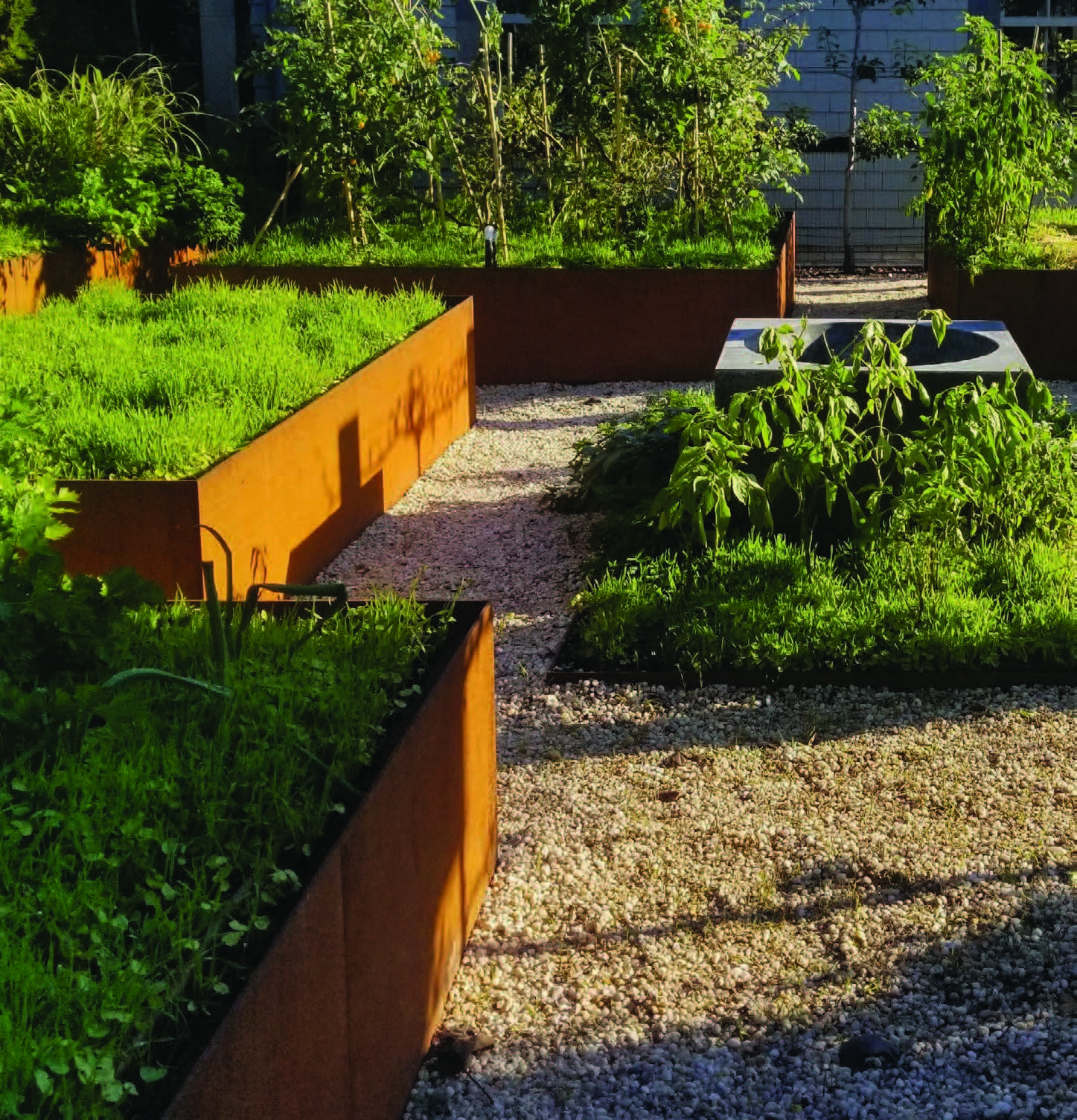 Raised beds in a garden by Araiys Design.

Landscape architects, gardeners, and other designers who focus on outdoor living spaces say their clients are not necessarily seeking wholesale changes in the wake of the coronavirus pandemic that brought many city dwellers to their East End second homes earlier than normal this season, but they are looking at their properties in a new light.

It could be something as simple as being here for the first time to see the early spring blooms to getting comfortable staying at home and cooking dinner with the kids, they say.

“People already think of their homes here as a sanctuary,” said Steve Nieroda, a senior landscape architect with Araisy Design in Southampton. “Now they are bringing a laser focus to making them as comfortable as possible.”

Until fairly recently, when New York State began to ease restrictions as the number of COVID-19 cases fell, most people had been staying close to home. “People are looking outside and asking themselves, ‘Where is my interest? What can I do here?’” said Tish Rehill, the president of Gardeneering, a Southampton landscape design firm.

William D’Agata, whose eponymous company in Quogue specializes in designing outdoor spaces, said second homeowners are now seeing their East End houses differently. In the past, he said, their seasons began in late June when their children got out of school. “Now they are using outdoor spaces much earlier,” he said.

With the possibility of the pandemic dragging on and schools not reopening in the fall, “they are seeing their second homes as potentially becoming their primary homes,” he said. “That trend is slowly becoming a reality, and I think ultimately it will be good.”

He said clients want things like outdoor kitchens, pizza ovens, and fireplaces. “They are looking for things you can use 11 months of the year,” he said.

Rehill agreed that fire pits and outdoor fireplaces are popular “because it’s a place where you can still be somewhat socially distant and still gather with family and friends.”

Clients are also looking at expanding outdoor eating spaces: “Is it big enough to enough to fit two tables to accommodate family?” she said. And they are looking for ways to convert pool houses and other spaces into home offices “because they are finding out they can work from home.”

Still, she said, at the top of the list for most of her clients is something quite simple: a vegetable garden.

“We have seen a huge uptick in vegetable gardens,” she said. While some clients want large-scale gardens, most are content to have something more modest, like some raised planting beds. “It’s something for the kids to do,” she said. “’Let’s go outside and pick some zucchini.’ People are doing hands-on things they normally wouldn’t do.”

Another interest is in children’s playsets, she said. “Even though there may be a huge playset at the park, not many people are willing to take their kids there when they have to social distance,” she said.

Nieroda said his firm hadn’t received any recent requests for a standard playground set, but he said one client’s home has a steep grade from the driveway to the water’s edge.

“We are looking for ways we can incorporate some climbing structures into that slope” for the client’s small children, he said.

Elizabeth Linker, an owner of the Irony Ltd. & Hedges & Gardens in East Hampton, agreed that second homeowners are gravitating toward their East End homes. “I’d say 60 percent of my clients are going to relocate here,” she said. “The city is not the place to be right now.”

And why not? She said. “I tell my clients if you want to feel good, go outside, get into nature, go for a walk,” she said. “Those that have come out here tell me they are so happy they did.”

However, those who came out in mid-March noticed that their gardens looked much different in the beginning of spring than they do in the summer. “They’d see that barren view in the spring and think, ‘Wow, our property looks terrible,’” she said.

As a result, she said she was busy early in the season helping clients pick out flowers and shrubs to fill in gaps in their gardens.

Like others, she said her clients all want vegetable gardens. “They want basil, tomatoes, mint,” she said. “They want fruit trees, raspberries, and blueberries. I guess they want to be prepared if they can’t go out and shop.”

“I think once people started to shelter in place, the old idea of the victory garden came back,” added Susan Wilcenski, owner of Spaces Landscape Architecture in Quogue. “They definitely want to have a vegetable garden.”

Wilcenski said she had one client who spared no expense for his garden, but she added he had the means to hire someone to tend it. Others, she said, are content with a few raised beds.

“People are cooking more, enjoying their home environment, and this gives them something to do,” she said. “People are using their outdoor spaces to the max,” she added, noting that she has gotten requests for firepits, playsets, and even the odd bocce court or putting green.

Bocce courts “have become very popular,” agreed Nieroda. “Pickleball has become big too because it’s a little easier to play than tennis.”

He said a favorite project of his was the repurposing of old stagnant pond into a small fountain, with water that flowed over ornamental rocks. “We were creating this dining terrace in the area and said ‘Let’s keep this and redesign it,’” he said. The house is near a highway, added, so the gentle sound of the running water helps buffer the sound of traffic.

“Even though they can leave now, they don’t want to leave,” Wilcenski said. “They love their families. They love their homes. They call this paradise.”