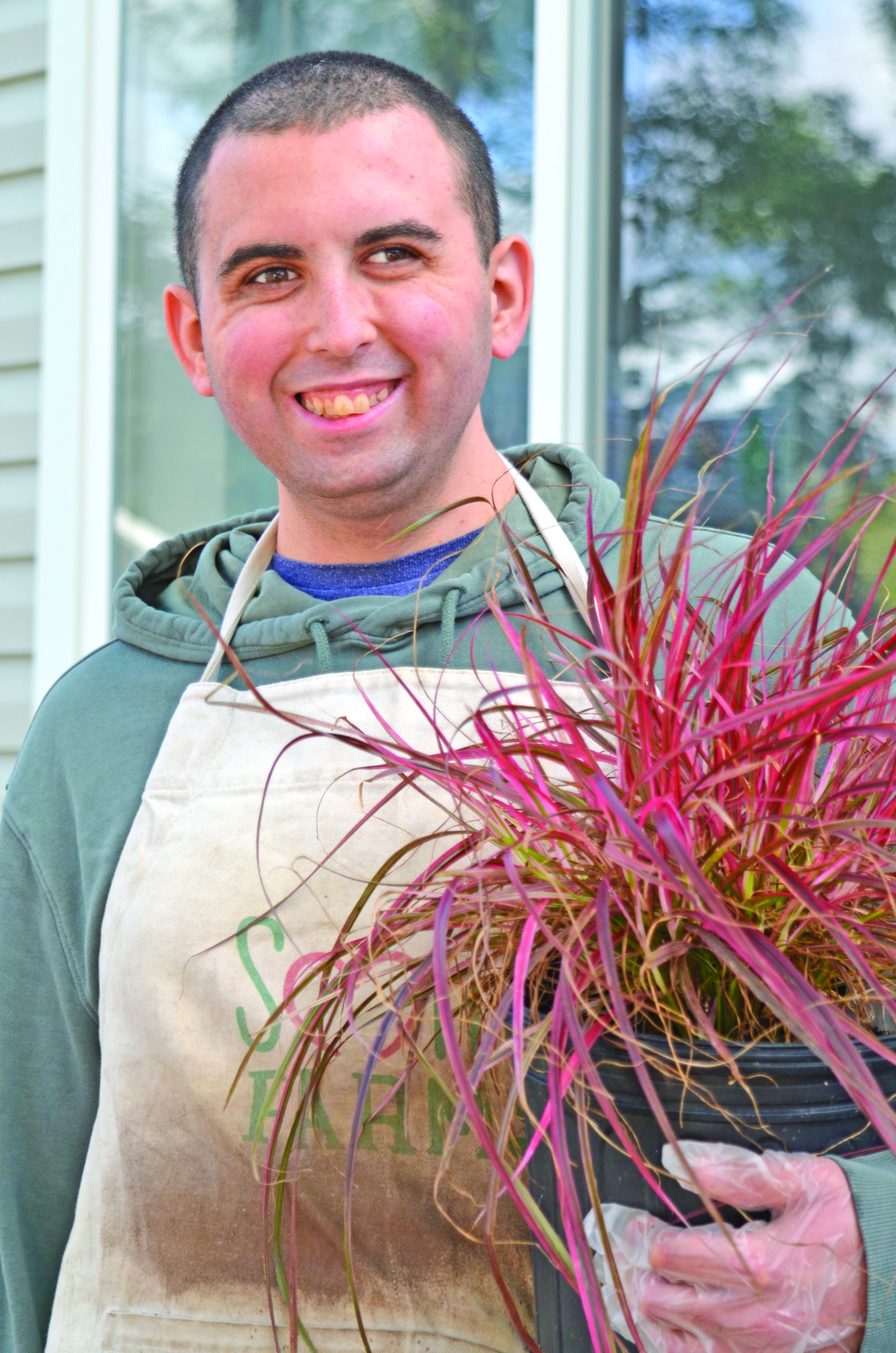 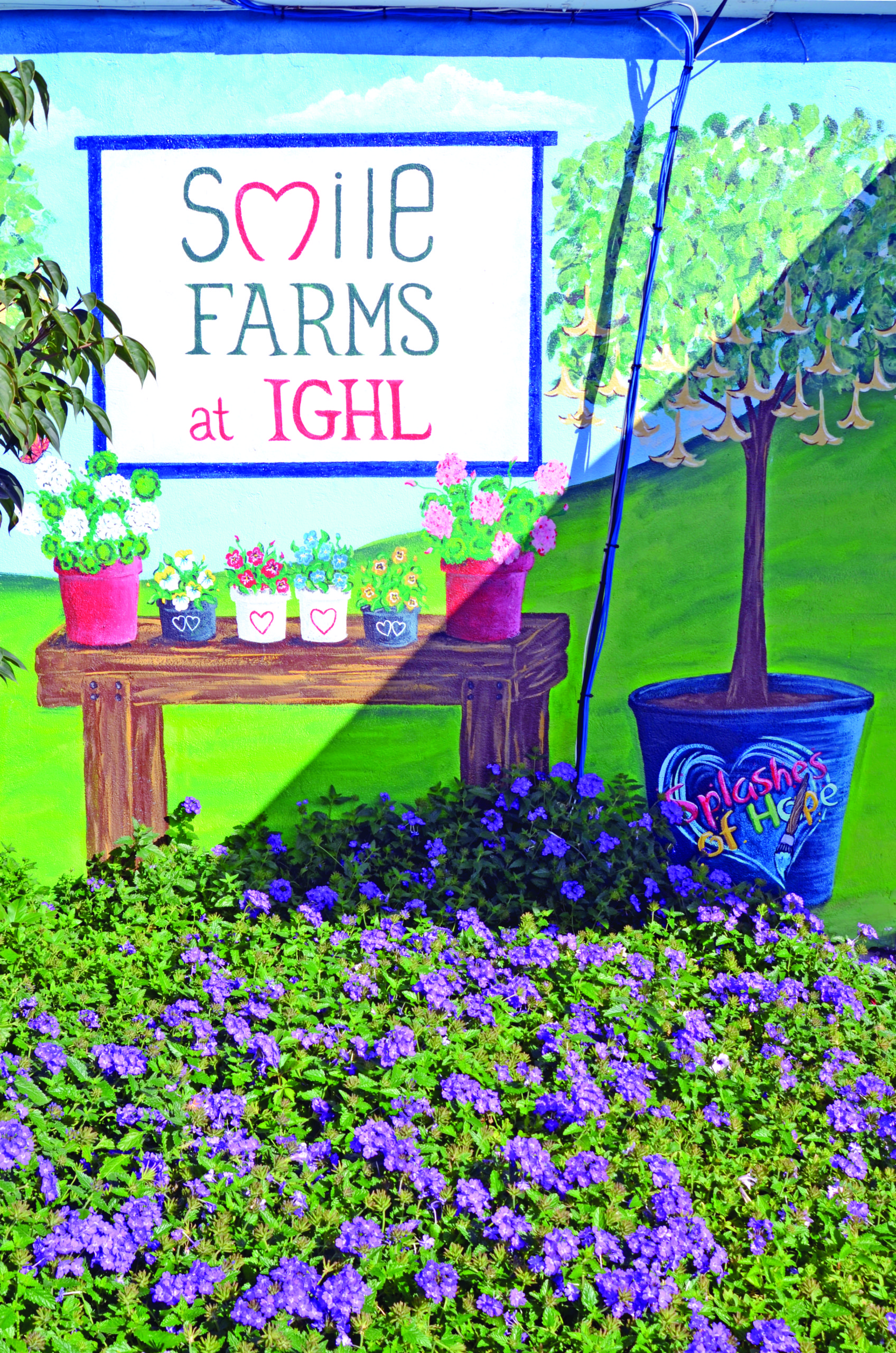 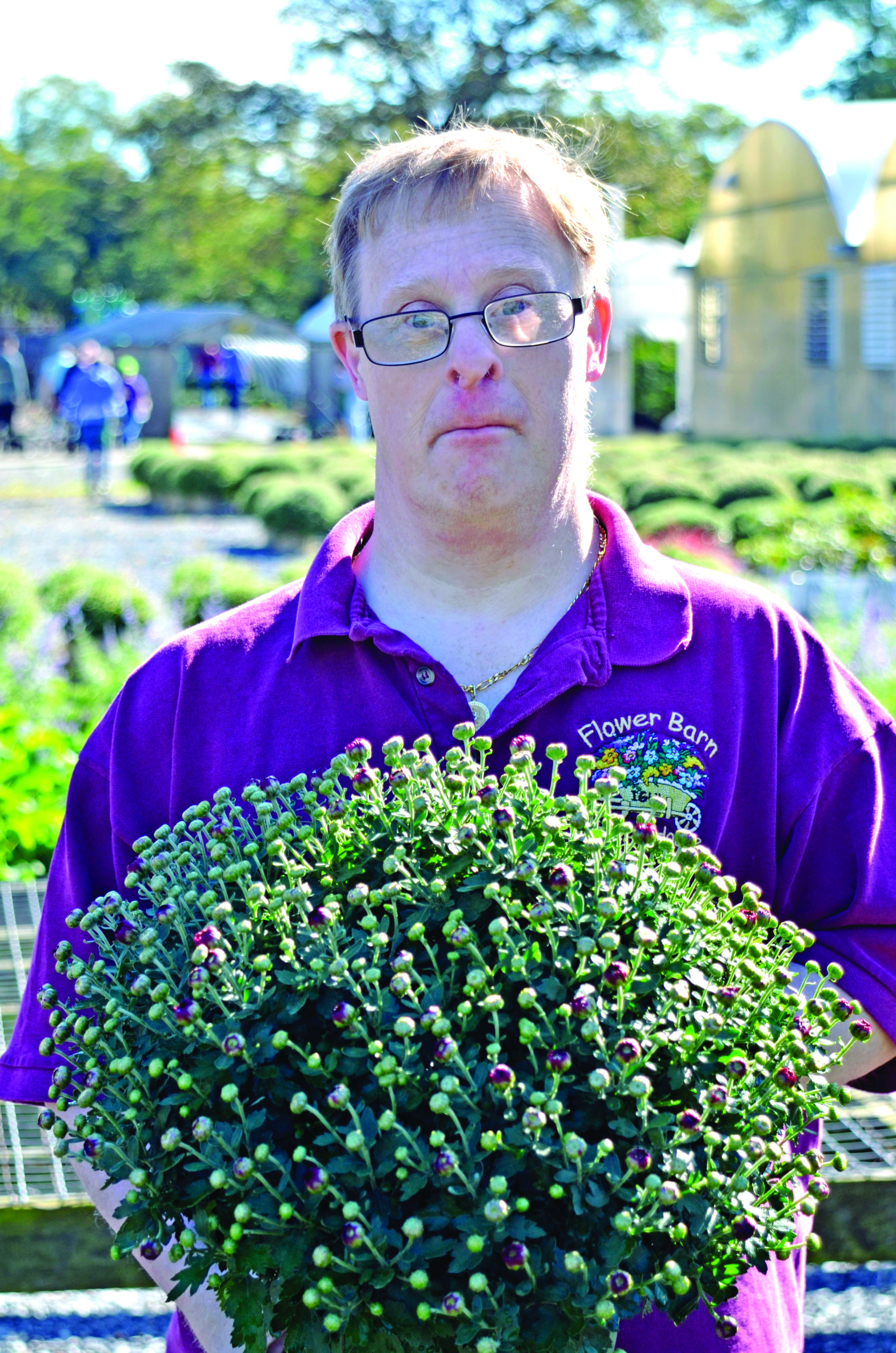 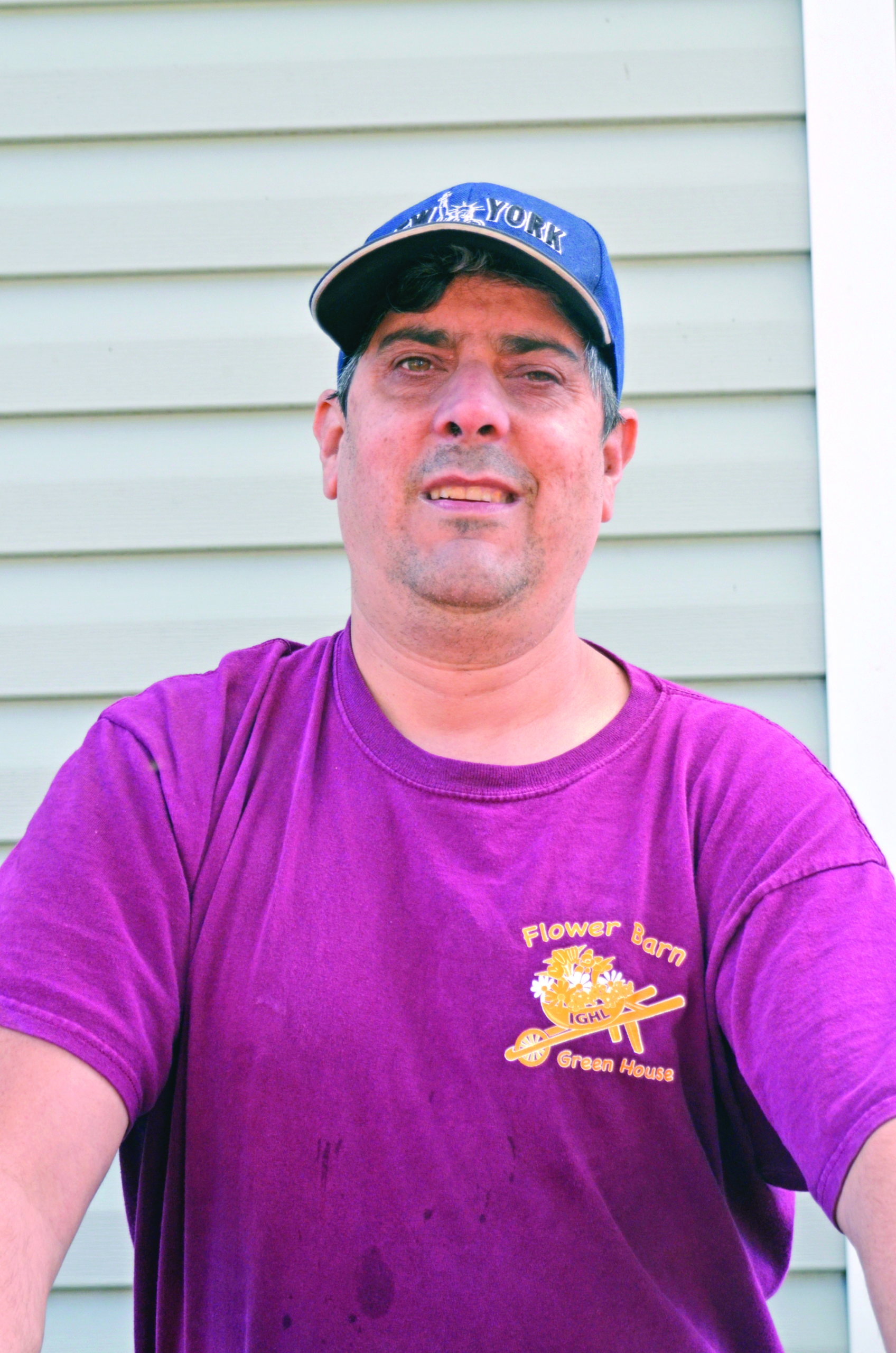 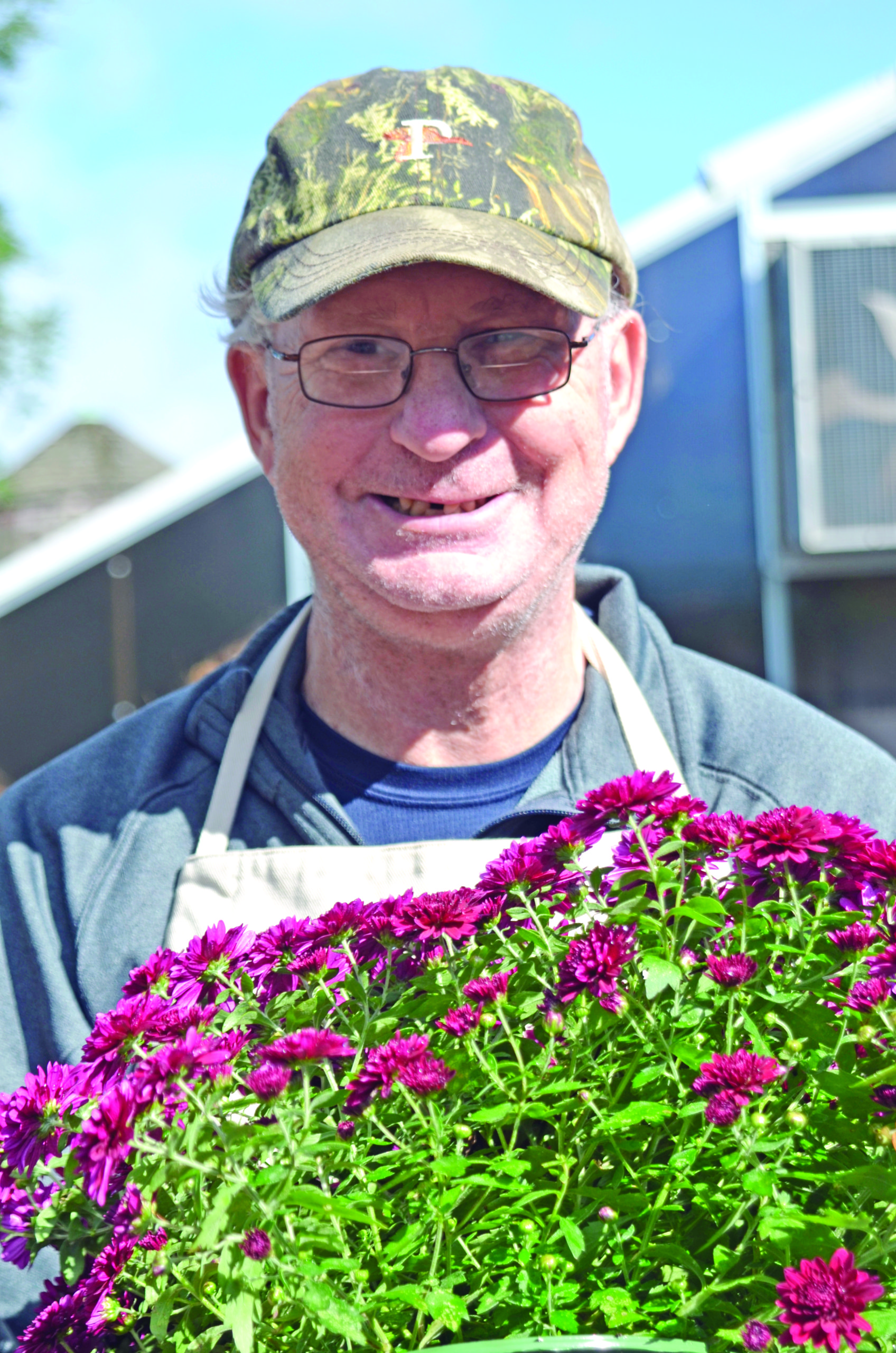 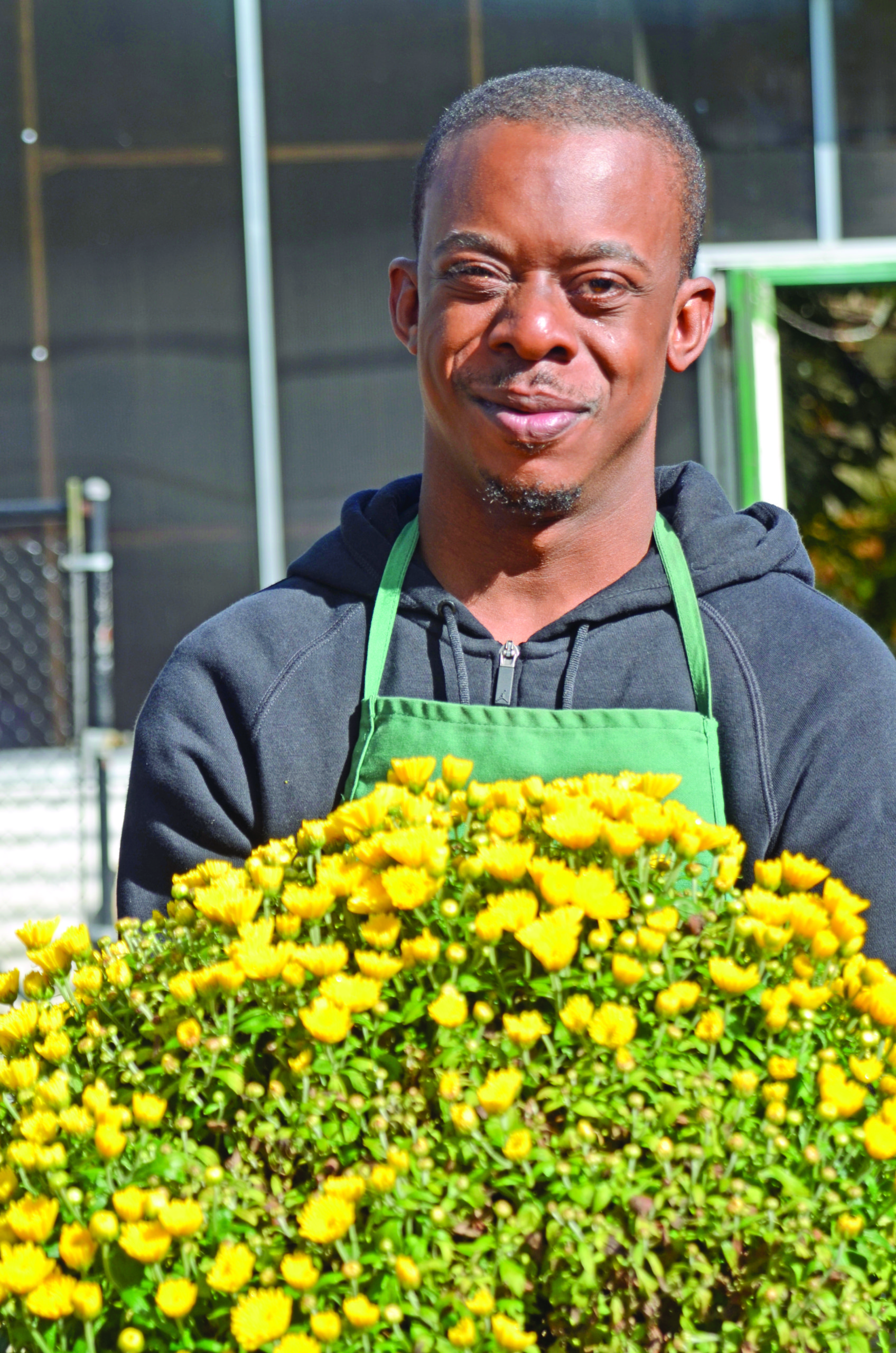 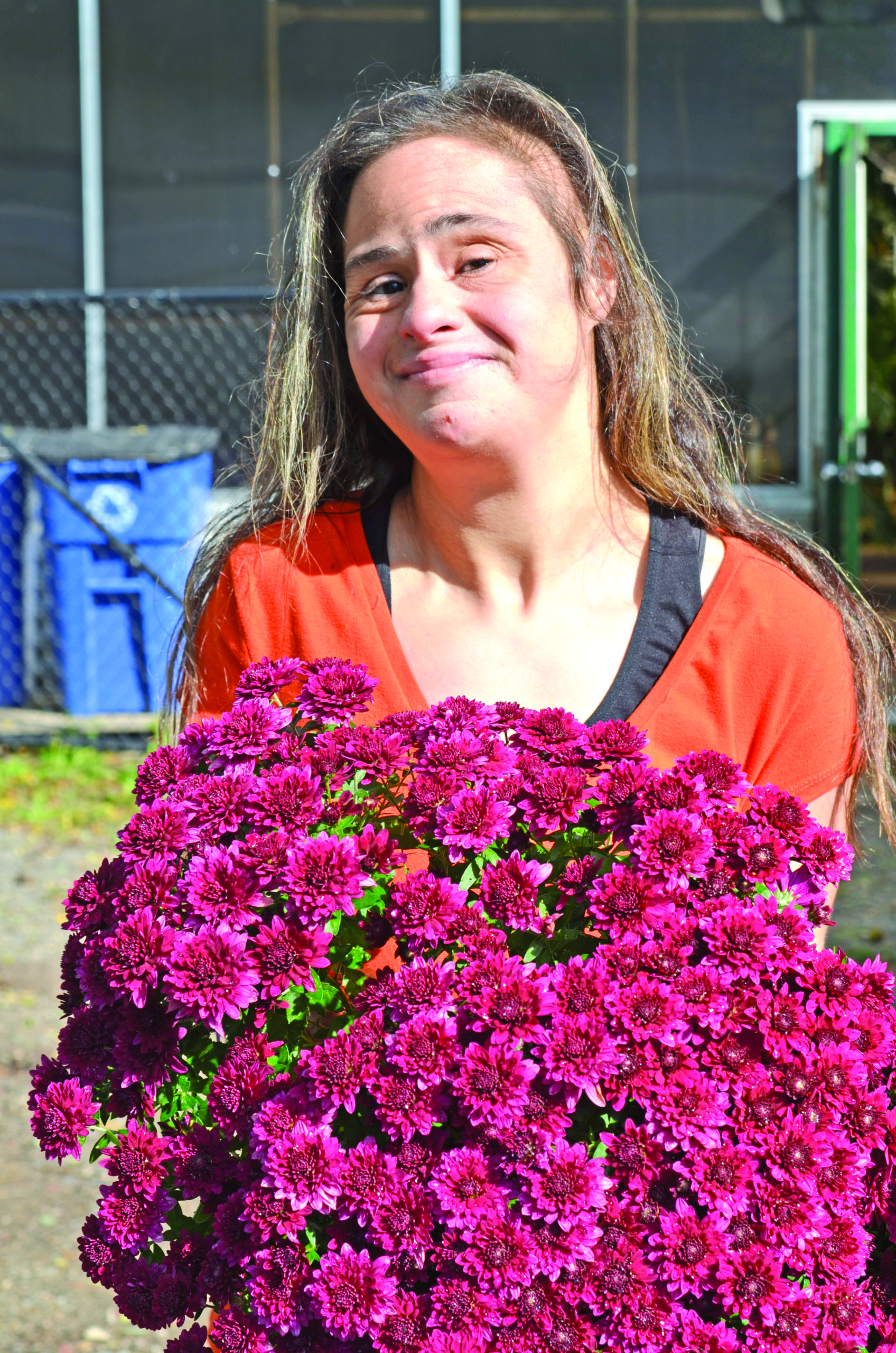 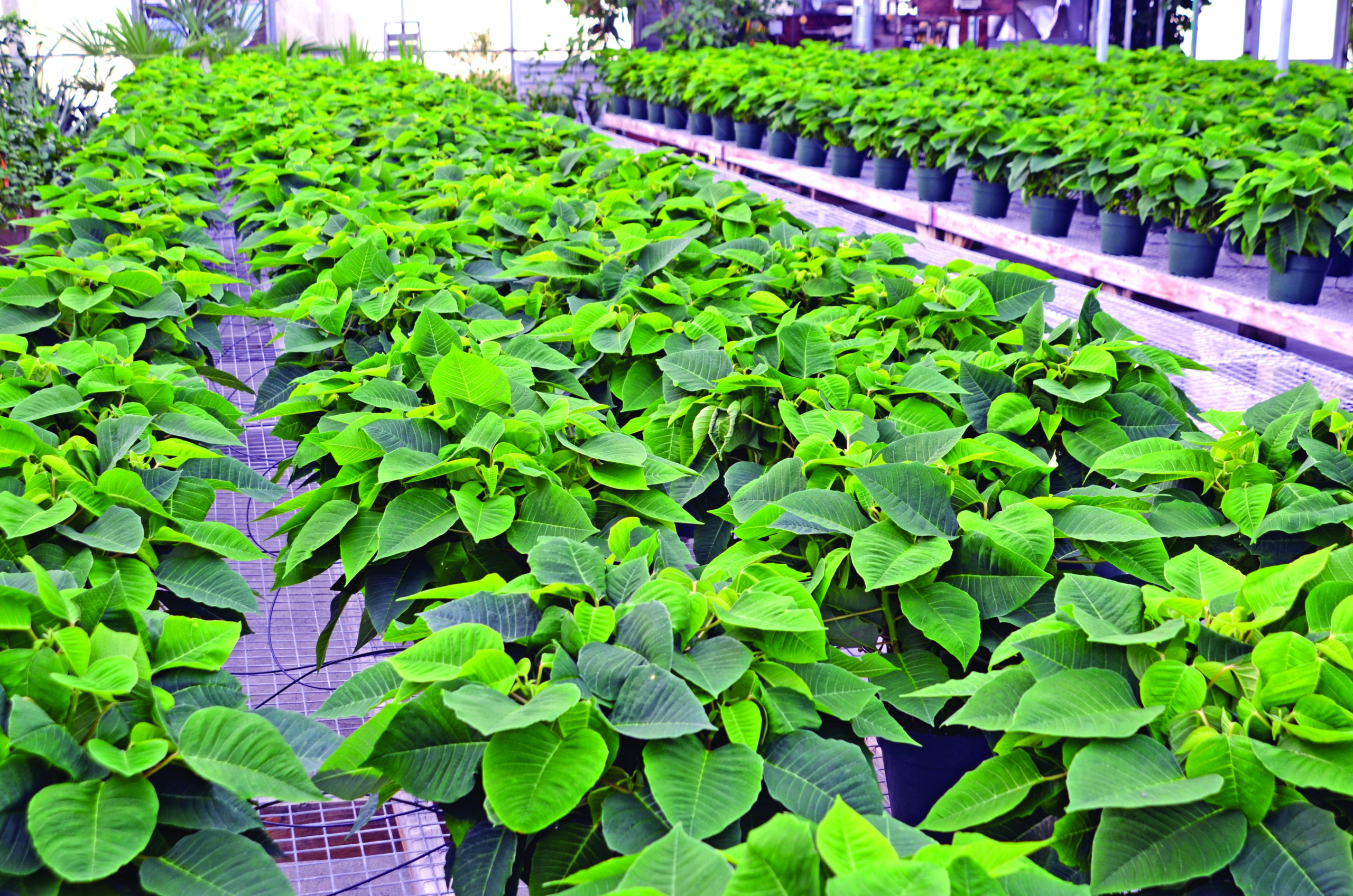 With Christmas right around the corner — and the demand for poinsettias reaching a seasonal high — the Smile Farms greenhouse in Moriches has been running at full tilt with workers busy growing the Christmas favorite and other annuals and perennials.

What makes Smile Farms different, though, is that the workforce at its eight campuses across Long Island is largely made up of adults with developmental disabilities.

Every morning and afternoon from Monday through Friday, groups of about 15 residents of Independent Group Home Living, or IGHL, are bused to the garden center on Montauk Highway and three other Smile Farms campuses in Suffolk County, where they get right down to work doing simple tasks ranging from smoothing out the clumps in a huge pile of potting soil to carefully filling each pot with the desired amount of soil, and gently planting seedlings.

More important, said Sue Fernandes, the director of day programs for IGHL, is that the clients, or consumers in IGHL parlance, are paid minimum wage — currently $12 an hour — for their daily 90-minute shifts. They are allowed to use the money for whatever they like, from trips to the mall, a stop at a fast-food restaurant, or something more important to them, including gifts for their family and friends.

“For many of them, it’s their first exposure to the job world,” she said.

“Like anyone else, they love it,” added Jonilyn Krauss, the office manager of the Moriches site. “They do love their jobs, and they love it on payday when they get their checks.”

IGHL residents provide the bulk of the labor at the Moriches operation, where earlier this fall they raised an estimated 10,000 mums before transitioning to the holiday trade when they will produce about 5,000 poinsettias. Ms. Fernandes said the store also sells wreaths, garlands, ornaments and lights during the Christmas season.

Besides Ms. Krauss, there are only three other year-round employees: Arnulfo Mendez, the greenhouse manager, and Lisa Dosiak and Rosa Lazo, who also work in the greenhouse.

“They really focus on what they do,” she said of the IGHL workers. “It’s like a well-oiled machine.”

“It’s very uplifting,” Ms. Fernandes added. “A lot of people pass by Smile Farms all the time, but they don’t realize who is actually working at the place.”

One of those workers is David Ventura, 38, who has lived in an IGHL home in Eastport for 16 years. He said he loves having a job.

“I look forward to it,” he said. “I never complain about Mondays.”

Mr. Ventura said his pay comes in handy for things like the magic lessons he takes at Ronjo’s Magic Shop in Port Jefferson. “I can juggle five balls at once,” he said proudly, adding that he is also learning card tricks and how to wiggle his way out of a straitjacket. (It’s easier if the jacket fits snugly, he offered.)

He also sets aside some money for dates with his girlfriend, Tanisha Coleman. For her part, Ms. Coleman said she was saving up for a smart TV.

Another worker, Keith Caputo, who comes from Center Moriches, uses part of his pay to help the highly successful charity he runs with his mother, Cassy, “Helping Makes U Happy.”

The Moriches garden center was originally known as the Flower Barn and run exclusively by IGHL, but it was folded into Smile Farms when the philanthropic wing of 1-800-Flowers got involved five years ago.

Jim McCann, the company’s founder and chairman, said Walter Stockton, the chief executive officer of IGHL, had approached him about helping find work for his clients.

“A job means so much more than a paycheck,” Mr. McCann said. “These people are happy.”

Mr. McCann has firsthand knowledge. His brother Kevin has lived in an IGHL home since 1994 and works at Smile Farms in Moriches.

“Flower shops are family businesses,” Mr. McCann said. “When we got together, we talked shop, and Kevin was never part of those conversations. Now he is because he is in the same business.”

Kevin Ventura said he enjoyed the daily art programs and other activities that go along with his job. “I love Christmas,” he added.

Smile Farms sells its products to both retail and wholesale customers.

One satisfied wholesale customer is Don Mahoney of Mahoney Associates of Southampton.

“They are one of our preferred vendors for annual flowers. First and foremost, their quality is always exceptional, and that is what our clients want,” he said. “It’s also such an amazing establishment and environment. It’s a pleasure to be able to purchase quality plant material from an organization that is providing a sense of well-being and self-worth to the individuals growing the plants. We take pride in supporting them.”

“They are creative, they grow beautiful plant material and they are open to suggestions,” she said.

She said once she brought in some non-GMO papaya seeds she had received from the Hawaii Department of Agriculture. Months later, she was asked how many plants she wanted.

Working at Smile Farms provides IGHL residents with “a productive, cheerful, happy job that allows them to be a part of commerce and interact with people,” she added. They are integrating these people into society. I just can’t say enough.”

Mr. Mahoney said he didn’t want to say too much about Smile Farms. “I don’t want their inventory to be cleaned out,” he said, before he got what he needs for his own clients.