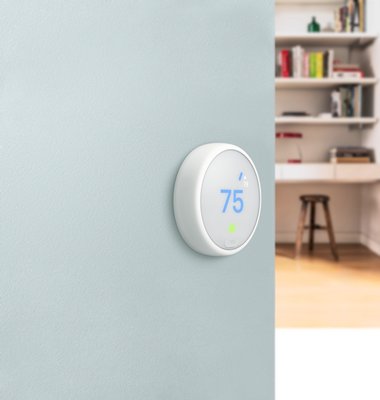 The heat is on for East End environmentalists who are hoping to reduce the amount of electricity being consumed in Southampton and East Hampton towns by summer 2019.

That is what pushed Islandia-based Applied Energy Group—under a contract with PSEG Long Island—to launch a series of energy rebates for residential and commercial properties known as South Fork Peak Savers.

The rebates—focusing on smart thermostats, upgraded pool pumps, and commercial efficiency improvements—aim to meet the goal of lowering energy consumption on the East End by 8 megawatts to avoid future problems like brownouts and blackouts.

The first rebate, which started earlier this year, involves allowing PSEG to control the temperature setting on a customer’s Nest thermostat, a smart thermostat that can be programmed and adjusted from a computer or smartphone. By altering the temperature two or three degrees during peak hours, PSEG says the utility can save 1 kilowatt of energy for every 8,000 thermostats it is controlling. This rebate is available for all residents in Southampton and East Hampton towns who have central air conditioning.

To entice residents to join, the program is offering a $250 signing bonus to those who already have a Nest thermostat. Those with two or more Nest units can receive a $500 bonus. Customers will also get a $25 rebate every year they stay with the program. Customers who do not already have the smart thermostat can get a free unit.

The second rebate is for upgrading basic pool pumps to variable-speed pool pumps. South Fork Peak Savers is offering $250 off the price of the pump, in addition to $350 offered through PSEG.

According to Mr. Humenik, a traditional pool pump essentially has only two settings—on and off. But a variable-speed pump can adjust to the climate and whether the pool is in use, typically saving the client up to 80 percent off the cost to power the pump.

Considering that Southampton and East Hampton towns have twice the number of pools than the Long Island average, Mr. Humenik said that the potential electricity savings is significant.

The pool rebate program first launched after Labor Day last year and will relaunch this spring with the hopes of adding more participants as homeowners open their pools for the summer.

The final rebate is for commercial properties east of the Shinnecock Canal, with South Fork Peak Savers offering evaluations to see where their energy needs lie, particularly when it comes to lighting. The organization is helping business owners switch to more sustainable lighting sources, taking 30 percent off the installation price for new equipment.

More information about the rebates can be found at southforkpeaksavers.com, or by calling 833-346-2181.

“These rebates help to increase sustainability and local control over energy,” Mr. Humenik said. “For us, it helps improve the environment while getting people to do things that will not be inconveniencing them significantly so we can have a softer environment on the South Fork.”