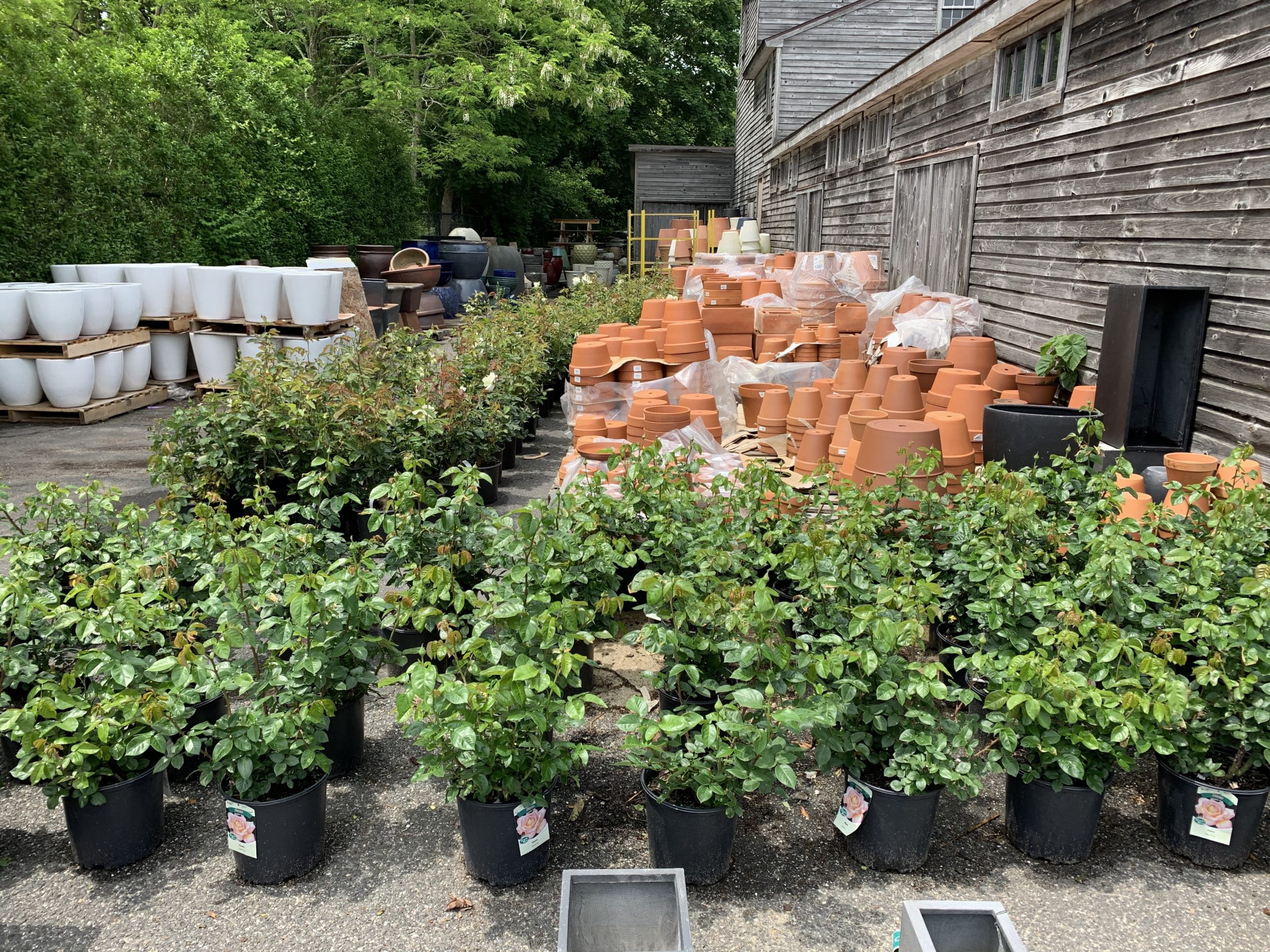 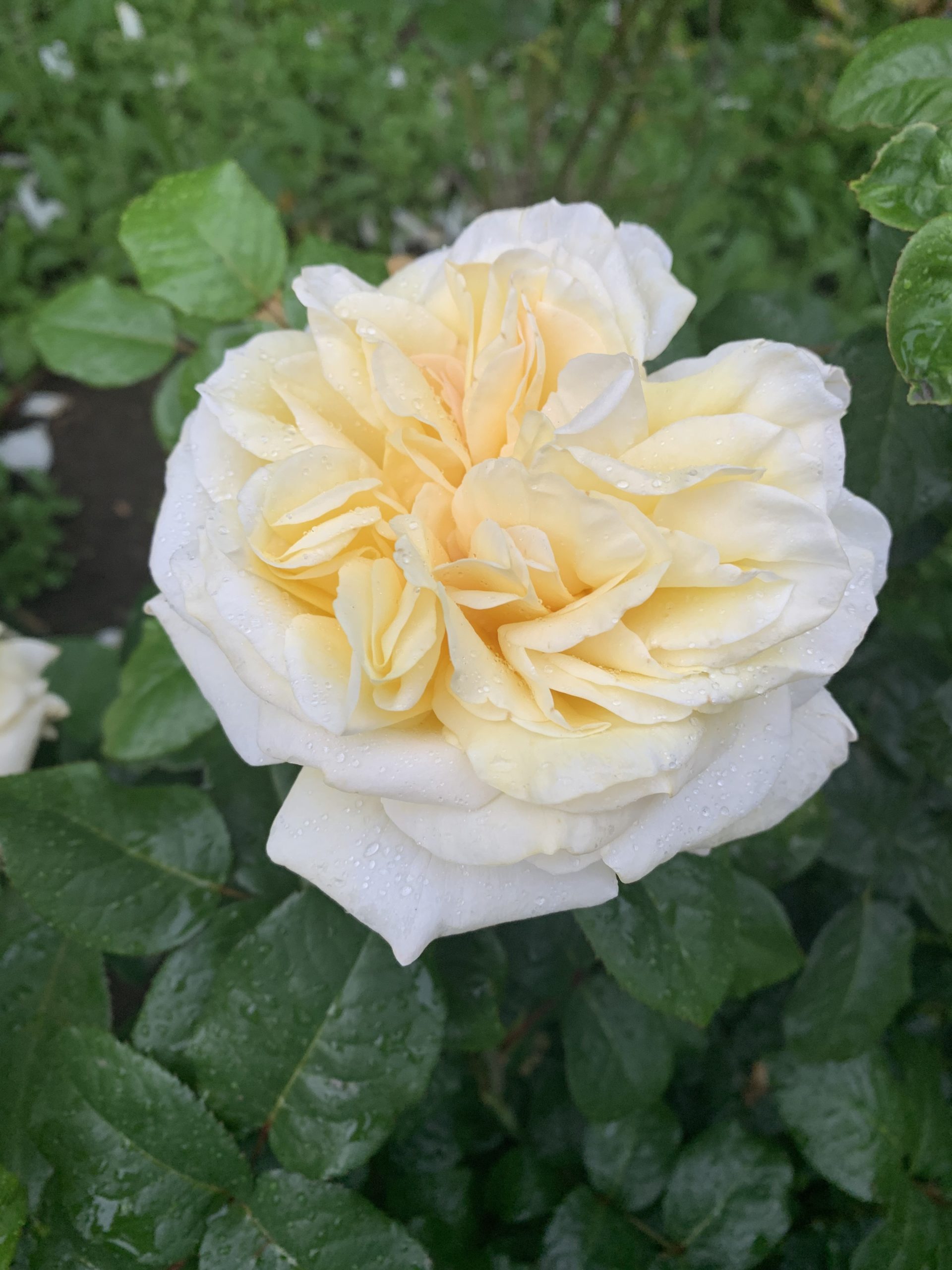 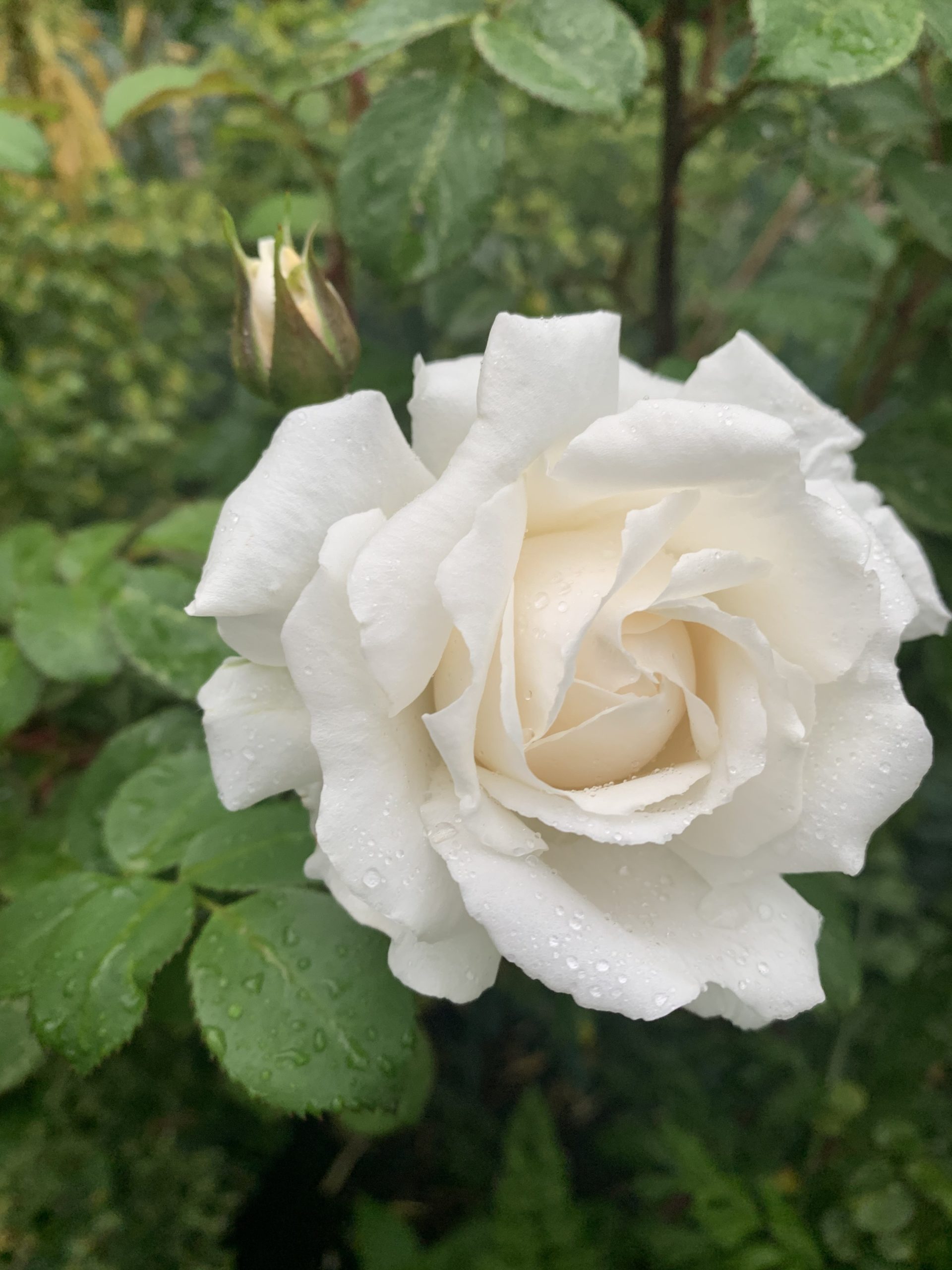 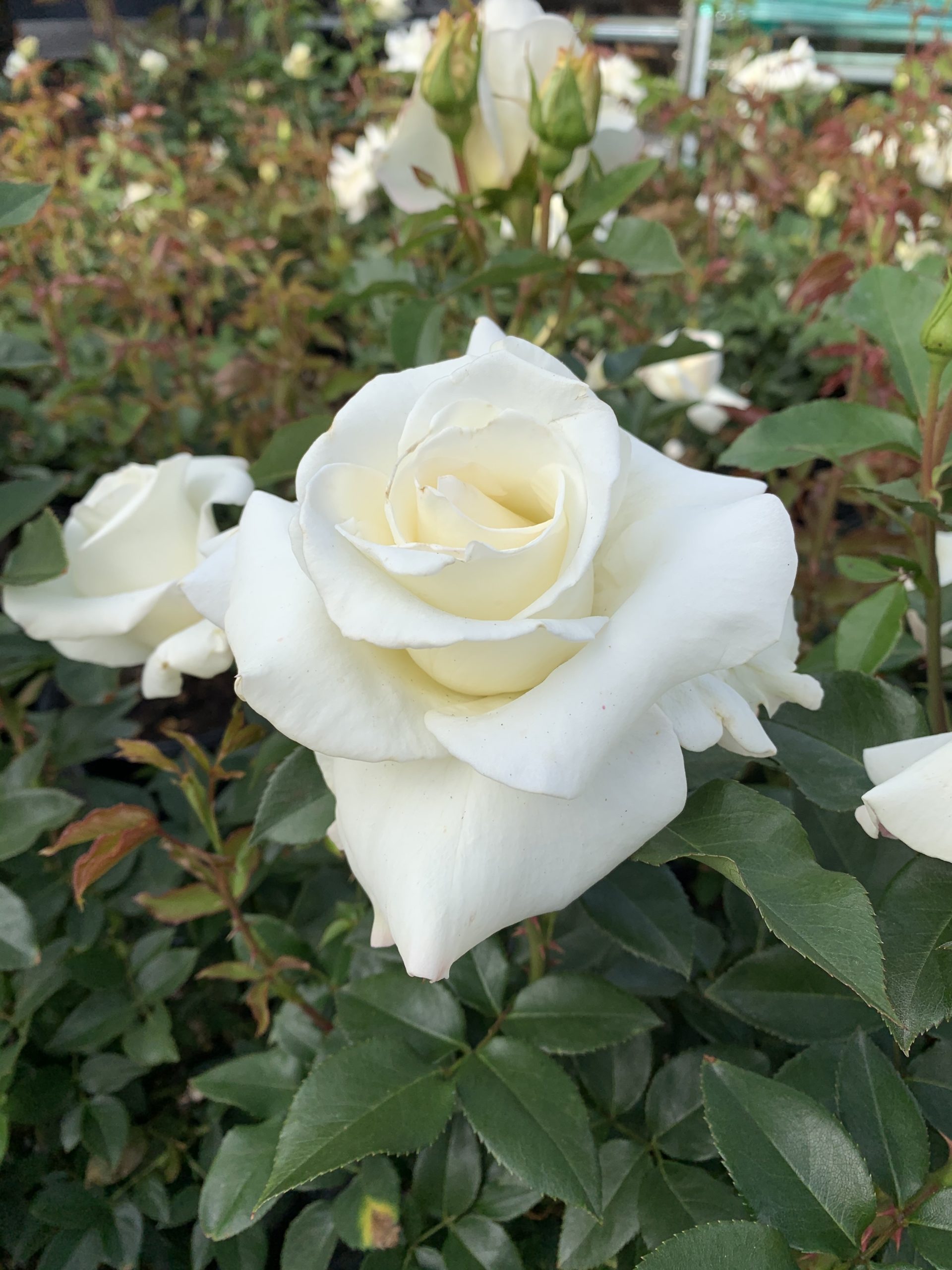 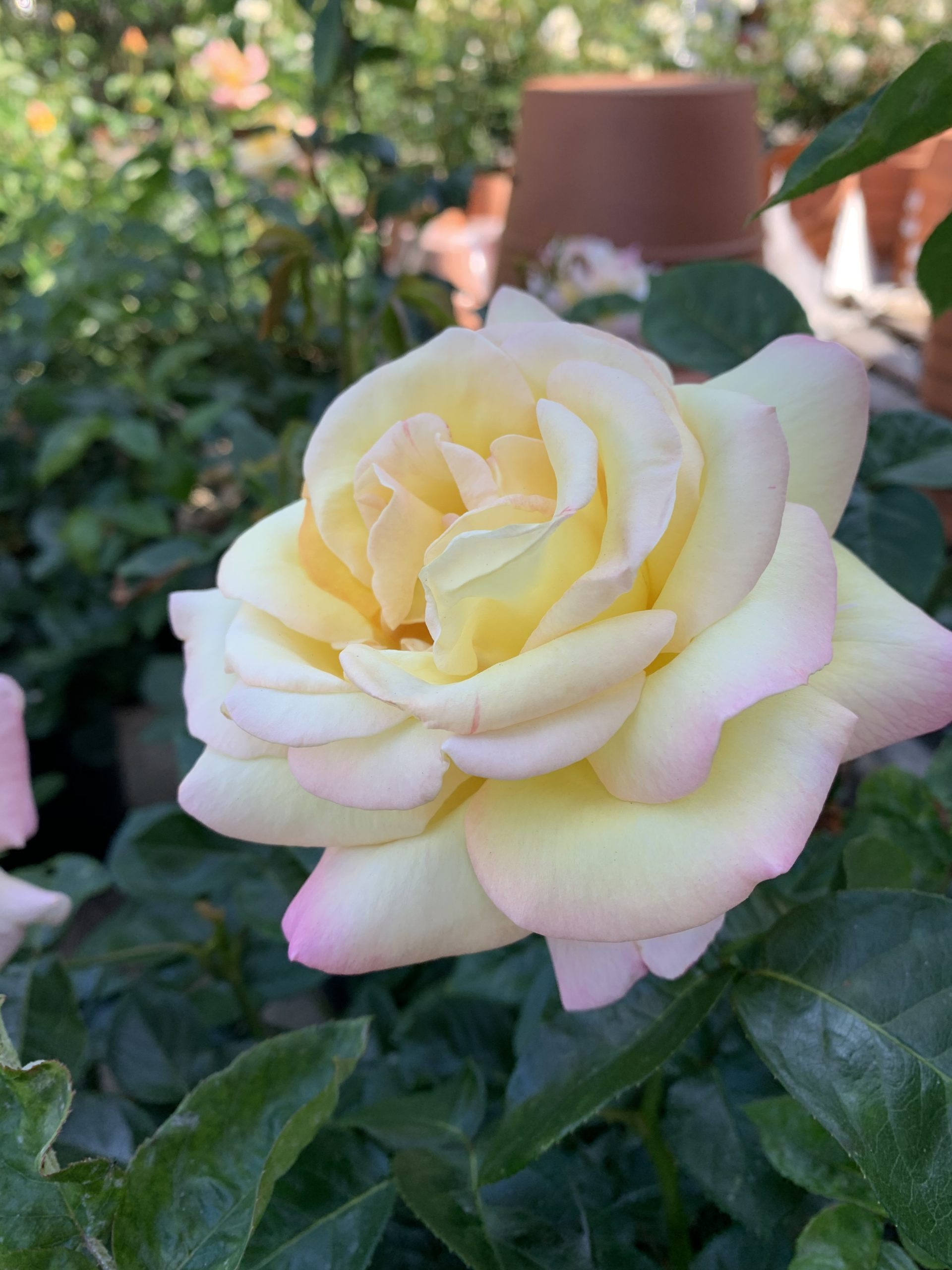 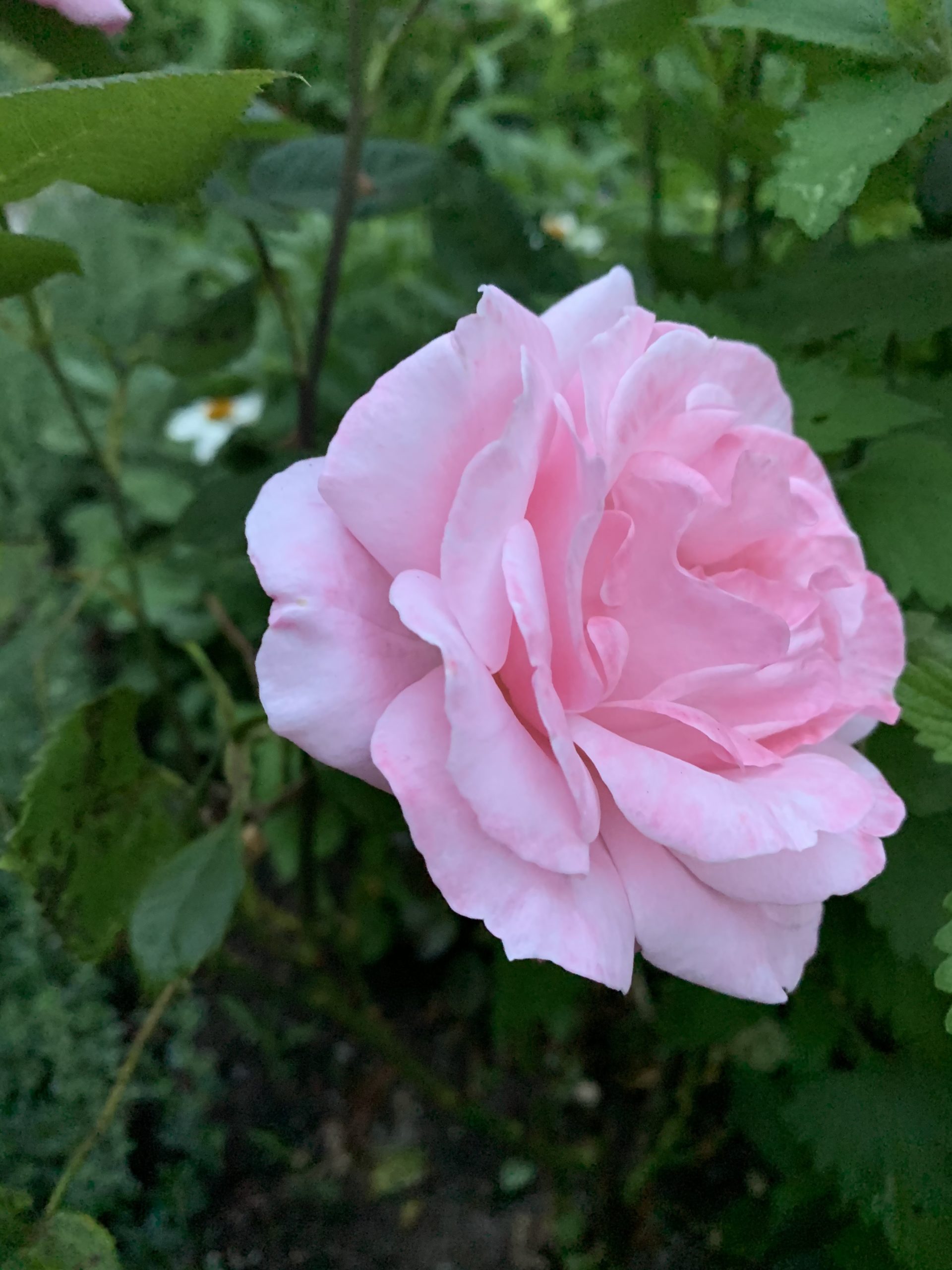 The renovation of the White House Rose Garden unveiled last month predominantly features roses that were under the care of Fowler’s Garden Center in Southampton Village before they made their way to the nation’s capital to be planted.

The Southampton connection to the first renovation of the rose garden since it was installed in 1962 doesn’t end there. Perry Guillot, one of the landscape architects tasked with updating the design, is a Southampton resident.

Speaking Tuesday, August 25, having just landed in Washington, D.C., after a few days back in Southampton, Mr. Guillot explained that he had been working on the White House Rose Garden since the new year, and the last five weeks was the construction phase. Construction wrapped the Saturday before.

Over this past winter, he reached out to Midge Fowler at Fowler’s about the rose supply because of their long-standing relationship. In 2002, Mr. Guillot presented his privet drawings from his book, “Privet Lives” — which tells the history of Long Island through the eyes of privet hedges — at Ms. Fowler’s privet fields on Wickapogue Road.

Fowler’s manager Pam Healey ordered various roses from different plant breeders and suppliers, and the garden center received scores of rose plants at the end of May.

“We watered them, we dead-headed them, we fertilized them,” Ms. Fowler said. “We kept them looking good. Because of the install coming in August, they had to look great.”

A month later, after the rose plants more than doubled in size and started flowering under the garden center’s care, they were sent on to the National Park Service.

Ultimately, 14 varieties of roses were included in the final rose garden design, and more than 90 percent of the plants came through Fowler’s, Mr. Guillot said. Fowler’s ordered 100 John F. Kennedy roses from Star Roses & Plants and 65 Peace roses from Jackson & Perkins, both of which make up the bulk of the garden, and a few other roses in smaller numbers, including Queen Elizabeth II, Pope John Paul II and Moonlight Romantica.

Jackson & Perkins developed and hybridized the John F. Kennedy rose in 1965 as a tribute to the slain president, he said. It is lightly scented and a beautiful representative of a classic white rose, he added. “When you think of a cartoon of a rose, that’s what it looks like,” he said.

The Peace rose was developed during World War II and named to commemorate the end of the war.

“It is without a doubt the most successful and most popular rose in the world,” Mr. Guillot said.

He explained that the idea behind the rose garden renovation was not to start with a fresh idea, but to reinstall the garden originally envisioned by horticulturist Bunny Mellon for the Kennedy White House.

“I was brought in with an intense appreciation for the Mellon plan, and we had boundaries to stay in,” he said.

He worked on the rose garden with Washington, D.C.-based landscape architecture firm Oehme, van Sweden & Associates, with whom he had been working on the garden that was originally installed by First Lady Lady Bird Johnson, wife of President Lyndon Johnson, at the White House tennis courts.

“There it was: the White House Rose Garden,” he said. “The oval office is 15 feet away. This is where the president stands and introduces us to astronauts or Supreme Court justices there. It’s rather intense when you stand at the landing where the president makes these briefings, where the lectern is set up.”

There has been a garden in that area since the start of the 20th century, when First Lady Edith Roosevelt, wife of President Teddy Roosevelt, installed an elaborate Victorian garden there, Mr. Guillot said. The garden changed with the times and was a simplified rose garden between the 1930s and 1962.

“There were glimpses of it during the Eisenhower administration, but it wasn’t the ceremonial spot that it become with the Kennedys,” Mr. Guillot said.

The White House Rose Garden that is familiar today started with President Kennedy, himself.

“He had been to Europe recently and saw amazing gardens there,” Mr. Guillot said. “He came back with the ambition to create one in that spot.”

The president asked Ms. Mellon, a family friend, to take the project on.

Ms. Mellon produced a plan and built it in about five weeks in the spring of 1962. Mr. Guillot said it was well-considered and beloved, and richly patterned with a great many varieties of plants.

“It’s lived for these 58 years, and it has evolved in the variety of types of plants,” he said. The basic architecture of the plants — low hedges, boxwood-bordered parterres, one saucer magnolia in each of the four corners — has stayed the same.

“Bunny had developed a very ambitious plant list, and through the years the effort of keeping that up with such an intensity simplified,” Mr. Guillot said. “It was extremely elaborate going in. We don’t know exactly what it looked like through the Johnson years.”

The two parallel parterre beds were also planted with five crab apple trees each. Mr. Guillot said a few of the original trees had been replaced in the early 1990s during the Clinton administration, all were changed when George W. Bush was in the White House, and a few have been changed during both the Obama and Trump administrations.

“They were just not responding to the conditions there,” Mr. Guillot said of the trees.

So the decision was made to exclude crab apple trees from the reinstallation, and to make a more robust effort with the roses, he said.

A big difference between 1962 and now is that when the garden was originally installed it was in a wide open expansive space with no large trees around, Mr. Guillot pointed out. But in 1965, Lady Bird and Lyndon Johnson planted an oak tree that is massive now and casts a shadow starting at 2 o’clock.

“In order for the roses to thrive and do their thing, they do need full sun,” Ms. Fowler said. “They don’t want to be in the shade.”

There were other considerations as well that prompted the garden’s reinstallation.

“The entire garden was remade,” Mr. Guillot said. “They did a lot of infrastructure: More data lines and drainage lines and irrigation lines. The garden was removed and put back except for the biggest trees. So there was very little evidence of the old garden for a while, but one plant survived. We saved a Pope John Paul II rose. It was not in conflict with any of the planned infrastructure improvements, and it was fenced off.”

The rose was bred as a tribute to the first pope to visit the White House, Mr. Guillot said. It was the Jimmy Carter White House and the year was 1979.

“They’re gorgeous,” he said of Pope John Paul II roses. “It’s a very, very pretty rose. It’s happy in the climate. It’s very humid in Washington, and it responds in a favorable way to that kind of environment.”

The existing rose had been there about nine years, and Fowler’s supplied a second one that is now planted right next to it, he said.

The selections also include roses that had been on the Mellon list from before, but, Mr. Guillot pointed out, some of those are no longer available.

In addition to the roses, the twin parterre beds also have spaces designated for annuals that “give a longer moment of color then the roses do,” he said, noting that the concept was also part of the Mellon design.

Roses look great in Washington, D.C., from May through July Fourth, then slow down in the summer heat, he explained. They come back again in mid-September and continue to give a show through October or November.

It was only Mr. Guillot, Ms. Fowler, her son, Ricky, and Ms. Healey who knew the purpose and the destiny of the roses when they were at the garden center.

On having a hand in something as nationally significant as the White House Rose Garden, Ms. Fowler said it’s an honor. She saw the rose garden while visiting the White House about 10 years ago, when it was not in bloom, and plans to go back there someday and bring her grandsons, just like she brought her son there before.