Southampton’s Old Town Crossing Moves Back To The Village Center 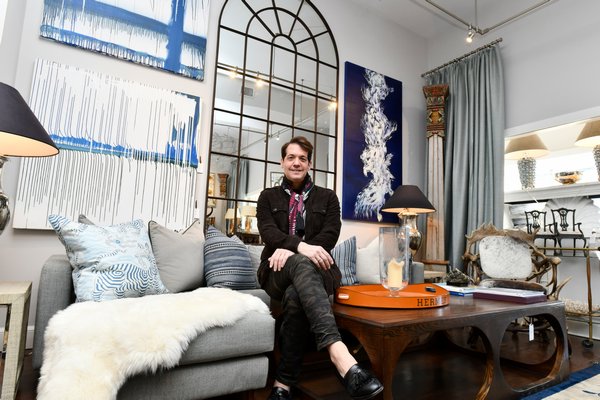 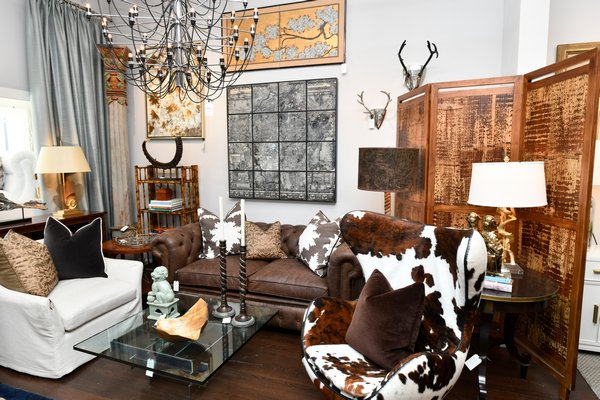 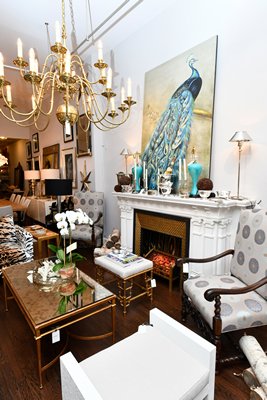 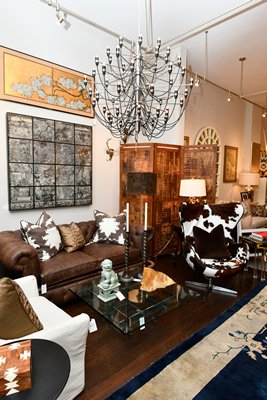 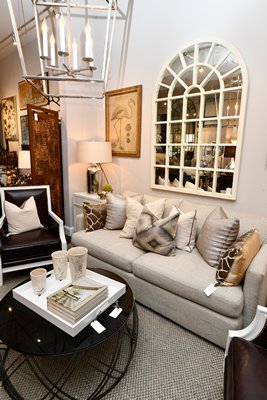 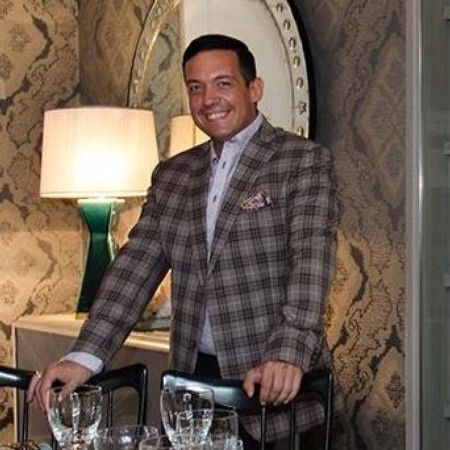 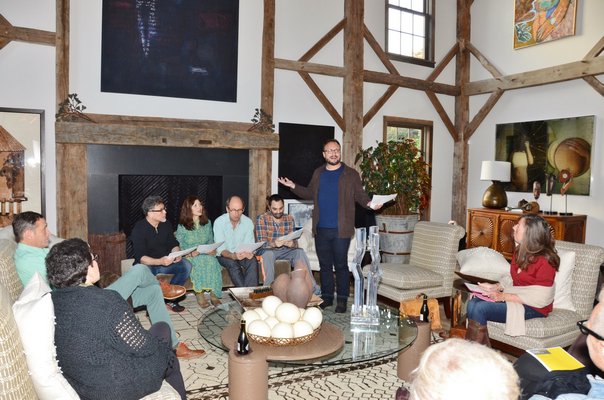 When Old Town Crossing, a preeminent Southampton interior design firm, opened in 1978, it enjoyed one of the perks of a bygone Hamptons era: exceptional foot traffic. Perched, at the time, on Main Street, and visible to all manner of passersby, the showroom attracted a steady influx of customers, cementing the business as a Southampton stalwart.

But, five years ago, when general manager and designer Sean Bruns took over as proprietor of the business, Old Town Crossing relocated to its warehouse on Mariner Drive.

“We’ve been doing work, all interior design work, in Palm Beach and Westchester, and here in the Hamptons,” Mr. Bruns said. “And we were selling our inventory that we had and additional [inventory] that I continued to purchase in my shopping travels. We were selling online. Everyone keeps saying that everything is online, but after about three years had gone by, I began to keep an eye on what was going on in the village.”

Mr. Bruns, who began working at Old Town Crossing in 2007, knew that the business had a capacity to expand in a more visible location. The Mariner Drive space was large, but it was also far removed from the pedestrian-friendly village.

As a result, Mr. Bruns and his designers started to explore alternative options.

“We began looking,” he said, “and we found the 25 Hampton Road location, and we were waiting for it to become available.”

A long-term lease on the space opened up in October 2018, and Mr. Bruns moved quickly. After a short renovation, the space reopened as Old Town Crossing shortly after the Christmas holidays. “We really wanted to show our interior design work and be back here in the hubbub of town,” he said.

The showroom is now a focal point for the interior design business, offering a look at the eclectic sense of style upon which Mr. Bruns has built his brand. And, in addition to obvious showpieces, like mid-century finds and hulking antiques, he includes, in his showroom, smaller, more affordable items for purchase.

“I try to have things so that if a person is really itching to buy something, they can buy something without cutting their arm or their leg off. We try to be friendly with a wide range of price point and a wide range of style represented. Definitely things that you can use in your Hamptons or your New York abode,” Mr. Bruns said.

Although the showroom itself is smaller than the space occupied on Mariner Drive, the trade-off has been worthwhile, ushering in a wealth of new clients. The business, Mr. Bruns added, has improved since the move: “We’re definitely being exposed to totally new people, besides our regular large client base. Since we’ve opened, we’ve met wonderful new customers. We definitely feel like it was the right move.”

Old Town Crossing provides design consultation in all rooms and all styles. Mr. Bruns emphasized that, while they can work in any design palette, the most important element in his personal arsenal is utility. “We always try to deliver a space that’s user-friendly, has a lot of style, and that people can entertain in,” he said. “The fabrics hold up. Things are not so precious that they can’t survive.”

The team takes a holistic approach to design, consulting on everything from interiors to landscaping, in order to create a complete narrative. One of the spaces he most enjoys designing, Mr. Bruns said, is the outdoors, where he can bring interior themes outside. Approaching exterior spaces as extensions of the interior, he curates these areas to resemble living rooms, replete with all the necessary creature comforts.

Four decades for a business in the Hamptons is a long time, and beyond proof of staying power, a truth that Sean Bruns, now in his 13th year with Old Town Crossing, undoubtedly understands. As for the future, customers can expect a long tenure on Hampton Road: Mr. Bruns has committed to a 10-year lease.