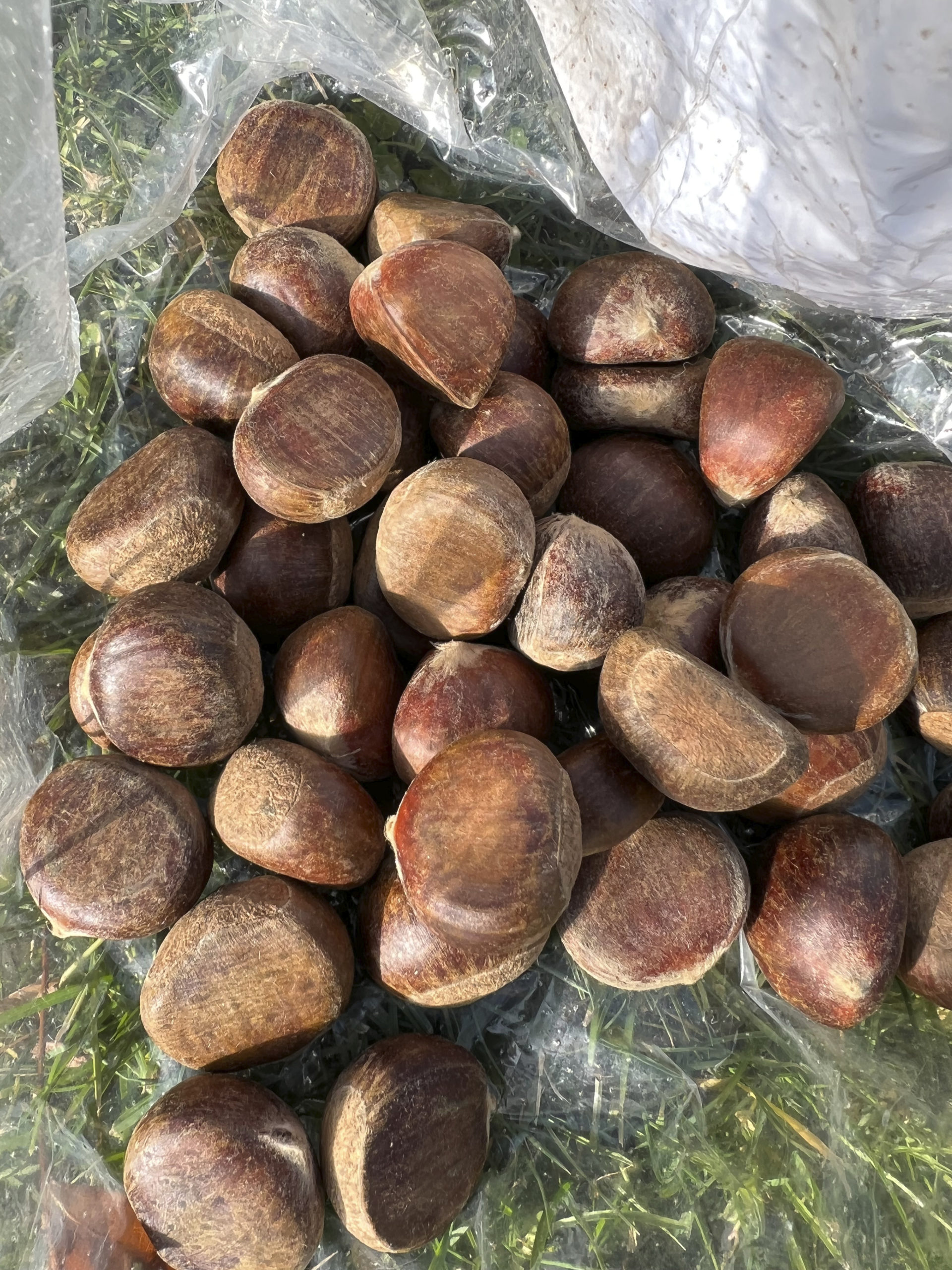 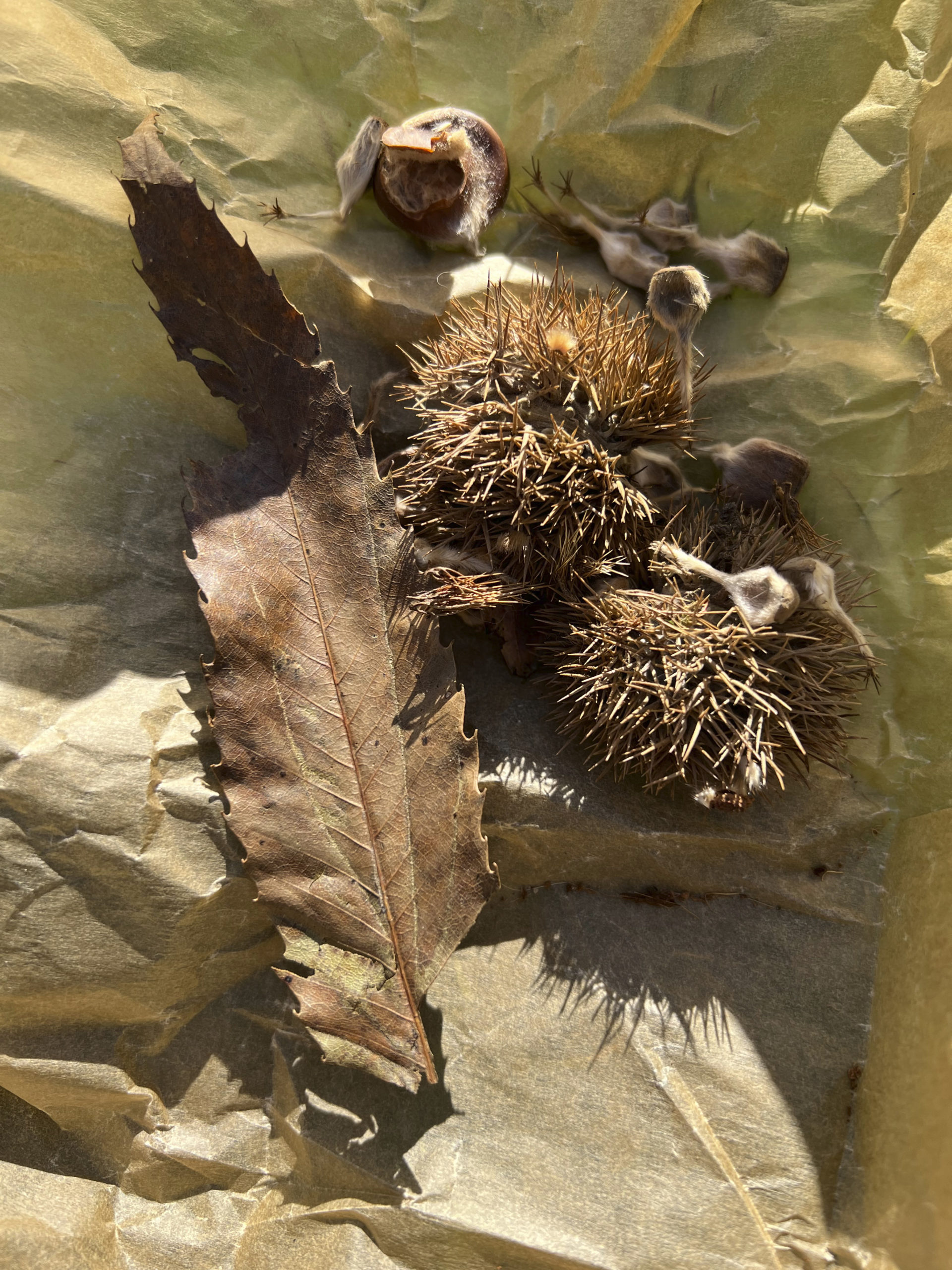 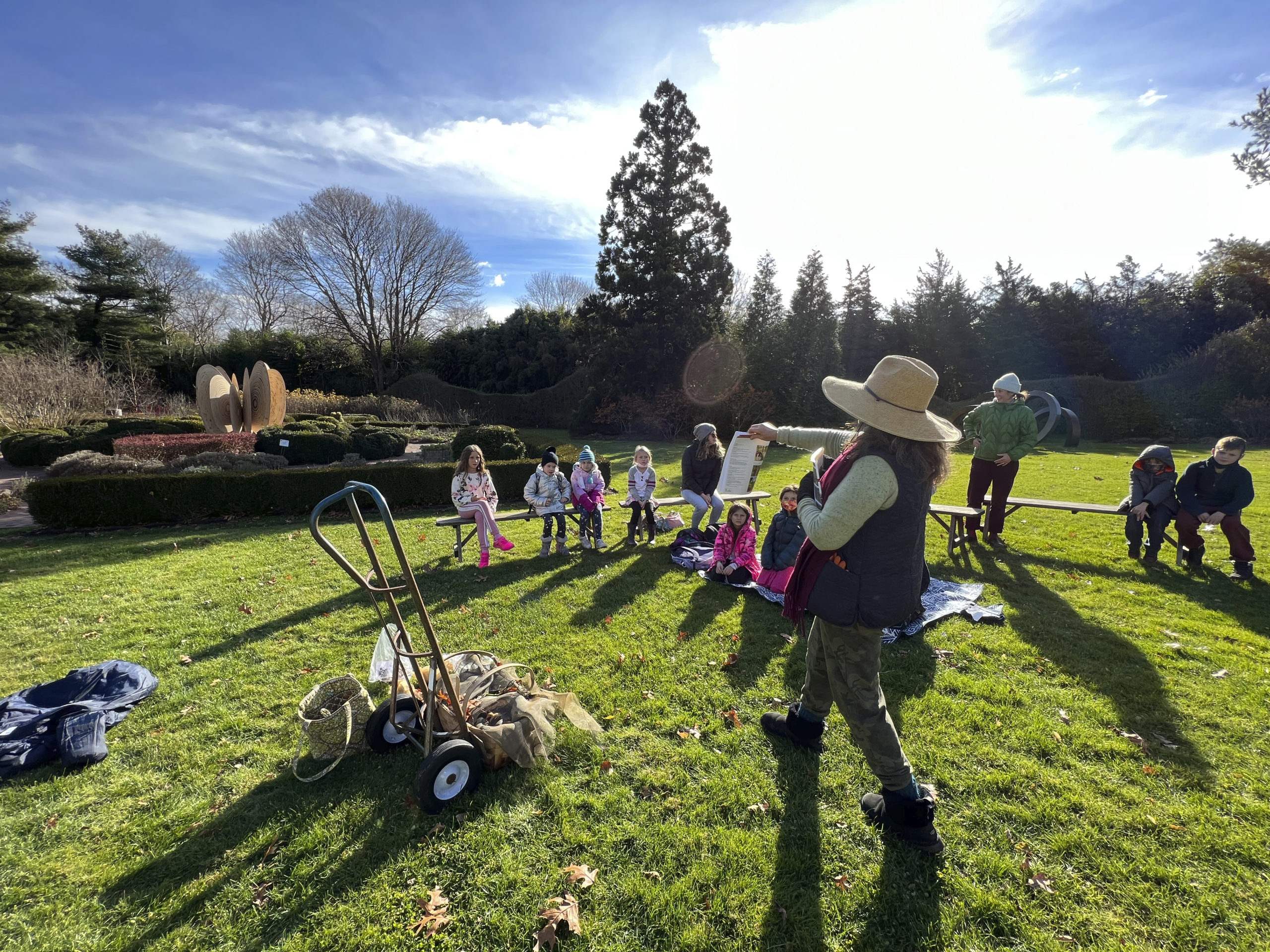 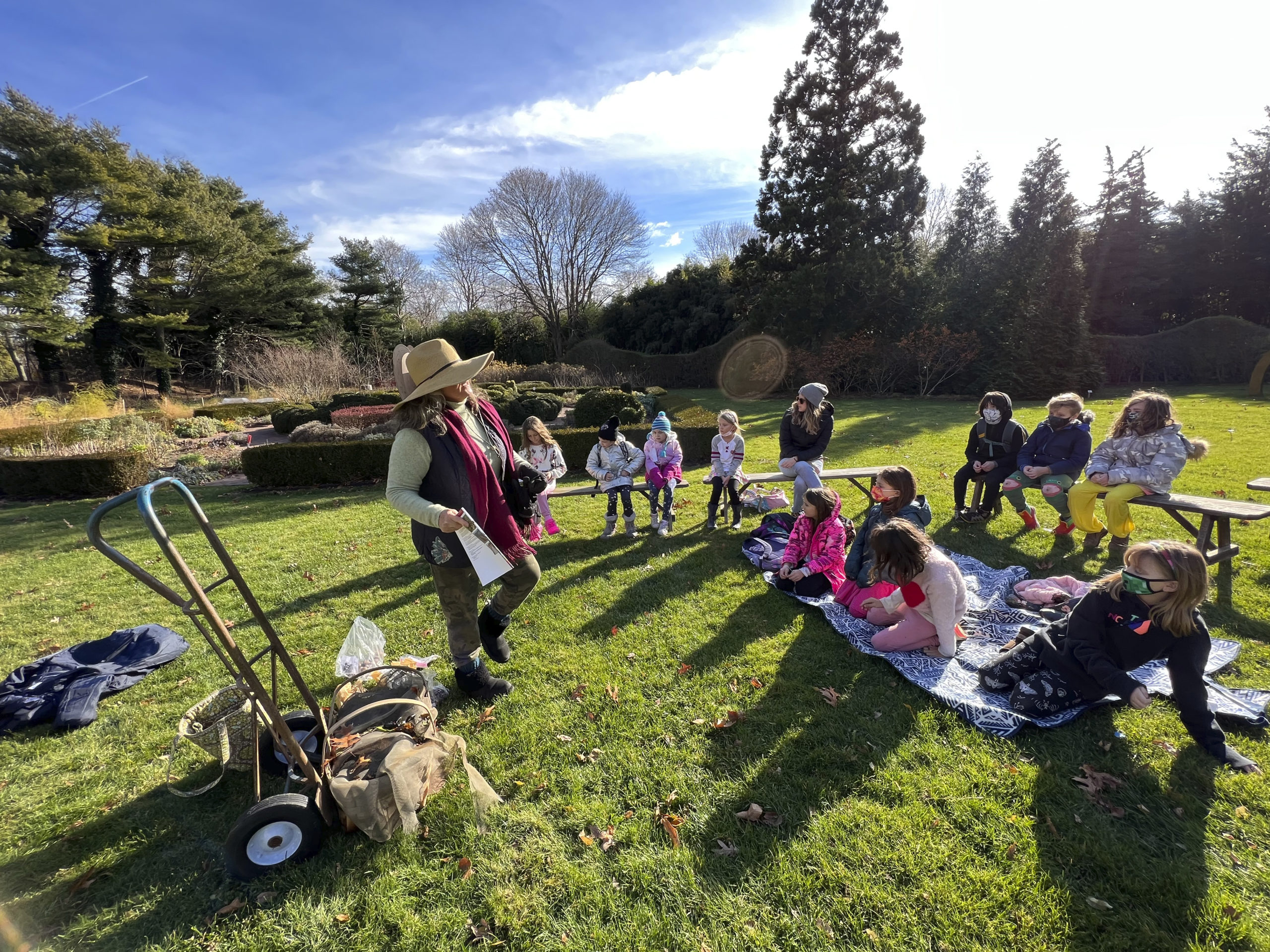 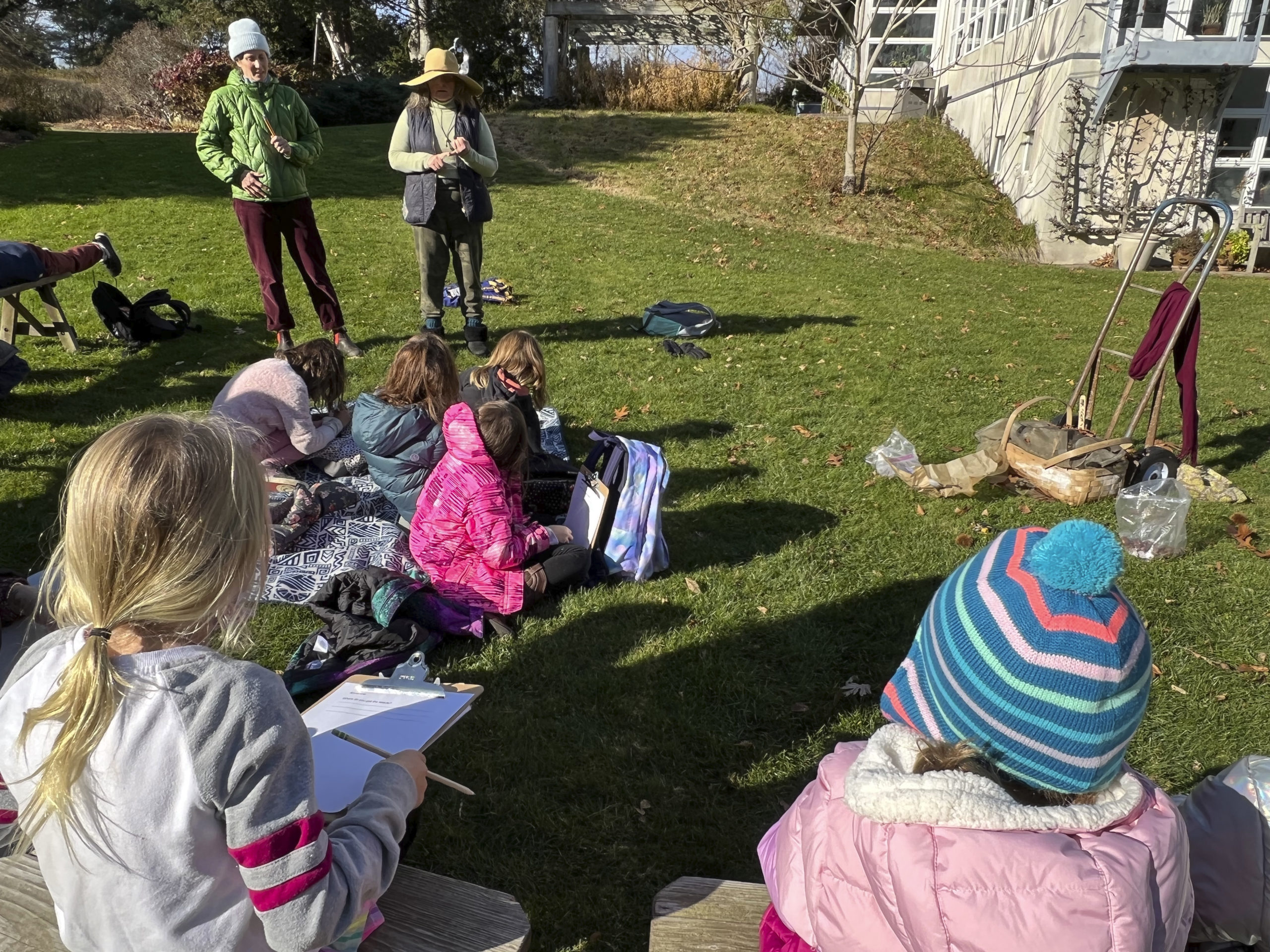 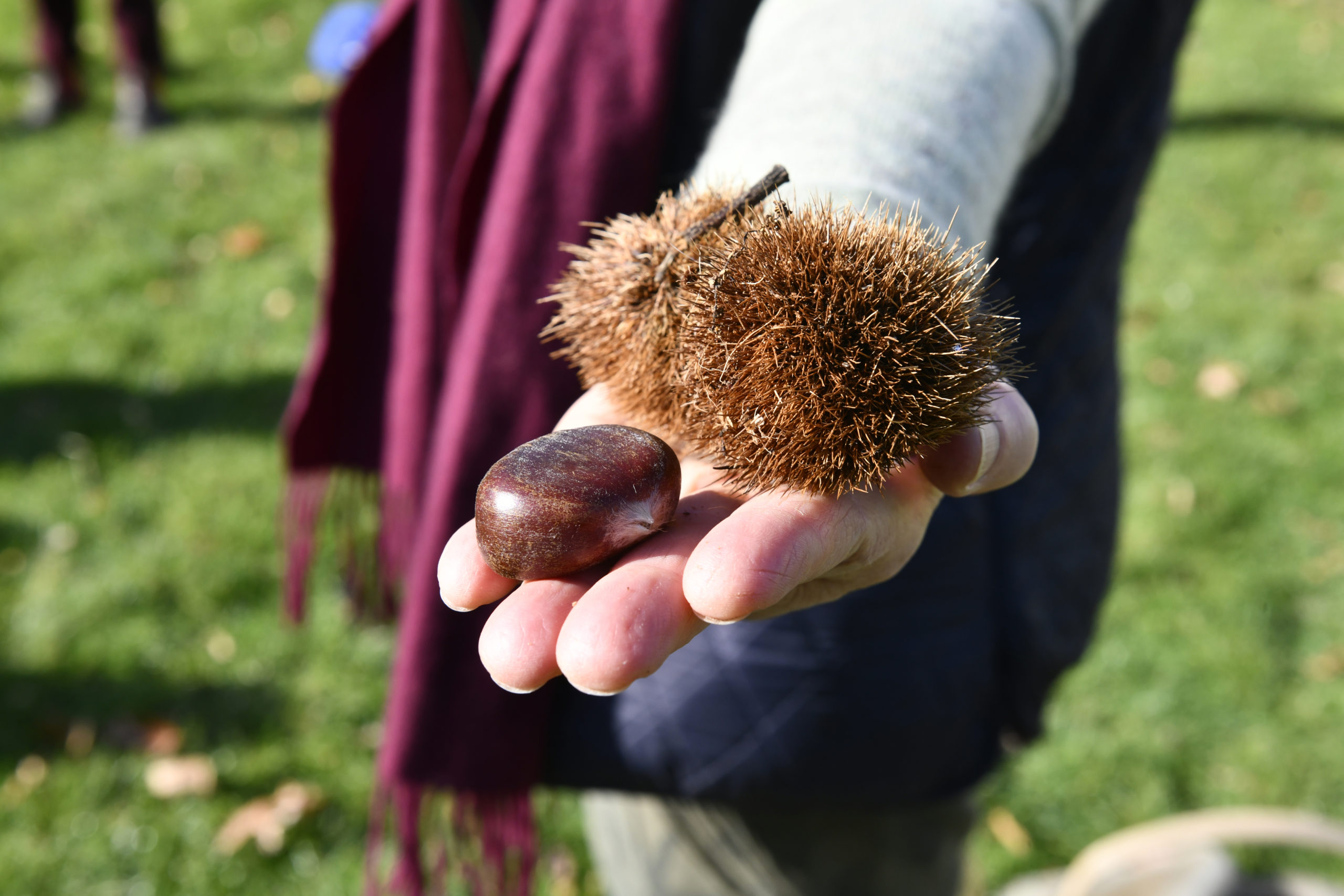 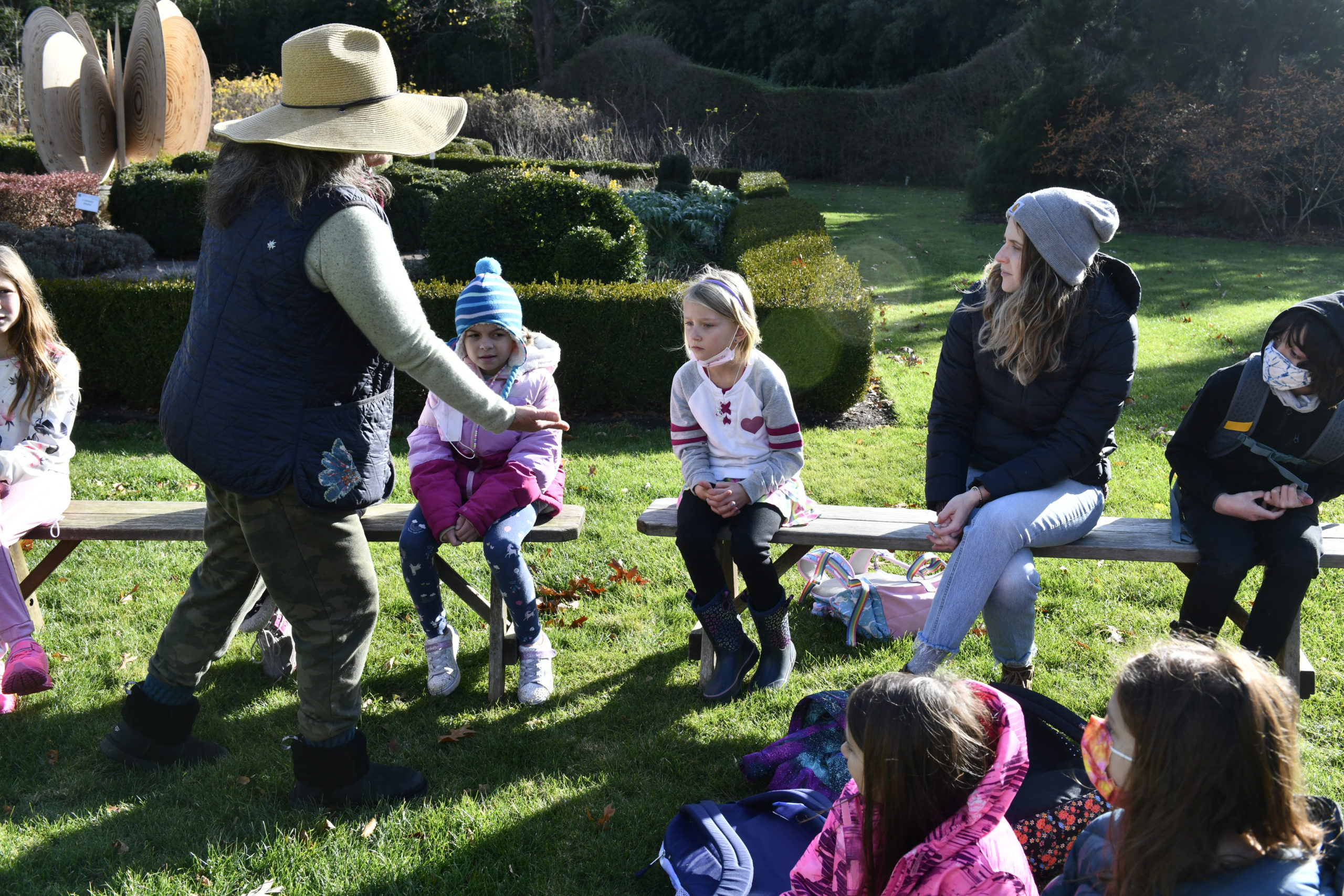 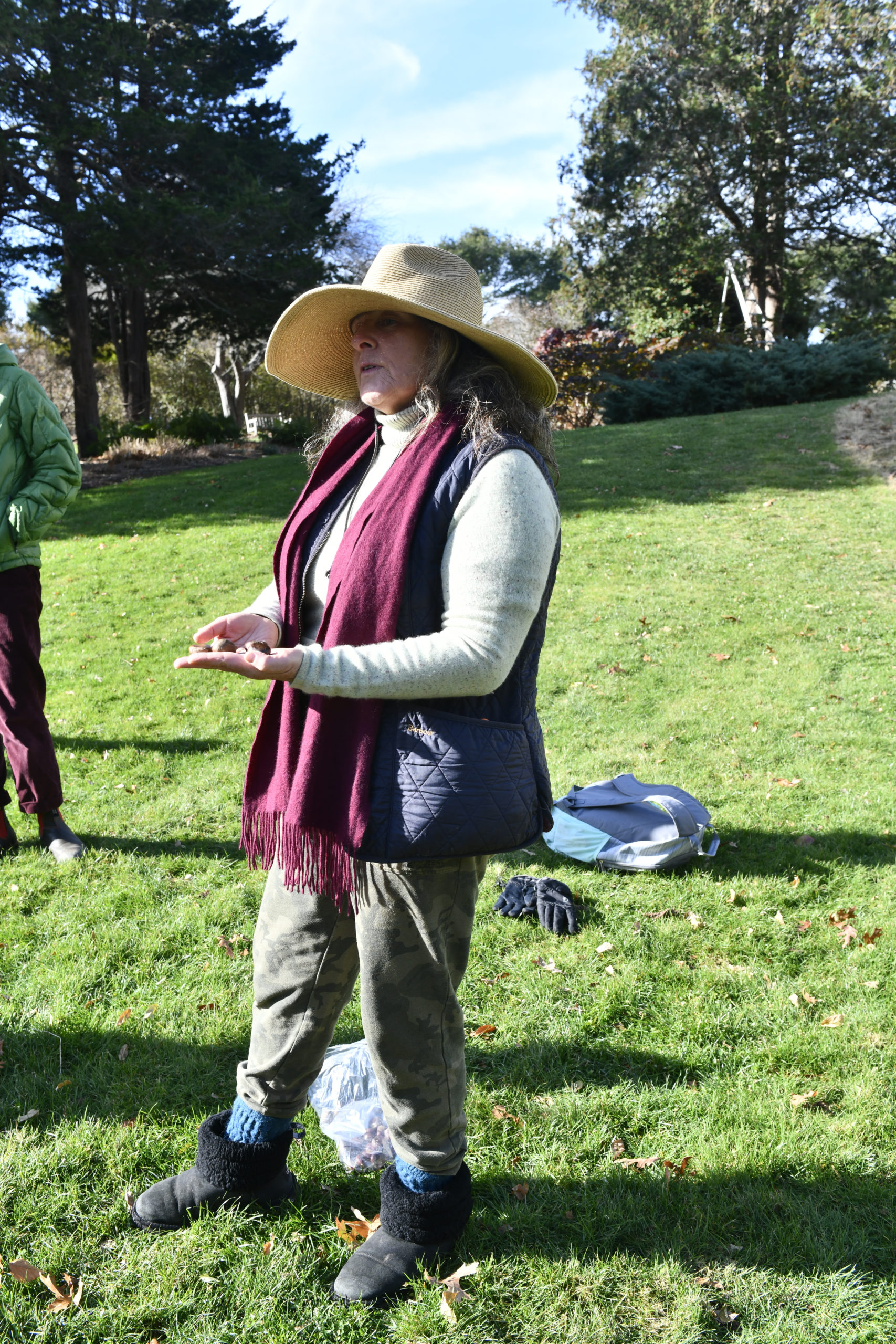 Earlier this month, a group of students from the Hayground School in Bridgehampton made their way down the road to Bridge Gardens, with their clipboards, pencils and curiosity in tow.

They rearranged nearby benches in a circle on the lawn by the knot garden, unfurled a blanket and settled in under the sun, ready to learn how to grow chestnuts — prepared with questions for me to answer.

Before the lesson, they had watched videos from the U.S. Forest Service that explained the debilitating effects of chestnut blight, which has wreaked havoc on these spectacular trees. Castanea dentata, the true American chestnut, once covered the Appalachians. Rumor has it that squirrels could travel north to south without ever touching the ground, and photos from the late 1800s commonly show trees with a 12-foot diameter at breast height.

Today, they look worse for wear — and yet they live on, as do ecological restoration efforts across the globe. And this is where the Hayground class came in.

The students had already started saving chestnuts seeds in the hopes of planting a future woodland, one of their teachers, Anna Romer, explained to me. The chestnuts that they are going to sprout came from Route 9 Cooperative in Ohio — this variety cross-hybridized time and time again to produce the largest, tastiest nuts.

We looked at the difference between the large auburn-colored hybrid chestnuts that they had bought to sprout and the local American chestnut, which was the size of a large hazelnut. The examples I had of the American chestnuts, which had not been fertilized, were smaller than a dried chickpea, and the remnant of the flower could be spotted at its end.

The chestnuts belonging to the class would need to get cold before they could grow, I told them. In nature, that would happen over the winter. In the spring, as the soil warms, a shoot would sprout up from the nut and roots would push down into the soil. But in the wild, chestnuts have many predators, from squirrels and deer to raccoons and mice.

So instead of trying to plant the chestnut seeds in the ground and watching them grow, we would need to protect them, I explained. And the best place to do that is the refrigerator.

My friend, Karl Kurka, had sent me a bunch of unfertilized chestnuts from a tree he found growing in isolation in the Adirondacks (there is a lone chestnut like that on Shelter Island, too). He had thoughtfully prepared the seeds for stratification, or overwintering in the refrigerator, so that I had a good example for show and tell.

He had placed the chestnuts in a Ziplock bag with two slightly moist paper towels to keep a certain level of humidity, and left it open on the corner. He labeled the outside with the location of the tree and, had the chestnut seeds he found been fertile or viable, we would have put them in the crisper drawer with the vegetables, being sure to check them for mold every week or so.

Then, in March, it would be time to plant.

“The large, paper to-go cups that your parents get their coffee in would be ideal,” I told the class. “You can plant the entire thing in the ground in the fall because the coffee cup is biodegradable.”

Hands went up. “How did you get started on this?” one student asked.

A few years back, I happened to come across some enormous chestnuts in North Carolina — a Rutgers hybrid that I decided to try to grow. Despite my best efforts to protect them, the tasty nuts never sprouted, thanks to rodents squeezing themselves through a ¼-inch hole to eat them.

When I explained my dilemma to William Cullina, the F. Otto Haas executive director of the University of Pennsylvania’s Morris Arboretum, he sent me seeds from the 70-year-old chestnut tree there, which stands at a whopping 70 feet tall. It is one of the first Chinese crosses that was produced to introduce blight resistance for the American chestnut.

Cullina told me how to stratify the chestnut seeds in the refrigerator over the winter to keep the rodents at bay and, when I planted them in spring, I was delighted to have most germinate. I planted dozens and gave more away.

In the time since, I have collected chestnuts from the plantations at Sleeping Giant State Park in Connecticut, found some in a Pennsylvania parking lot, and I’ve even had people send me them in the mail. I’ve planted many different cultivars of chestnuts on family land in Connecticut, and my friends have started calling me, “April Chestnut and the Forestry Five.”

The Forestry Five itself is headed by Denis Moogan, who once invited me for a walk through the Connecticut forest with a state forester to apply the concepts of the latest forestry philosophy for conservation and preservation, wildlife habitat and creating biomes. The rest of the group comprises Moogan’s son, Rick, his grandchildren, Pres and Zoey, and an occasional friend of theirs — kids who are the same age as these Hayground School students.

We have all been out working in the Connecticut forest together, making room for chestnuts to be planted, identifying all the other trees in the woods, and working on Beech leaf disease. When we planted the chestnut cultivar Lockwood — developed by Sandra Anagnostakis at Lockwood Farm in Connecticut — we sang a song.

Hands shot up again. “To protect them from the deer,” two students replied.

By planting the young trees in an enclosure, the deer can’t eat the new saplings. But if we plant them out in the open at the Hayground School, we could use broken branches to make a teepee-like structure around the little trees to protect them from nibbling, I told the students.

After more questions, which led to breaking open a bur to see how the chestnut is situated inside, it was time to say goodbye. As they were packing up their bags and getting ready to leave, a girl showed me her drawing of a chestnut seedling, exactly as I had described it — from the nut, a sprout with cotyledons, and two leaves that grew upward and roots that reached downward. I was so impressed.

The kids waved and called out their thanks many times as they started on their walk back to school. I took my leftover chestnuts seeds and went into the house at Bridge Gardens, making my way to the kitchen. I opened the refrigerator and, in the bottom drawer, I placed a bag of beautiful, tasty nuts next to the cauliflower.

I was leaving them for Garden Manager Rick Bogush — not to roast and eat, but to sprout instead.