Surchin: The Neuroscience Of Architecture - 27 East 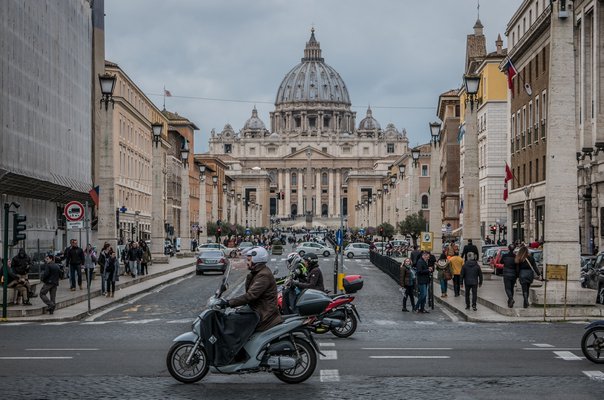 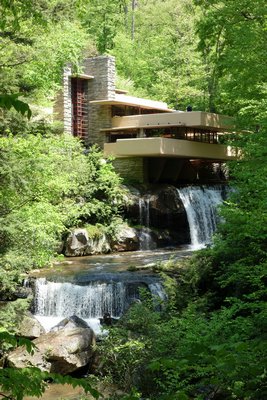 Visceral reactions to what we see in both the built and unbuilt environments are something we all experience. While the emotional punch is immediate, the trigger mechanisms responsible for these reactions come directly from our brains, where pattern recognition has evolved over time and is basically engraved in our DNA.

Could something as subjective as beauty really be coupled to the objective field of neuroscience and, in turn, to art and architecture and our perception of well-being? The study of the physical reasons for intuitive, emotional responses to what we see is now the subject of research in the new field of architecture and neuroscience.

According to Donald Ruggles in his book “Beauty, Architecture and Neuroscience,” beauty is the forgotten word of the last century. Prior to 1930, the purpose of architecture was the creation of beauty, a subject written about by Plato, Ruskin, Palladio and Frank Lloyd Wright, among others. More than 2,000 years ago, the Roman architect Vitruvius, in his formative work the Triad, underscored beauty as one of the three core elements of architectural design. A building had to be strong (firmitas), functional (utilitas), and aesthetically appealing (venustas).

In 1909, however, Filippo Tomasso Marinetti’s “Manifesto of Futurism,” a literary treatise, deeply influenced art and architecture. Marinetti wrote, “Let us burn the gondolas, rocking chairs for cretins, and raise to the heaven the imposing geometry of metal bridges and howitzers plumed with smoke to abolish the falling curves of the old architecture …” As a consequence, Italian Futurism sowed the seeds of fascism and embraced a revolutionary, new technological order. When the Modern movement arrived with the Bauhaus School in Germany (1913-1933), form, utility and craft would supplant beauty as the objective for art and architecture while new technologies ruled the day. In the 20th century, beauty and aesthetics in building lost emphasis as building science concentrated on issues like fire safety, value engineering, and construction costs. The house became a machine for living. Human scale, along with ornamentation, were dismissed. The new minimalist aesthetic judged architectural beauty almost as a derivative consequence of functional design.

Despite this 100-year sojourn the “beautiful” buildings of the world, to cite a few, like St. Peter’s Basilica in Rome, the Pantheon, Le Corbusier’s Chapel at Ronchamp, the Taj Mahal and Frank Lloyd Wright’s Falling Water continued to be recognized and revered.

Architect Renzo Piano has said, “Beauty is one of the most important emotions in life.” It should come as no surprise that certain rooms make one feel whole and nourished. Other rooms can be so unpleasant that one wants to exit the space as soon as possible. As a species, we are attracted to pleasure and we run from things that create stress. Real estate brokers and architects know that clients will pay more for a beautiful view. So beauty does have real value after all.

These visual reactions of like and dislike are biologically controlled by the architecture of the brain in the autonomic nervous system. Anatomists like to divide the brain into three sections: the forebrain, the midbrain and the hindbrain. Combined together, the hindbrain and midbrain constitute what can be called the ancient brain, which relates to the brain stem and constitutes the epicenter for primitive and emotional reactions such as pleasure, existence and all life functions. This area controls the perception of pleasure derived, for example, from a great view or comforting space. Neuroscience splits the nervous system into two divisions: the limbic nervous system and the autonomic. The limbic governs memory, learning, and emotion while the autonomic regulates bodily functions such as immunity, breathing, digestion and heartbeat. The autonomic system is divided into two classifications: the “sympathetic” connoting survival and the “parasympathetic,” analogous to pleasure.

If the body is threatened or under attack the autonomic nervous system will shift into the sympathetic pathway as a response, which is referred to as a fight-or-flight or flight-or-freeze reaction. It’s sympathetic in the sense that all body functions have to be channeled into the muscles. The heart rate rises in order to survive while adrenaline is released for any necessary actions. Cortisol is also released under stress. All of this happens automatically as an intuitive response coming from the ancient brain.

The parasympathetic reaction in the autonomic nervous system is a link to pleasure and well-being. It relieves stress and releases endorphins, serotonin, oxytocin and DHEA. These hormones create a sense of joy, inspiration and happiness. Cellular and immune system repair in the body occurs while the body is in the parasympathetic mode.

Neuroscience teaches us how our biology is linked to our surroundings. The visual pattern responses to the sympathetic and parasympathetic are directly connected to perceptions of art architecture and environment. Studies have shown that architecture’s aesthetic qualities can affect mood, cognitive functioning, behavior, mental health and well-being.

Patterns we intuitively recognize can have a rhythmic ordering system akin to what is found in nature. The study of fractal geometry, a relatively new area of mathematics, can provide a model for repeating patterns in nature. Fractals can be used to mathematically describe coastlines and multifaceted shapes in nature. Fractals have informed architectural design in the reducing patterns of domed ceilings for hundreds of years as well as in the ornamental work, for example, of the architect Louis Sullivan. Biomorphic elements have played a role in architectural design throughout the ages and some neuroscientists suspect that there are sensory and emotional benefits to be found in curvilinear form and natural patterns.

Interestingly, aesthetic experience can be influenced by real world experience. In an MRI study, architecture students enlisted different cortical areas of the brain after viewing buildings than students in different majors. The architects, in another experiment, compared to nonarchitects displayed increased activity in reward circuitry when making aesthetic discernments while viewing buildings. The architects also displayed more reaction in other areas of the brain when looking at buildings but not faces, which indicated that their educational background had a distinct bearing on their responses.

Other studies indicate that participants experience a greater level of stress in rooms without windows than in rooms with windows. The relationship between the limbic system and a stress response could, in a long-term exposure situation, have a negative impact on health.

While it’s clear that the neuroscience of architecture is still in early development, scientists are beginning to discern and codify the sensory and emotional responses triggered by experiencing architecture. Homes and places of work have become adrenalized and, in this 24/7 digital age, stress levels are higher than ever. The kind of information evolving from the research of neuroscientists could help architects create better buildings in the future by pinpointing design criteria that would improve both mental and physical health. Understanding the benefits of architectural beauty may well be the key to a happier and healthier future.