The Dirty Work Of Dealing With Mold - 27 East 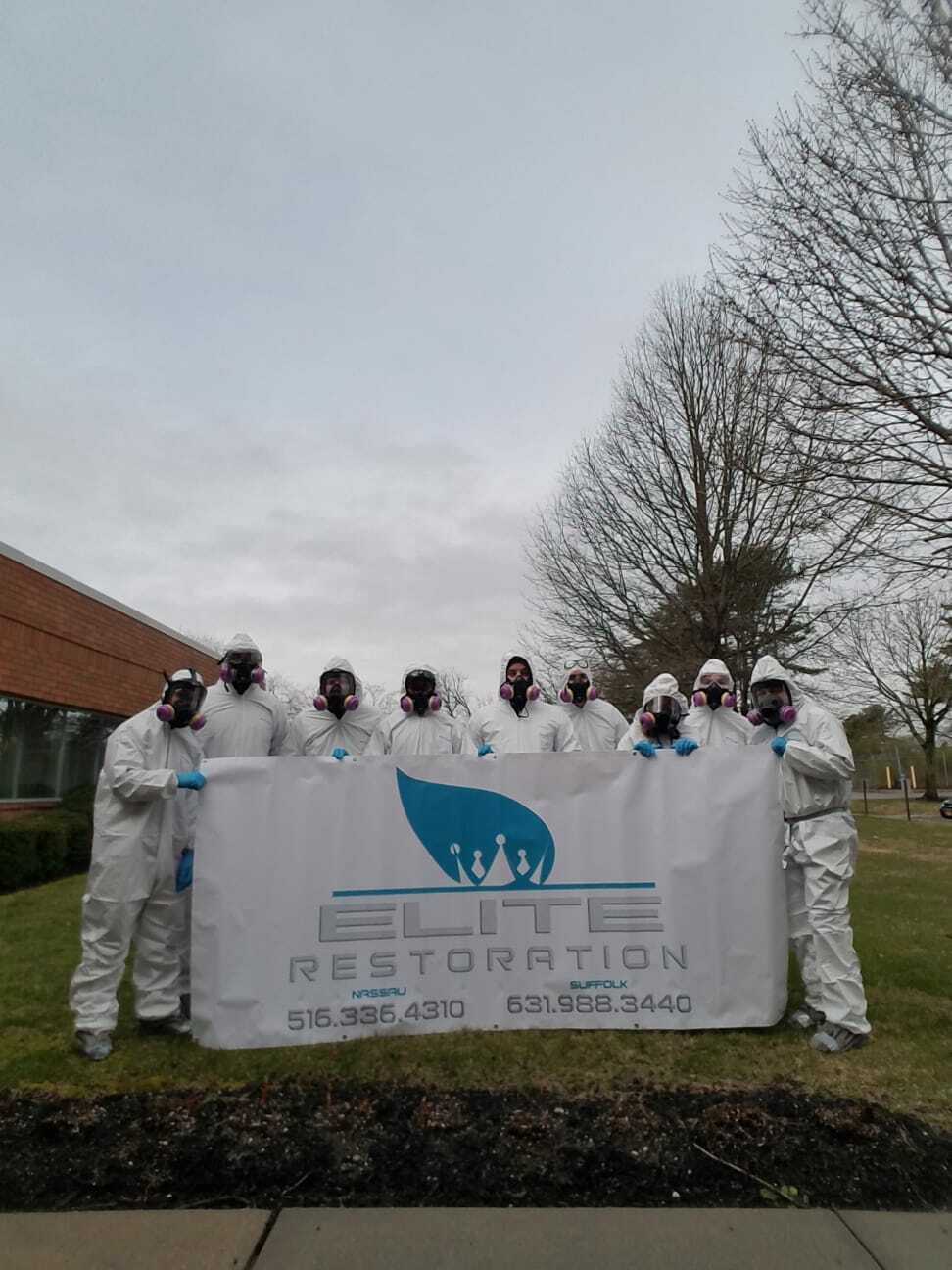 The team at Elite Restoration decked out in protective gear.

Mold that covers more than a small area typically needs to be dealt with by a professional.

Mold that covers more than a small area typically needs to be dealt with by a professional.

If there's mold on the surface, it's probably underneath the surface too. 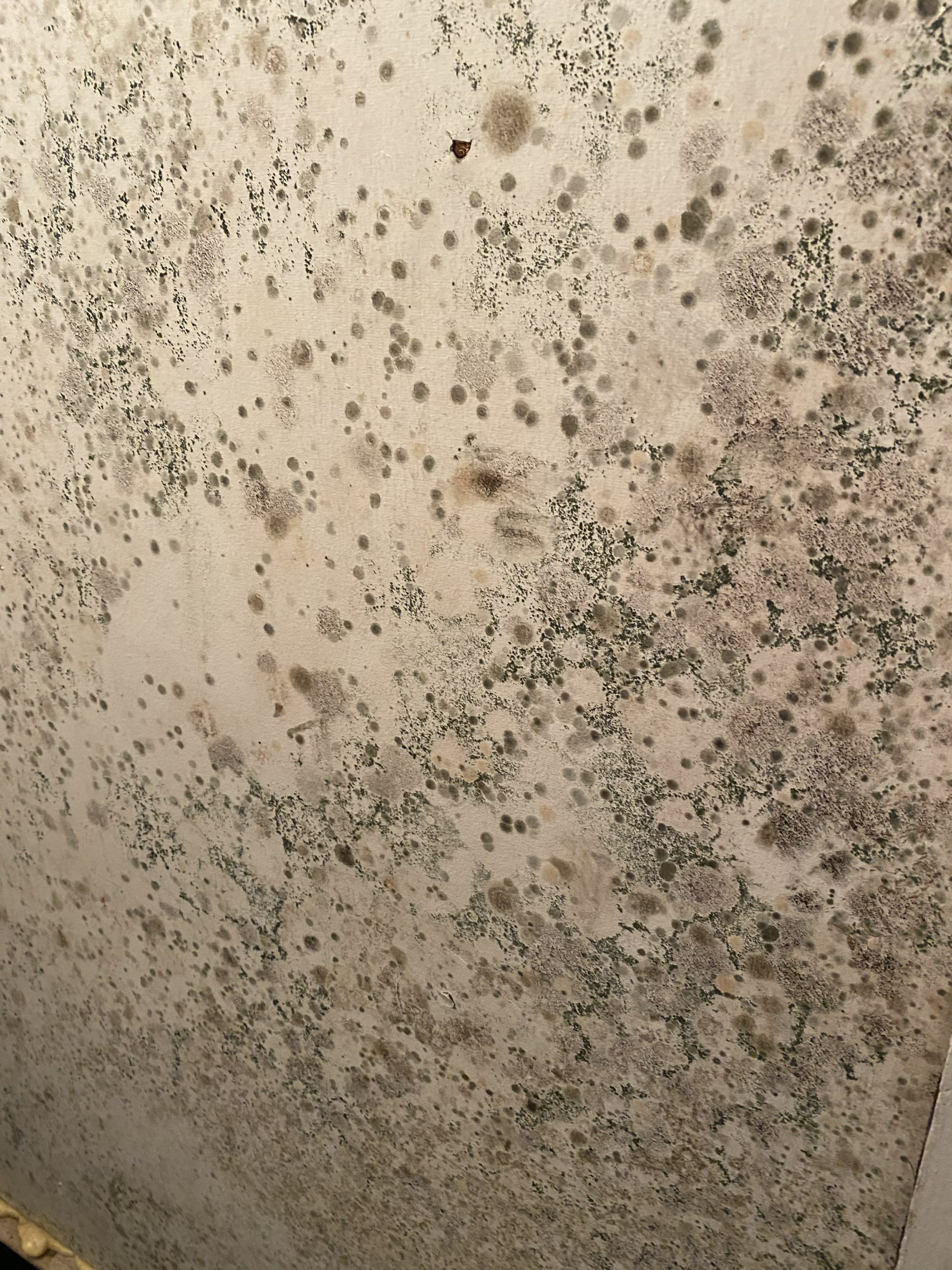 Mold can feed off anything that was once living, including drywall and even wood framing.

Becoming a homeowner is a milestone achievement for many people, but the truth of homeownership is that there is never a shortage of things to spend money on. For families on a budget, embracing a DIY kind of spirit is often the key to keeping costs low when it comes to care and maintenance of a home. There are some issues, however, that are best left to professionals.

Mold remediation is one of them. Small blooms on bathroom tiles here and there are easy enough to clean up, but with mold, there is often more than meets the eye, and the consequences of not dealing with it properly can have serious health implications.

Travis Frasier is the owner of Elite Restoration, a Holbrook-based mold remediation and water damage restoration company that serves all of Suffolk County and is currently in the process of opening a satellite office in Southampton. While a certified mold inspector will come to a home to assess the damage and come up with a plan for dealing with it, companies like Elite Restoration are the ones who, quite literally, do that dirty work. When it comes to trying to parse out whether a specific mold issue can be dealt with by the homeowners themselves with some bleach, a mask and gloves, and a little elbow grease, or if it should be handled by professionals like Mr. Frasier, he offers the following advice.

Deciding whether to handle a mold problem oneself or call in reinforcements isnâ€™t as simple as looking at the color of the mold and making a determination about its relative health risks based simply on that, he explained.

â€śIt can really depend on the person as far as being allergic to it,â€ť he said. â€śAnd just because itâ€™s black doesnâ€™t mean itâ€™s black mold.â€ť

Mr. Frasier also pointed out that scrubbing away mold on a surface doesnâ€™t mean the problem has been eliminated. Like anyone in his line of work, he has horror stories to share. There was a hospital in St. Petersburg, Florida, he said, that had mold growing on the walls, and it would return even after they cleaned the affected area with bleach multiple times.

â€śA lot of children ended up getting sick because they didnâ€™t think it was as severe as it was, and it ended up being a huge health concern,â€ť he said. The story illustrates the fact that what often looks like just surface mold is usually a deeper problem.

Companies like Elite Restoration cannot proceed with their work unless they are armed with a game plan from a certified mold inspector. Itâ€™s a way of doing business thatâ€™s meant to take the conflict of interest out of the equation and protect the consumer. An area of more than 10 square feet of mold will require homeowners to get an assessment first. Once the mold assessment is in hand, Mr. Frasier and his employees suit up in protective gear and get to work.

Often, what they do involves ripping out and replacing drywall and sometimes, in severe cases, getting down to the studs.

A good remediation company will use antimicrobial paint during the restoration process and will sometimes need to encapsulate the two-by-fours behind the drywall to keep them protected from further damage in the future. Mr. Frasier said heâ€™s even had jobs where his team has had to cut out part of the studs and replace them. Mold can be so pervasive because it is a living organism and can feed on anything that was once alive â€” both drywall and wood framing qualify.

Remediation companies like Elite Restoration will not only clean and replace surfaces within the home, but they take steps to clean the air as well, using air scrubbers and negative air machines, which clean the air with triple HEPA filtration. Mr. Frasier stressed the importance of making sure any mold remediation company a homeowner is considering hiring is fully licensed.

â€śItâ€™s very important because a lot of people out there will basically just wipe it down without knowing how to handle it,â€ť he said. â€śMold remediation can be costly; thereâ€™s a lot that goes into it, and if you have someone who comes out and only charges you a few hundred dollars, be wary of that. You donâ€™t want to put your health in the hands of someone that doesnâ€™t know what theyâ€™re doing.â€ť

New York State has $373 million in federal funds available to provide home heating aid for low- and middle-income residents this winter, whether they be homeowners or renters. Applications for assistance opened Friday for the Home Energy Assistance Program, known as HEAP, which is overseen by the State Office of Temporary and Disability Assistance. â€śFor so many New Yorkers, the cost of heating during the cold weather season is a major expense that can really strain their household budget,â€ť Governor Kathy Hochul said in a statement last week. â€śThe Home Energy Assistance Program is welcome relief for these individuals and ... 5 Oct 2021 by Staff Writer