The hospitable housewife: At Home with Countess LuAnn de Lesseps 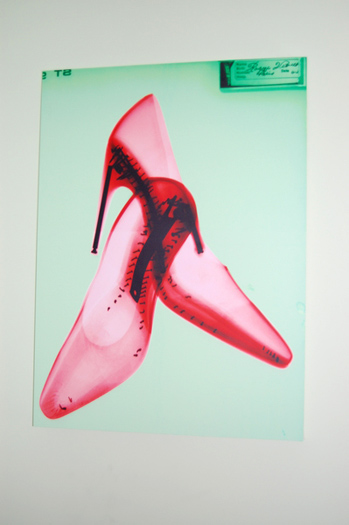 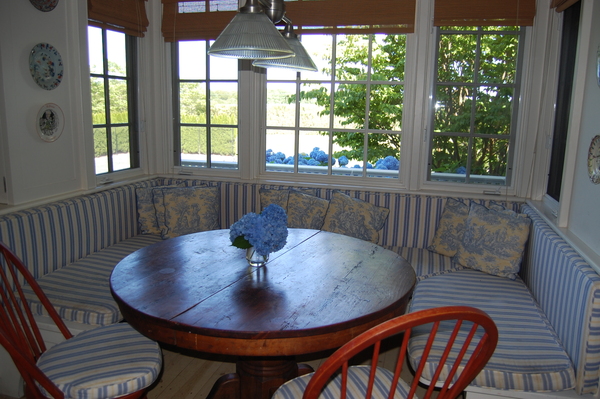 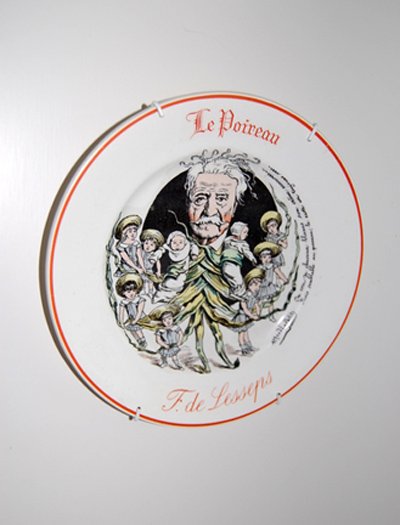 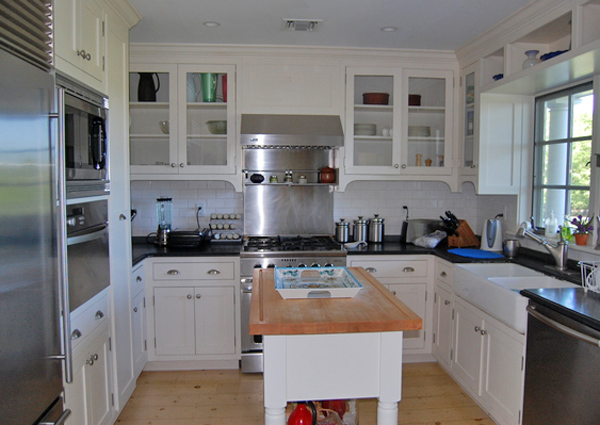 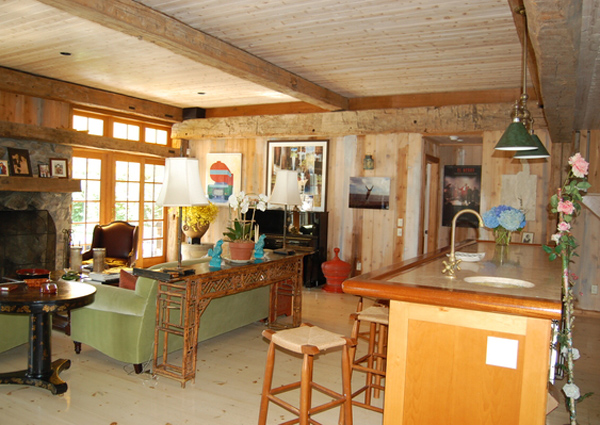 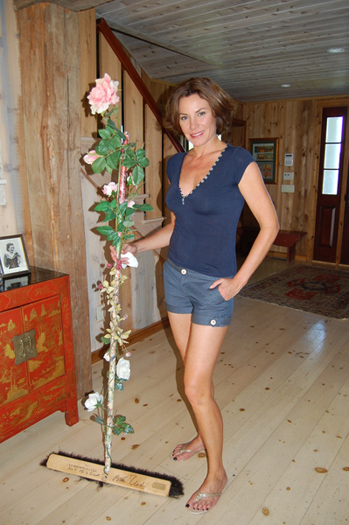 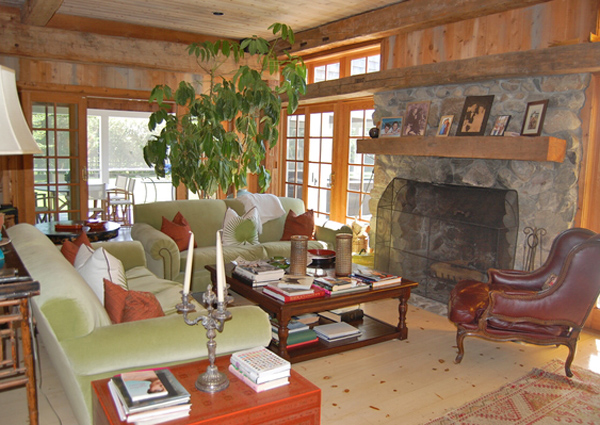 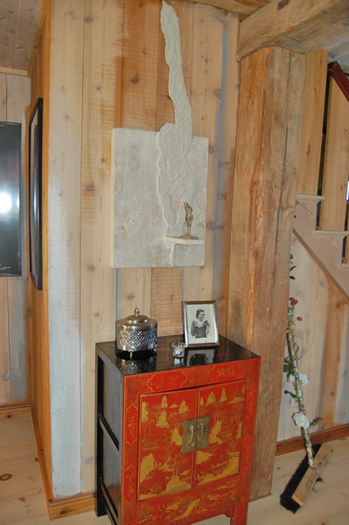 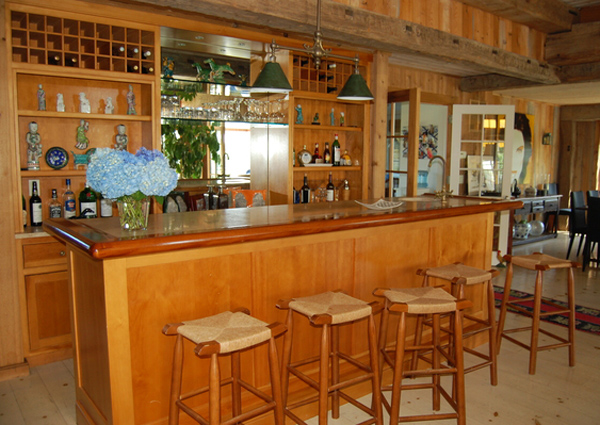 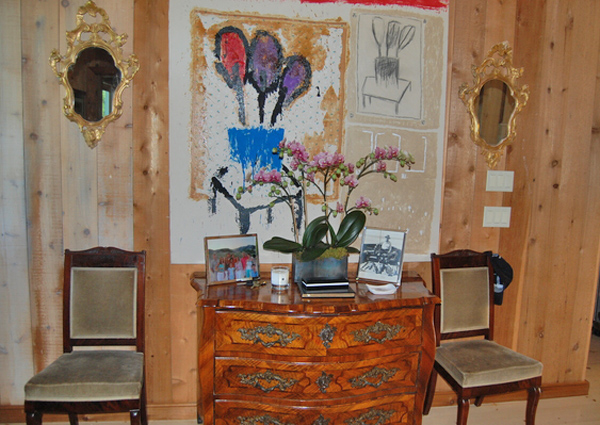 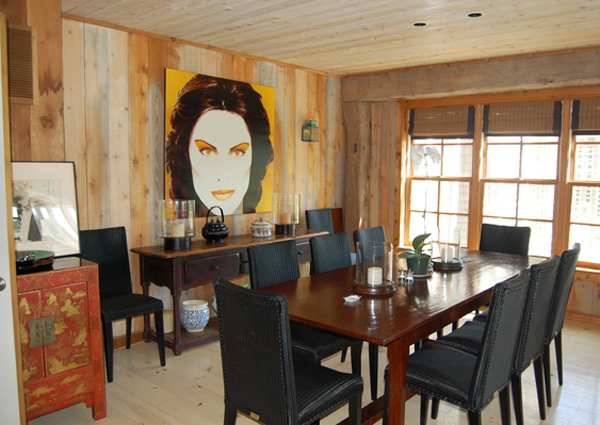 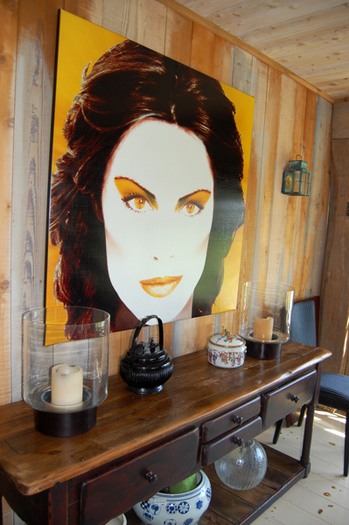 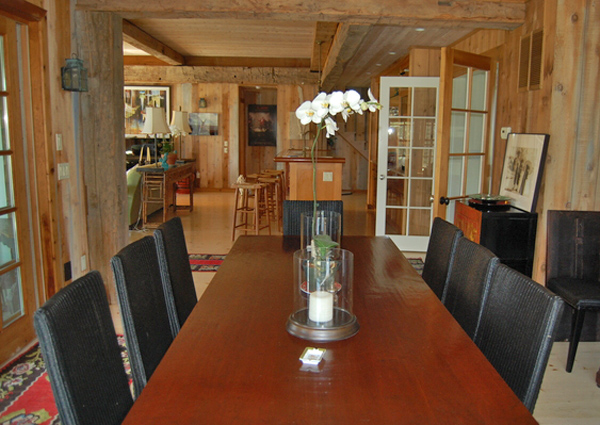 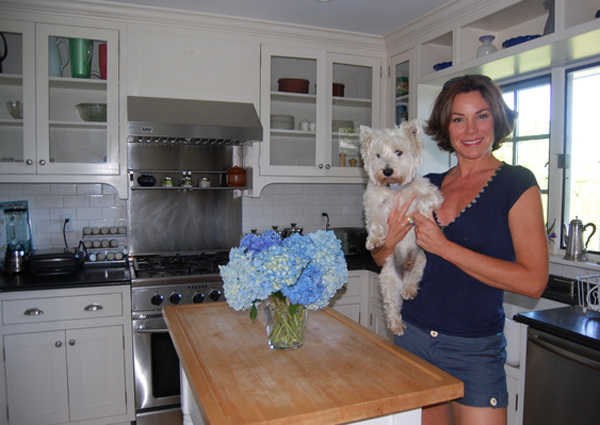 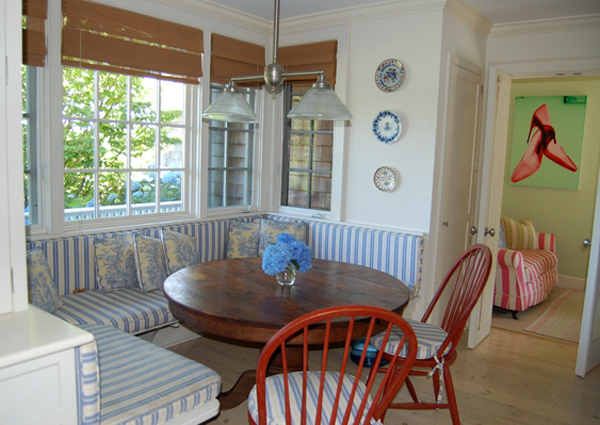 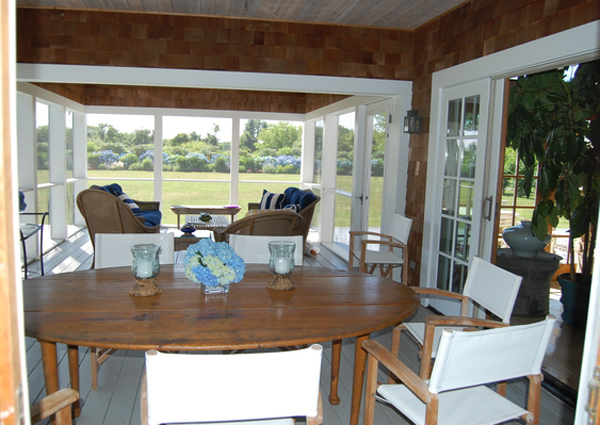 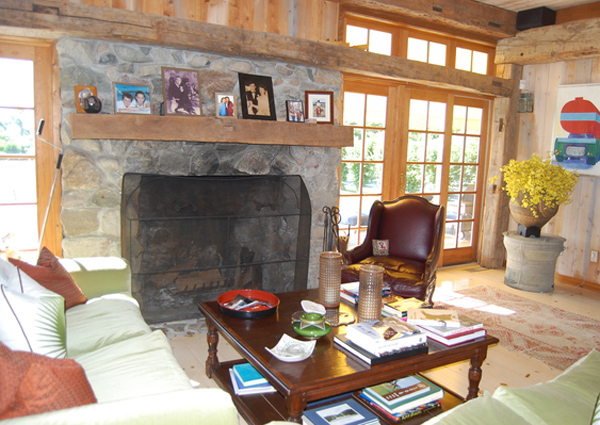 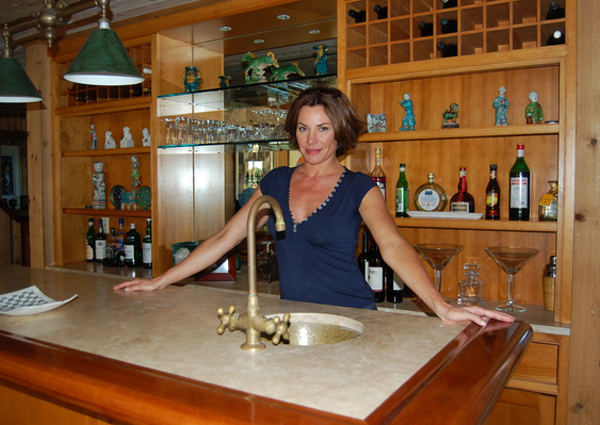 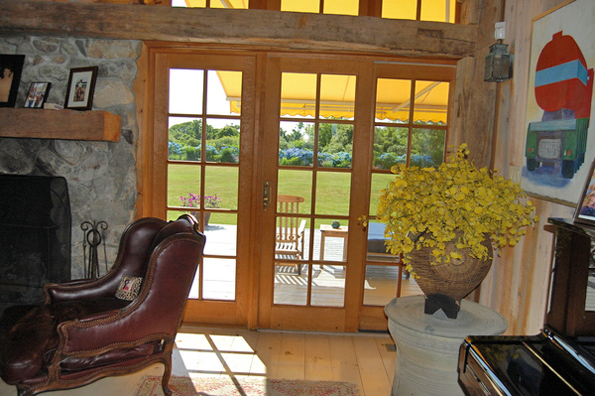 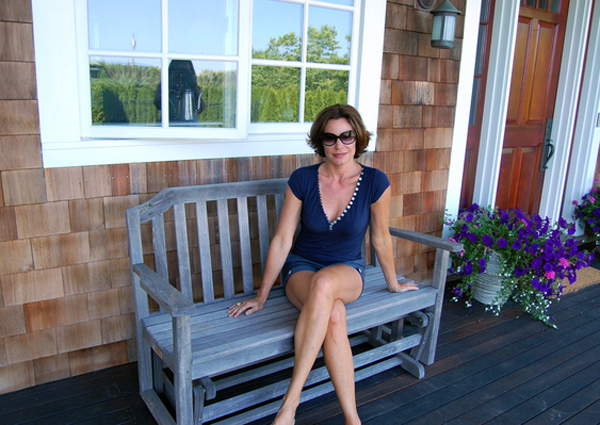 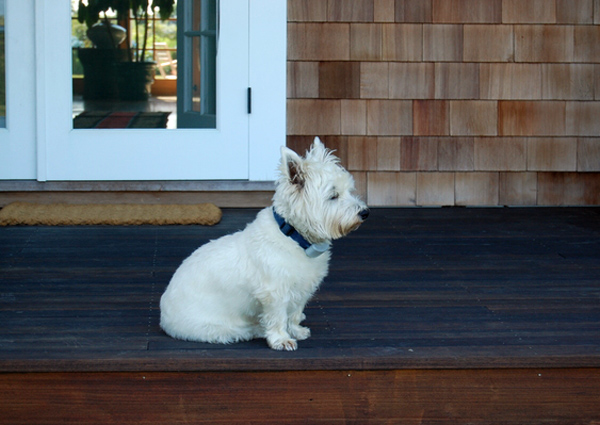 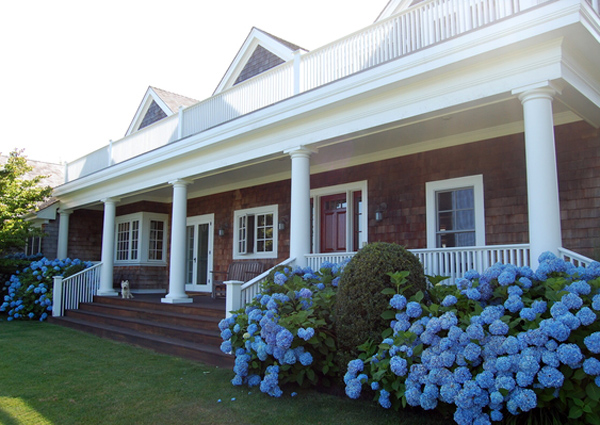 “The Real Housewives of New York City” cast member Countess LuAnn de Lesseps has a hectic schedule—promoting her Bravo television show; her book “Class with the Countess: How to Live with Elegance and Flair;” and her single, “Money Can’t Buy You Class;” plus making television appearances as a lifestyle expert and writing a weekly advice column for OK! Magazine.com—but the Bridgehampton year-rounder still manages to find the time to entertain frequently at home.

Ms. de Lesseps’s recipe for successful hosting: keep it simple, yet elegant. Low-key entertaining is her specialty, she said.

“I have a very relaxed style of entertaining. I prefer a casual buffet style, darling ... Very low key, with a lot of family and friends,” she said.

That easy-breezy, yet sophisticated philosophy extends to Ms. de Lesseps’s furnishings in her two-story, 6,000-square-foot cedar shingle home as well. The makings of the house, which was built in 1996 and sits on 2.2 acres, came from a barn in Pennsylvania, she reported during an interview at her home on Friday. She also owns a three bedroom pied-à-terre in Manhattan, though the Bridgehampton house is her primary residence.

An eclectic mix of the elegant, dramatic and simple rusticity live side-by-side in the rooms of Ms. de Lesseps’s five-bedroom home, just the way she likes it, she said.

Decorative objects and artwork from her glamorous days as a former model (an image taken of her by famed photographer Gunter Sachs in the 1990s hangs in the dining room) and wife of Count Alexandre de Lesseps, a French Aristocrat of the Suez Canal dynasty, whose family built both the Suez and Panama canals (they are now divorced), share space with family photos, books, antiques and typical local furnishings. Chinese and Burmese vases coexist happily with French mirrors and plates, which share wall space with artwork by locals such as Terri Gold and Ned Smythe.

“It’s an eclectic mix of stuff, but I think it works,” Ms. de Lesseps said.

One of Ms. de Lesseps’s favorite objects in the house is a simple push broom, wrapped in fake pink flowers and green vines, which she produced from the front hallway to show off. It might sound strange that the Countess would gush over an item meant for menial labor, until she pointed out that the broom was autographed by Bette Midler. She met the “Divine Miss M” during a charity auction for the ACE Soho Partnership, a charity close to Ms. de Lesseps’s heart, which provides jobs and opportunities for the homeless.

“I’m a huge fan! When I met her, I starting singing ‘over the shoulder boulder holder,’ and she said, ‘wow, you really are a fan,’” Ms. de Lesseps said. “She’s done amazing things.”

As for favorite rooms in the house, one is the dining nook/family area, just off the kitchen, which she says is a frequent gathering place. The banquette seating, covered in blue- and white-striped sturdy cotton ticking, is a comfortable spot for Ms. de Lesseps, her children Victoria and Noel, and the family dog, Aston, to spend quality time together.

“We hang out here a lot” she said. “We’ve got the bookshelves and the TV here too, it’s very cozy ... But I have to replace the fabric on the banquette every year because it gets grubby from so much use.”

Another room that gets quite a lot of action in the summertime is the screened-in porch just off the formal dining room. The casual and airy room is filled with white fabric-covered director’s chairs, blue- and white-cushioned wicker seating, light wood and glass-topped tables.

“We spend our summers out here, reading the paper and relaxing,” Ms. de Lesseps said. “It’s nice to have an outdoor screened patio situation.”

But one of the best places in the house to start the party when entertaining, she said, is the living room bar.

“I love to set up a buffet in the living room and I like to do a lot of apps on the bar—goat cheese, tapenade, spring rolls, hummus, crudité ... stuff that’s not too heavy,” she said. “Everybody loves the bar, it’s hard to get them away from it sometimes.”

Of course, there’s also a few outdoor summer barbecues, which Ms. de Lesseps said she typically holds around the pool. There’s a two-story pool/guesthouse there as well, which is handy for party prep and guest facilities. “We’ll do barbecues all summer long,” she said.

When it comes to hosting parties, Ms. de Lesseps has a few tips so hostesses are “not flustered when it comes time to entertain.”

She said she prefers creativity and organization when it comes to setting the atmosphere for a party. “Flowers for the table, pretty colors, great food prepared in advance, candles, good music—get your iPod ready beforehand,” she said, adding that being prepared is the most important part of any successful party. “Having time for your guests is what it is to be a real hostess, darling. You should get everything done so that way you get to the door with champagne when the guests arrive.”

When it comes to the flower arrangements, Ms. de Lesseps said that simple cuttings from her many hydrangea plants are among her favorite tabletop decorations for a party, and every day, though elegant orchids also grace many surfaces in her home.

“I love cut flowers from my garden, especially the blue and white hydrangea and the trumpet vines, which are coming out soon. And orchids, I love. They last all summer and are so elegant,” she said.

Pointing to her piano, Ms. de Lesseps—who just signed a record deal with Ultra Records in May and will be performing at the fifth annual “Ascension Party” on Fire Island on August 14—said that live entertainment is also a big hit at parties. “I often sing for my guests. It reminds me of the great hostesses, like Denise Rich, who played one of the songs she wrote on the piano at one of the first parties I went to at her house,” she reported, smiling. “Now she’s an amazing hostess.”