The Year Of The Dahlia 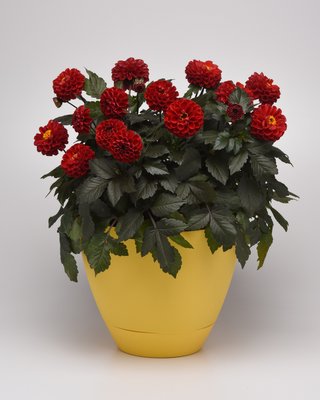 Dahlia ‘City Lights Red’ is a seed-grown dahlia that is not hardy. As a result, it’s used as a bedding dahlia. But growing to 18 inches, it can be a nice cut as earlier Peonies fade in the cutting garden. COURTESY NATIONAL GARDEN BUREAU City Lights Red Dahlia Color Code: 201c Selecta 2019 Pot on Sweep, Vegetative 04.16.18 Santa Paula, Mark Widhalm CityLightsRed01_02.JPG DAH18-24064.JPG Additional 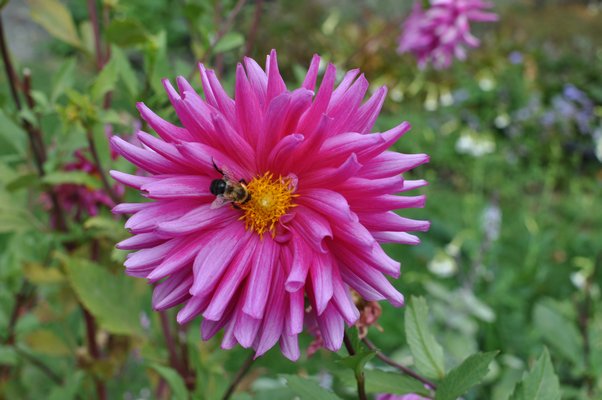 In late summer and into the fall, when dahlias can still be in full bloom, they are a source of pollen for bees who use the pollen as a source of protein. They may also harvest some nectar, which is turned into honey. ANDREW MESSINGER 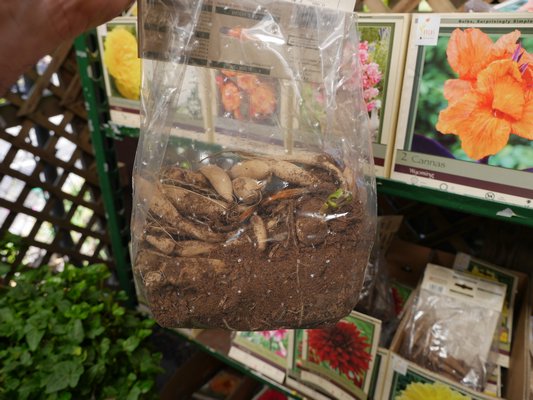 Years ago I was the manager of a large production nursery and one of our “seasonal” crops were huge potted dahlias. The roots would arrive from Holland and Oregon in early spring and were immediately potted in a warm greenhouse where they were fed and grown for several months.

By mid May we had fully budded and flowering plants for sale that stood 4 and 5 feet tall, but they sold quickly and I never got to see them in full bloom. That all changed when I moved Upstate to work in a private garden where we forced and planted more than 50 varieties of garden dahlias that bloomed from June through October and in really great years, November.

While generally unscented, these plants make up for it with spectacular flowers that cover the entire color spectrum with blooms from an inch in diameter to 6 inches and more. If that isn’t versatile enough for you, how about heights from just several inches (bedding types) tall to over 6 feet tall? And add the special dividend that the tuberous types are recyclable—usable year after year with some easy care and dormant-season storage.

The dahlia is native to the New World, discovered by Spanish explorers in the Aztec empire. The ancestral origin of today’s dahlia grew wild in Mexico and Central America. The Aztecs knew the dahlia as a tall (5 foot) plant that produced small, blood red flowers. In 1519, the Cortez expedition discovered the dahlia, then called cocoxochitl. Collected as a New World plant, the dahlia survived the journey across the Atlantic to be tended in Spanish monastery gardens.

No one could foresee the intense rivalry that would develop among the European royalty for this flower. The dahlia became a treasured status symbol for an empress. It is said that Empress Josephine, wife of Napoleon, obtained dahlia seed that had been stolen from the Spanish. She haughtily refused to share the plants with anyone. When a member of her court stole some of the tubers, the selfish Josephine became enraged and banned the innocent dahlia from her gardens.

The Abbe Cavanilles of the Royal Gardens in Madrid sent seeds of the cocoxochitl to Anders Dahl, a noted Swedish botanist. Dahl had visions of the plant’s tubers to be a new and useful vegetable similar to potatoes. He was sorely disappointed to learn the tubers were inedible. Still, Dahl was intrigued with the New World plant and began selecting plants, crossing plant lines and creating new plant forms.

The Spanish took a revived interest in this New World plant and wanted to re-establish their claim to the discovery. In 1789 the King of Spain held a festival to celebrate Spain’s “discovery” of cocoxochitl. Since the Aztec name was, at best, difficult to translate and pronounce, the King of Spain honored the Swedish botanist for his development of the new plants, and renamed the plant “Dahlia.”

The Dutch and the English also competed. In 1782, a Dutch importer had arranged for a shipment of tubers from Mexico. All died but one. It was new to Europe, having a red flower and long, pointed petals. The Dutch worked with this flower to produce new flower forms. The English, in the meantime, had received some plants from the French. The dahlias were planted in the prestigious Kew Gardens in 1798 and by the turn of the century, interest in breeding work had intensified to the point that dahlias were widely planted in English and Dutch parks and other public places.

By the 1830s, the demand for the plants, seeds and tubers, soon outstripped the supply, prices rose, and fortunes were made and lost in dahlias, just like the tulipmania of earlier generations. It was not until later in the 19th century, when the European garden demand was met, that shipments began to the U.S.

During the American Civil War, when supply lines were cut, nurseryman Peter Henderson of New York City began producing his own dahlia seeds, tubers and flowers. This effort marked the beginning of dahlia breeding in the U.S. During the past century, breeding and production has centered in Washington, Oregon and California. In California, the climate and lack of rainfall during the harvesting season have made the Lompoc and Santa Maria Valleys extremely favorable for cultivation.

Breeding advancements have also continued in England, Holland and Japan. England and Holland have been breeding dahlias for centuries. Japan finds the dahlia flower attractive, both as a garden plant and for the harvest of cut flowers. Even though modern breeding work continues, it is said that the descendants of the original wild ancestor, cocoxochitl, can still be found in Guatemala and the Mexican uplands.

The dahlia is a member of the Compositae, a vast family represented in all parts of the world by some 800 genera and many thousands of species, so names for their composite flowers. This family, the largest of all in the plant kingdom, includes such common kitchen garden vegetables as the lettuce and the artichoke, as well as flowering ornamentals. Among the flowering ornamentals in the Composite family, in addition to the dahlia, are the friendly and familiar aster, chrysanthemum, cosmos, Rudbeckia, and zinnia, as well as the more arcane Arctotis and Tithonia.

The precise origins of today’s dahlia are probably D. pinnata and D. coccinea. The American Dahlia Society recognizes 18 groups of cultivars, based on external form and flower structure. Within these groups are thousands of named varieties. There are dahlia types with the flower for form, habit, height and color to suit virtually every garden need from pots and planters to towering specimens and tiny bedders.

Most experienced gardeners are familiar with four popular dahlia forms. These are the cactus, pompon, double and semi-double flowers, all of which can be grown from seed, though most gardeners choose to purchase the mature tubers, which put on a much more dramatic show, except in the case of the dwarf varieties that can be grown from seed or as cell-pack plants that will perform well as annual bedding plants.

The pompon bears short, tight, cup-shaped petals that create a rounded flower. The shape is similar to the decorative tuft used on clothing. The pompon flower is about 2 inches in diameter and is produced on plants that range from 3 to 4 feet tall.

Next week, we’ll briefly look at growing dahlias from seed, but we’ll take a much closer look at the taller “estate” dahlias, which can be some of the most striking flowers in the summer and fall garden. It’s the year of the dahlia. Keep growing.