Top Flower Picks For Fresh Cuts From The Garden - 27 East

Top Flower Picks For Fresh Cuts From The Garden 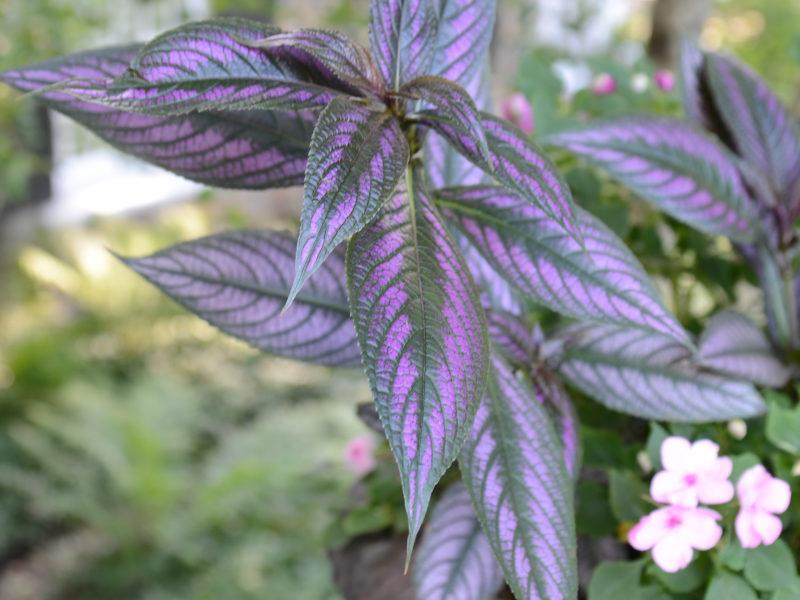 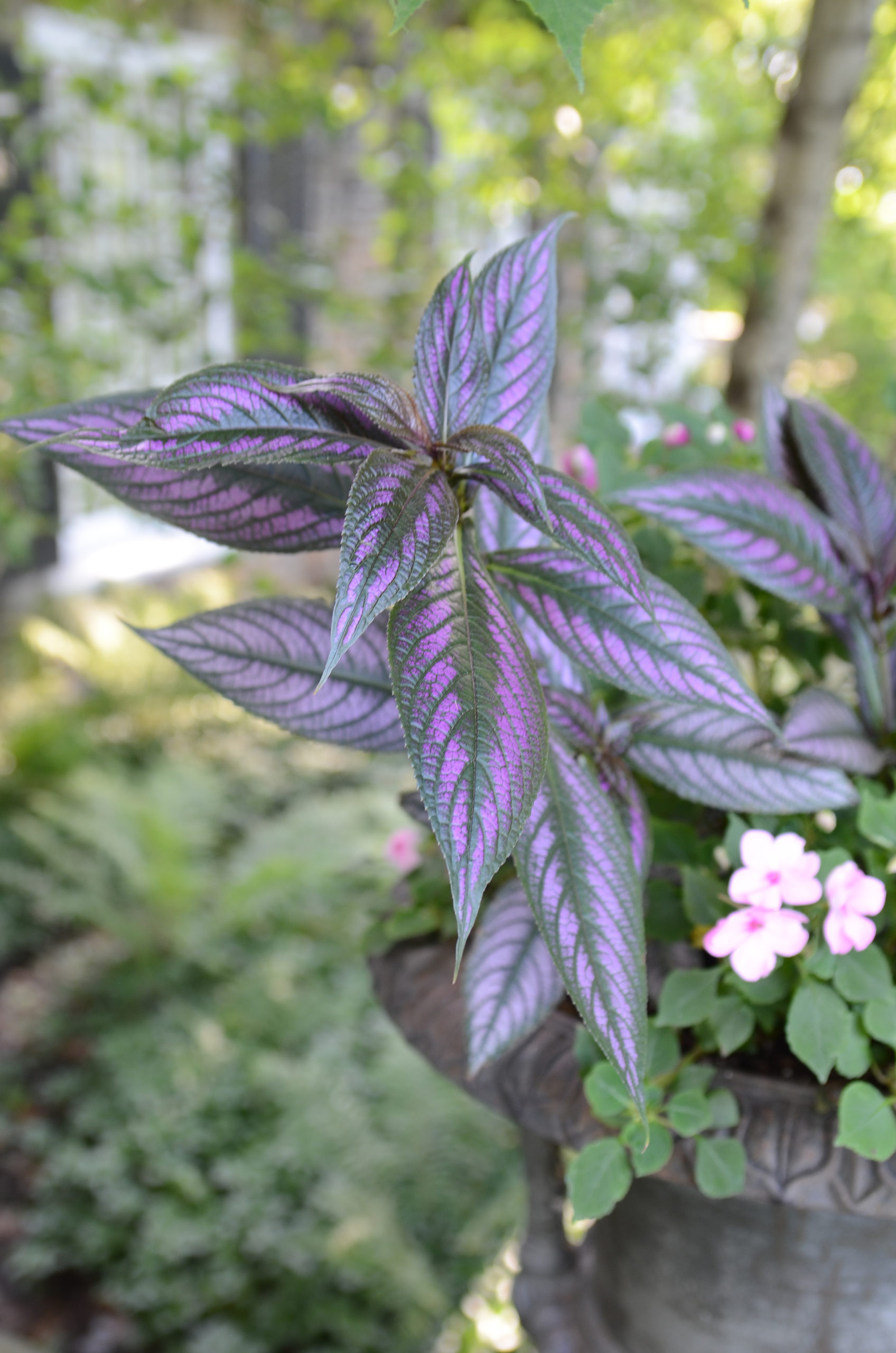 The Persian Shield (Strobilanthes) is a tropical plant thatâ€™s now widely used seasonally in many gardens. The foliage color and strong stems make it perfect for some cut flower arrangements. ANDREW MESSINGER 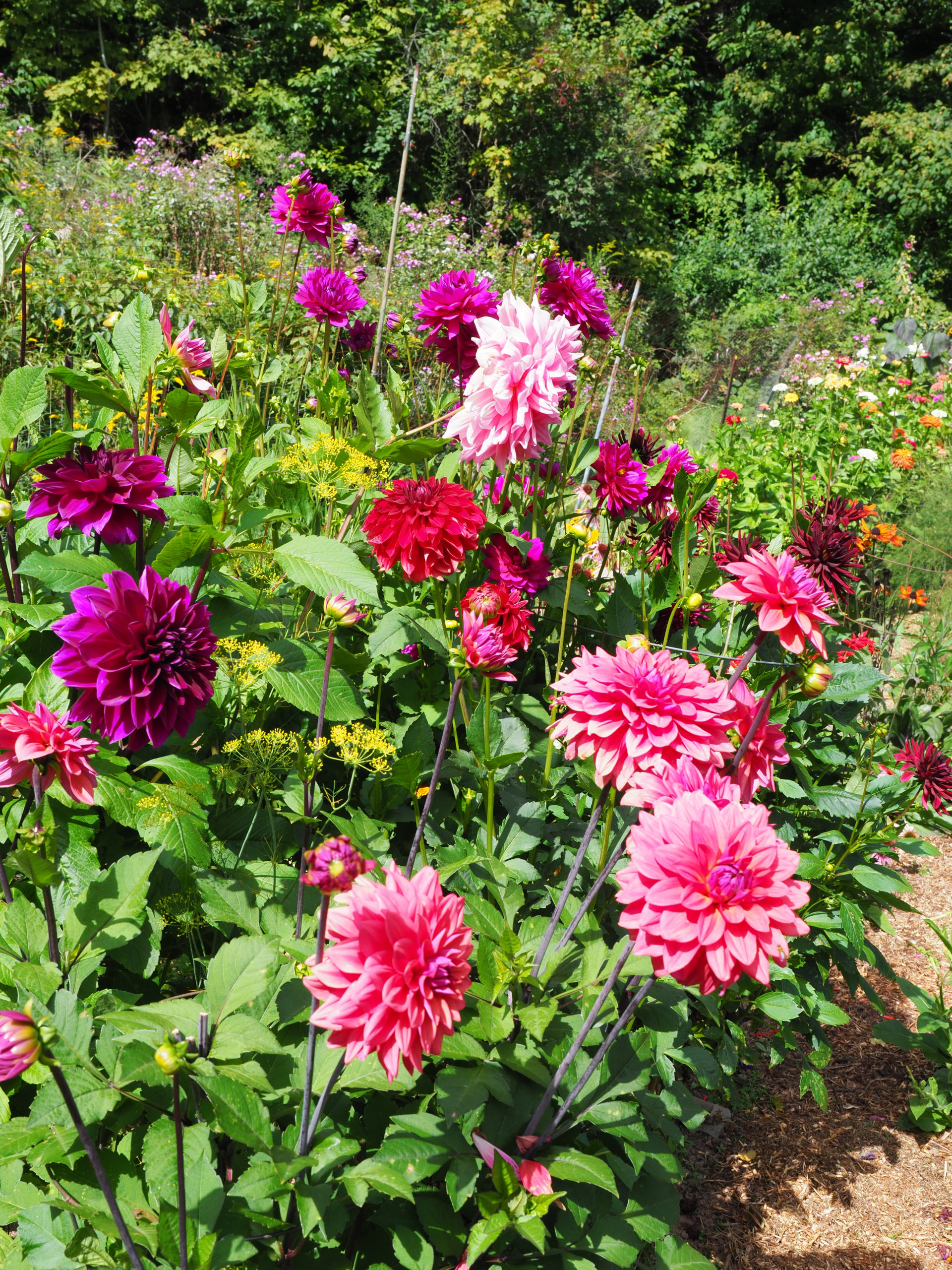 Dahlias (tuberous types) come in a range of colors as both singles and doubles (pictured here). The hollow stems should be â€śflamedâ€ť after cutting and tubers planted through the late spring will result in flowers well into November. ANDREW MESSINGER 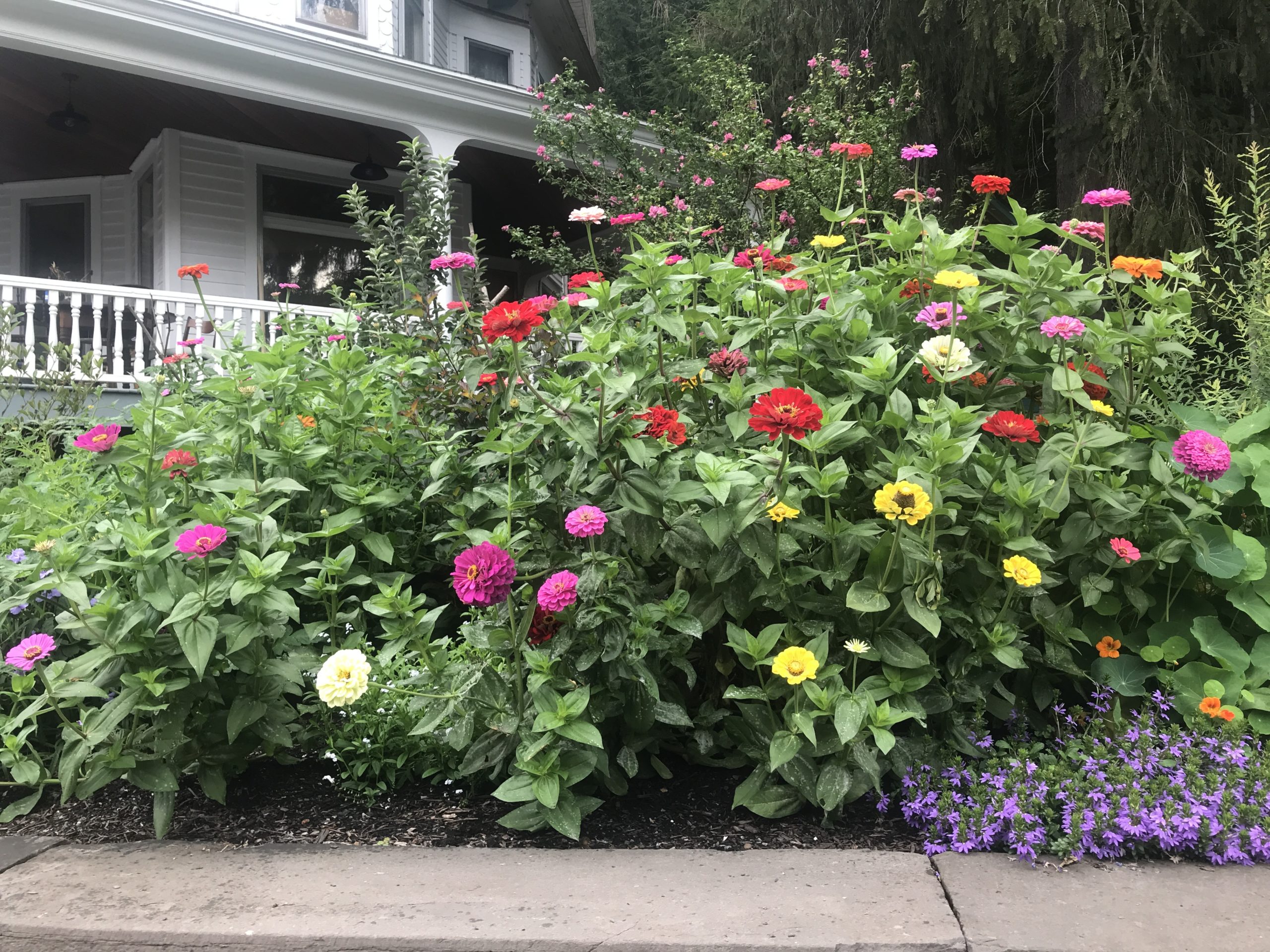 Zinnias are easily grown from seed, and the taller varieties make great cuts with strong stems. Rows of mixed colors are easily grown in the cutting garden or in mass plantings like this display. A half-dozen stems cut every few days will never be missed. ANDREW MESSINGER 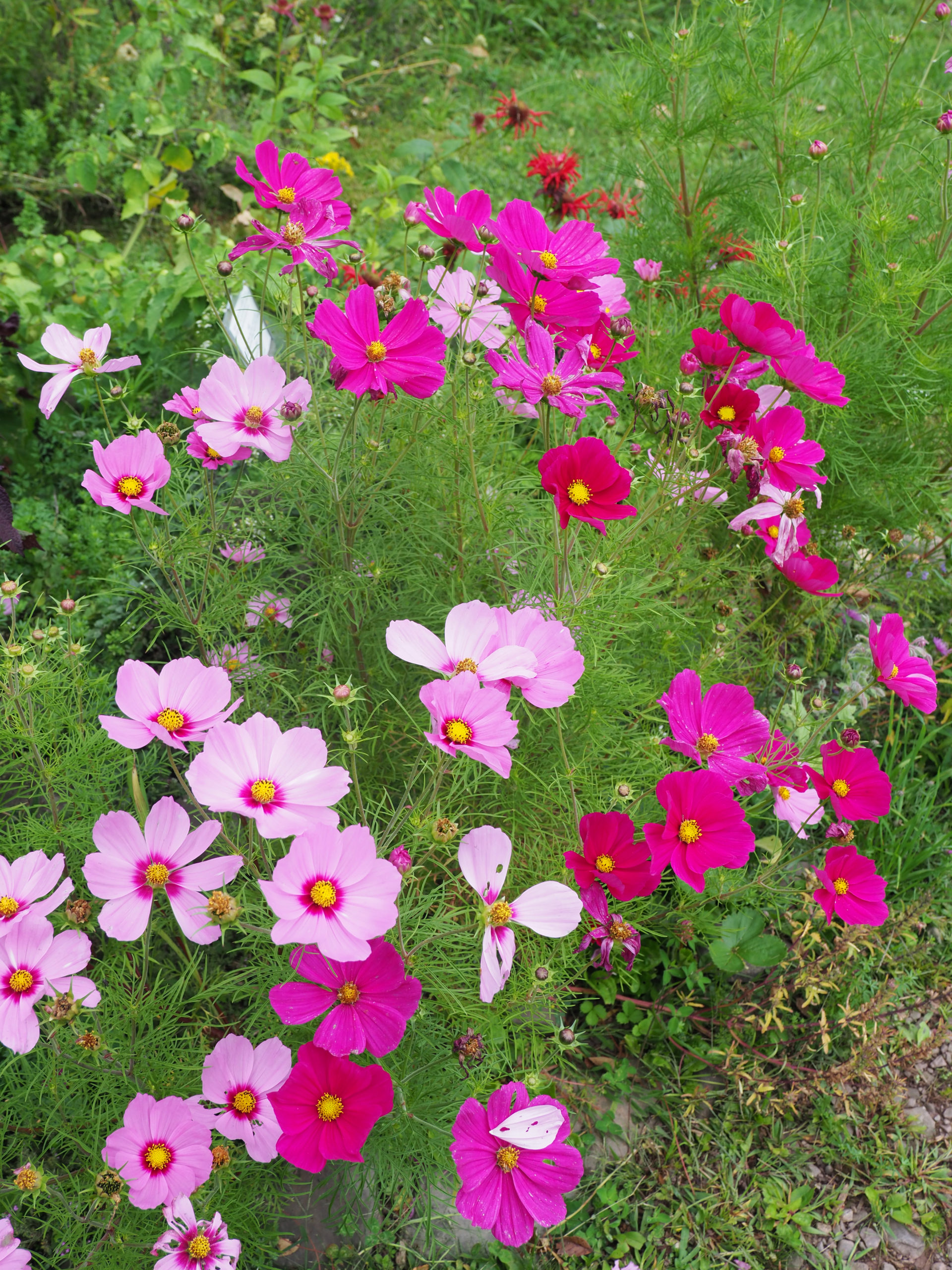 Cosmos are also grown easily from seed and are available in colors from white to pink, cherry, red, and bi-colors. The stems are wiry, and the flowers last only a few days but are easily replaced with more always being produced until frost. ANDREW MESSINGER

Last week we took a quick look at cutting gardens, and I noted that they can be grand or modest, inexpensively simple or elaborately expensive. The bottom line, though, was that just about anyone with some open space can have a cutting garden that can be productive from April through October.

Annuals and perennials can be combined with ornamental grasses for additional effects, and these grasses are available as both annuals and perennials and many can be grown from seed or purchased as potted plants. There are also many ornamental grasses that only come into their full glory very late in the season thus making them prime candidates for dried arrangements that can last for months.

And donâ€™t overlook shrubs. There are many that will flower throughout the season in the landscape, and you can â€śborrowâ€ť clippings from them when the cuts are judicious. At this time of the year thereâ€™s spirea, and the newer Hydrangeas, like the Forever series, bloom for weeks to months. Later in the fall the winterberries (Ilex) can be cut and brought indoors and in the middle of spring thereâ€™s nothing like some cut stems of Mockorange.

You can buy annual seed mixes that are intended to be used for cuts. Keep in mind that annuals make great fillers in a bouquet, but perennials tend to last longer as cuts. Some of the annual varieties to consider are sunflowers, Pentas, California poppies, Zinnias, Dahlias, Cosmos, Ami majus, Cleome, strawflowers (which need to be dried), Scabiosa, Gladiolas, Gomphrena, Calendula, Celosia, cornflower, Gerbera, nasturtium, Salvia and stocks. Within each of these groups there can be dozens of varieties and colors so there are actually hundreds of choices here.

A few tips for the cutting garden include the use of a time-release fertilizer as well as a dose of good compost mixed into the soil. A stand-alone cutting garden should be fenced to keep out rabbits and deer. If you are planting your garden in straight rows you can install wire or plastic fencing (deer fencing or bird netting works great) horizontally to keep the stems of taller plants erect, a trick used by growers of greenhouse cuts like mums and carnations. When planting annuals, do several sowings of each variety to extend your season of bloom â€” this is succession planting.

Try to remember to group plants not just by their height requirements but also by their need for sun, water and drainage. To minimize watering, spread a 1-inch layer of mulch (except not over peonies and iris) in the garden once the plants are several inches tall. The mulch will also help keep the weeds under control. Perforated watering hose or â€śleakyâ€ť hose along the rows or beds will reduce your need to water and will keep the foliage dry.

If you fall behind on your cutting, remember to deadhead, or your annuals will fade quickly. Donâ€™t overlook indoor foliage plants for both color and texture as well as perennial and tender ferns. Silver-leafed Artemisia and lambâ€™s ears, the iridescent Strobilanthes and herbs such as lavender and the mints can contribute handsome foliage as well as an aromatic touch.

Summer-flowering bulbs can be added to the mix as well. Tulips and daffodils are great early on, and the Alliums make spherical statements. As the season moves on there are the easy-to-grow Gladiolus, and much later in the season thereâ€™s the magnificently scented Acidanthera, or Abyssinian Gladiolus, that will knock your socks off. Lilies can add a dramatic touch to your vase either singly or en masse with many being delightfully scented but some can be overwhelming. Donâ€™t cut the lily stems too long though as the foliage that remains is what feeds the developing bulb for next yearâ€™s flowers.

Not a bulb but a small tuber, the chocolate Cosmos, or Cosmos atrosanguineus, will waft the scent of chocolate several feet from your arrangement.

With the cutting garden planted and the flowers ready for cutting, the longevity of the produce can be increased by following a few simple rules. Generally speaking, flowers should be cut as early in the morning as possible and immediately put into a â€śflower canâ€ť filled with cold or iced water. In the morning the plants are plump with water (turgid) as the stomatic cells are closed; flowers cut in the middle of the day wilt quickly and rarely recover. Always use a sharp knife, scissors or hand pruner like a Felco to make a clean cut. If you notice that the stemâ€™s hollow, as a Delphinium or Dahlia would be, the cut end should be seared with a match or lighter to stop the fluids from running out of the stem. One other thing I do is to always cut the stems much longer than needed. Stems can always be cut shorter. Itâ€™s a little more difficult to make them longer.

Iâ€™ve read that peonies can be cut when the buds are full and tight but not yet open. If they are refrigerated and stored horizontally it was noted that these buds will remain viable for forcing into bloom for two to three weeks. The problem is that you need a cooler that is not â€śfrost freeâ€ť as a standard refrigerator will simply suck the moisture out of them. The humidity of a wine cooler would be perfect but Iâ€™m not sure you want to mix cut flowers with your expensive wines. Remember the florist shop coolers?

Several weeks ago I cut four large cans of flowers for guests who were arriving at work over the weekend. The flowers were cut just after sunrise, put in the cans with iced water then into the basement where it was dark and cool. A week later I was amazed to find three cans of unused flowers that would have lasted many more days in a vase.

When you are ready to arrange the flowers, remove any foliage from the bases and stems because they draw excess water and can also foul the water. Some arrangers like to cut the stems again just before the final arrangement is made believing that the newer cut exposes fresh tissue more able to conduct water up the stem. Commercial flower preservatives are also available to prolong the life of the flowers once they are in the vase. Once in water, the arrangement should be set in a cool, shaded spot for a couple of hours.

The White Flower Farm fall catalog offers 12 flower arrangements from $60 up to $70 shipped â€śdirect from the grower.â€ť Add $10 for a vase, and with shipping, thatâ€™s $75 to $85 for a vase full of cuts. Iâ€™m sure they sell some of these to those who donâ€™t or wonâ€™t grow their own, and they might make nice gifts. But the ones from your garden could be sooo much nicer. I gave a bunch of assorted cut Phlox to neighbor Nancy a few days ago. Such joy. She gushed.

You need to plant in order to have cuts. Weâ€™re very close to the time when many perennials can be divided and some moved into your cutting area. Buy your annual seeds in the winter and sow them at 10-day intervals when the soil warms in May. Keep growing.

Weâ€™re within days of the holiday season, and since itâ€™s so hard to find things ... 16 Nov 2021 by Andrew Messinger