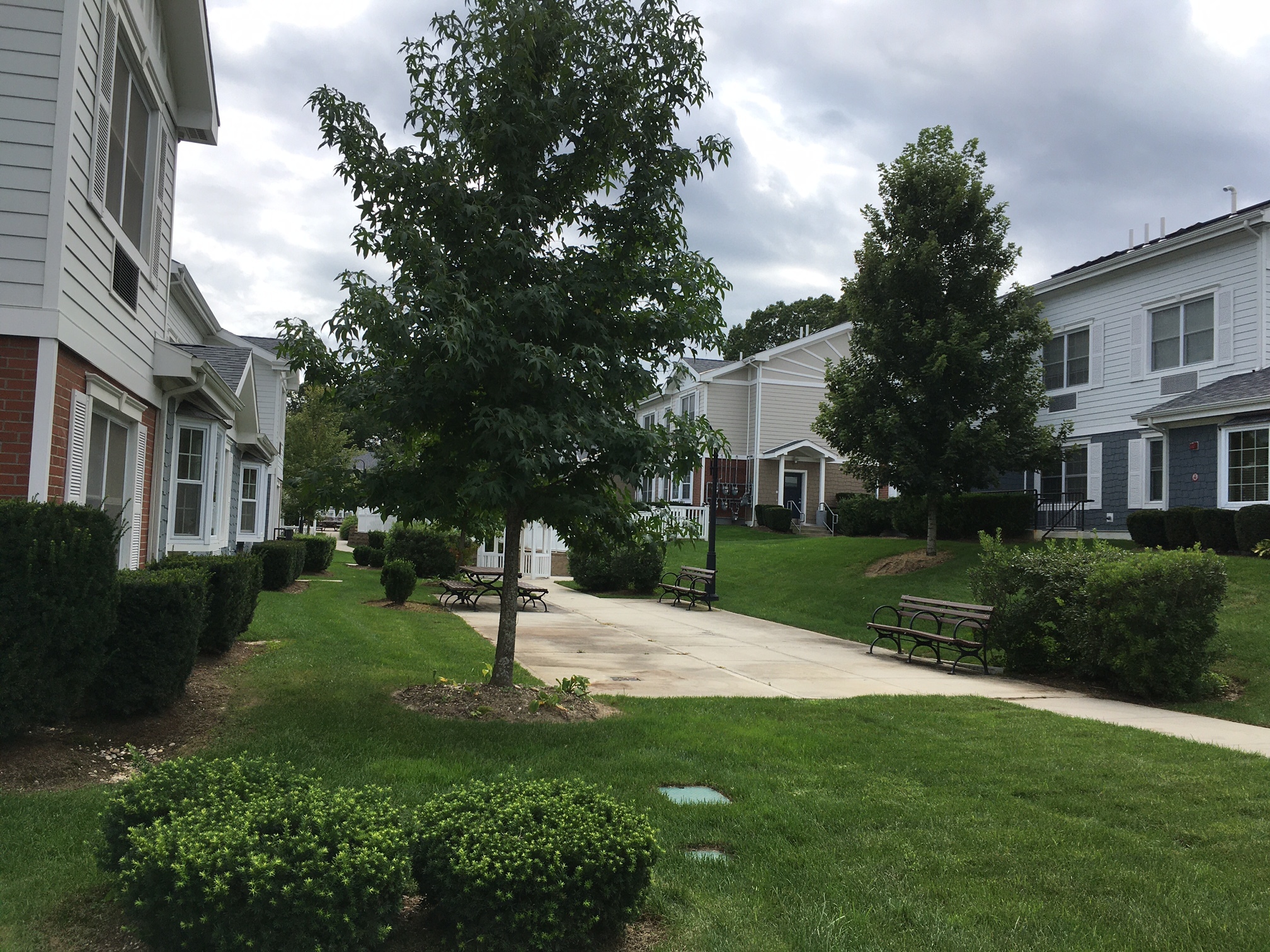 A courtyard provides green space at the Lake Ronkonkoma community. 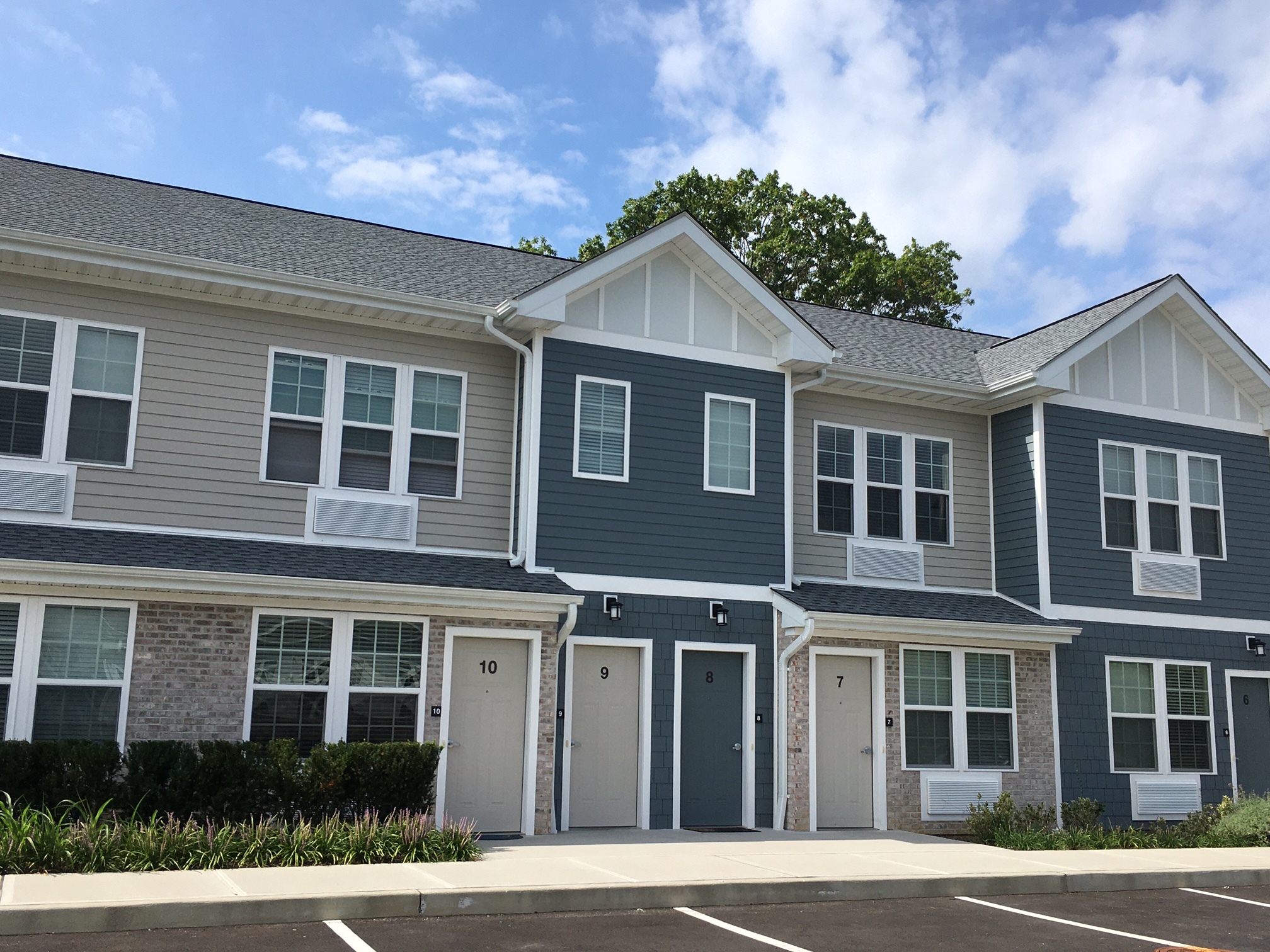 An exterior view of one of the buildings in Liberty Station. KITTY MERRILL 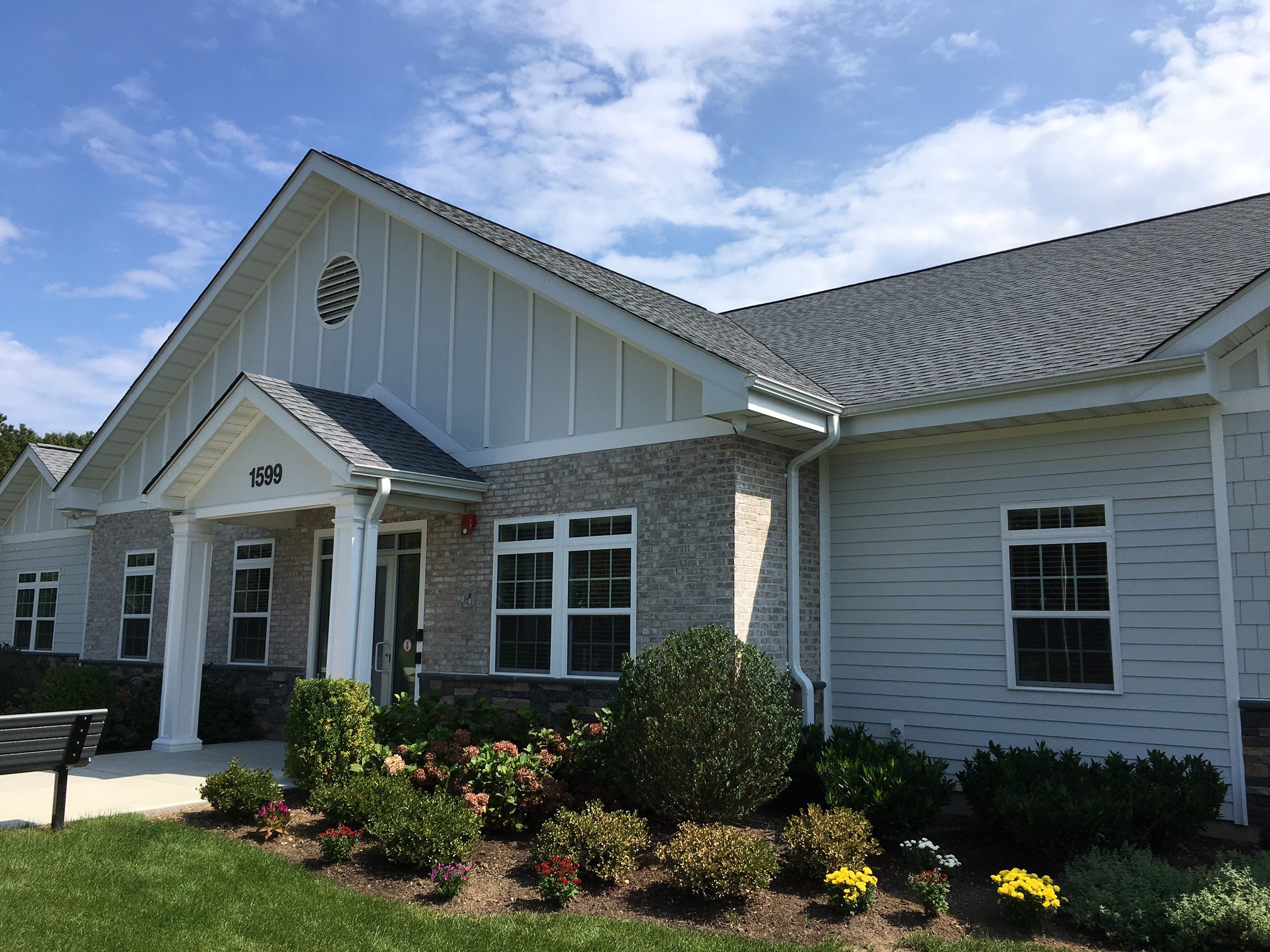 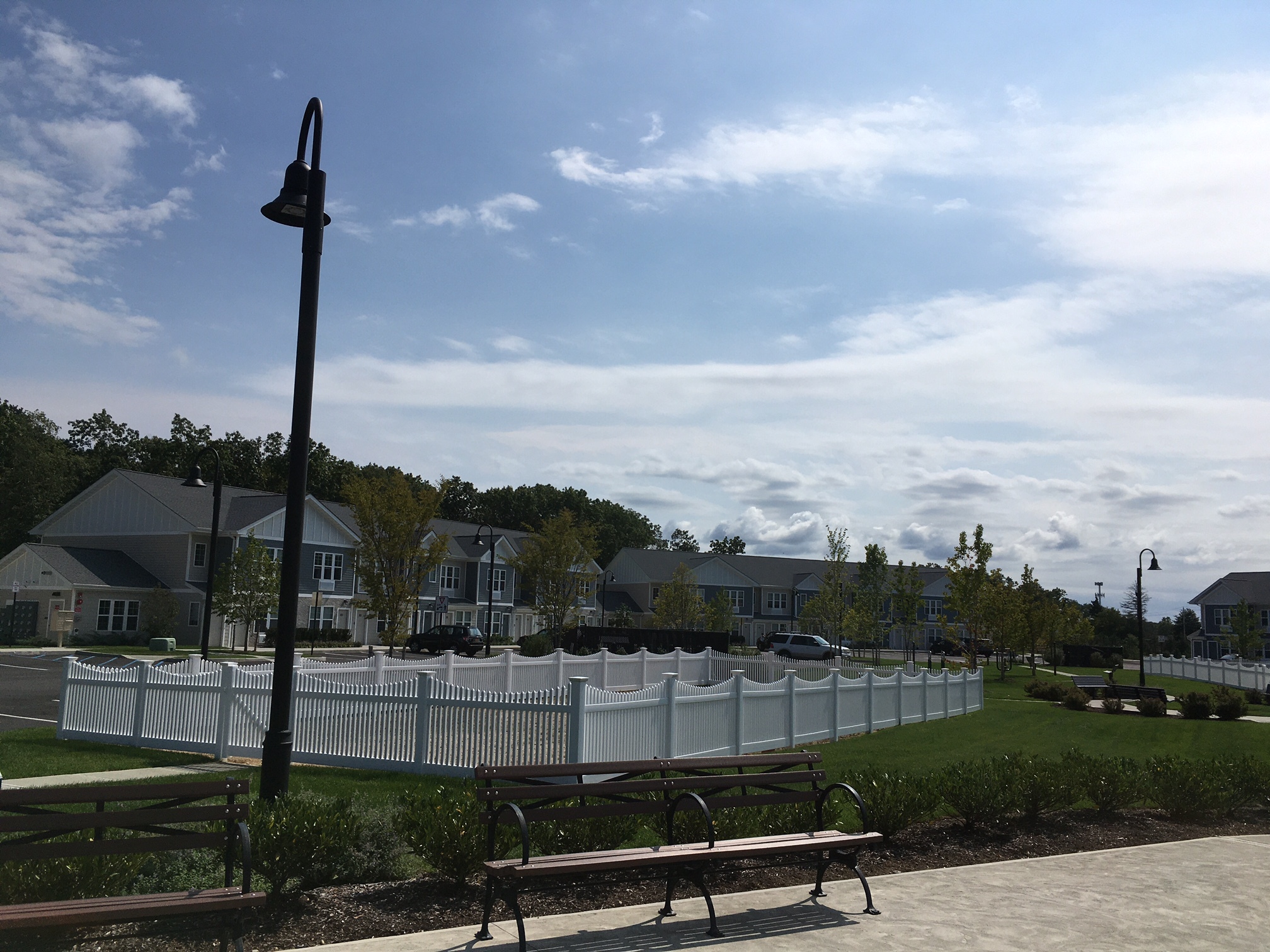 Residents asked for a plot for a vegetable garden; it will be planted next spring. KITTY MERRILL 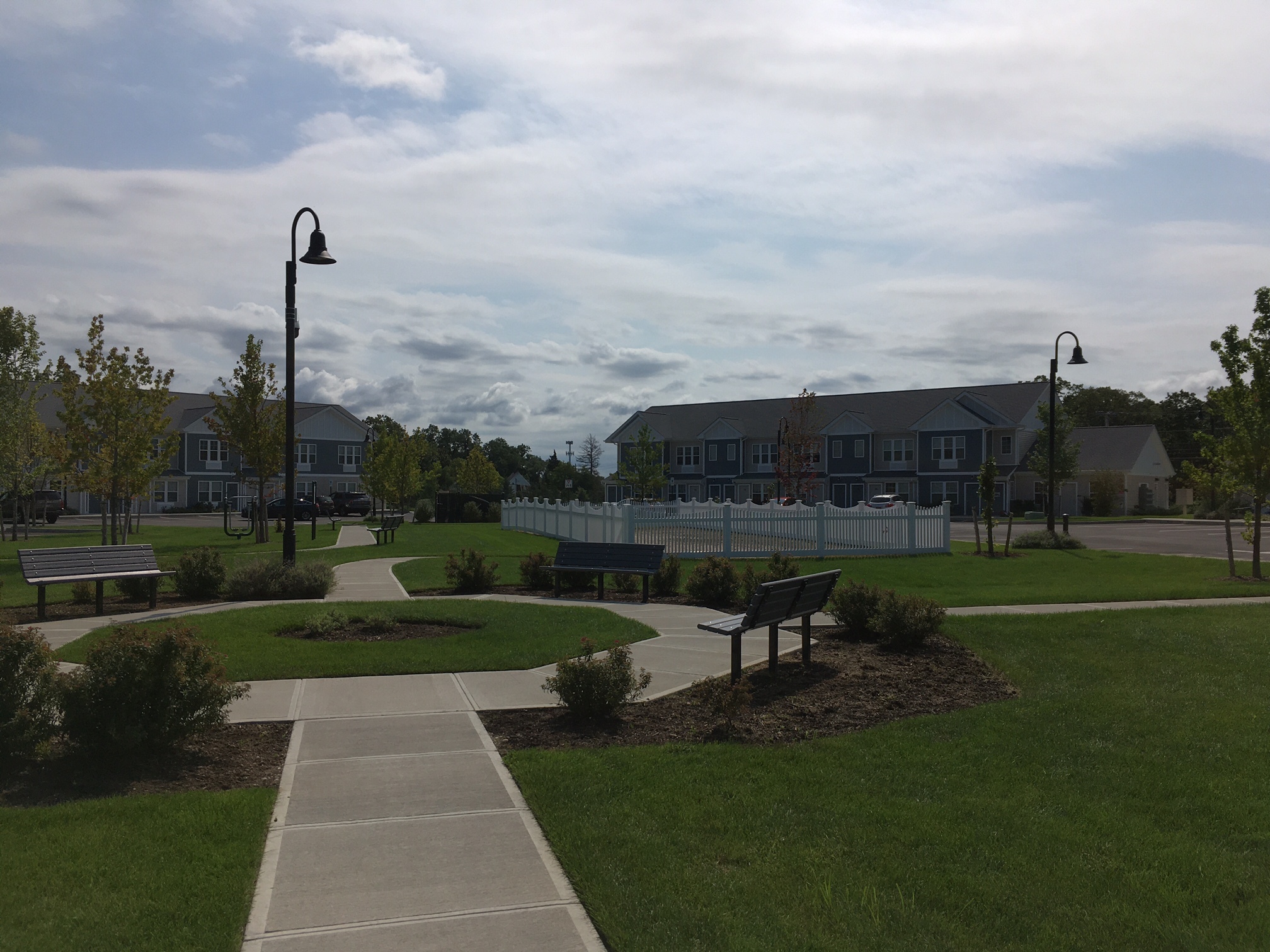 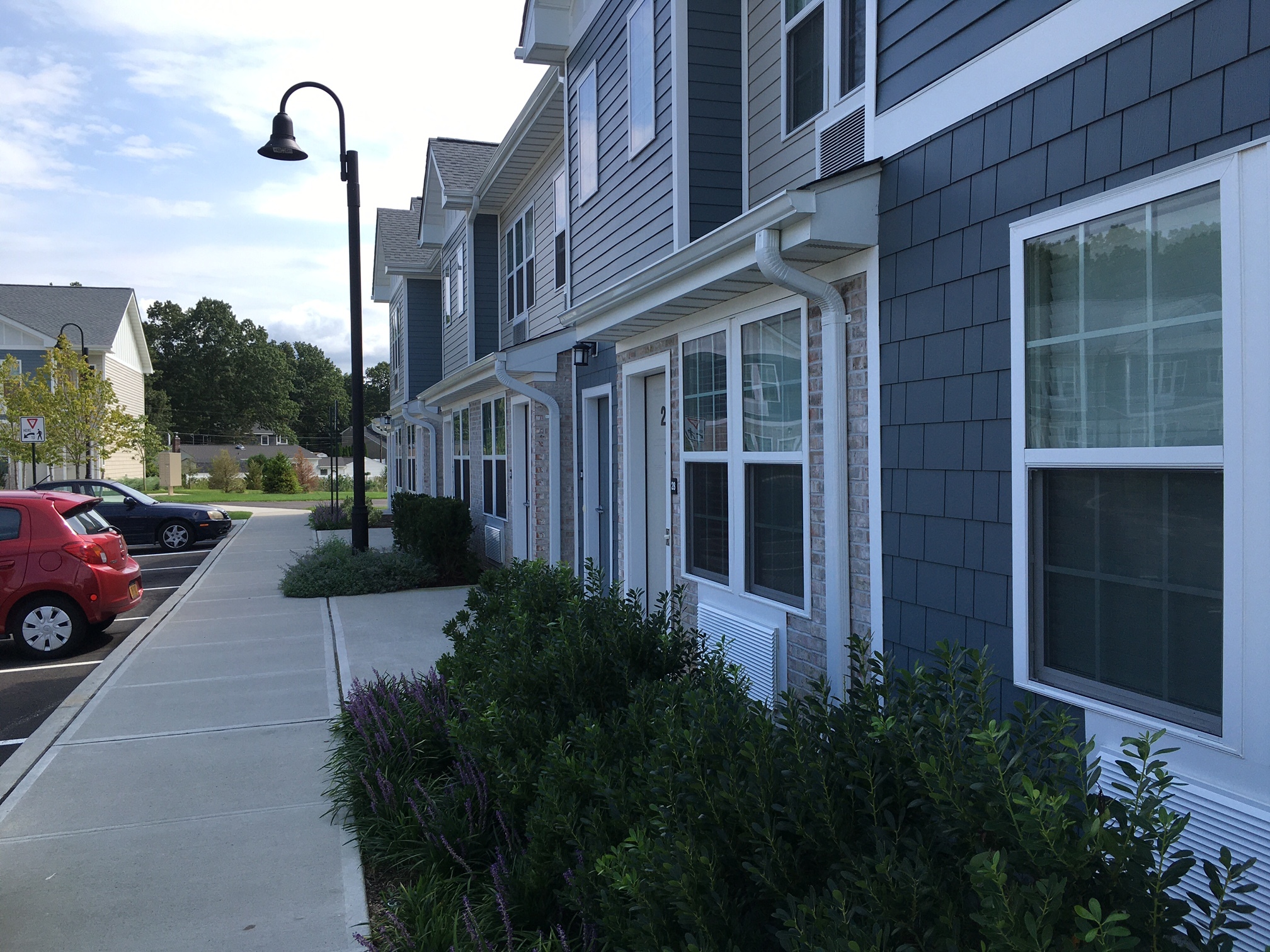 Foundations plantings of shrubs and flowers add green to the development. KITTY MERRILL 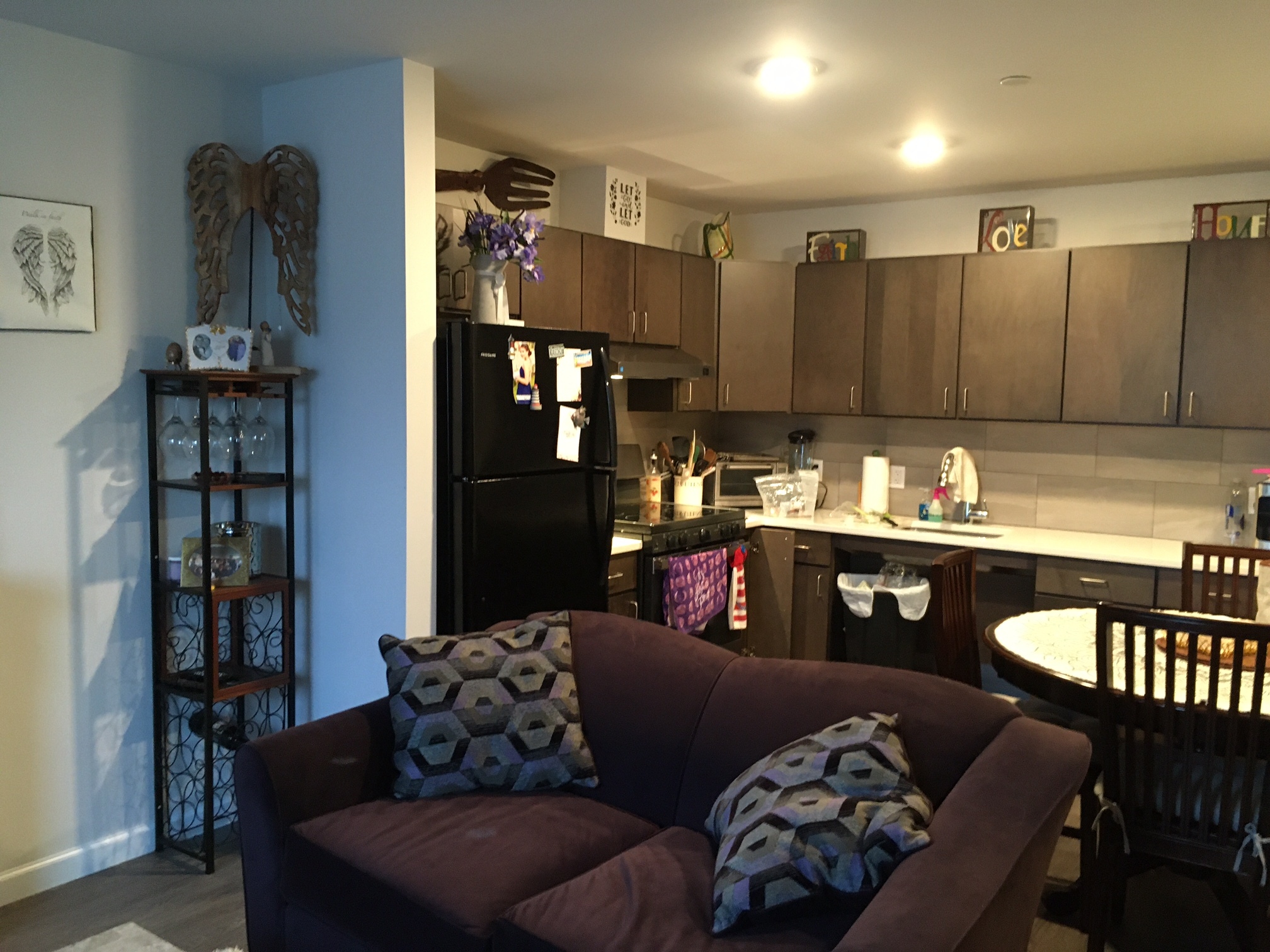 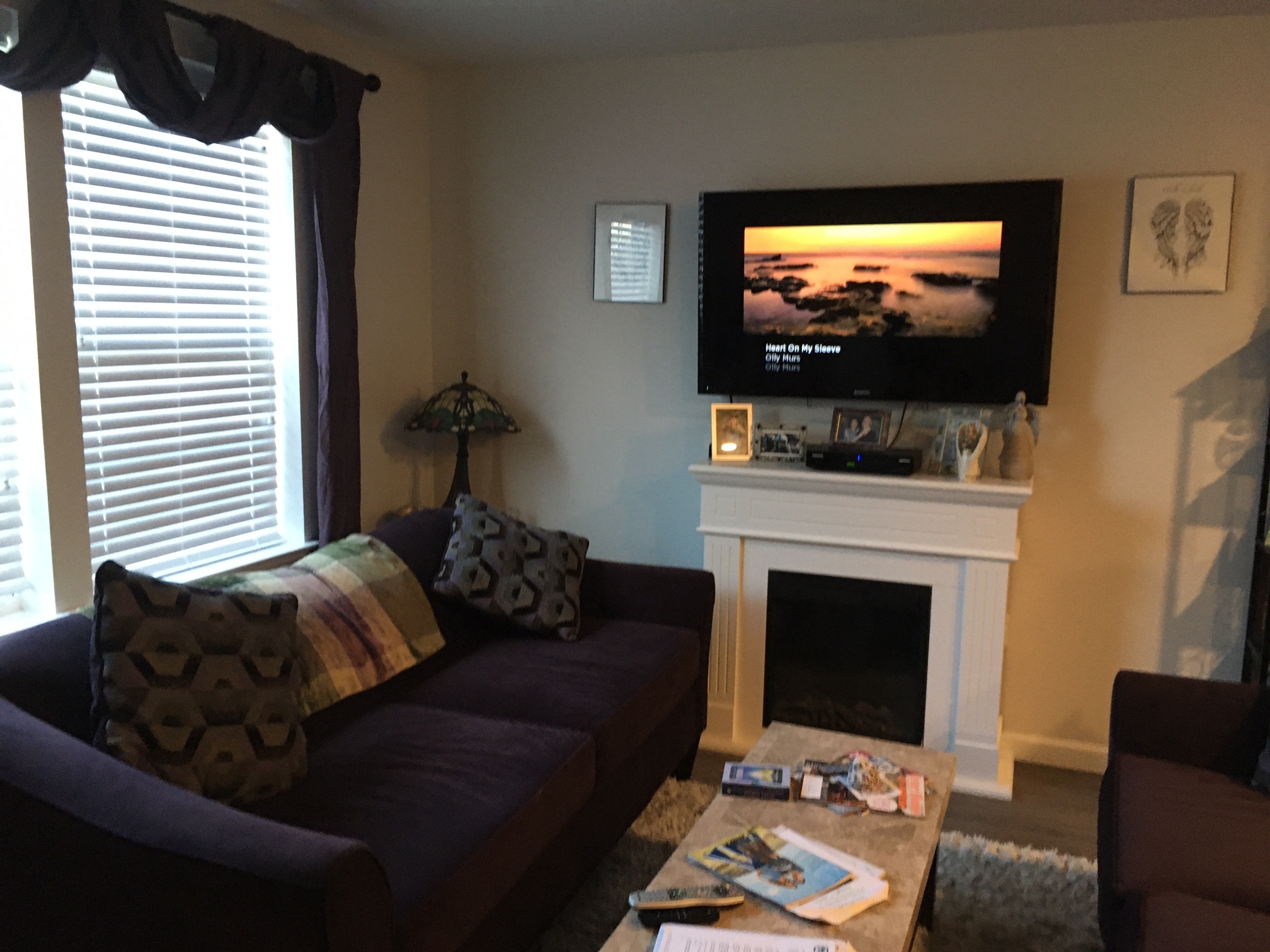 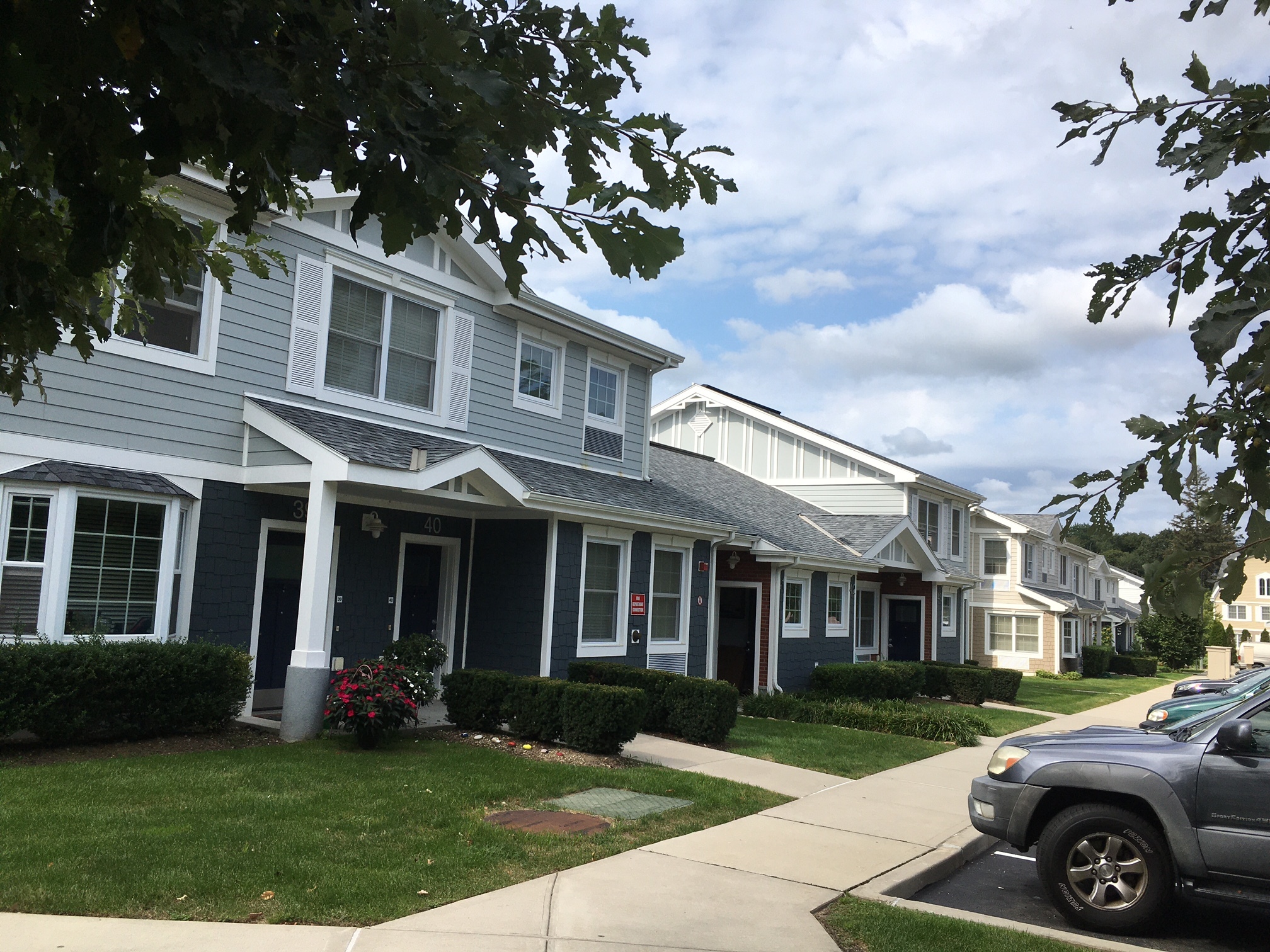 With the next phase of review for the proposed 60-unit affordable housing development off County Road 39 in Southampton on tap for Tuesday, September 28, the Express News Group toured a similar community developed by the nonprofit agency Concern for Independent Living, recently rebranded as Concern Housing Inc., and visited a second, older community by the same developer.

A landscaped berm buffers Liberty Station from the road, where a simple sign indicates the entrance off Route 112. Pulling in to the complex, visitors are greeted by a collection of flagpoles where flags of the branches of the military join the American flag, a tableau repeated at Liberty sites on Long Island. As with many of Concern’s 240 locations, Liberty Station provides workforce housing for residents with limited income, including veterans. Twenty-five of the apartments are reserved for veterans, 20 additional units give priority to veterans and the remaining units are for individuals making less than 50 percent of the area median income. Rent for a one-bedroom unit at Liberty Station runs under $1,000 per month.

The residential buildings are set in a semi-circle around a center green. A community building features a library, gym, computer room and gathering space. Staff offices are on site and manned daily; Concern Housing operates and manages all the sites it develops.

On the day of the visit, Island Harvest was hosting a food drive in the gathering room, which can provide space for recreation, parties, exercise classes and the like.

In addition to a lawn with walking paths and workout stations, the center green has two large areas set aside — one will be a dog run and the second will be a community garden. The use of the two sections of the yard was determined through a survey of residents, site manager Sinem Yilmaz explained.

The two-story buildings at Liberty Station call to mind typical suburban apartment developments, like those by Fairfield Properties found throughout Long Island; the difference is Concern’s rents can run about half that at Fairfield complexes.

Foundation plantings offer additional greenery in front of the individual buildings at Liberty Station. At Liberty Landing the central green is smaller, while the apartments have larger, individual plots for flowers and patches of lawn.

Grace Morgigno opened her home for a visit during the tour on September 16. Apartments at Liberty Station run from 630 to 800 square feet.

The front door opens to a great room large enough to host a living room, dining room and kitchen in the open plan layout. Vinyl tile flooring looks like wood, but is a durable and easy-clean surface. Two large closets are found along a wall in the great room. The bathroom boasts coordinating tile, as well as a handicap-accessible shower. The bedroom is spacious enough for a queen-sized bed and night tables, dresser and vanity. It too has a large closet and windows, creating a sunny atmosphere.

Ms. Morgigno had been living in Port Jefferson and as costs increased, she knew she had to find an alternative living situation. She didn’t want to leave the area, and her family nearby. One day she saw the building going up, and “I put in an application and I got in on the ground floor. They called me right away. . . I feel very lucky,” Ms. Morgigno said.

During the grand opening of Liberty Station on September 15, Ralph Fasano, the executive director of Concern Housing, highlighted the agency’s focus on homes for veterans. “Liberty Station offers veterans who have fought for our country quality, affordable housing as everyone deserves to live with dignity and respect. We are proud of our team and the numerous partners that made this much-needed project come to fruition,” he said.

One of the largest housing agencies of its kind in New York State, Concern Housing Inc. offers a variety of housing options with individualized services designed to support personal growth and independence. It is currently serving over 2,000 individuals and families in over 240 locations.

Discussing Liberty Station on the Concern Housing website, Mr. Fasano said that neighbors initially opposed the development, but their concerns were allayed once they visited other, similar communities developed by the agency. Additionally, he noted that because the lion’s share of the units are one-bedrooms, the development is not expected to bring too many families with children into the school district. When projects receive low-income housing tax relief, as this one did, there is increased pressure to limit the impact they will have on the local school district, he explained.

The Southampton proposal calls for an estimated 60 units of affordable housing located between County Road 39 and the Hillcrest neighborhood behind the Southampton Full Gospel Church property. Sited on five of the church’s overall 9.48 acres, the development would host affordable units in five two-story apartment buildings. Two of the buildings would have 14 units, two would have 10 units and one would have 12 units.

Concern Housing is seeking a zone change from the Southampton Town Board, looking to move from existing residential zoning to multi-family use and to increase the permitted density to enable 12 units per acre where six are currently permitted.

Early opposition looked askance at the traffic the development might generate. Access through the nearby Hillcrest neighborhood was initially proposed but withdrawn in the face of criticism. New access onto County Road 39 has been proposed. According to Mr. Fasano, a study conducted by the engineering firm Nelson + Pope at Liberty Station found 23 cars leaving the community in the morning during rush hour, and 14 exits from the site on weekday afternoons. “The sites are very low traffic,” the executive director emphasized.

Prior to the acceptance of the project sponsor’s DEIS, the State Environmental Quality Review Act requires a municipality to hold what are known as “scoping sessions,” during which members of the public can offer a list of issues they want to see the developer study and solve. The scoping session for the Concern Housing project in Southampton will be held during the Town Board’s regular meeting on Tuesday, September 28, beginning at 6 p.m. The meeting will be held virtually via Zoom.