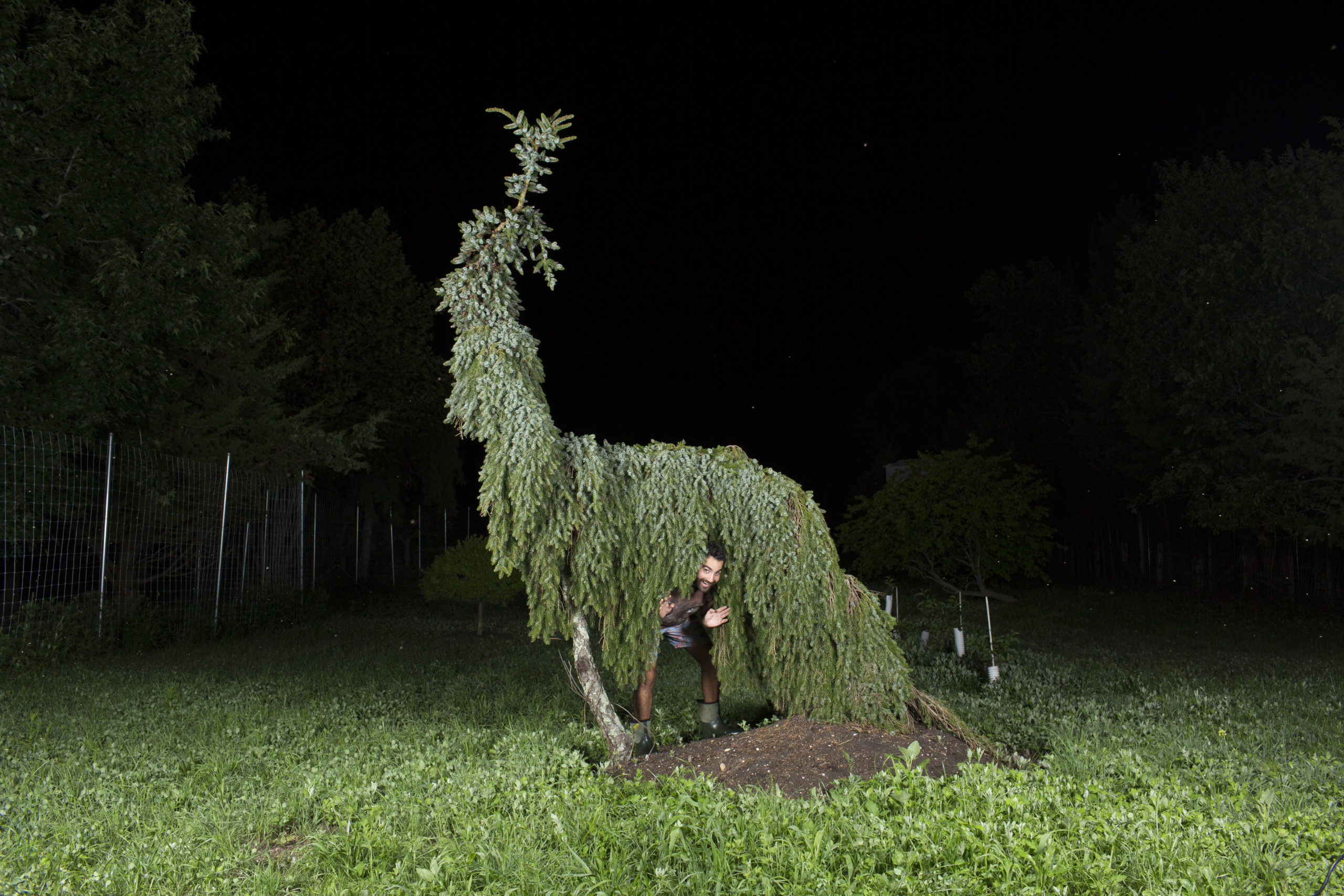 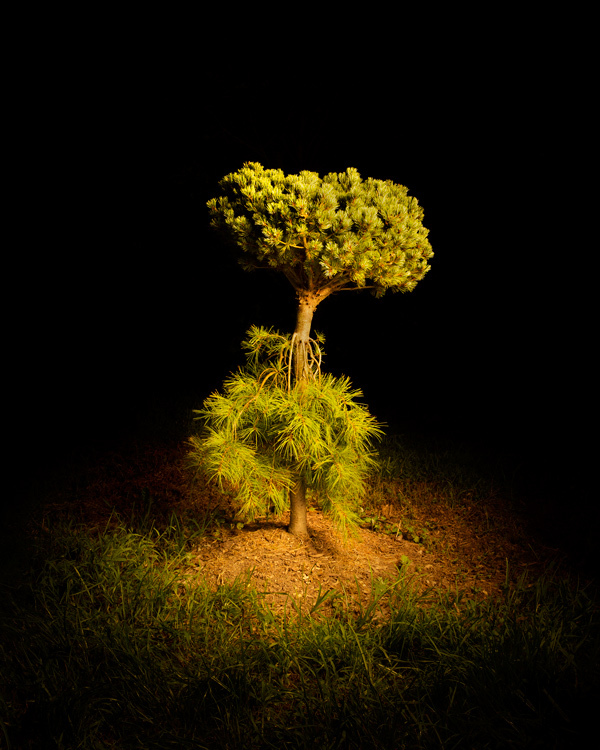 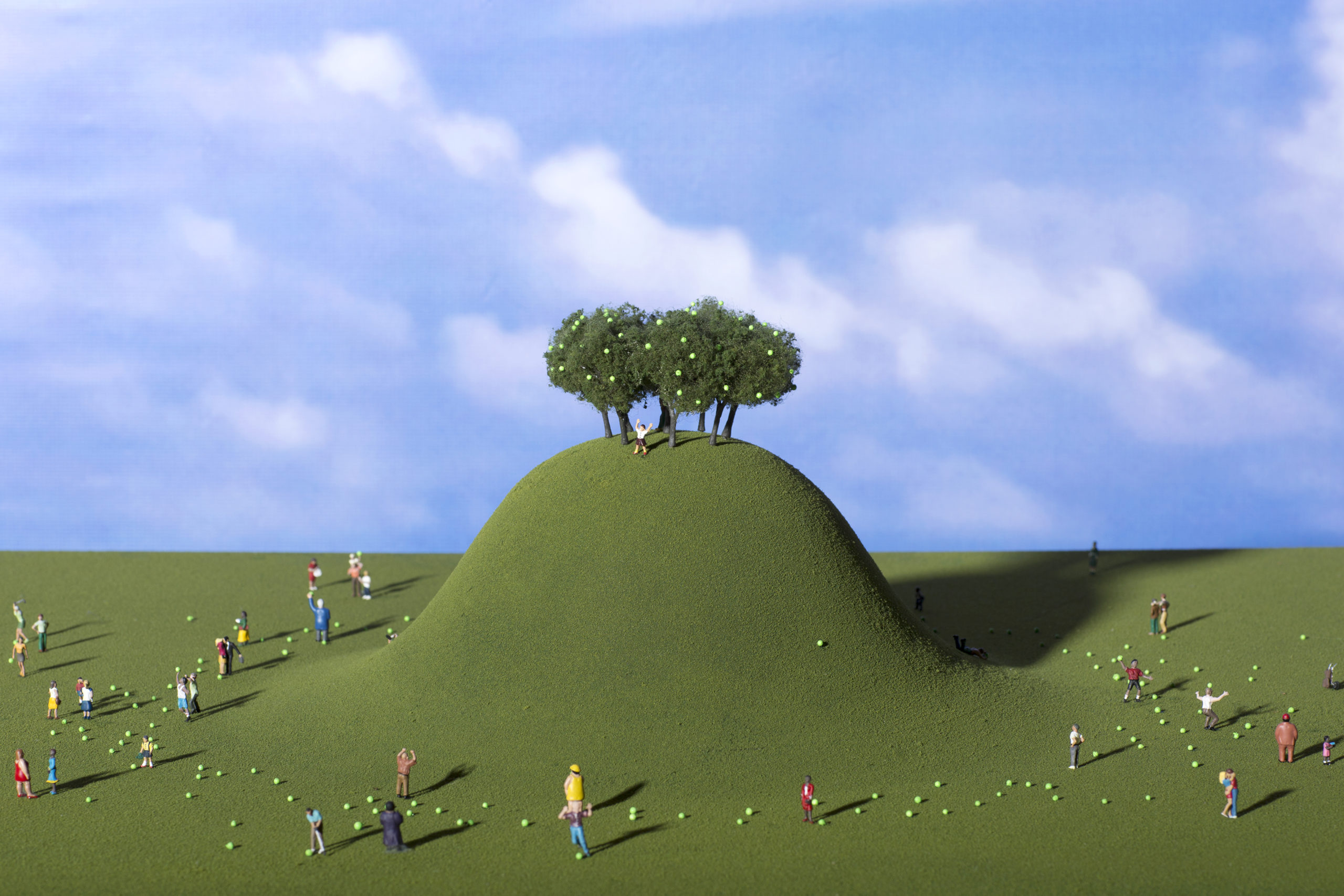 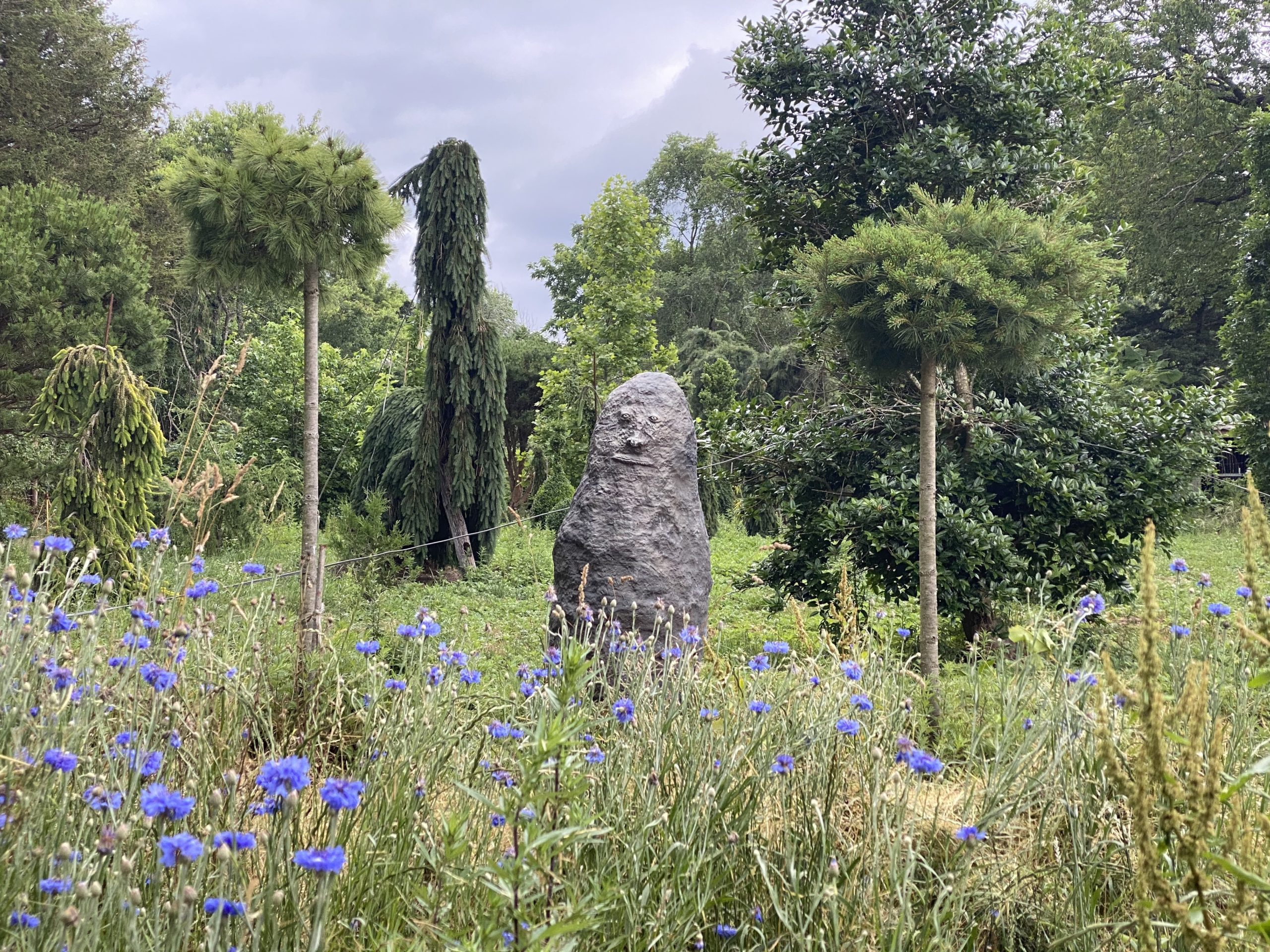 If anyone can get people excited about trees, it’s Tucker Marder.

The 31-year-old Springs native and multimedia artist has spent the past eight years gathering an extensive collection of unique arboreal treasures at his family’s East Hampton home. Now called the Folly Tree Arboretum, Mr. Marder’s archive of more than 250 “unusual and culturally significant trees” brings a sense of storytelling, magic and whimsy — along with a heavier environmental message — to these plants man so often takes for granted. And he’s offering a pair of free tours on Friday, June 18, at 11 a.m. and 3 p.m., presented by the Southampton Art Center, where he recently exhibited two-dimensional works in the gallery’s “Earth – Artists as Activists” exhibition through June 11.

Visitors on the tour can expect to see clones Mr. Marder cut, grafted and grew himself from an array of very special trees, including one that went to the moon on Apollo 14, an Osage orange tree with evolutionarily “useless fruits” that aren’t edible, and an oak that owns itself, among others. With humor, a penchant for the absurd and a deep, abiding love of nature, the artist will be on hand to guide the tour and put these interest-piquing concepts into context.

“In 2013, I started collecting trees at the house I grew up in, in Springs, the house my dad grew up in,” Mr. Marder said, noting that trees have always been a part of his life. His father and mother, Charlie and Kathleen Marder, started their local landscaping business, Marders, in 1975, and built it up to also include a successful nursery and one-stop shop for landscapers and gardeners in Bridgehampton.

“Growing up, I was sort of like, ‘trees, whatever,’ but the last decade or so I’ve been getting more and more into it,” Mr. Marder explained. “My dad would always tell me these stories of genetic mutations that occur naturally in trees, and when you take cuttings and graft them, and propagate those, you can create your own unique cultivar — basically it’s like a new type of tree. They were always these tree wizards to me.”

With this in mind, Mr. Marder learned to practice his own botanical sorcery, traveling around the country to find extraordinary trees, cut small twigs from their branches and raise perfect copies right here at home.

“You can’t really own a tree — it’s not really possible. All it takes is a little piece. It’s not like it’s something that’s hurting the tree, taking a 6-inch-long, pencil-thin twig from one of the branches,” he said, recalling visiting the Yale Peace Garden to clone a tree that survived the atom bomb blast in Hiroshima. The clone now grows at the Folly Tree Arboretum.

Describing another marvel in his collection, the “moon tree,” Mr. Marder said Apollo 14 astronaut Stuart Roosa took 500 seeds in his personal kit to the moon, put them in quarantine for a month when he returned, and then planted those seeds all over the United States. “There is one up by an elementary school in Pennsylvania, and last year I went and took cuttings from that tree and grafted them up — and those trees are genetically identical. For lack of a better term, they’re the same tree.”

He also has a tree with a story going back to 1835, when a retired general who loved it deeded the property where the tree grew to the tree itself. “So it’s a seedling from the tree that owns itself,” Mr. Marder said, pointing out that each of these trees is planted on the long axis of the arboretum property. “As you walk through the property from front to back, you’re walking through time chronologically in context,” he added.

“Over time, I’d think about how to organize the collection … The idea of the arboretum is each tree should have some sort of reason for being there — some story behind it related to narrative, imagination or culture,” Mr. Marder said, though he admits everything still has a bit of a rough and natural look to it at the Folly Tree Arboretum. “I don’t think it will ever be this manicured, botanical garden experience, but I think that also offers other opportunities.”

This season marks the arboretum’s first official residency summer, where five artists will come to work and have the freedom to follow their muse without fear of messing up the perfect scenery. “We can do things like dig a giant pit in the ground or have a big fire, or sort of wacky things you couldn’t do if you were a manicured botanical garden,” he said.

Participants in Mr. Marder’s upcoming tour will see this project in its infancy. His ever-expanding collection will only get bigger and grow taller as it inspires more art and creative thinking from this artist and all those he invites to spend time among his disparate, dendrological family.

For more information and a full list of trees, visit follytreearboretum.com. To register for the Friday, June 18, Folly Tree Arboretum tours, visit southamptonartscenter.org/events or click here.