Why You Should Have An Asparagus Fern - 27 East

Why You Should Have An Asparagus Fern 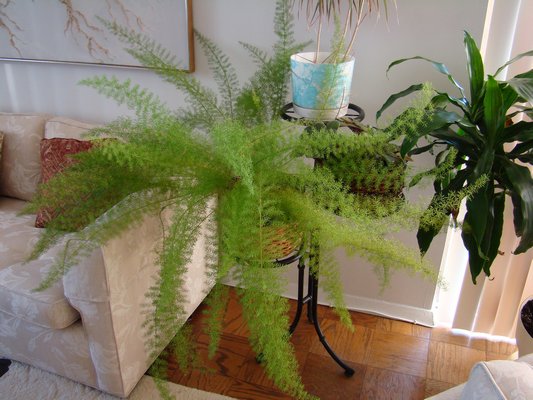 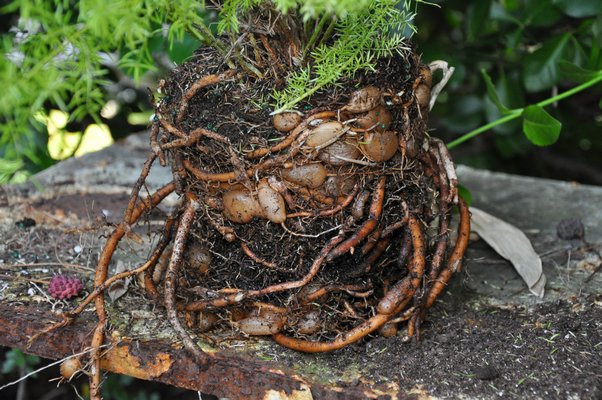 The roots of a mature ornamental asparagus are about as thick as a pencil. The bulbous appendages in the center are attached to some roots but their purpose is to store water for these plants that are native to arid portions of Africa. ANDREW MESSINGER 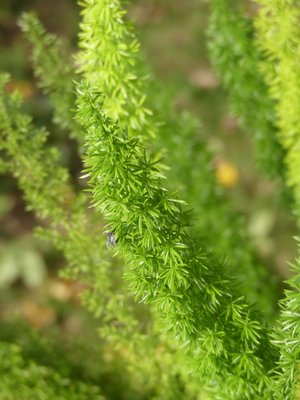 The leaves of Asparagus densiflorus ‘Meyers’ or the foxtail fern are on stiff, slightly arching stems that can be two feet long. The leaves themselves are flat and stiff like hemlock leaves. ANDREW MESSINGER 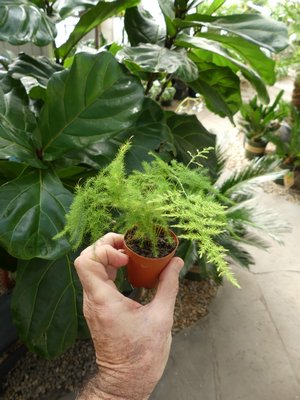 This tiny Plume asparagus (Asparagus plumosus) in a two inch pot and was in a local garden center. For under five bucks. In a year or so, with proper potting, this plant will make a wonderful house plant with arching, airy plumes of emerald green foliage several feet long. ANDREW MESSINGER 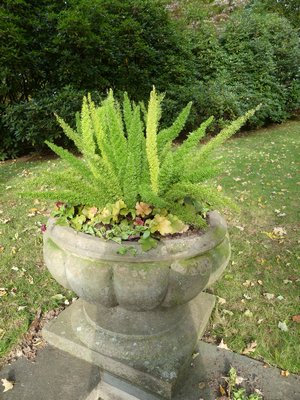 A foxtail asparagus ‘fern’ as the centerpiece of an outdoor concrete urn may have a winter home in a bright window of the Hampton Gardener. ANDREW MESSINGER

The sudden and nearly jarring change of seasons certainly has me thinking about indoor gardening.Every day as I park in front of my office, I pass two large concrete urns that have some very handsome asparagus plants in them. I’m hoping they survive long enough so that when the woman who maintains these planters needs to empty the pots, I can score a couple of these plants. They make wonderful houseplants that tolerate our dry homes, as long as they’re given a sunny-to-bright disposition.

There actually are three easy-to-find asparagus for indoor growing, but their common names are both descriptive and misleading. One is called the foxtail fern and, yes, in one incarnation I can imagine the stems of the plant resembling a fox’s tail. Another is the emerald feather fern and, yes, the foliage can often have a striking emerald color, and indeed many of the varieties have a feathery or wispy appearance. The big problem, though, is that if you treat any of these plants like a fern, they’ll disappoint you.

Another name used is the plumosa fern, and indeed there are types of this plant that do have a wonderful arching plume type of growth. And there is the sprengeri fern, which provides all the wrong information again, because this plant is anything but a fern. Again, none of these is a fern.

The one common name that may be of some help is the asparagus fern, because these plants do indeed belong to the Asparagus genus. But, here again, the common name is misleading. If you treat this plant like the common garden asparagus that we grow for its luscious immature shoots that thrive in full sun, you’ll be disappointed.

But the fact that we know it’s actually in the Asparagus family, along with knowing the species of the plant that you have—be it plumosus, densiflorus, setaeus, falcus or retrofractus—you can get detailed information on that particular plant.

Being practical and knowing that this is probably information overload for most of you, let’s just agree that the asparagus fern is not a fern at all. And it grows from seeds, not spores like a fern. It also doesn’t grow in a humid forest or shaded garden like a fern. Quite to the contrary, it comes mainly from arid sections of South Africa and can do quite well in bright light. Arid being the key word here.

So, why grow these plants? Well, how about the fact that they need little care and provide great year-round indoor color? Not enough? Okay, they’ll do just fine with two hours of sunlight and when mature can go for a week or more without water. Need more? Once a good size, they can be left in the same pot for five to 10 years without re-potting.

They have delightful, small, starry white flowers that often appear around Christmas, followed by red berries. The red berries develop quarter-inch round, blackish seeds that can be easily sown to grow new plants. And when the plant gets too big, or you decide that you instantly want more of them, you simply take it out of the pot (well, not always so simple …) and cut the plant from top to bottom into sections, and re-plant. Oh, and it likes it on the cool side in the winter, just in case you’re saving dollars by keeping the house a little cooler.

Now, is this a great plant or what?

My first experience with the “asparagus fern” was in my neophyte days of indoor gardening. I’d bought the variety sold as the foxtail asparagus (then also known as Asparagus meyerii, or Myers asparagus) in a 3-inch pot. In no time, I had to bump it up to a 6-inch pot, and then a 10-inch pot.

I had very limited space for plants, so I simply stopped “bumping” it up as it filled the pot and, much to my delight, it accepted its confined fate and slowed down. It would still throw out a new spike every so often, and its being pot-bound didn’t stop it from flowering.

The one unusual thing that it did, though, was it began to push itself up and out of the pot, and these fleshy, hard things that I presumed were roots or tubers began to appear around the pot rim.

Curiosity had gotten the best of me, and I decided to experiment. I managed to tease a few of these fleshy roots out of the pot and transplanted them into a smaller pot, figuring they’d grow new plants. They rotted. I tried again. They rotted again.

Back to the books, and, after hours of reading and a few phone calls, I finally learned that these things I was planting were not reproductive at all. Their purpose was to store water for the dry season in the part of the arid world where the plants had their true roots.

The other thing I found out in this journey was that you could be virtually merciless to these plants when you wanted to divide them and make more. The first trick is getting one of these pot-bound babies out of the pot, as they are tenacious pot clingers. You may have to crack a clay pot open to get the plant out, and if it’s in a plastic pot, you may need to use a hacksaw or utility knife.

But, once de-potted, take a sharp kitchen knife and cut from the top or crown and move downward, simply quartering the plant. Each quarter was placed in the center of another pot and surrounded with potting soil. A couple of months later, I had four beautiful pots of asparagus, three of which needed adoption.

You can easily find the foxtail-type asparagus in most plant stores, though it may be sold under a variety of common names. I recently saw them in a Southampton garden center in 2-inch pots (along with other types of asparagus “ferns”), which make great and inexpensive starters to learn with. They are also common in 4-inch and larger pots, and also in hanging baskets. You’ll know it by the long spikes of upright branches that have flattened leaves, not unlike the foliage of a hemlock tree.

The plume, or plumosus, varieties are quite different in appearance but are grown the same way. The stems can be up to several feet long and will arch to the sides with an airy, wispy plume appearance. This plant does not get as full or bushy as the foxtail type, but it does have a much more exotic stature, spreading much wider if allowed.

There are other types, but they tend to be on the rare side only because they are not as popular. These can often be found at botanical garden and arboretum plant sales.

Should a stem ever become thin or unsightly, simply trim it off at the base, and a new one will replace it in several weeks. The new stems emerge as tiny spikes and look exactly like an asparagus spear that you’d buy in the market, just in miniature, and a stem can grow a foot in a few days, then unfurl.

During the summer, any of these plants will adore being outside in semi-shade, and all of them can be grown in hanging baskets with all types now being used with annuals and tropicals in seasonal planters.