Winds A Danger To Hedges Banks 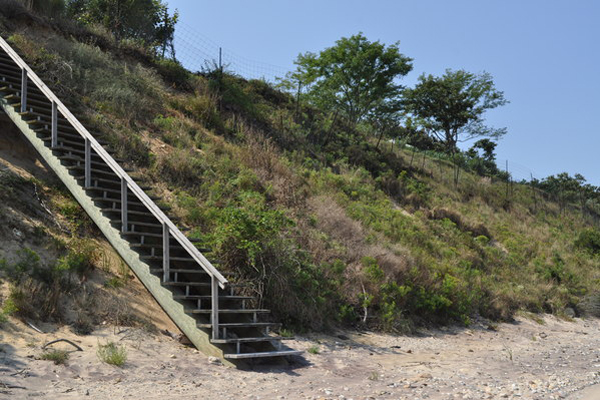 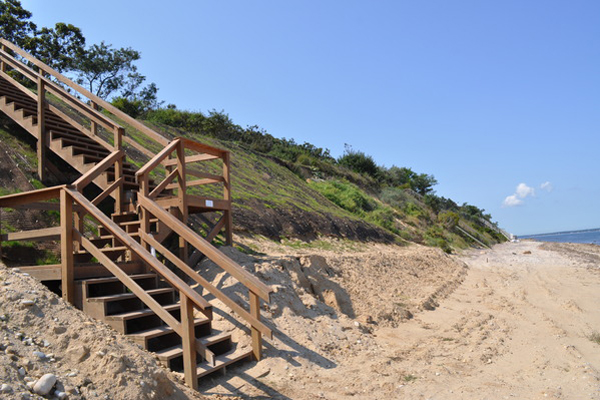 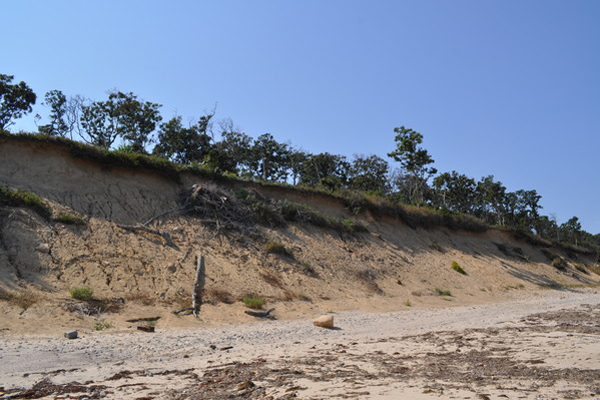 These trees don't have much holding them upright. Elizabeth Laytin 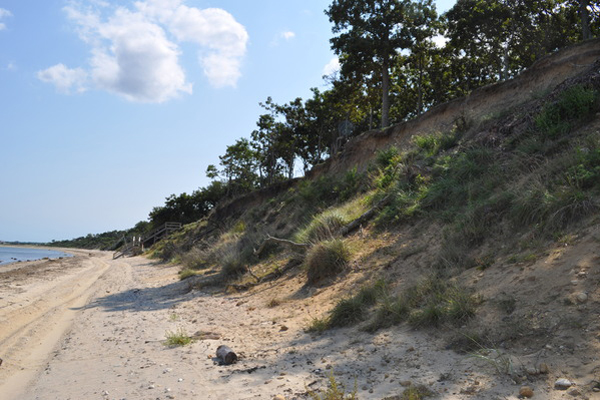 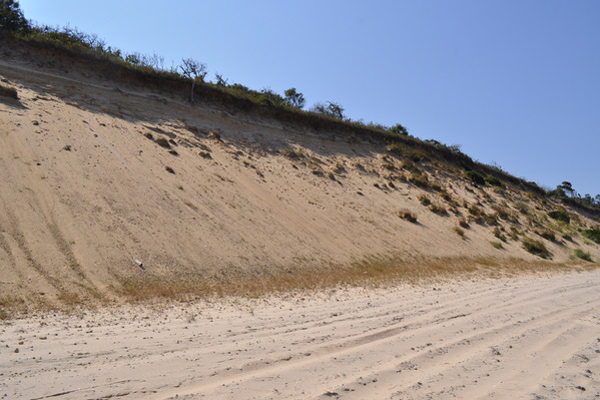 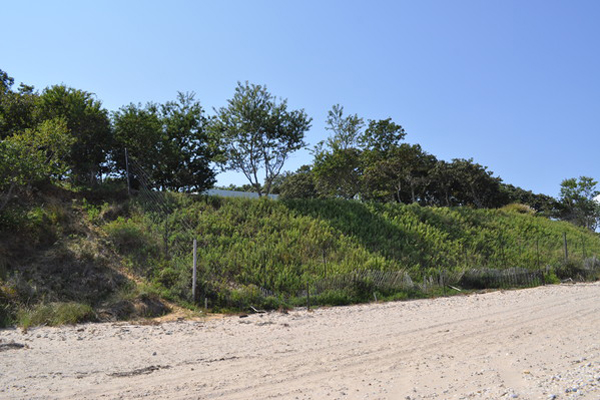 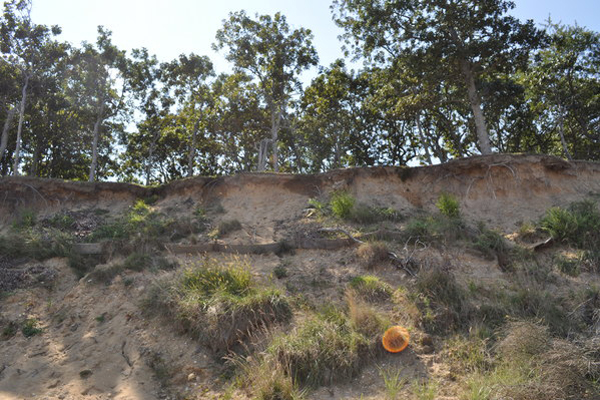 The edge of the banks. Elizabeth Laytin 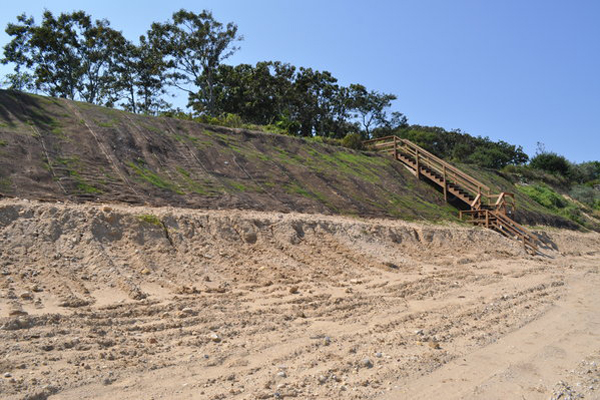 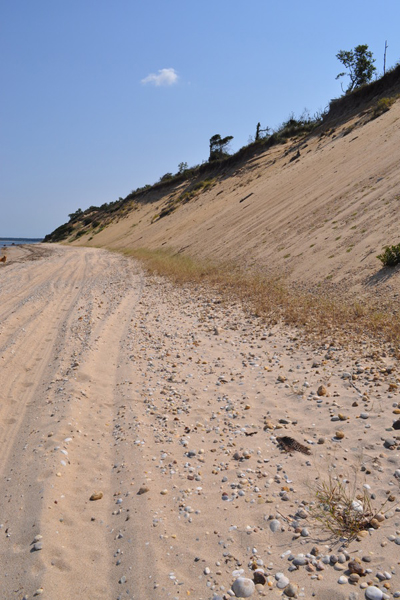 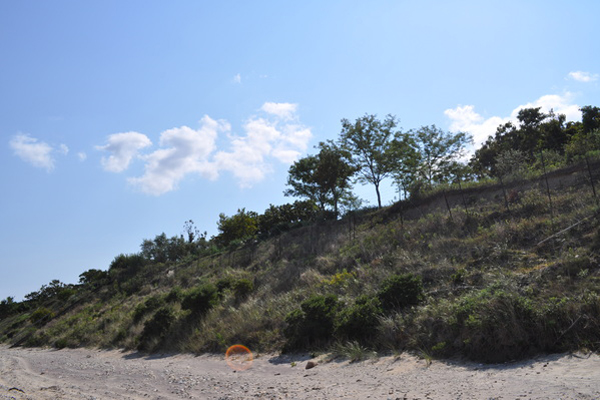 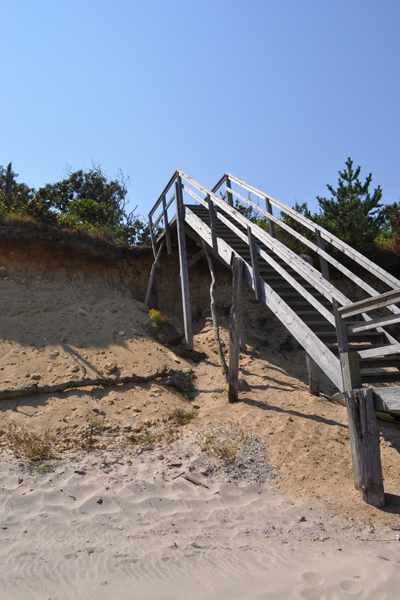 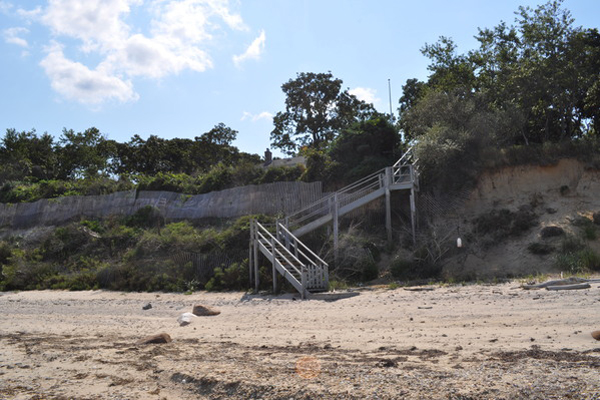 A protected home on the left. Elizabeth Laytin 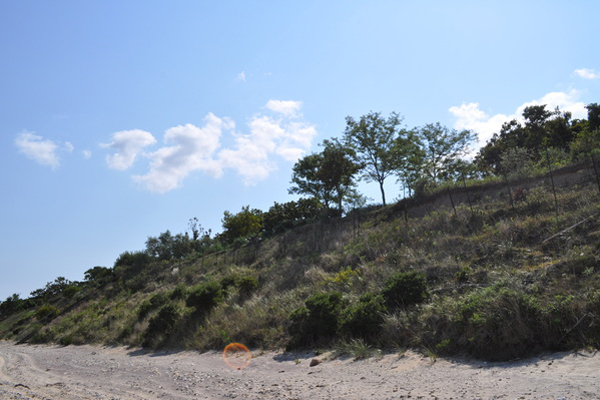 View from the beach. Elizabeth Laytin 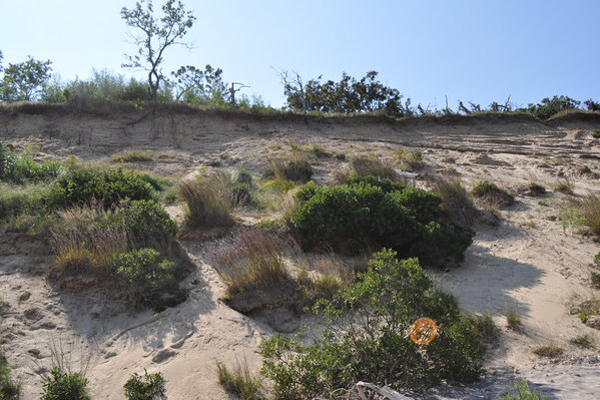 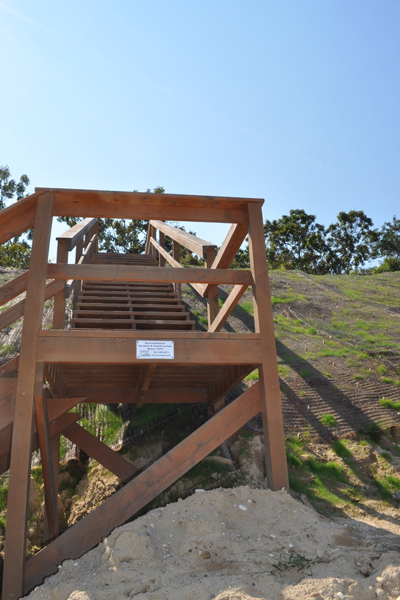 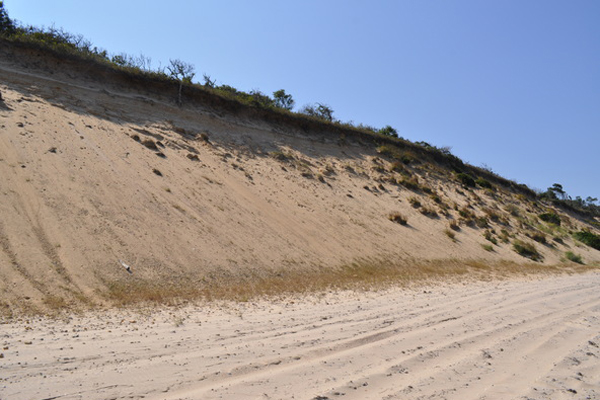 The fall winds whip through the remaining trees standing precariously at the top of 40-foot-high cliffs along Gardiner’s Bay.

Homeowners along this stretch—known as Hedges Banks—in the Northwest Woods of East Hampton have been struggling for years to find a solution to the erosion. But Mother Nature has a plan to tear away at the roots, the lawns and the frail grasses that line the edge of the precipice.

“It’s got a good rate of erosion,” said Laurie Wiltshire, president of Land Planning Services. “There have been multiple attempts at soft solutions: plantings, biologs,” she said, describing methods homeowners use to protect the cliff from further deterioration.

Materials such as natural fiber, environmentally-sound organic matter, ropes and string are typically used. When these solutions fail, it is particularly distressing, Ms. Wiltshire said.

“These projects aren’t cheap, especially because it’s tall,” she continued, referring to the cliff. “Ultimately a hard solution will need to be used.”

“The way you approach bluff erosion is guiding principles,” he said. “Execute a project for a measured level of stability.”

He begins each plan with research, he reported.

“Where are the waves coming from? Is sand being blocked from coming in? ... The basic fundamental dynamics,” he said, adding that a storm with high winds takes the highest toll.

Getting approval involves obtaining five permits: from the town, the Trustees, the state’s Coastal Management Program, the Department of Environmental Conservation and the federal Army Corps of Engineers, Mr. Terchunian reported.

“Every (permit) has to say the same thing,” he said.

Shoring up is limited to primarily soft solutions because hard structures, such as seawalls, are nearly always prohibited. To stabilize the slope in the Hedges Banks area, First Coastal chose coconut jute matting and installed plantings throughout each of its individual squares.

Billy Mack, a partner at First Coastal, always chooses plantings that are native, he said.

He said the area is very exposed to intense wave activity from the northeast, even though Plum Island does provide some shelter from storms.

“Bluffs fail because of toe undercutting,” he said, adding that the top of the cliff is susceptible to falling in on itself. “The overburden is heavy, especially if it is wet.”

“Lawns that go all the way to the edge of the bluff have less of an irrigation system,” he said, adding that trees leaning over from the lawns along the top of the cliff are likely to go over in a storm, though leaf cover and other vegetations helps to keep the land intact.

Mr. Frank reported that there is an “expedited natural resource permit,” requiring no public notice or hearing.

He agreed that hard structures are not good solutions, because they “frequently are going to react with volatility,” and bulkheads, rock revetments and seawalls result in “accelerated erosion on either side.”

“Once you place a structure, you change the dynamics of the area,” he explained. “Waves scour where structures end and in front of it.”

The cost of doing nothing is severe: recent severe weather toppled the trees that were at the cliff’s edge, creating a graveyard of caving sand that is bare to the winds and the waves. Elegant staircases end mid-air, the beach that once supported the bottom steps washed away.