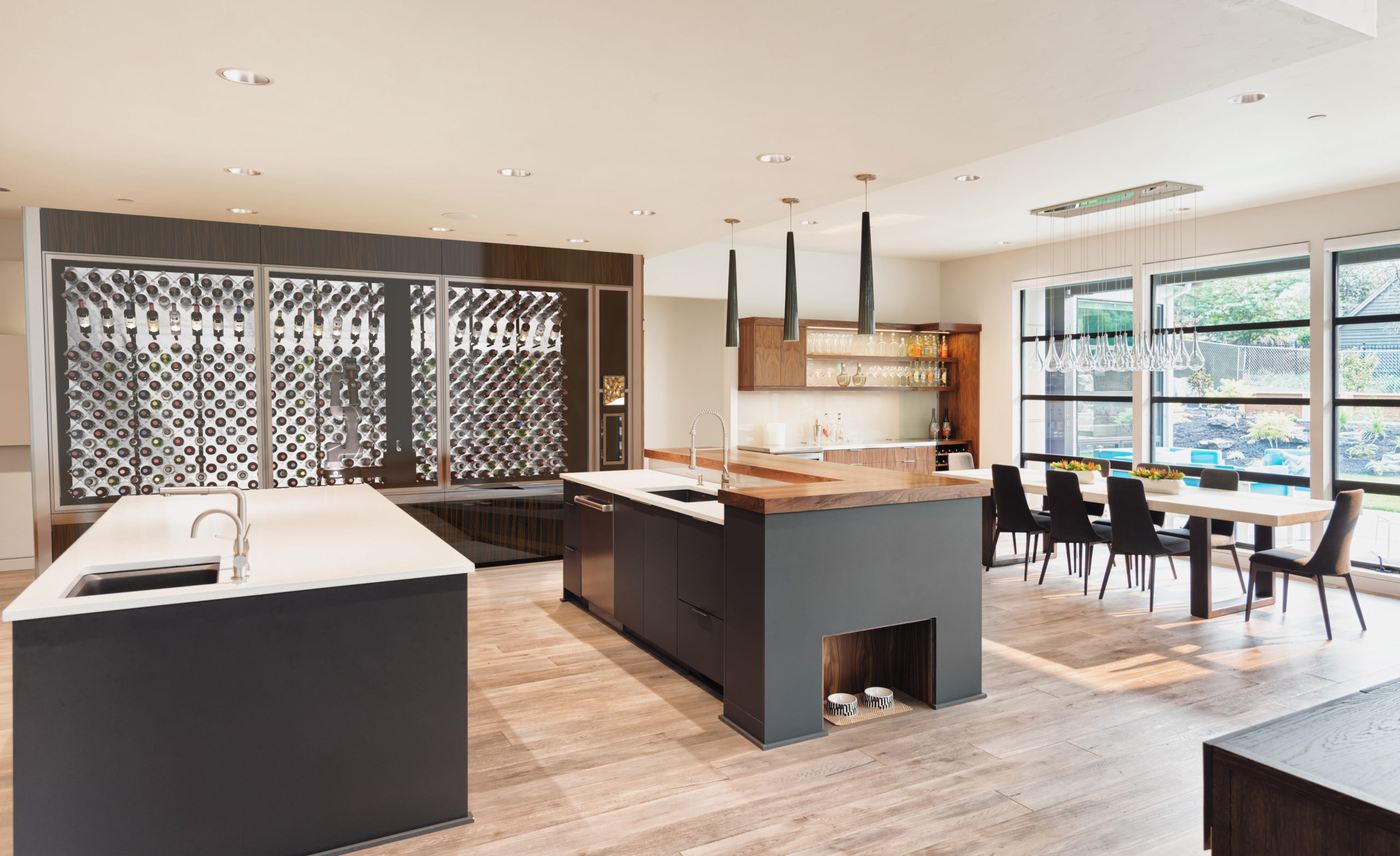 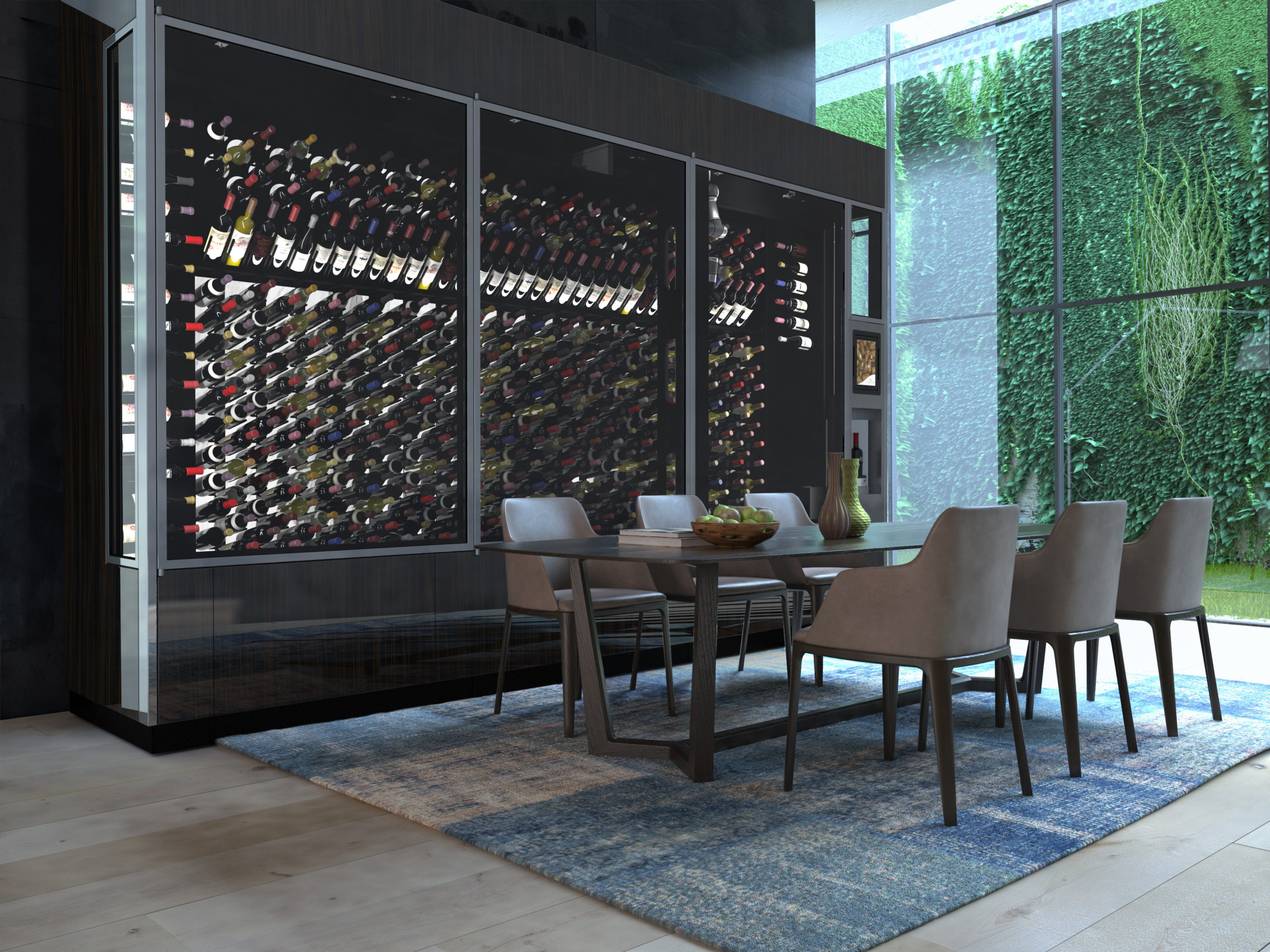 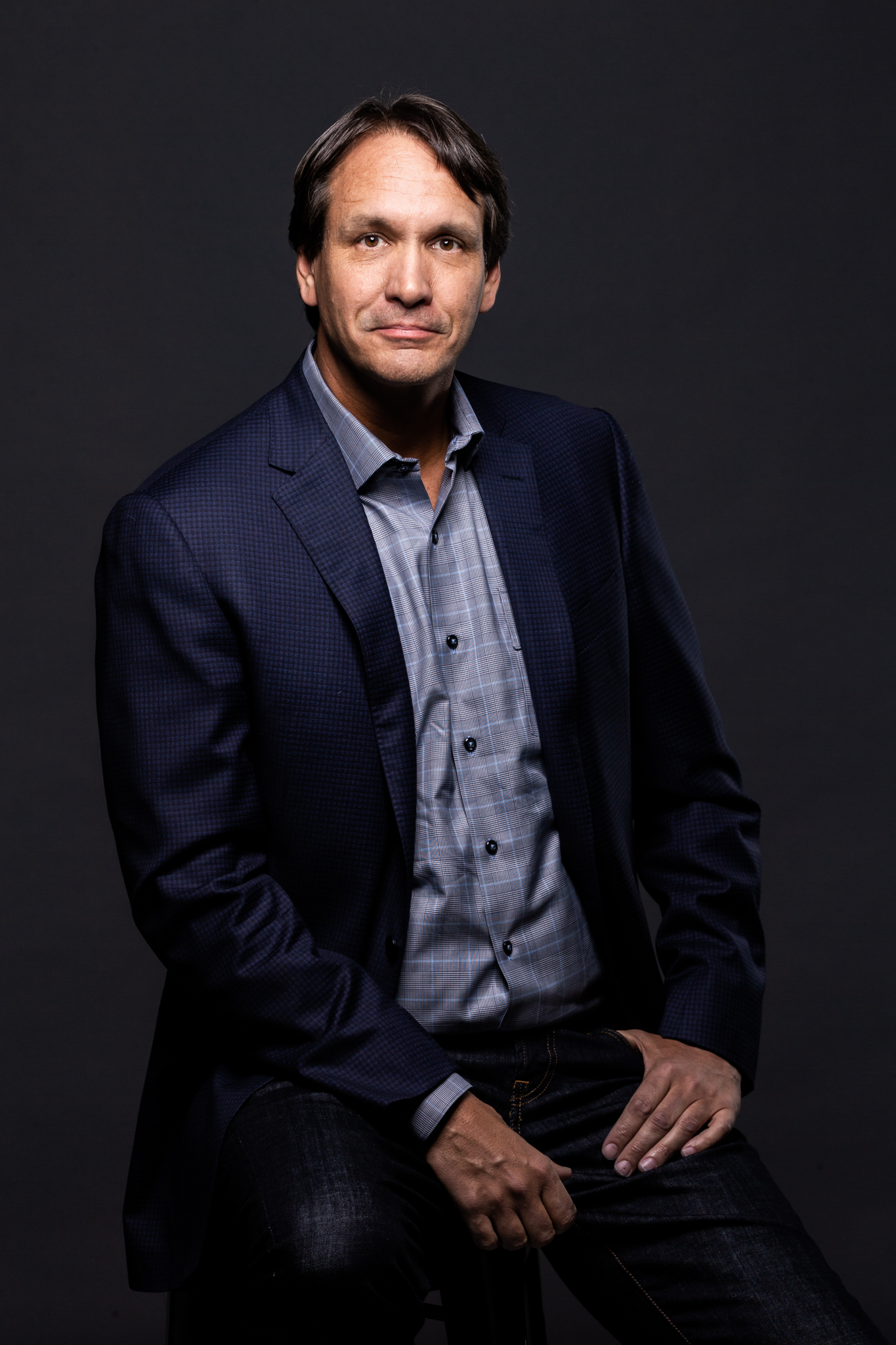 Four years ago, robotics innovator Mark Chaney was diagnosed with cancer and told he had to remain home for six months.

“It ended up only being for about two and a half months, but I was so bored I was going crazy,” he recalled during a recent interview.

To keep himself busy and his mind stimulated, he began thinking up inventions for home automation. As the founder of Calvary Robotics in Rochester 26 years ago, he’s developed manufacturing, assembly and packaging robots across industries, from automotive and electronics to energy and health care, but while homebound, he wanted to design something for himself. He calls it a labor of love.

“I wanted a wine cellar that scanned all the bottles and had all the information about it,” he said. “I wanted it to automatically reorder when things were low. I wanted to be able to tell the story about wine and have an AI system that would help coach me through selecting wines and sort of make me an expert — because I was not, at all.”

The idea would also advance his goal of putting the first robotic arm in the home.

“I thought this would be an amazing centerpiece for the home because when people see it operate, it’s captivating like nothing else,” he said.

In 2018, Mr. Chaney launched WineCab to turn his idea into a product, and five months ago, a beta model, the Curio, was installed at the Crescendo Designs home technology showroom in Southampton.

Crescendo Designs Vice President Mike Brody and design associate Joe Harris recently showed off how it works. Up to 24 bottles can be placed in a drawer to be loaded in under seven minutes. The high-speed robotic arm picks up bottles one at a time, and cameras scan and identify each bottle. The arm places bottles onto racks, with their labels facing out, and an artificial intelligence system catalogs the new inventory.

Using an iPad as a touchscreen, users can browse the entire collection, bring up a selection of favorite bottles and recent additions, or ask for a specific bottle. They can also input what they plan on having for dinner and how expensive of a bottle they would like to enjoy, and an AI sommelier will give a recommendation.

The arm will retrieve the bottle, display it, and if accepted, place it in a window where the user can retrieve it. For a white wine, a quick-chiller will bring the bottle to the desired temperature for serving within three minutes.

If a favorite variety is running low, the WineCab software will place an order for more, and it also offers owners the option to password protect certain bottles.

Mr. Brody said the system is great for wine collectors who sell and trade wine because WineCab will keep them more in tune with the wine industry and allow them to be the first to purchase cases of new releases.

WineCab has partnered with Delectable, a wine app, to maintain an up-to-date database of wine, including reviews, tasting notes and average price.

“They probably have the most labels in the world right now,” Mr. Chaney said of Delectable and its database. “By individuals taking pictures, sending them in and sharing information, they got millions.”

If an unrecognized bottle is scanned into WineCab’s system for the first time, Delectable will retrieve the information on it within 48 hours, he said. “That’s everything from the country, the region, the winery, what the critics are saying about it, what its rating is, best foods to pair it with — whatever information is available.”

However, WineCab’s products are not intended to replace humans, as WineCab offers a service to have a local sommelier come to help restock when the inventory is low. Owners can also schedule a live sommelier or chef to conduct a tasting via the built-in iPad or another device.

“Hopefully, it will put people in way more touch with their local sommelier, master sommelier, which most people aren’t,” Mr. Chaney said.

WineCab can also send owners push notifications to their phones every day with a diagnostic report that notes the temperature, the humidity and everyone who has accessed the collection using facial recognition or a PIN.

In addition to the Curio on display at Crescendo Designs, there is a second on the East End that’s located at the Bridge Golf Club in Noyac. Both are being replaced with a Wine Wall, which comes in 6-foot, 11-foot and 15-foot models, with prices starting at $179,000. Each is about 10 feet tall, and the biggest holds up to 600 bottles.

Mr. Chaney said the Wine Wall units are much more attractive than the Curio beta units and everything about them is better. “We’ve upgraded every single thing,” he said, from the bottle grips, cooling system and lighting system to a faster and more graceful robot. The wood finishes are also improved and are akin to what would be found on a Fendi cabinet or in a Bentley Supersport. “We didn’t want it to look like an appliance,” he said.

In addition to endlessly customizable finishes, the color of the lights in a Wine Wall can be changed on command.

Mr. Chaney compared early adopters of Wine Wall to early adopters of electric vehicles by Tesla: “When Tesla was launched, it was a $220,000 electric supercar. It’s really only people that are wealthy and can afford it, and most technologies are launched that way, whether it’s a cellphone or even TV.”

He envisions that Wine Wall buyers will have homes that cost more than $5 million or $6 million, though WineCab also has a number of partnerships to place Wine Walls in exclusive clubs and chef Daniel Boulud’s Michelin-starred restaurants.

Another plan is to place robotic vending machines for super-high-end wines at private airports, Mr. Chaney said. “The 50 people who frequent the airport the most, their jets, we’ll stock their favorites in there.”

A smaller model for kitchens is planned, retailing for around $85,000, that will be about the size of a Sub-Zero refrigerator. A smaller model is also planned for yachts, but that has a number of design challenges, considering that boats rock and have internet connectivity issues, Mr. Chaney noted.

“We’re really designing to almost perfection,” he said. “It’s a very complicated piece of machinery, and it’ll take at least another year before we’re very confident in a smaller kitchen-sized one that would go in yachts.”

Two years ago, WineCab was at the Palm Beach Boat Show where 26 out of 28 boat owners and boat designers said they would definitely buy one, he said. “It’s a fun feature for them, and they thought it would be amazing for their guests.”

WineCab app features include the ability to have the robotic arm pull down a bottle and put it in front of a camera, so the owners can be hundreds of miles away and still show off a live video of a special bottle in their collection.

Wine Wall is connected to the cloud for automatic app updates. “It’s constantly evolving,” Mr. Chaney said, and if it loses internet connectivity for some reason, it will still run autonomously.

“It’s a really fun product, but it has an unbelievable amount of science behind it,” he said.

A marketing company’s survey found that it is the most popular luxury product they have ever seen, according to Mr. Chaney. As an engineer, he wanted to know if the respondents liked the bottle chiller the most or perhaps the inventory control system. But the survey found it wasn’t a specific technological marvel that they liked. They just thought it was cool and something they could show off, he said. He suggested that it can be a focal point in a home that will get more attention than any piece of art.

The pandemic and the resultant shutdown in Rochester delayed Wine Wall’s launch, but things are moving now. As for Mr. Chaney’s cancer, it is in remission and he reports his health is excellent.

The New York State Department of Environmental Conservation’s annual “Look for the Zero” public awareness campaign has returned to encourage homeowners to go phosphorus-free when using lawn fertilizer. More than 100 water bodies in New York State cannot be used or enjoyed because of phosphorus overuse, according to the DEC, which wants consumers to review fertilizer bag labels for phosphorus content before buying. Fertilizer bags have an N-P-K number that shows the percentage of nitrogen, phosphorus and potassium that the product contains. So, for example, a bag labeled 22-0-15 is a high-nitrogen fertilizer with no phosphorus at all. Nitrogen causes ... 11 May 2021 by Staff Writer

U.S. Senator Kirsten Gillibrand is co-sponsoring legislation to provide a $4,000 tax credit for homeowners, landlords and renters to cover the cost of abating lead hazards in paint, pipes and soil. Under the Home Lead Safety Tax Credit Act of 2021, the credit would be available through 2024 to cover up to half of the cost of lead abatement. If enacted, the legislation would also supplement federal, state and local programs to replace lead pipes that deliver drinking water. “Everyone should have a home that can keep them safe from health risks, yet thousands of New Yorkers and their families ... 10 May 2021 by Staff Writer

It’s a warm, sunny spring day, and I’ve come home to have my lunch on ... by Andrew Messinger