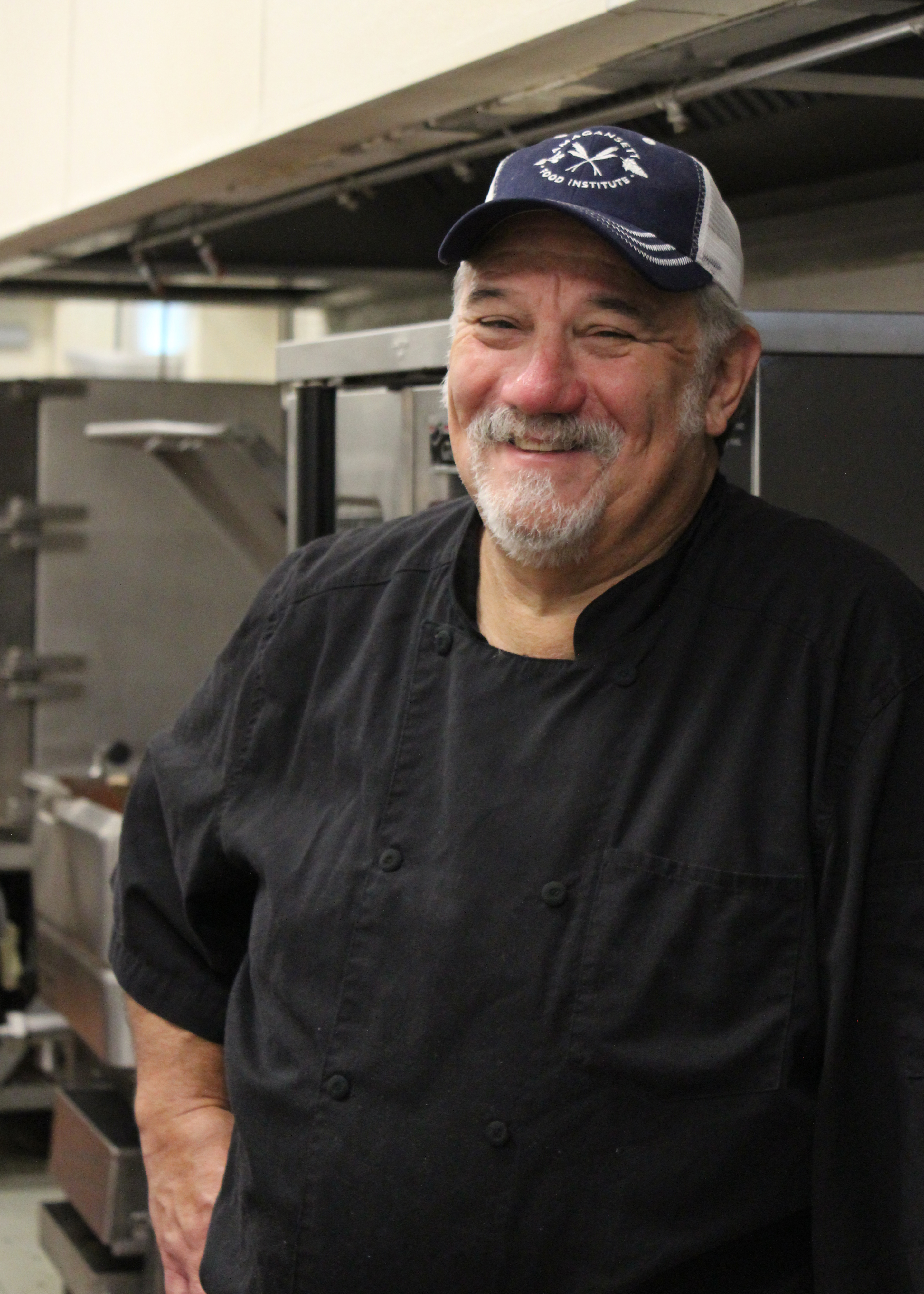 The year has been one of big, exciting changes for the East End Food Institute, which is based on the Stony Brook Southampton campus. In June, the Institute changed its name from the Amagansett Food Institute, signifying a broader context for its mission. And several months ago, the team welcomed Chef Jay Lippin, who has taken on the role of Chef-in-Residence. Mr. Lippin, whose experience extends to an executive chef position at New York City’s The Odeon and Café Luxembourg restaurants, Chappaqua’s Crabtree’s Little House Restaurant, and Sag Harbor’s Baron’s Cove, is also on the board of Slow Food East End.

Mr. Lippin has always had a vested interest in, he said, “trying to help out farmers, help out the food system, trying to get people fresh food… When I left Baron’s Cove, the opportunity to come here was the perfect fit for me.”

He now oversees a multitude of projects, including supplying local food pantries with fresh produce, assisting East End farmers with value-added products, and running the South Fork Kitchens Café which is located at the Student Center on the campus and open to the public for lunch during the week.

People in need rarely have access to fresh produce, since food pantries most frequently offer canned and processed foods; these foods are stable and require little in the way of preparation. But Mr. Lippin is helping to change that relative norm by collecting surplus produce from farms and preparing it for the pantries. That way, he said, “people are able to get fresh, local food instead of processed foods.”

A recent example is of a bumper crop of kale, some of which was donated to the East End Food Institute by Amagansett’s Amber Waves Farm. That kale was then blanched and frozen and will now hold for several months in a food pantry, available to anyone who needs it.

“There are a lot of people in need who are slipping through the cracks,” Mr. Lippin said, noting the Institute hopes to alleviate some of that need.

“We’re finding ways to be able to increase what they’re able to make,” Mr. Lippin said of the local farms. “The goal is to extend the life of produce so that it’s sellable beyond a short window.”

The South Fork Kitchens Café, which is open to the public five days a week, is also benefitting from Mr. Lippin’s expertise. The restaurant always features a vegan item, a salad, and type of sandwich, Mr. Lippin said. The café is vigilant in its support of local farmers. For example, macaroni and cheese, a recent menu item, features cheese from Bridgehampton’s Mecox Bay Dairy.

“We’re cutting down on the carbon footprint on what we’re processing,” Mr. Lippin said. “Ninety percent of what we’re getting is local; we’re literally getting things that were picked the day before.”

As the season of abundance and pre-winter preparation winds down, Mr. Lippin will direct efforts elsewhere, toward educational pursuits.

“We’re working with some of the local schools,” he said. “Haygound has a program that brings in outside chefs. We’re going to be there in January.”

Mr. Lippin will also oversee recipe development for the East End Food Institute’s South Fork Kitchens line of prepared foods. With a recent grant from New York State, the South Fork Kitchen will be able to upgrade its equipment, as well as increase the volume of its output. Mr. Lippin hopes to increase production of value-added products for local farmers, while spreading the word about the work that the institute is doing.

Chef Lippin adheres to an ideology that matches that of the East End Food Institute. He wants you to know your farmer.

“Ask questions, and make sure it’s a reputable purveyor,” he said. “Know who you’re buying from. Don’t be afraid to ask questions.”

As for his specific role in broadening the East End Food Institute, Mr. Lippin was aspirational.

“We’re really seeing where the position can go and grow,” he said. “We want to get more exposure and help more people.”

To learn more about the organization, visit eastendfood.org.