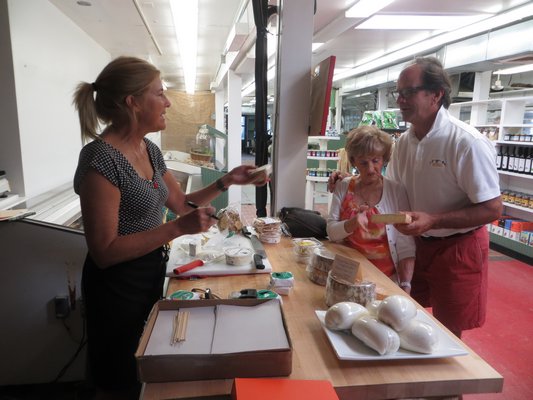 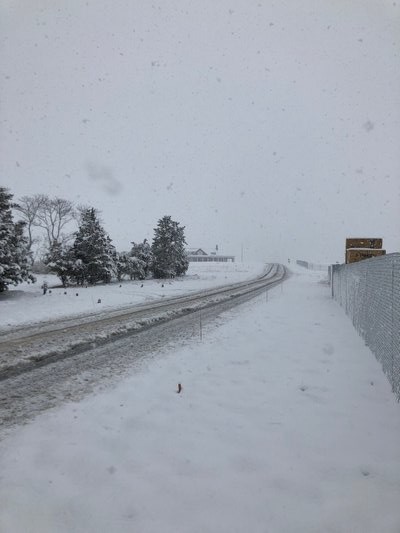 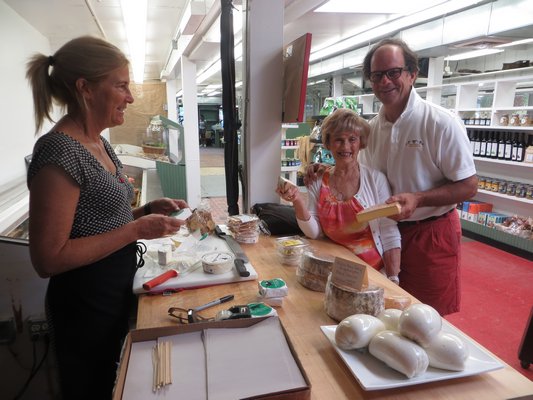 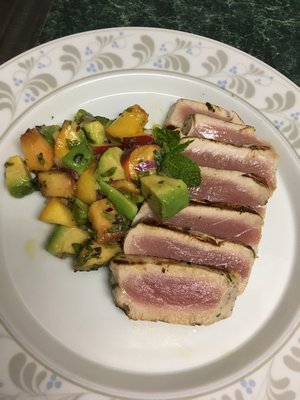 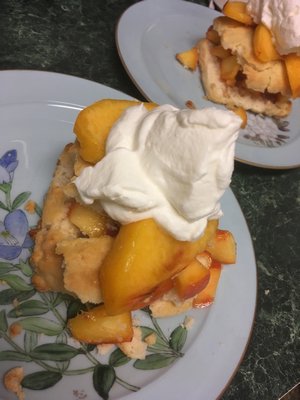 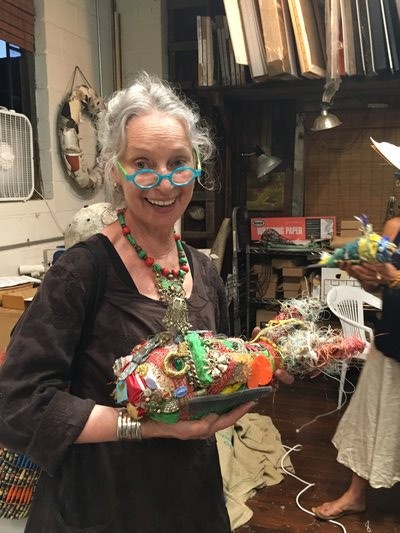 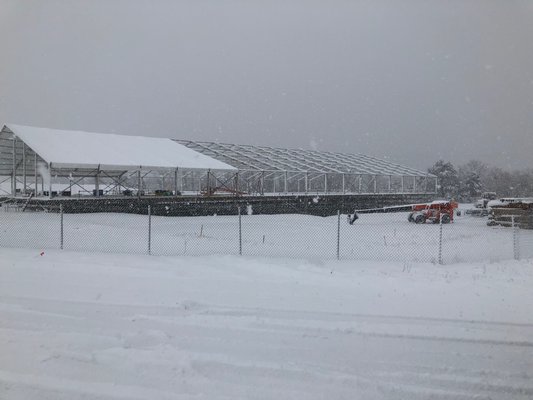 There was a steady hum of enthusiasm Saturday morning, as residents and vacationers milled about the newly opened Amagansett Farmers Market. Bikes were perched against the low green building, pets led their dog owners around and families settled in the outside sitting area, enjoying their food in the open air.While many recalled the bygone years when the farmers market was packed, it was early in the morning—and the season—for any speculation as to the success of a venture that had started only that morning.

“This is the type of vision I want to be part of,” said Lucy Kazickas, owner of Lucy’s Whey Creamery. Sourcing cheese from all over New York State, Lucy’s Whey runs a stand out of a corner of the market, offering shoppers samples and suggestions. “I like the idea of a market that showcases farmers and producers, said Ms. Kazickas. "I like the community aspect.”

The building, which is owned by Margaret De Cuevas, is leased by the Peconic Land Trust to the Amagansett Food Institute, a nonprofit that aims to support food producers on the East End. After a selection process this winter, the institute was granted the lease in March and signed it in early July. Eli Zabar, New York owner of restaurants and specialty food chains, had held the previous lease for six years.

“We are not sourcing from New Jersey, we are sourcing local,” said Kim Donahue, who is managing the farmers market for the Food Institute. She said that their existing network of 42 food producers on the East End provided a good directory, although the market is open to all local producers, not just members.

Whenever possible, the Food Institute wants to feature local agriculture and food producers, whether it be fruit from Briermere Farms, Gula Gula Empanadas, Mi-Sook Ginger Tea or Carissa’s Bread.

“We are excited to be able to give a retail space to our local food producers,” said Ms. Donahue, noting that one of the benefits of selling through the Amagansett Farmers Market is that producers do not actually have to set up a stand and be there all day.

Aiming for a market experience where shoppers can find everything they would need for “balsamic roasted potatoes,” the market also features staple food products from New York State like olive oil, homemade pasta or nut butter, despite the fact that these goods were not made on the East End. When sourcing from elsewhere in the state, Kathleen Masters, executive director at Amagansett Food Institute, is clear that they are looking for “small batch producers.”

This focus on local has many old-time market-goers happy. Wendy and Mike Nadler, who have been visiting the Amagansett Farmers Market for “more years than they want to say,” love taking kids there as well as stopping in for vegetables on their way home to Napeague. They said they felt that when it was operated by Eli Zabar, the market was “like New York City.”

“I didn’t care for Zabar,” said Estelle Cohen of East Hampton, who has been spending her summers on the East End for many years. “Before Eli took it over, it was fabulous. It was a landmark, a fixture. Eli took it over and ruined it.”

A portion of the market will be dedicated to educational programs for all ages, with this season’s theme being food waste. Programming includes lectures given by local producers as well as information interspersed throughout the market that either explains types of produce or tells the story of a farmer.

According to Ms. Masters, the educational component will place “emphasis not on history but on what is happening today so that people understand the stresses of farming on the East End.”

Ms. Masters hopes the market will help to “keep farmland in production by supporting local farmers.” Although it is too soon to speak of the success of the re-opened market, she said that so far they have received positive feedback.

“There’s been a good deal of excitement to be open again,” she said the first day.

The Amagansett Farmers Market will be open from 7 a.m. to 6 p.m. Thursday through Tuesday. They hope to be open through the Christmas season and plan to re-open in April 2016.