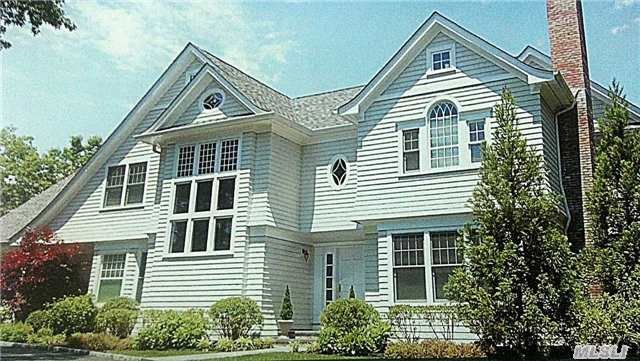 Gotcha, Jeff Rossen! The intrepid NBC News reporter is known for getting the goods on the unsuspecting targets of his investigations. Our turn: He and his wife, Danielle, have just purchased a home in East Quogue, paying $1,560,000 for the property on Candace Drive.

The post-modern house, on a little more than an acre, has 6 bedrooms and 7 bathrooms and an eat-in kitchen, formal dining room, home office, and, appropriately for a media couple, a media room. There are three fireplaces for those chilly winter nights and an in-ground pool outdoors for those warm summer days. The purchasers arrived at a good price because it had come down more than $400,000 since it was first listed at the beginning of 2016.

The 40-year-old Mr. Rossen hails from Hauppauge on Long Island and graduated from the S.I. Newhouse School of Public Communications at Syracuse University.

He began working as an on-air reporter in the Syracuse area then worked for a Fox affiliate in Detroit. His first break in New York City came when he was hired by WABC-TV in May 2001. Mr. Rossen continued to work for ABC in various capacities, including a segment on Eyewitness News titled “What’s Bugging You?” and he can be seen in “Bowling for Columbine,” the Michael Moore documentary.

He moved over to NBC News in September 2008. That network has kept him busy as an investigative reporter for “The Today Show” and “NBC Nightly News with Lester Holt” as well as the occasional anchor gig on “Weekend Today” and on MSNBC. He also leads the “Rossen Reports” investigative unit which allows him, according to NBC News, to “appear on all platforms.”

Danielle Rossen is no slouch in the TV department either. She has served as a senior producer for ABC News. She and her husband received some unhappy media attention in 2012 when her father was killed by a car that had run a red light in Manhattan. Rubin Baum and his wife, Denise, were trying to hail a cab—ironically, they had met 40 years earlier when they shared a cab ride.

Danielle Rossen has also received some attention for discussing efforts to balance her busy career with raising two young children. When she was profiled in 2015 by TVNewser, she was the executive producer for four shows on four networks: ABC’s “What Would You Do?,” ABC Family’s “Next Step Reality,” HGTV’s “Flipping Moms,” and Travel Channel’s “Watt’s World.”

How does she do it? “I’ve assembled a strong inner circle to help me keep the machine running,” Ms. Rossen told TVNewser. “I love the challenge and wouldn’t have it any other way. Bring on show number five.” And a house in East Quogue.