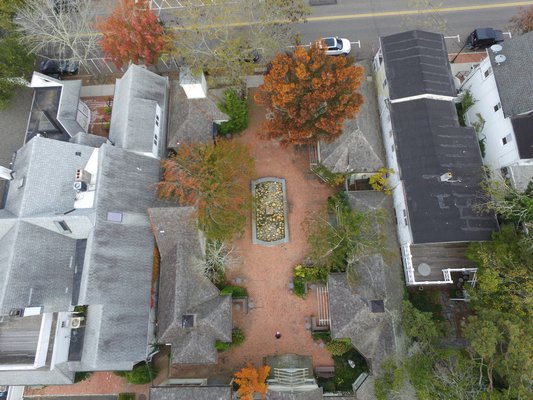 The courtyard on Jobs Lane. DCIM100MEDIADJI_0148.JPG 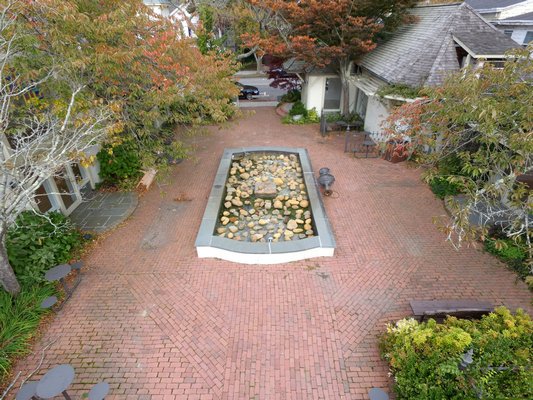 The courtyard on Jobs Lane. DCIM100MEDIADJI_0160.JPG 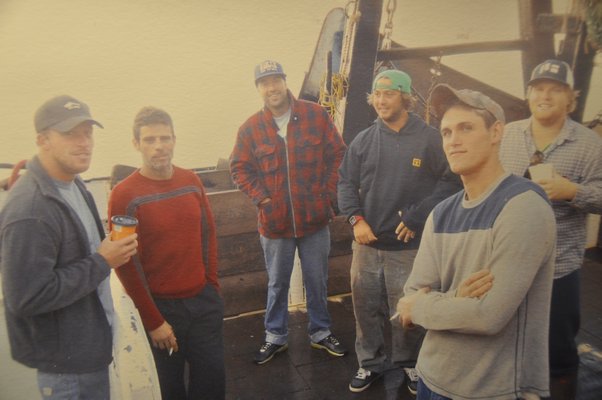 Wendi Blair created the exhibit, "A Tribute to All Fishermen," by compiling a selection of photos taken on the Montauk docks since 2006. MICHELLE TRAURING 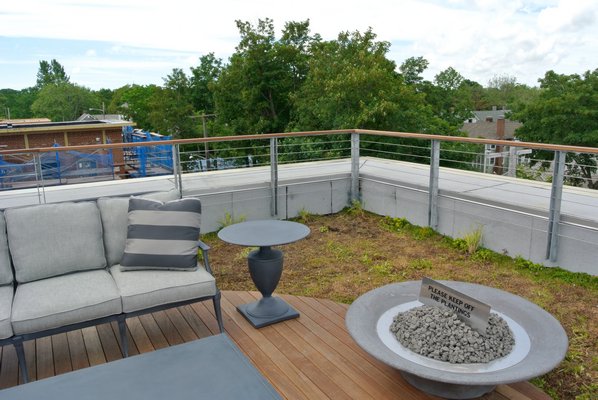 The view from one of the Watchcase Factory loft penthouses. DANA SHAW

The owner of a Jobs Lane property in Southampton Village has withdrawn a contentious proposal to demolish the brick courtyard on the property to make way for a pair of commercial buildings.

In a letter on behalf of East End Holdings LLC, which is the listed property owner, Southampton attorney Gil Flanagan said his client “for multiple reasons” has decided not to pursue the project.

Today, the courtyard is closed off to the public with a wooden fence. All of the shops inside are empty. A fountain in the middle of the courtyard was removed last year.

Mr. Flanagan did not respond to requests for clarification on what will become of the courtyard and the rest of the property.

First proposed in 2017, discussion of the developer’s bid to construct a two-story building, which would be twice the square footage of the existing cluster of retail buildings nestled in the courtyard, ignited a year later, when some community members rallied to save the courtyard.

Opponents—led by the Southampton Association, a local citizens group—claimed the private courtyard was an important community resource in the midst of the business district, and that the aesthetic of the proposed retail building wouldn’t be in keeping with the character of the village.

Even though the Village Planning Board advanced the proposal in July, noting that it had no significant historical or environmental impact, tensions mounted when Board Chairman Alan McFarland delayed approval of a site plan when Susan Madonia, who operates Ann Madonia Antiques next door to the proposed new building, said construction would damage her property and have a significant impact on her economically.

In September, the East End Disabilities Group, a nonprofit organization that holds municipalities accountable for breaches of civil rights, contended that the proposed development didn’t not comply with the Americans With Disabilities Act.

Federal law prohibits discrimination against people with disabilities in public and private spaces. The nonprofit’s chairman, Glenn Hall, said the front entrance did not give all members of the community equal access. Two weeks later, a memo was circulated to board members stipulating that several changes to the property were needed to meet requirements.

Ms. Madonia also submitted a petition with more than 550 signatures, with “thousands more made online,” asking the board members to reverse their determination. The board quarreled with Ms. Madonia, who said the Architectural Review and Historic Preservation Board was not appropriately involved with a project. Village Attorney Elbert W. Robinson defended the actions of both boards.

Then, discussion stopped. Mr. Flanagan asked the board to adjourn the application at several meetings in an effort to tweak the plan, but now the plan has been pulled altogether, with no indication what will follow.

During one of the numerous public hearings held on the plan, Morley Quatroche Jr., the property’s leasing agent, said that he had leased 36 seasonal pop-up stores in the courtyard in the past decade. He said those temporary shops have hurt the business of full-time tenants who pay rent all year-round, making the retail courtyard a hard sell.

Mr. Quatroche and the property owner—as well as Mayor Michael Irving, who touted the plan in 2017—have said that the retail configuration would attract better foot traffic to the stores on Jobs Lane than the courtyard layout, and would promote more stable leasing.

As for what will happen to the property, according to the Building Department, the owner is allowed to put up a temporary construction fence to take up the bricks on the grounds of the courtyard, which are not subject to a demolition permit.

Mr. Quatroche could not be reached for comment as to when the stores in the retail courtyard would be able to be leased again. “For Rent” signs are still fixed in the windows facing Jobs Lane.