A Match Made In Heaven: Three Groups Come Together To Feed Those Most At Risk - 27 East

A Match Made In Heaven: Three Groups Come Together To Feed Those Most At Risk 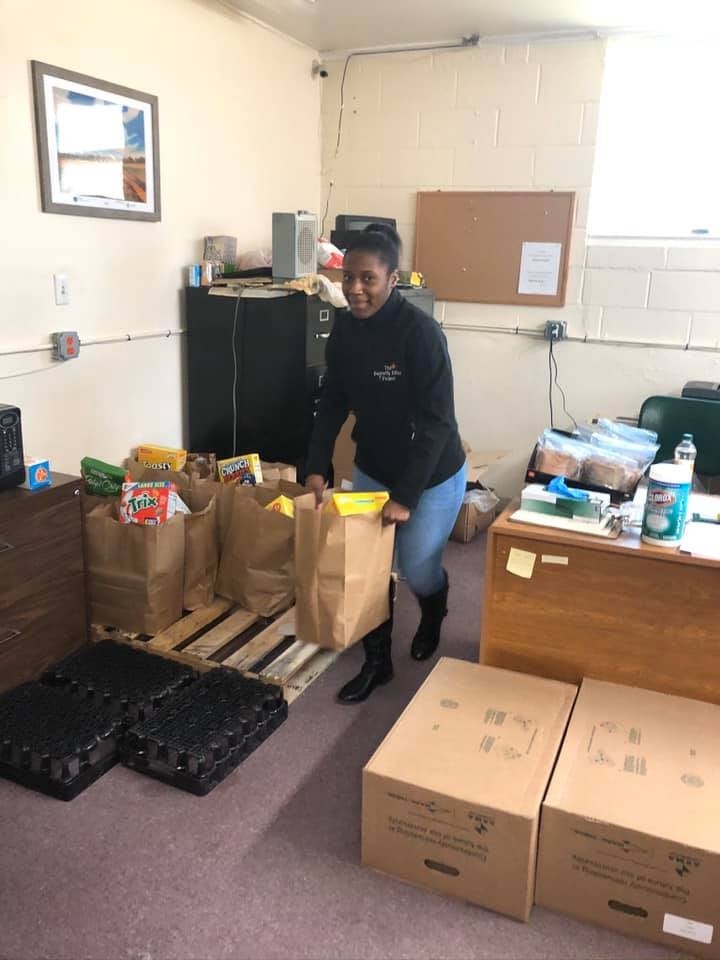 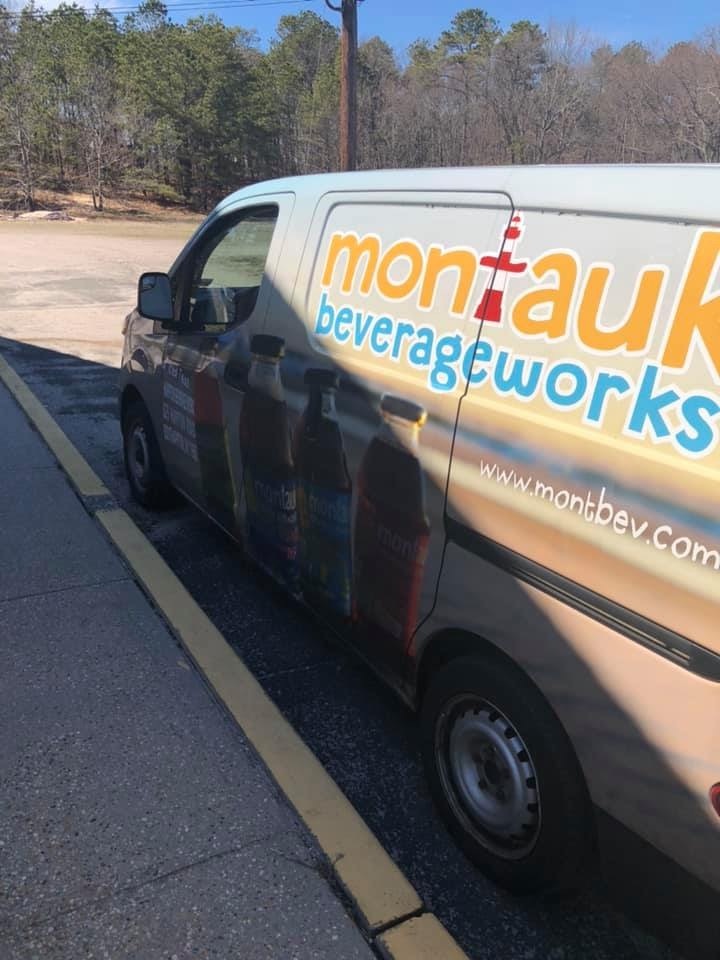 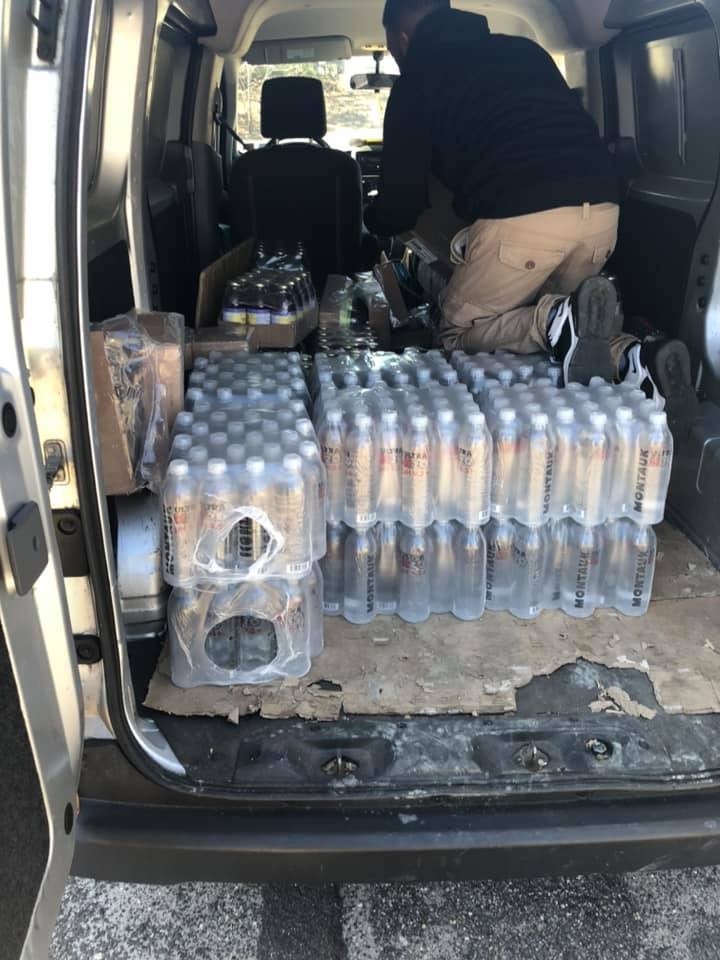 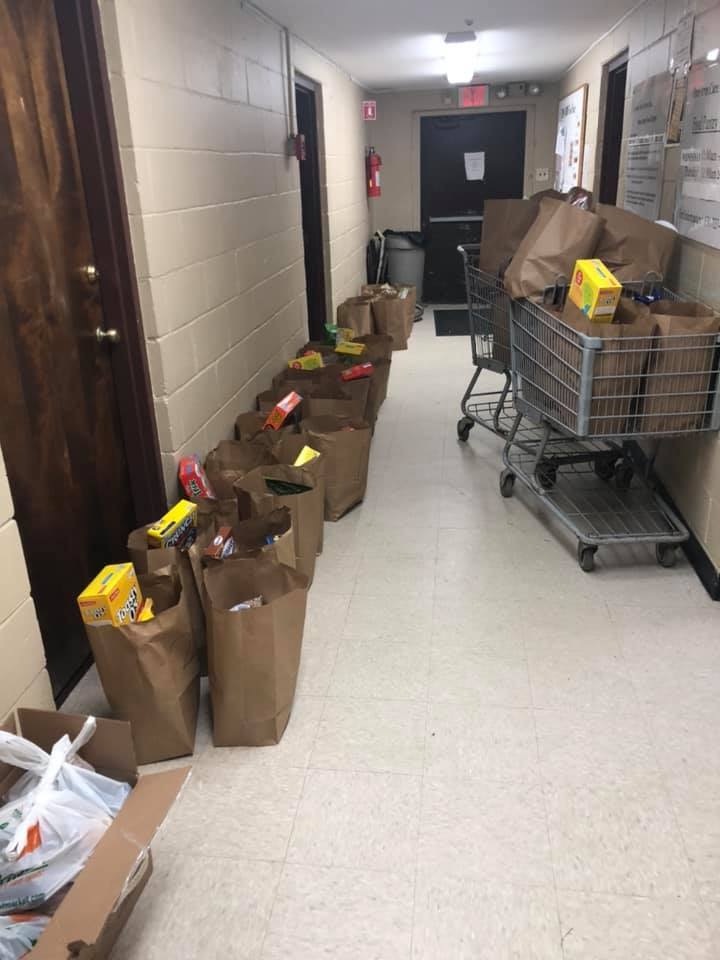 It was a trinity, perhaps, made in heaven.

Three organizations joined together last week under the dark cloud of the growing COVID-19 pandemic to provide food to those most at risk in the Riverhead area.

The partnership, conceived by Michael White, 53, of Hampton Bays, the owner of Georgica Builders and the Montauk Iced Tea Company in Southampton, targeted those most at risk: seniors and people with underlying medical conditions that made it risky for them to go out to get their own supplies. It also helped those who were at risk but couldn’t afford to load up their pantries, as all their neighbors were doing.

Mr. White was joined in his endeavor by Tijuana “Tia” Fulford, who runs the Butterfly Effect Project, a community group of 437 young girls from Riverhead to Islip who work together to broaden each other’s horizons in order to grow into “strong, independent and knowledgeable” women, and the Reverend Cynthia A. Liggon, the assistant pastor at the First Baptist Church of Riverhead, which operates the Open Arms Food Pantry at the church.

Using one of the vans from his iced tea company — and with the help of one of his drivers, Carl Lilavois — Mr. White was able to deliver 42 bags of groceries last Tuesday, March 24, and has hopes to repeat the endeavor every Tuesday going forward, until the current crisis ends — or maybe longer.

“It’s a work in progress,” Mr. White said this week of the effort, which he said he was inspired to launch while seeing reports of the growing number of novel coronavirus cases in recent weeks and realizing that little effort seemed to be focused on protecting the at-risk people. “It just seemed like everything was disorganized. There didn’t seem to be a real effort to quarantine the elderly and at-risk people.”

He said he thought he could help them to, at the very least, have some food on the table. “Instead of stressing about food,” he said. “I thought, ‘Maybe we can do that.’”

He decided to focus on Riverhead, because he figured there might be a greater need — but also because of his previous relationship with Ms. Fulford. His iced tea company has been providing the girls of the Butterfly Effect Project with free iced tea since he formed the beverage distributorship three years ago: The girls sell the tea in fundraising efforts or consume it as a healthy alternative to other drinks.

Mr. White noted that he would eventually like to get to the point where he could donate half the profits from the iced tea company to area charities. “That’s always what I wanted to do,” he said. “Hopefully, it gets big and we can do that.”

Before he knew it, Mr. White was on a conference call with Ms. Fulford and the Reverend Charles A. Coverdale, pastor of the church, on Friday, March 20, and they were off to the races.

“I thought Riverhead would be hardest hit,” Mr. White said.

The organization of the project was fairly simple. The girls from the Butterfly Effect Project put together a list of residents who wanted to have a week’s worth of groceries delivered to them, then mapped out a delivery route. The folks at the food pantry put together the care packages. And Mr. White and Mr. Lilavois made the deliveries to grateful recipients.

“He called here and asked us if we’d assist,” Rev. Liggon said. “It’s part of our mission statement. We were more than happy to collaborate.”

Rev. Liggon noted that the church has been operating the food pantry for about two decades, accepting donations from area businesses to keep it operating. And although the church itself is dark in light of the state’s quarantine directives, the food pantry continues to help those who need it.

“We’re going to keep doing that as long as we’re able,” she said. “It fits in with what we feel we are called to do as a church.”

Ms. Fulford, who runs the girls empowerment group out of the church on Northville Turnpike, said she was eager to help out as well.

“We’re used to adversity,” she said. “It’s another opportunity to come together to help the community.”

The food pantry, she noted, is taking particular precautions to make sure everyone is safe, sterilizing constantly and limiting the number of people in the building at any time to three or four.

Last week’s deliveries were safe, too, Mr. White noted, with the groceries being left outside the recipients’ doors and no one-on-one contact.

The collaboration worked well, Ms. Fulford noted. “Each of us has something to offer,” she said. “We’re able to bring it all together as a team. I’m excited to be able to do it.”

Rev. Liggon agreed that the three groups made a great team.

“We love Michael’s passion and Tia’s resourcefulness,” she said. “We can do this.”

While Mr. White was happy with the results of the endeavor last week, he’s hoping to do even more. He noted that the groceries they delivered were mostly boxed and canned foods — with very little fresh food or protein. He’d like to change that. “We’re going to have to try to get people meat products,” he said.

He’s setting up a GoFundMe page for cash contributions, but knows people are being cautious right now. He’s hoping some of the area grocery stores will chip in, either with donations or discounted bulk prices.

On delivery day, last week, he ordered five pizzas from Rocco’s Pizza On Old Country Road for the volunteers. And while the eatery offered to donate the food, Mr. White said he at first refused but then agreed to split the cost.

“We need to keep businesses in business and keep people fed,” he said.

He also understands that all of the food banks on the East End are overwhelmed right now because of the virus crisis, which is why he wants to raise funds to be able to buy some groceries.

“I want to get ahead of it,” he said. “For two weeks, we are probably good. I don’t know what happens after that.”

Ms. Liggon noted that the Open Arms Food Pantry is open at the First Baptist Church, located at 1018 Northville Turnpike, on Wednesdays and Thursdays, from 11 a.m. to 2 p.m. Staff members will meet those seeking food at the door, evaluate their need and then return with a care package, keeping contact to a minimum.

The church will continue to operate as the need grows, she said.

“When the people were following Jesus, they became weary and hungry along the way,” she said. “Our miracle today is people bring what they have. Watch a modern-day miracle as we feed the people. A lot of churches are closed. I’d like to offer a gentle reminder to those churches that it is our responsibility to feed and clothe those in need.”

The Bridgehampton School’s jack-of-all-trades, Judiann Carmack-Fayyaz, has retired after 16 years at the school and ... by Stephen J. Kotz

It’s hard to believe that it’s already Fourth of July weekend — where has this ... by Alex Littlefield

Supporters of "Hamptons PRIDE" celebrated at the sixteen acres of lush gardens of flora, trees ... by Staff Writer

The Hampton Bays High School Class of 2022 was honored at commencement on Saturday afternoon. ... by Staff Writer
×