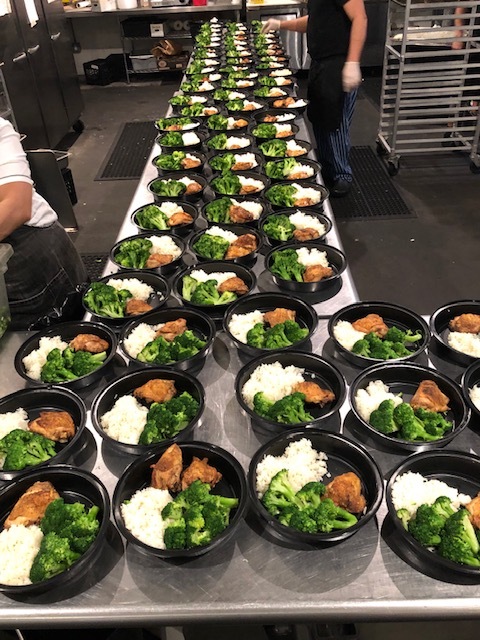 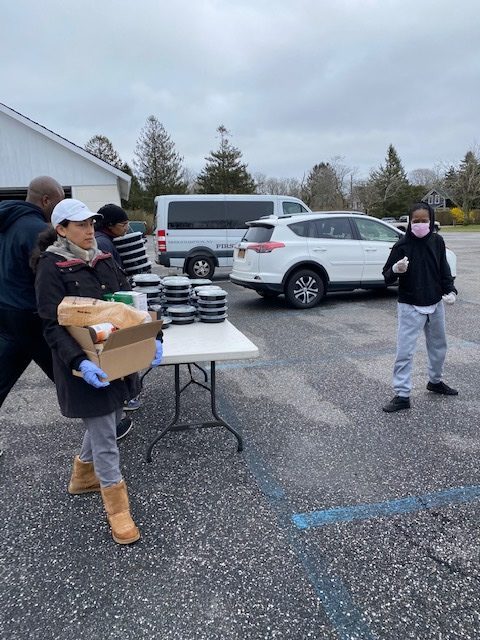 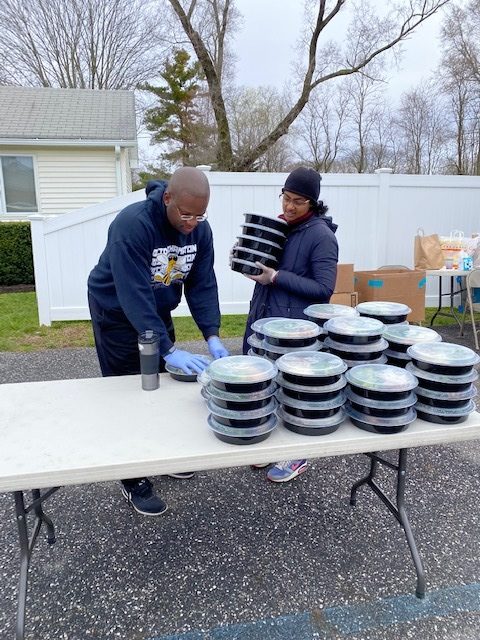 Usually at this time of year, the Hamptons Art Camp is soliciting funds to help underwrite summer camp for children who could not ordinarily afford it. But when the coronavirus pandemic arrived on the scene, it became questionable if there would even be a summer camp this year.

The camp’s director, Marit Molin of Sagaponack, is someone who abhors a vacuum. Rather than sit around and do nothing, she saw an opportunity to help feed the hungry and provide a little business for struggling East End restaurants.

The model is a simple, but effective, one. Ms. Molin has been soliciting online donations or getting on the phone to local foundations she has worked with in the past. With donations in hand, she has called local restaurants to place orders for up to 100 nutritious, but modestly priced, meals.

“Last week we provided 300 meals and this week it will be 400. We want to get bigger and better,” she said on Saturday. “Our goal is to do this for at least 10 weeks; that’s the short term goal. We want to continue as long as the crisis exists.”

This week, for instance, La Parmigiana of Southampton supplied 100 meals, including spaghetti and meatballs, lasagna, and chicken parmigiana, which were distributed to the First Baptist Church of Bridgehampton for distribution through its food pantry on Monday.

Cilantro’s of Sag Harbor had been hired to provide a similar number of takeout portions of tacos, rice and beans, guacamole, and sour cream, for delivery to the Sag Harbor food pantry.

Last Friday, an additional 900 pounds of produce was delivered to the reservation, where it was distributed to tribe members.

Ms. Molin said the effort has been aided by donations from organizations including the Southampton Bath and Tennis Club, the Southampton Lions Club, and the Halsey Family Foundation.

She has also joined the board of Feed the Need, a newly formed public-private organization in Southampton that is dedicated to providing local food relief.

Ms. Molin said she has been aided by a group of volunteers, including Dana and Tal Litvin, Chuck and Linda MacWhinnie, Dan Shedrick, Nicole Williams, Nika Nesgoda, and Hank Muchnic, among others.

“They have been incredibly helpful both in raising funds as well as making arrangements with suppliers and distribution centers,” she said.

In addition, Supplies For Success, directed by Mindy Richtenstein, has provided 300 arts and crafts packets for children, which are distributed with the food to families.

Donations can be made by visiting the Hamptons Art Camp website at www.hamptonsartcamp.org or through Venmo to Hamptons-ArtCamp. For instructions for how to donate by check, send an email to info@haptonsartcamp.org.

Father Alex Karloutsos, who leads the Dormition of the Virgin Mary Greek Orthodox Church of ... 1 Jul 2022 by Michelle Trauring

The Citarella gourmet market chain has partnered with the East End Fund for Children for ... 29 Jun 2022 by Julia Heming

The Bridgehampton School’s jack-of-all-trades, Judiann Carmack-Fayyaz, has retired after 16 years at the school and ... by Stephen J. Kotz

It’s hard to believe that it’s already Fourth of July weekend — where has this ... by Alex Littlefield