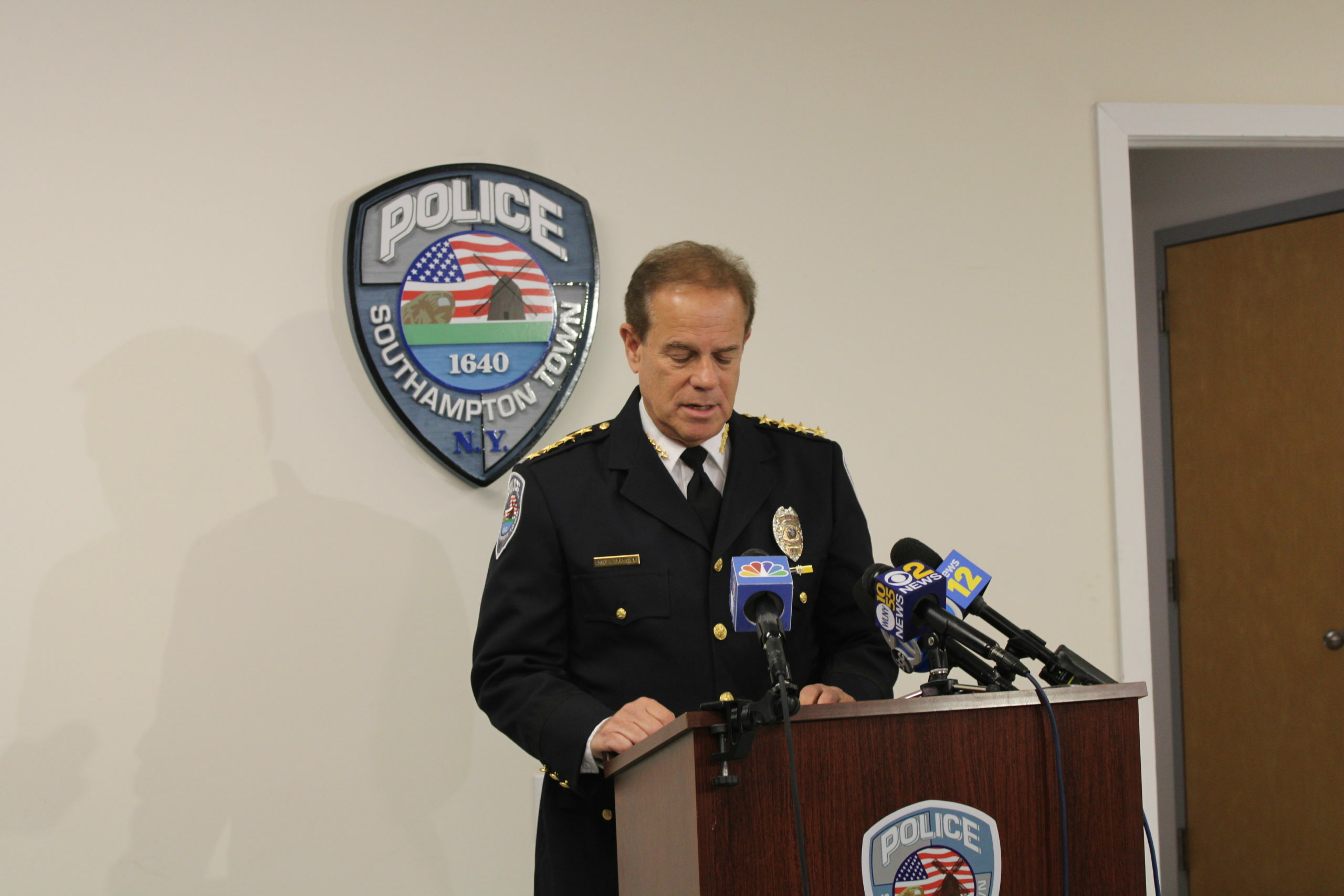 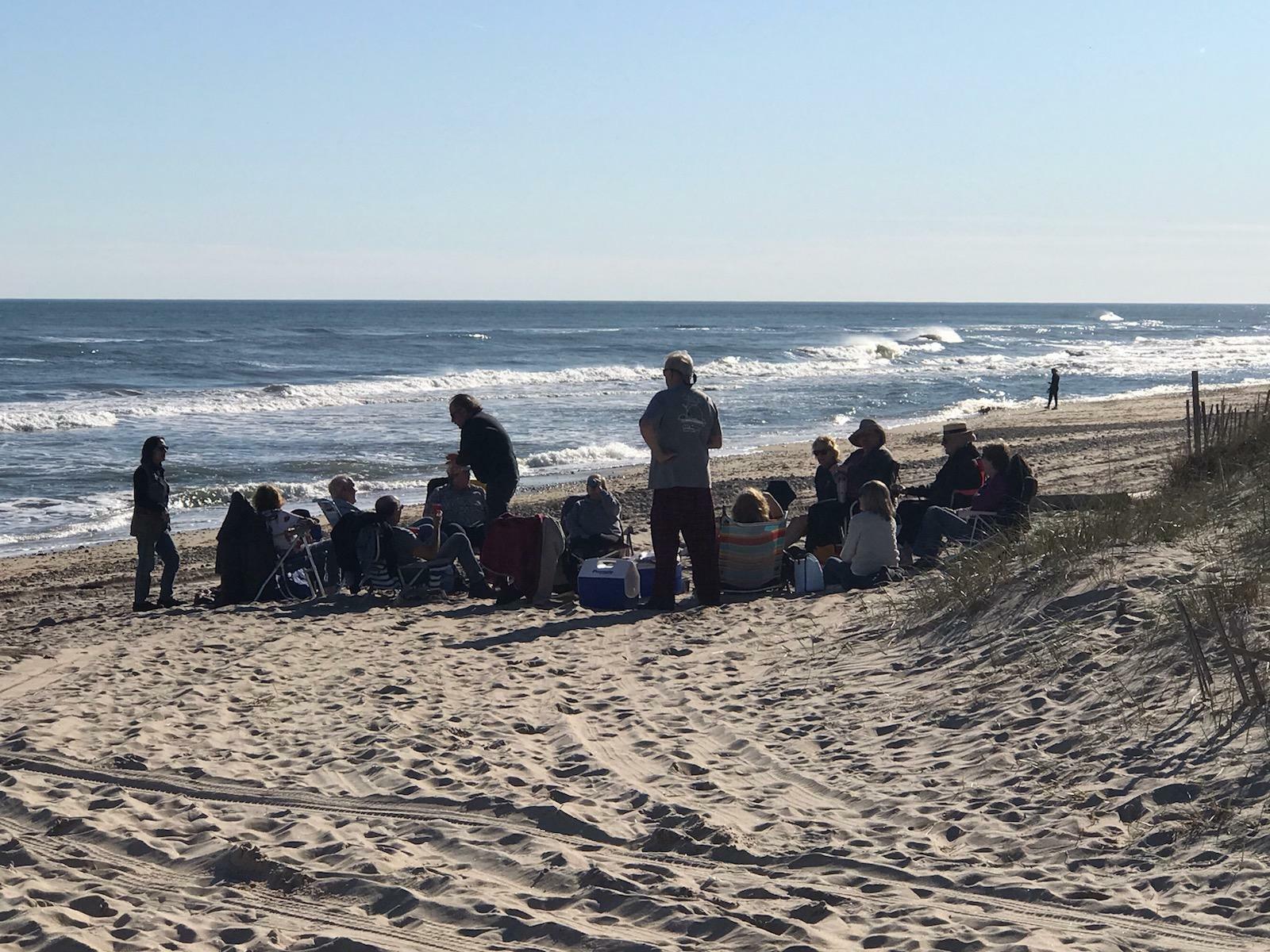 An exasperated East Hampton Town Supervisor Peter Van Scoyoc shared this shot of over a dozen people at a beach party on Ditch Plains Beach in Montauk Friday evening.

They run the gamut from first-degree criminal nuisance, which is a felony, to disorderly conduct, a violation. Unlawful assembly, a misdemeanor, also could be charged if people violate the order banning gathering in groups.

Obstructing governmental administration in the first degree, a felony, was another potential criminal charge on the commissioner’s list.

On March 20, Mr. Cuomo issued the “New York on PAUSE” executive order. Going into effect on March 22, it mandated the closure of non-essential businesses, and placed a ban on all non-essential gatherings of individuals “of any size for any reason.”

Commissioner Hart said that at the outset, police officers would focus on educating the public about the need to disperse or close non-essential businesses. She directed people who see offenses of the PAUSE to call 311.

He said there has been an issue with excessive gathering in outdoor areas, like the track at East Hampton High School. “It’s kids who are cooped up at home,” he said, offering that it’s hard to keep teenagers at home under normal circumstances.

Also, he observed that there aren’t many places for people to go in the area, so gatherings keep re-occurring. Still, when approached by officers and asked to disperse, he said, most people are fully cooperative. “They’ve been understanding,” Det. Sgt. Toia said.

Patrol officers have been briefed daily regarding changes to the state mandates, the detective sergeant explained.

“We’re not out there to arrest people and make the situation worse,” he said.

Asked if he anticipated a time when checkpoints, with officers questioning drivers as to whether they are essential or non-essential workers, became necessary, he said he didn’t see it getting to that point. “Most people have been exercising good judgment,” he said.

“Our guys are out there,” he said. “If you’re going to commit a crime in the Town of East Hampton, you’re gonna get caught. We’re not gonna let this virus stop us.”

In Southampton Town, Police Chief Steven Skrynecki said his patrol officers are also focusing first on educating people about the governor’s executive order. His officers will document warnings to individuals and establishments, and if a violation of NY PAUSE occurs again at the same location or with the same people, criminal charges could be levied.

“There have been a whole lot of changes in the way we operate,” the chief said, “and they are all in the line of keeping cops safe so we can keep you safe.”