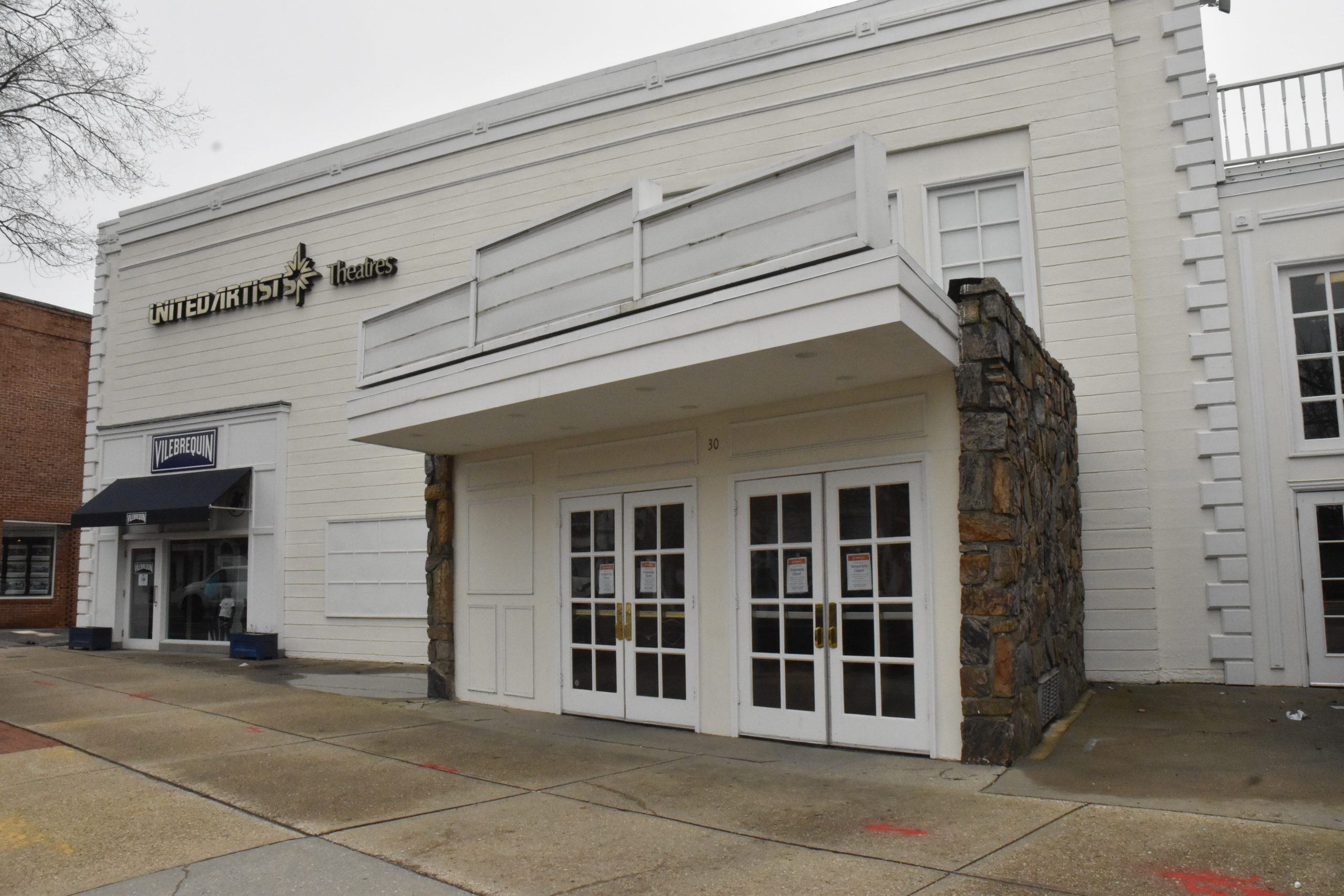 The marquee of the Regal UA Cinema in East Hampton is blank, reflecting its closure in response to the coronavirus criis. STEPHEN J. KOTZ

No matter how you look at it, the nearly $2.2 trillion bailout package passed by Congress and signed into law by President Trump late last month in a bid to stave off long-term economic disaster in the face of the coronavirus pandemic, adds up to a lot of money.

Besides an estimated $560 billion for individuals in the form of one-time checks of up to $1,200 for adults from the Treasury Department and enhanced unemployment benefits, the CARES Act set aside $350 billion in the Paycheck Protection Program to be administered through the Small Business Administration.

With many local businesses forced to close or working in a reduced capacity under orders from Governor Andrew Cuomo, and claims for unemployment insurance skyrocketing as the economy falters, demand for the federal aid has been strong.

Although federal officials have promised swift action in getting money into the hands of business owners and individuals, it’s been clear in these first few weeks that neither the federal government nor the lenders that are being asked to service the small business loan programs are able to turn on a dime.

During an online town hall meeting sponsored by U.S. Representative Lee Zeldin on Tuesday, Robert Piechota, the manager of the SBA’s Long Island branch, promised the cavalry was on the way.

“People right now are panicked, or feeling challenged because their lenders are giving them flack,” he said. “This was thrust on the banks pretty suddenly without too much of a chance to really think about how they can tool their process to accommodate the law, and that is being done very nicely now.”

Mr. Piechota described the economic situation as “an amazing scenario of epic proportions” that is resulting in disasters being declared simultaneously in all 50 states.

Information about the Paycheck Protection Program, which offers loans for up to two and a half times a business’s average monthly payroll and has generous forgiveness provisions, as well as the separate Economic Injury Disaster Loan program, is available by visiting the SBA website at sba.gov. Mr. Zeldin has added a page to his own website, Zeldin.house.gov/smallbusinessassistance, which also provides information for businesses seeking help.

For now, the PPP loans are getting most of the attention. They allow businesses with fewer than 500 employees to borrow up to $10 million. Businesses that agree to retain their employees can qualify to have portions of the money they spend on payroll, employee benefits, rent or mortgage payments, and other fixed costs forgiven. Mr. Piechota said the turnaround time for the PPP loans is from 10 to 14 days.

Mr. Piechota urged business owners to also consider applying for an Emergency Injury Disaster Loan. Businesses can borrow up to $2 million payable over 30 years at a fixed interest rate of 3.75 percent payable over 30 years. The money can be used to pay payroll and other fixed costs, but unlike the new PPP loans, there is no forgiveness provision.

Mr. Piechota said businesses that qualified for an emergency disaster loan did not have to use the money if they also qualified for a PPP loan and its more generous terms. He added that the turnaround time for receiving the disaster loans is usually quite fast, with the funds available within a month of an application being submitted.

However, he pointed out that businesses that apply for an economic injury loan can also request an advance of up to $10,000 to help cover short-term costs, and that advance can be forgiven, if used for payroll and other qualifying expenses. What’s more, the advances are being sent out quickly. “A check should be on its way to you in three to five days,” he said.

“There’s a number of programs that have been put out there that will provide a tremendous benefit to the small business community,” he said. “The Paycheck Protection Program is going to be a godsend to small businesses over the next two months.”

He said it had been a trying experience in trying to advise businesses over the past two weeks, as the rules for many of the programs remain in flux.

“We all need to do our part,” he said. ‘The local banks have been tremendous in helping individuals. We are all a piece of the puzzle that has to get this money out on the street in a timely fashion.”

Rocco A. Carriero, the owner of Rocco A. Carriero Wealth Partners, a financial services practice in Southampton, said many of his clients, including those who own small businesses, have been searching for advice.

Mr. Carriero said he was impressed with the way policymakers had crafted the terms of the relief program for small businesses.

“They have learned from history,” he said, noting that the Federal Reserve began pumping an enormous amount of money into the markets to keep credit markets functioning as the stock market began its swoon. Such measures were not taken until months into the financial crisis in 2008 that led to the Great Recession, he said.

The PPP loans, which allow a business owner to borrow up to 2.5 times their average monthly payroll expenses, “seem almost too good to be true,” he said, because of their generous terms. “It gives business owners a chance to breathe because they won’t have to use their own capital to cover their payroll for eight weeks.”

He added that direct payments to many Americans, a boost in unemployment benefits, loosening of restrictions on withdrawals from retirement accounts, and a number of other steps will help individuals weather the financial storm as well.

But with requests for unemployment benefits skyrocketing in the past two weeks, the New York Department of Labor website and phone lines have been bombarded, leaving many unemployed people waiting to file or learn if their benefits have been approved.