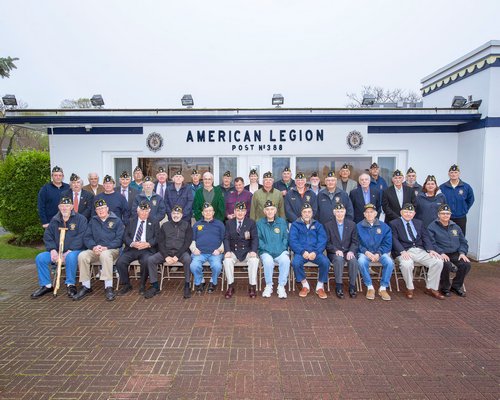 Members of the Chelberg & Battle Post 388 of the American Legion in Sag Harbor in May. 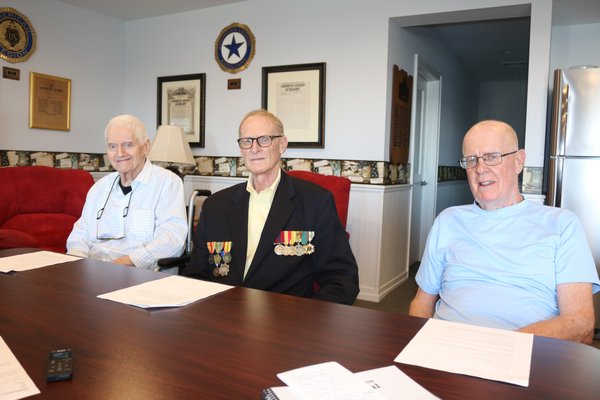 From left, centennial journal writer David Nimz, editor Franky Doty and Robert Browngardt, a Legion member with many family connections in the post’s past, were on hand at the Legion Hall recently to talk about the post and the journal project.

Peter Boody on Sep 10, 2019
Any story about the 100th anniversary of Sag Harbor’s Chelberg & Battle Post 388 of the American Legion would have to be packed with names if the goal is to... more

In the early days of the coronavirus shut-downs, commercial fishermen were among those gut-punched by ... 27 May 2020 by Michael Wright

Last Saturday afternoon, May 16, Tommy Wolfe lost his wedding ring at Wyandanch Beach in ... 26 May 2020 by Caroline Haubenstricker

The Commission of Veterans Patriotic events hosted a Memorial Day observance in Agawam Park in ... by Staff Writer

Memorial Day observances were in held in Sag Harbor on Monday morning with a small ... by Staff Writer

Everyone has a story to tell — but more often than not, those of veterans ... by Michelle Trauring

The combination of an abundance of porgies, the lightning speed at which such news travels ... 23 May 2020 by Stephen J. Kotz

With the number of COVID-19 patients falling, and a frantic and stressful two months of ... by Joseph P. Shaw

Southampton Hospital is down to just 15 total COVID-19 patients admitted to its coronavirus isolation ... 21 May 2020 by Michael Wright
Sign in to comment