Larger Than Normal Crowds At Village Beaches Amid COVID-19 Pandemic 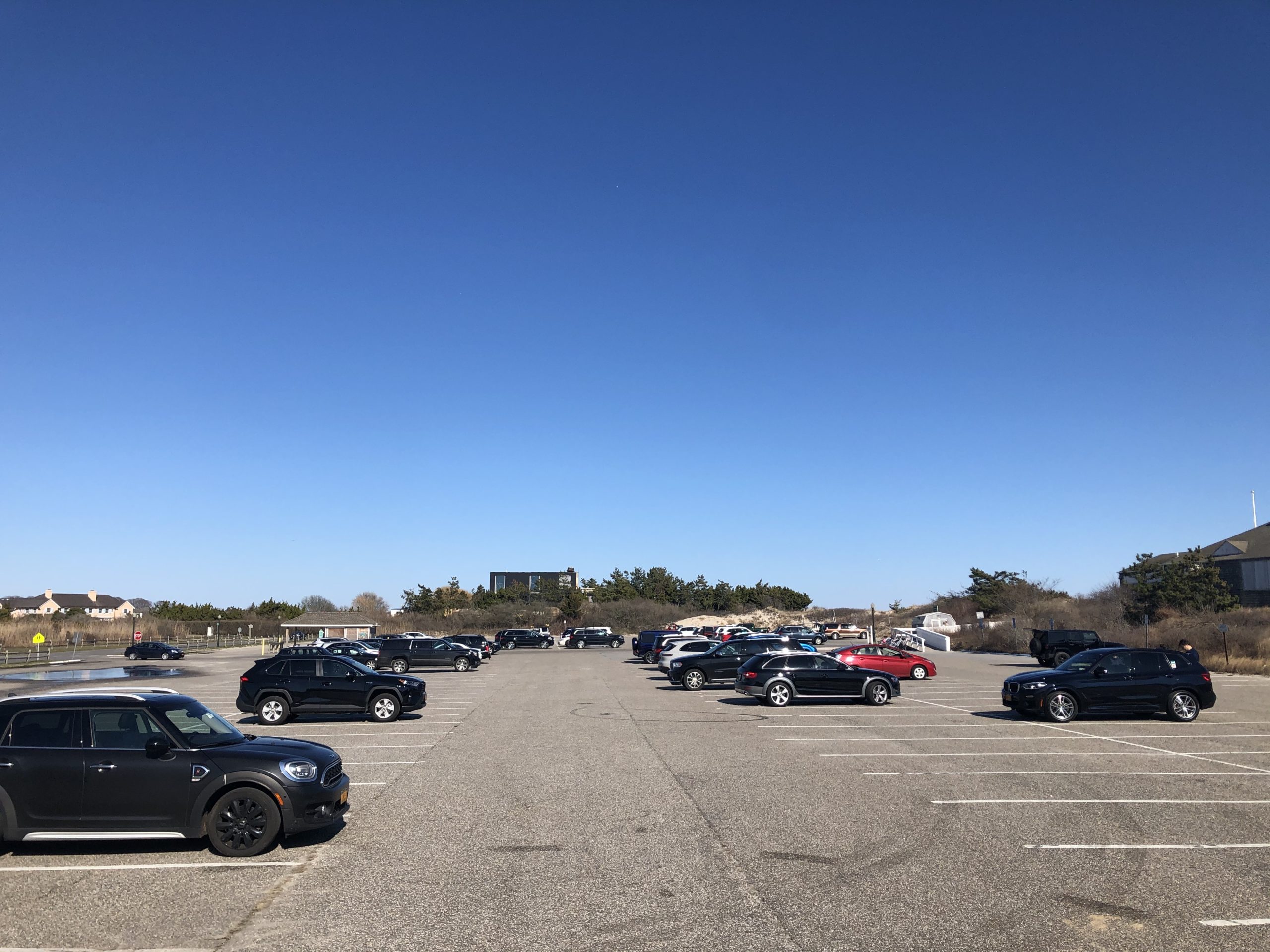 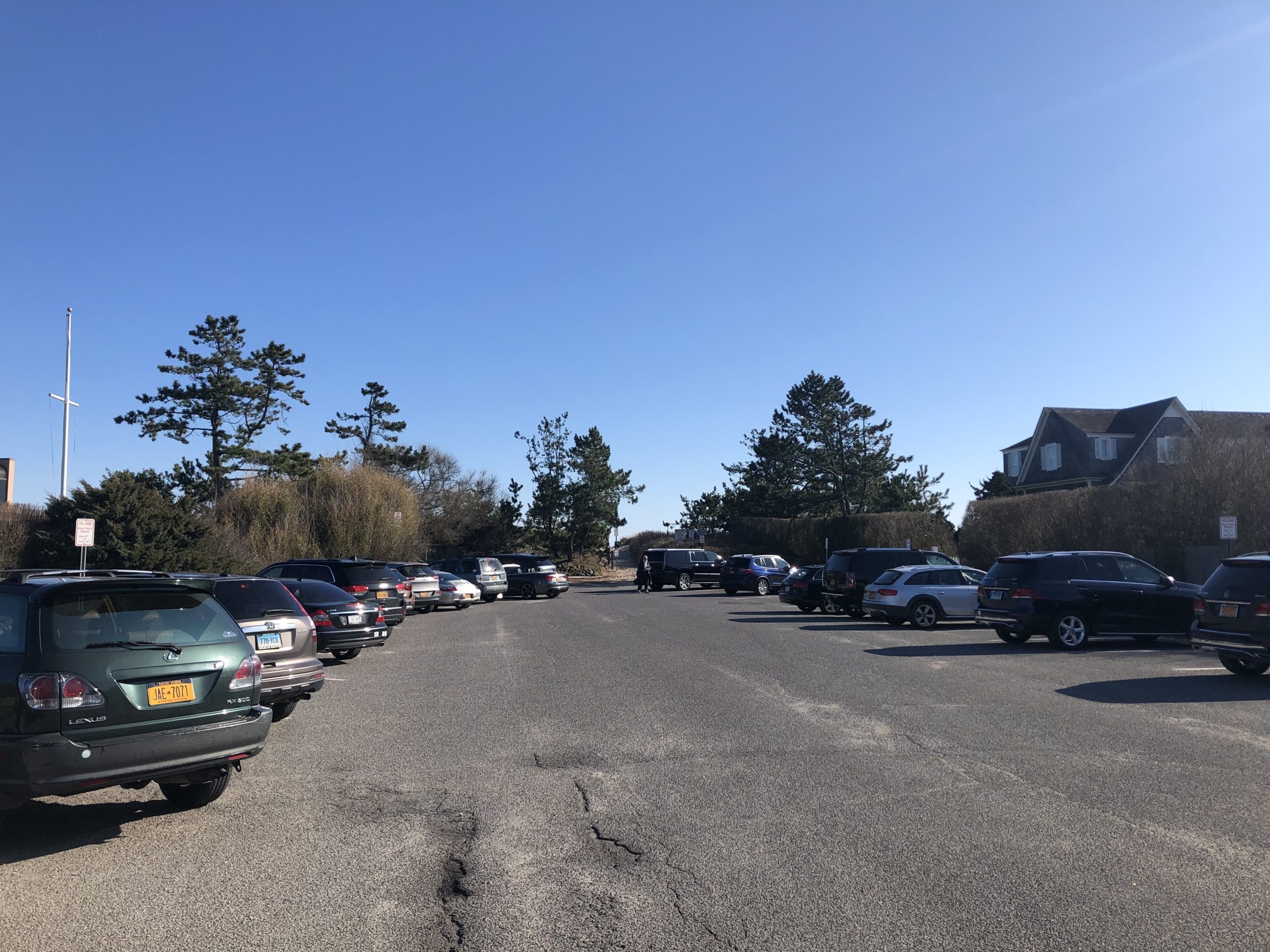 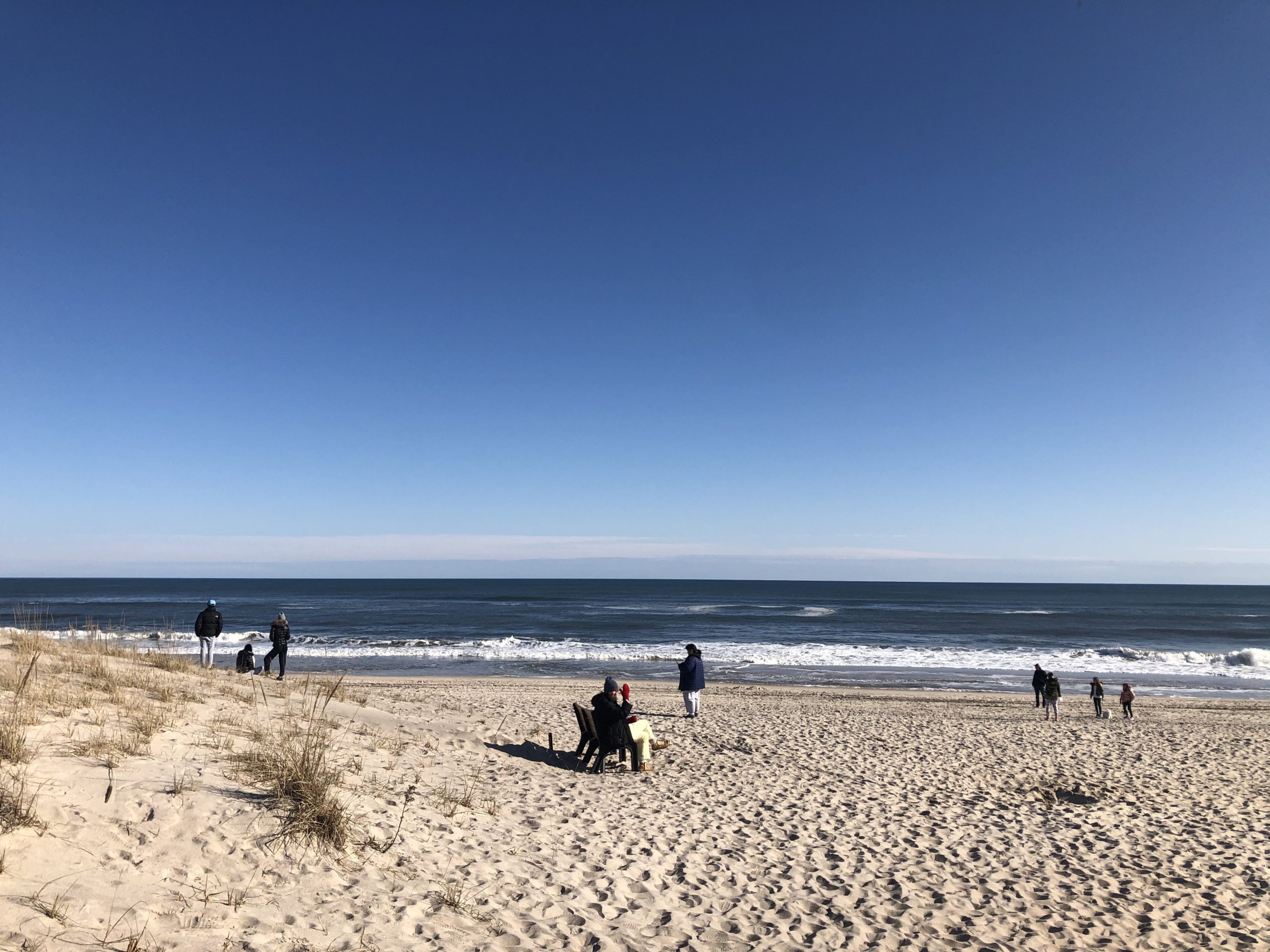 As Governor Andrew Cuomo issued an order demanding New Yorkers “pause” their usual day-to-day routine, the message seemed to have mixed resonance at Southampton Village beaches over the weekend — they were packed.

Along Meadow Lane, the scene on Saturday was unmistakable — a sunny summer day: people rode bikes, jogged and took walks with friends while beach parking lots were nearly full.

In the parking lot at Halsey Neck Beach, Mark Fichandler stood waiting for a friend. “It’s extremely surprising to see this in March,” he said, noting the number of cars in the parking lot.

Mr. Fichandler, who has been visiting the East End for 35 years, shared how he has been spending the time: “I have this thing that I’m doing, which is meeting friends for socially distanced walks. And I do one every day with a different friend.”

At Coopers Beach, cars lined the front half of the parking lot and squeezed onto the circular driveway overlooking the beach. Great surfing conditions on Saturday likewise drew groups of surfers out from their home and onto the beach.

Enzo Cirillo from Southampton was heading back into the water at Coopers to meet some friends surfing. Speaking from his car, he said he was shocked by the number of beachgoers and surfers on Saturday. “Nobody is abiding by the 6-foot rule,” he said.

The Centers for Disease Control and Prevention advises that individuals should maintain a 6-foot distance from one another in practicing social distancing — the defense to COVID-19 spread recommended by officials and experts.

Mr. Cirillo said Saturday’s atmosphere felt like “business as usual, summer in the Hamptons … Everyone’s out from the city.”

Saturday’s crowds prompted a response from Southampton Village officials, as Mayor Jesse Warren noted on his Instagram Saturday afternoon, posting a picture of a Village Police car at Coopers Beach. “This is a grave situation, not a beach day,” he wrote.

“Our SVPD is reminding everyone that if we choose to be outside, we must social distance and follow CDC Protocol,” Mr. Warren’s post stated.

Mr. Warren told The Press on Sunday that he is not considering any policy changes at village beaches. “We are going to be directing officers to let people know that they should be social distancing and to avoid crowds,” he said.

On the beach, pockets of people dotted the shoreline. Sabrina Kieffer, lounging in a chair while watching her children, came out east from New York City after their school was shuttered from COVID-19 precautions.

Ms. Kieffer said that being outdoors was “very, very important, especially if you have the opportunity to be distanced from people — since we’ve all been stuck inside.” She added how she felt that on the beach there was enough space for social distancing.

Nancy Lascher, walking on Coopers Beach with her family, used the tracks of cars to maintain social distancing: “We walk every day that we’re here … so now we’ll walk 6 feet apart.

“I don’t feel safe in the world, but I feel safer here than New York City,” Ms. Lascher added, while expressing concern about the adjacently parked cars in the Coopers Beach parking lot.

“I think we’re so lucky to have the world’s most beautiful beach here and this is one of the only things that’s making me happy in this sad time,” she said.

Paul Hundt, who was walking on Coopers Beach Saturday, fled Westchester just over one week prior. He noted how the crowds at the beach were “staggering,” noting that most people were walking at safe distances. “They’re not maintaining the right distance,” Mr. Hundt added while pointing to a cluster of people.

Mr. Fichandler, the walker at Halsey Neck Beach, said how, “I think it would be a huge mistake to close the beaches because it’s a very healthy option.”

Alec Giufurta is a junior at Cornell University studying government and history. He is a graduate of Southampton High School, and is now distance learning as a result of the COVID-19 pandemic. He is a senior editor for Cornell’s independent student newspaper, The Cornell Daily Sun.

The only requirement for membership in Alcoholics Anonymous is a desire to stop drinking. The ... 30 Mar 2020 by Kitty Merrill

Deemed essential businesses, local animal shelters are closed to the public, but they’re continuing to ... by Kitty Merrill

With her mat stretched out, Allison Burke began her yoga class Thursday morning — 9 ... by Alec Giufurta

A Happy Ending For Pregnant Squirrel Trapped In Spray Foam, Thanks To Rescuers

Let’s get the happy ending out of the way right up front: Pretty Momma and ... by Joseph P. Shaw

It had been 13 days since Cliff Batuello had visited his brother while on business ... by Michael Wright

Amy Loeb is the deputy executive director of Peconic Bay Medical Center in Riverhead. She ... 27 Mar 2020 by Joseph P. Shaw

The Wheels Of East End Business Grind To A Halt

East End Towns Focus On Helping Seniors And Those In Need

The Towns of Southampton and East Hampton took additional measures this week to ensure that ... 25 Mar 2020 by Greg Wehner

Several police departments on the East End are taking additional measures to protect officers and ... 24 Mar 2020 by Greg Wehner
Sign in to comment