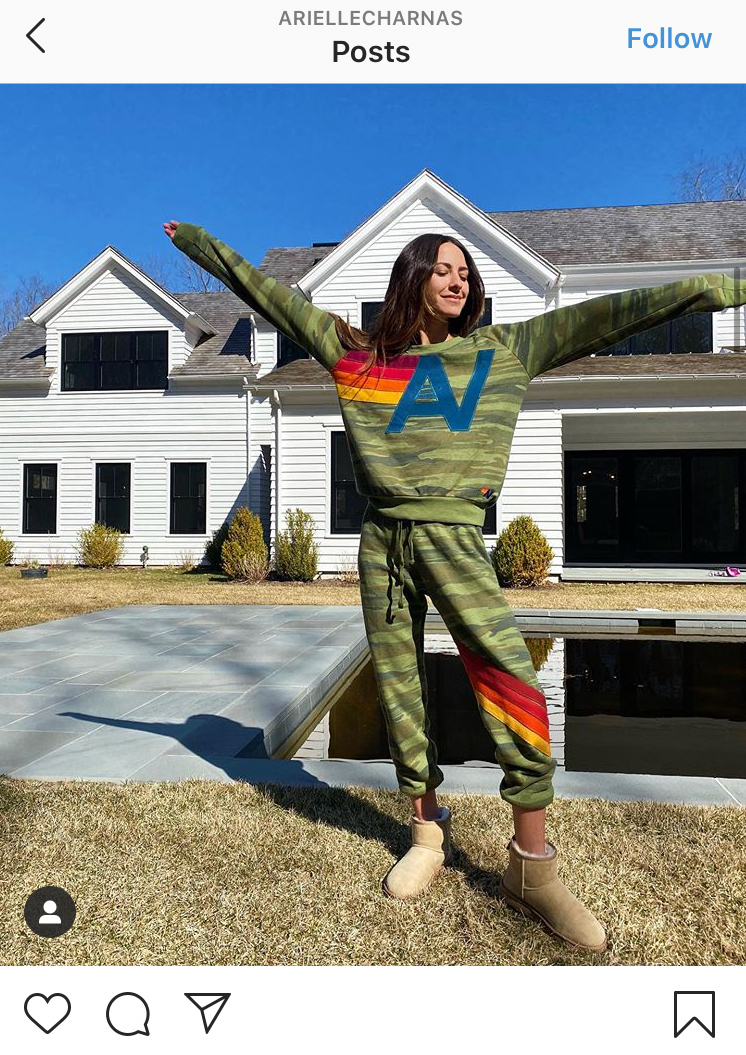 As the COVID-19 pandemic upended life for New Yorkers, the resulting diaspora of affluent New York City residents to the East End seemingly unearthed what many may consider a class -divide, asking whether the well-off quarantine differently than everyone else.

Residents who typically only migrate to the beach in the summertime have flocked in early this year despite pleas from public health officials to remain home — supercharging the seasonal rental market in the process.

East End grocery store shelves were left empty early on. Year-round residents were left wondering at the influx of the part-timers. The New York Post coined it “class warfare” in the Hamptons.

One of those who drew the most attention may have been New York City-based fashion designer Arielle Charnas, who shared her positive COVID-19 diagnosis with her 1.3 million Instagram followers on March 18 — before heading out to her East End home.

“I took what I believed to be the quick precautions necessary to protect the health and safety of my family, and now ultimately the people around me,” the post read.

Eight days later, Ms. Charnas wrote in an Instagram story that she was symptom-free and bound for her Hamptons house, according to published reports. Her subsequent posts have been subject to swift and harsh backlash.

Mackenzie Harrington, 28, of Southampton, commented on one of Ms. Charnas’s posts, angered at her actions. While Ms. Harrington requested that The Press not include her original Instagram comment, she told The Press how “infuriating” it was to see crowds of people at beaches, biking and running, and Southampton Village filled with cars.

“It’s totally inappropriate that people are coming out here to escape the virus,” Ms. Harrington said.

Local leaders, including Southampton Town Supervisor Jay Schneiderman, called for a ban on travel to the East End in a letter to Governor Andrew Cuomo this week.

While some users congratulated Ms. Charnas for feeling better, the condemnation for her activity was far-reaching.

Hundreds of Instagram users slammed Ms. Charnas in comments: “Your privilege does not excuse you from following simple rules to contain yourself,” Katie Schultz, a pediatric oncology nurse for Washington University in St. Louis, wrote.

Andrea Rodríguez, 21, from Puerto Rico, recognized a larger narrative that Ms. Charnas’s activity represented. “I’ve put up with you for a while now … your obliviousness to your privilege and your lack of empathy to those of different socioeconomic backgrounds,” an open letter to Ms. Charnas that Ms. Rodríguez posted on her Instagram story read.

“Your decision to migrate to the Hamptons, having tested positive [for] COVID-19 … is reckless, selfish, and irresponsible,” Ms. Rodríguez continued. Her letter gained recognition not only among peers at her university, but with Ms. Charnas’s husband, Brandon Charnas, who messaged Ms. Rodríguez on the app: “You are such a loser. Get a life.”

Ms. Rodríguez’s letter was shared over 680 times, she said. “My dad’s a cardiologist at a VA working in the front lines, so I take this all very personally,” Ms. Rodríguez told The Press.

Mr. and Ms. Charnas did not respond to multiple requests for comment from The Press.

Accounts of a “white-collar quarantine,” as The New York Times reported, are not exclusive to the East End, as states and municipalities nationwide have resorted to mandatory quarantining of New Yorkers amid a rush of the elite to second homes.

Southampton Village Mayor Jesse Warren used his own Instagram to note that it is a misdemeanor to violate a 14-day quarantine after testing positive for COVID-19. “Please stay inside regardless, but if you have tested positive, you are knowingly putting your community and lives at risk.”

For more than a year, Orson and Ben Cummings, filmmakers and Southampton Village residents, have ... 10 Aug 2022 by Cailin Riley

PHOTOS: Cocktails to Save The Bays Benefits Peconic Baykeeper

“Cocktails to Save the Bays,” was held on Friday night in Southampton Village to benefit ... 9 Aug 2022 by Staff Writer

For 44 years, the Quogue Junior Theater Troupe has created a space for children to ... by Julia Heming

I finally set aside some time to have dinner with friends this week. With all ... by Alex Littlefield

Hamptons Fashion Week showed the importance of the South Fork in the world of fashion ... by Julia Heming

Individuals hosted a “Gala In Your Garden” on Saturday to benefit Stony Brook Southampton Hospital. ... 8 Aug 2022 by Staff Writer

The East Quogue School Board appointed Kelly Fallon as interim superintendent and principal of the ... by Desirée Keegan

Feiler Reflects On 50 Years At Church Of The Atonement

Patricia Feiler was just 22 years old — and had just returned from her honeymoon ... by Cailin Riley
×