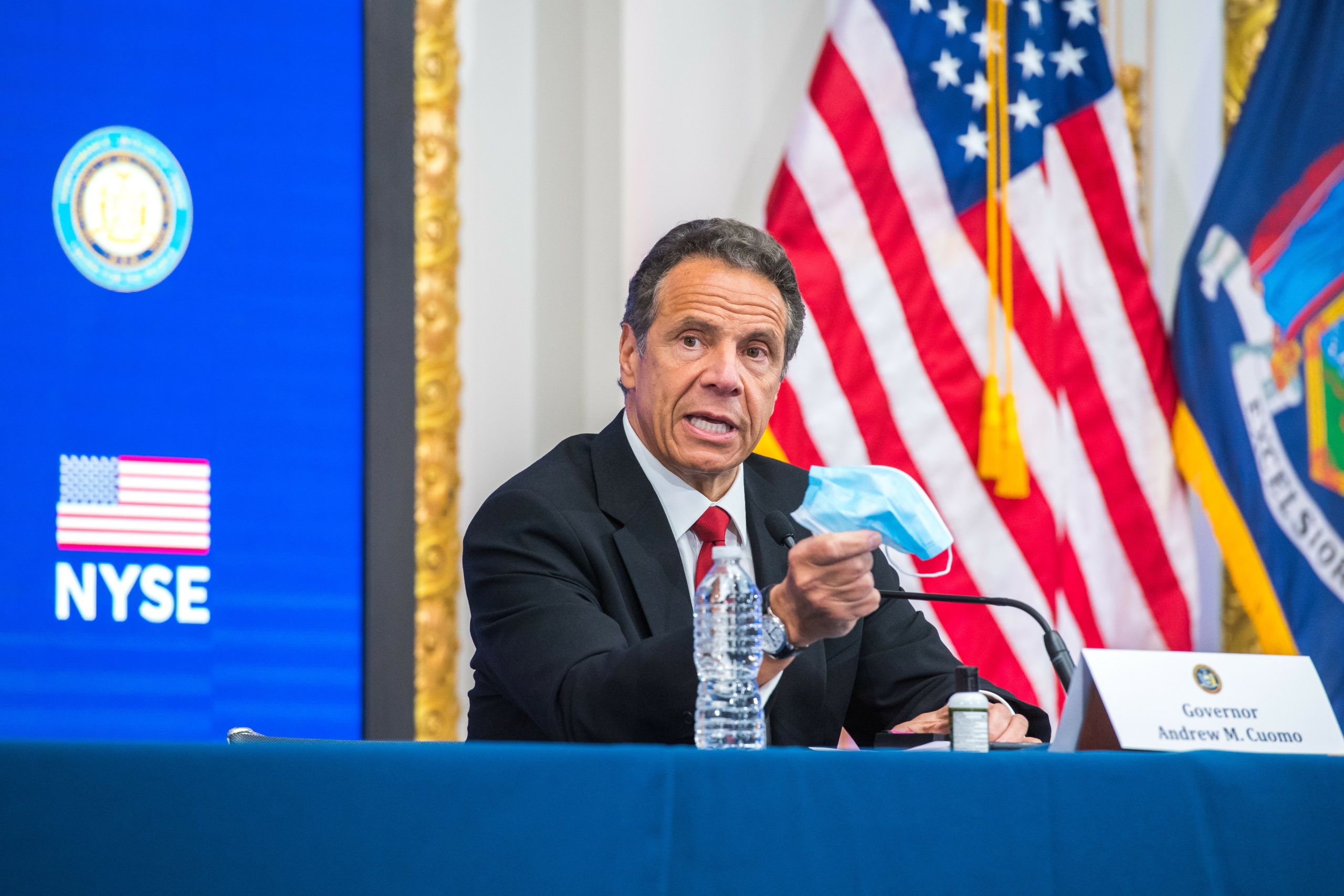 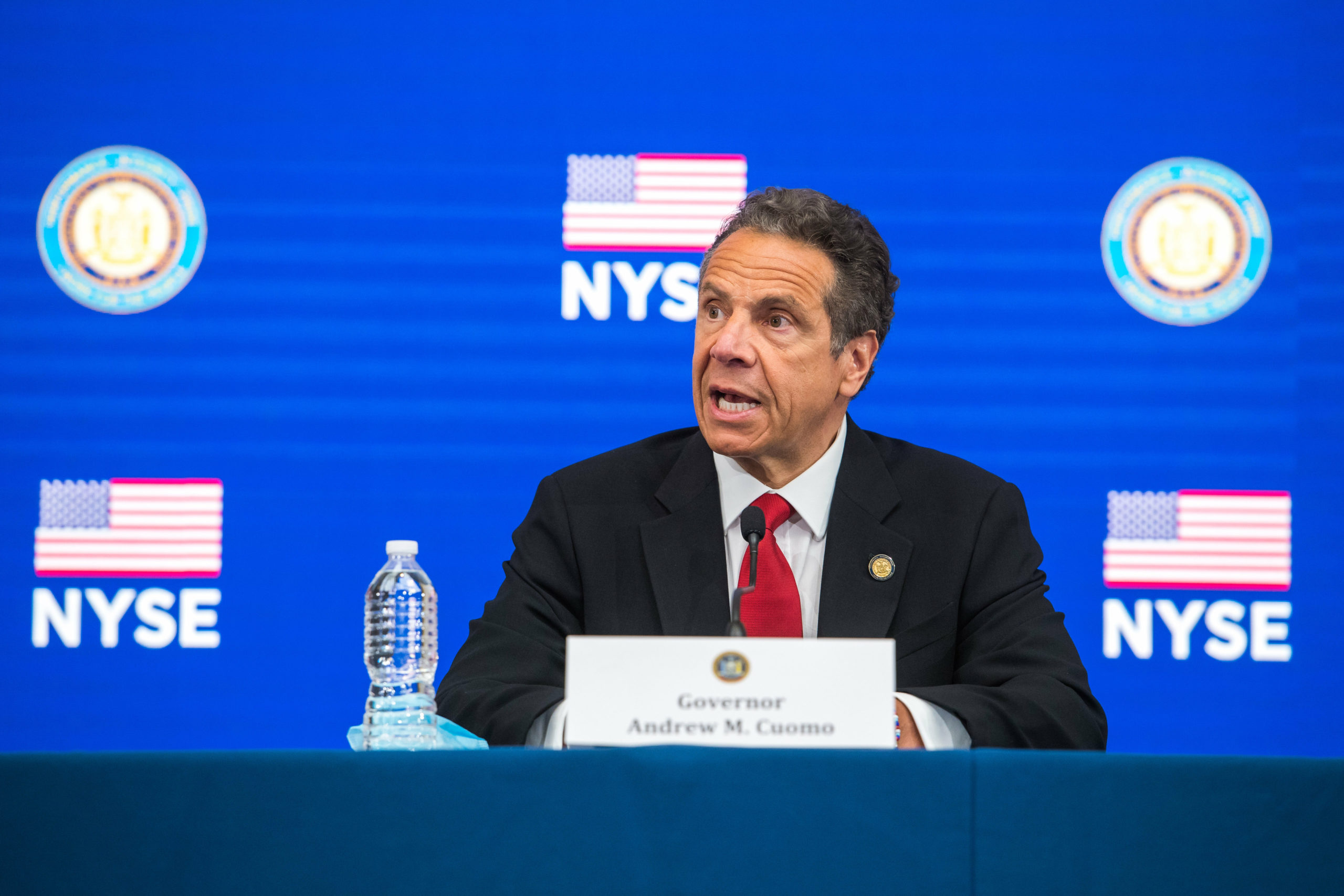 During an update Friday morning, the governor announced the region was poised to meet the two remaining metrics of the seven recommended standards for reopening. Throughout the week, Suffolk County Executive Steve Bellone also expressed confidence in the region’s ability to hit the two remaining marks.

Outstanding were guideposts related to a decrease in hospital deaths to an average of under five people per day. Twelve people died in Suffolk County alone from May 23 to May 24. Eight died during the previous time frame, with 12 listed the prior day. Even with the three-day rolling average, that’s 10 patients per day from May 21 to May 24. Five is the metric.

But, if Long Island has a 14-day overall decline in the number of people dieing from te virus, it does not need to meet five or fewer deaths per day. According to the state dashboard, as of Wednesday morning, the region hadn’t quite met the metric.

Last Thursday, Southampton Town Supervisor Jay Schneidrman wrote the governor and, in a letter signed by 12 other town supervisors and two city leaders, asked him to adjust the death metric. The current requirement for declining regional deaths sets a disproportionate standard for Long Island when compared to its upstate counterparts. If this metric was adjusted for population, Long Island would meet the metric as it stands and be able to enter phase one of reopening.

“All regions of the state should be on a level playing field when it comes to deciding when they’re ready to reopen, but one metric is fundamentally unfair to more populous regions like Long Island,” Mr. Schneiderman in a release. “If this metric were adjusted for population, we would already be meeting it.”

As of the evening of May 26, 1,851 people had died from COVID-19 across Suffolk County, 11 during the prior 24 hours. In all, by Tuesday night, there were 39,199 confirmed cases in the county. Case numbers per township or community are not readily available to the public, temporarily. The interactive map providing case data was taken down on Tuesday. A new system of reporting is being developed, Mr. Bellone said Monday. For now, data is available on the suffolkcountyny.gov site under the tab labeled “COVID-19 News.”

The second standard relates to contact tracers, crafting what Mr. Cuomo described as an “army” of workers who will contact people who test positive, find out who they’ve interacted with, and contact those people so they can self-quarantine to quell infection spread. He said Tuesday that Long Island was bringing on the last of its contact tracers to complete the metric. The state dashboard lists the metric as “pending.”

On Friday, Mr. Cuomo gave the green light to contractors, allowing them to begin getting job sites staged, with materials delivered and safety precautions implemented for the expected reopening.

That night, he also signed an executive order permitting nonessential groups of up to10 to gather, provided social distancing guidelines are followed. Previously, only gatherings of essential groups were allowed.

The governor has said, in articulating the phased reopening, that as each phase starts and businesses open, there will be a two-week period of monitoring before the next phase may commence. However, he has also said that reopenings could take place sooner or later depending on what data demonstrates. The 14-day monitoring period is not a hard and fast rule. It will be a judgment call made by the state.

Two weeks after that — again, with data support — phase three means the reopening of restaurants and food services, which might happen by June 24. Phase four, including arts, recreation, entertainment and education could open two weeks after that, on July 8.

The past week saw another milestone hit, though not at its most desired level. Mr. Bellone had asked the governor for a 45-day extension on the second half of property taxes that would have been due by the end of this month. He requested a 45-day extension to July 15 to homeowners impacted by the coronavirus who lost 25 percent of their income or a commercial business owner with a net profit of $1 million or less who saw a 50-percent loss in revenue.

The request was not acted upon by Mr. Cuomo. Rather, on May 21, the governor signed an executive order providing a 21-day extension for paying property taxes, without interest or penalty, to numerous counties, including Suffolk.

Also extended, will be the operation of the drive-up testing site in Southampton. The Hamptons Health Society, working in collaboration with Southampton Village Mayor Jesse Warren funded the site for the month of May and into the first week of June.

Located at the Krause Family health center, the site is operated by Hudson River Health Care. HRH offers free testing to uninsured residents at sites throughout the county, assisted by county funding.

On Friday, Southampton Town Supervisor Jay Schneiderman announced that the site would stay afloat. He reached out to County Legislator Bridget Fleming and Mr. Bellone, hoping the county would pick up the funding of the site. The response was affirmative.

The Southampton testing site runs on Tuesdays and Thursdays from 10 am to 3 p.m. the East Hampton site is open on Wednesdays and Fridays. Both require appointments. Call 845-553-8030.

Last Thursday, Governor Cuomo offered that it was too soon to say whether schools would reopen in the fall. More than 170 cases of an illness believed linked to coronavirus affecting children are being investigated. At the outset, it appeared children were spared the predation of the virus, but earlier this month, cases of an inflammatory disease similar to Kawasaki began to arise among children. According to the state health department’s coronavirus site, over 90 percent of children with the illness have tested positive for COVID-19.

The governor said more information on the inflammatory syndrome is needed and the state is waiting to see how development of a vaccine proceeds. The state will issue guidelines in early June for schools and colleges to make plans to possibly open in fall, he added, and the state will approve — or not approve — those plans in July.