Schneiderman Envisions A Region Under An Umbrella - 27 East

Schneiderman Envisions A Region Under An Umbrella 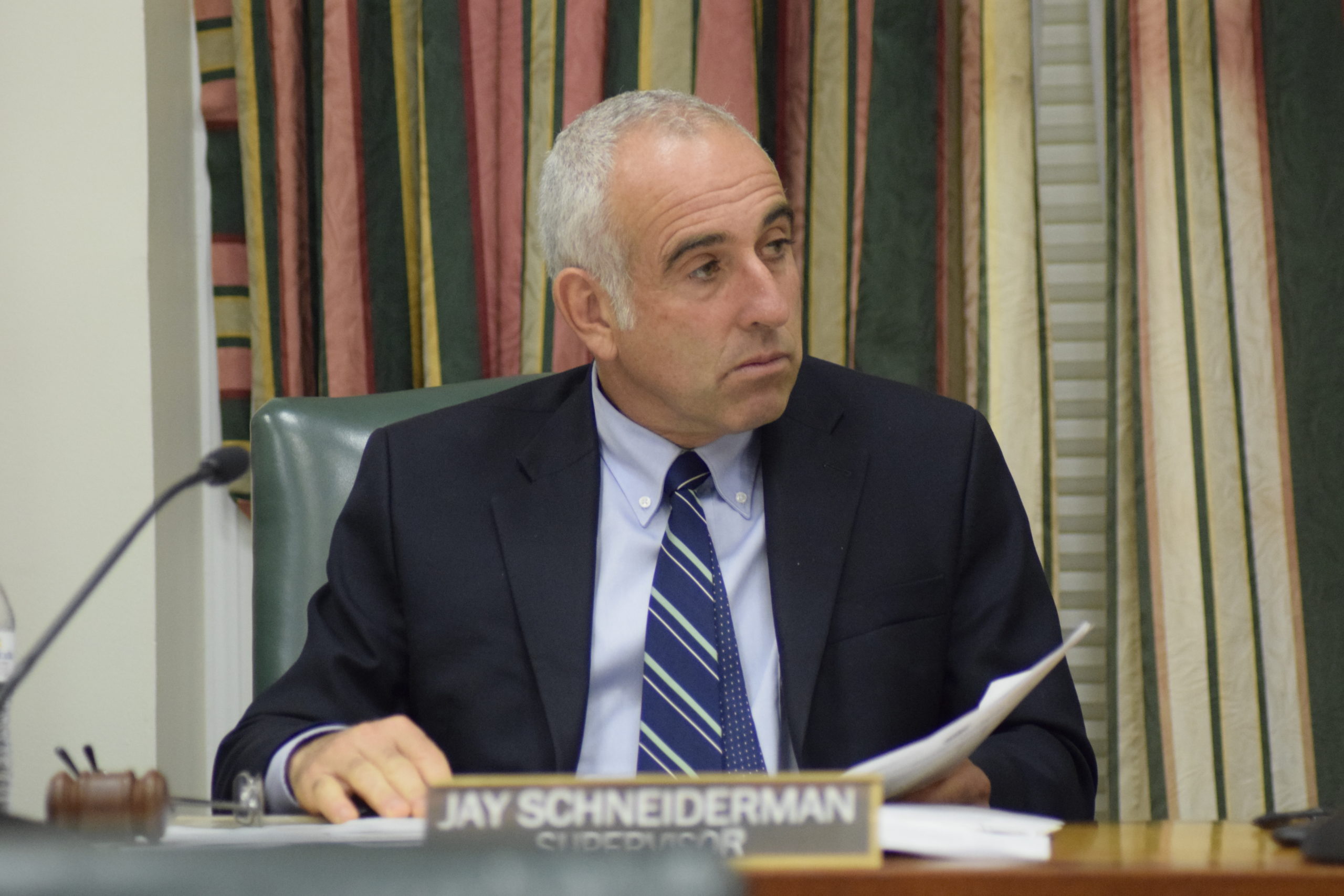 Southampton Town Supervisor Jay Schneiderman wants to heal the resentment between the year-round residents and second-homeowners who populate the East End, with an idea that calls to mind the legendary hero, Robin Hood.

He’s trying to figure out a way, he said, “to harness the power of the wealthy component of our community and channel it to the people who need it most.”

He believes soliciting donations from affluent community members and using them to help the needy, could be “a good way to heal the rift between the rich and the poor.”

“We have a group of people who are pretty insulated from the economic downfall that’s coming,” he said. “They can lose a couple million dollars and they won’t get hurt.”

On the negative side, the supervisor pointed to a workforce that includes undocumented people and others who may not qualify for typical assistance, or get the checks promised by the federal government as part of the recently passed bailout. And, given the high cost of living on the East End, the checks people do receive,“won’t go far enough,” Mr. Schneiderman predicted.

Many of the region’s moneyed second homeowners are “real charitable people,” Mr. Schneiderman said. “I’ve been getting a lot of calls asking, ‘How can we help?’”

“I want to tap that resource,” he said. To that end, Mr. Schneiderman is considering the formation of an “umbrella” organization that would bring together area nonprofits as a way to maximize donations, create one concerted appeal, and fill in the gaps that exist between social service organizations.

Mr. Schneiderman likened the idea of a single entity funneling donations to Governor Andrew Cuomo’s plan for hospitals to join forces and operate as one entity statewide, rather than as separate institutions.

“I’d like to raise $1 million over the next few weeks to support the community,” he said, offering that a local radio station might host a telethon. “People are already embracing the idea. Most of the money would be raised by a handful of affluent people calling their friends.”

Because people in East Hampton may have workers who live in Hampton Bays and vice versa, Mr. Schneiderman believes the umbrella should cover the region.

“I’m looking at it from a larger, regional standpoint,” he said. “A united East End appeal, with funds to help with food, rent or living  expenses for those who  won’t be able to make it otherwise.”

“Bringing the not-for-profit work together,” he said. “I don’t know if that’s possible, they do compete for money. But my gut is telling me we will all be able to come together. People right now are willing to do whatever it takes.

“We could tap in to the very thing that people are angry and frustrated about, and turn it into a real positive thing,” he continued. “The second-home community could be an asset to help us through real dark times.”