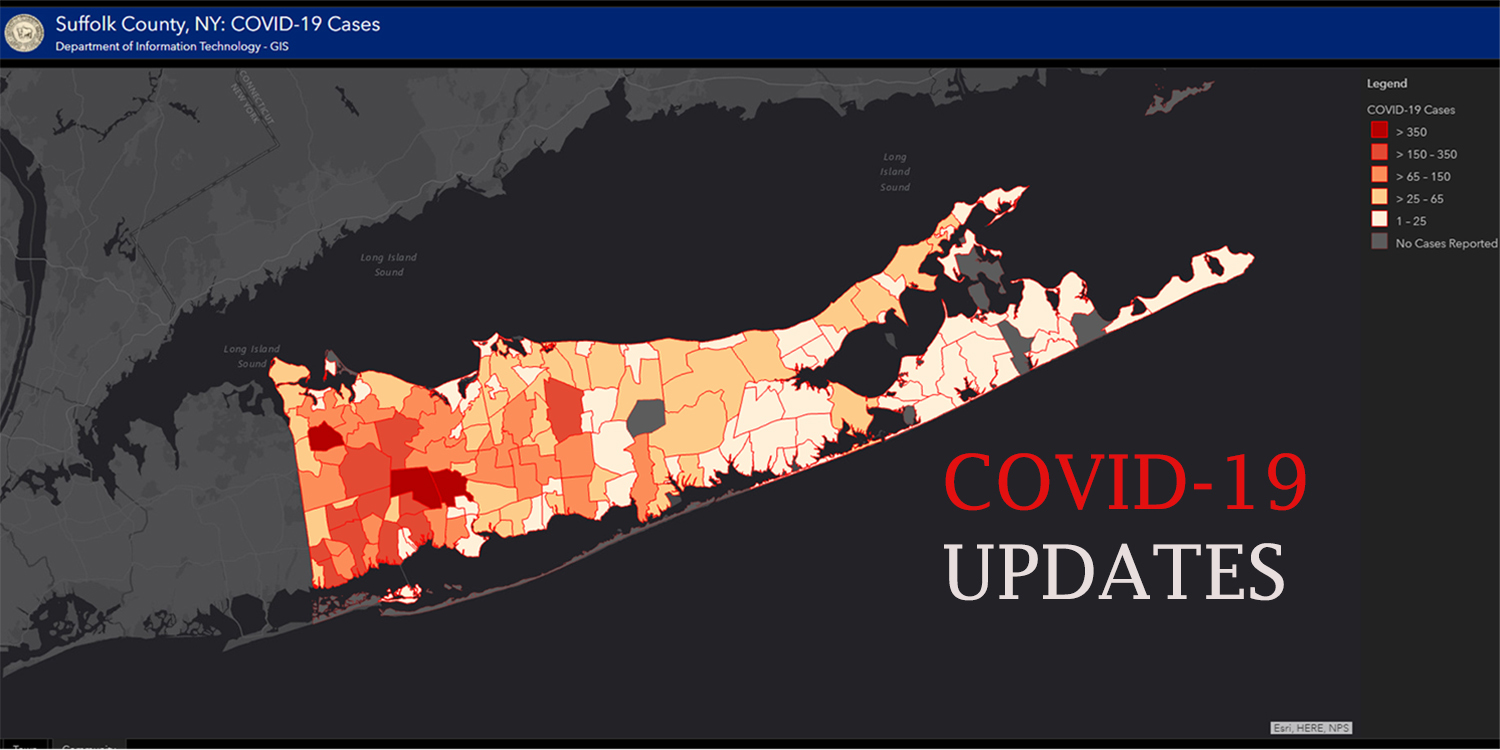 The county will be transitioning to “a new system that is part of our contact tracing efforts in partnership with the state to do enhanced contact tracing,” Bellone said. “We’ll get that map back up as we move to the new system,” he said.

The county will continue to post data on its website every day, he said. It has been posting daily updates here.

When he made the announcement, Bellone did not address the ongoing discrepancy between the “total cases” number displayed on the county map and the total cases for Suffolk County reported by the State Department of Health.

The county map has been reporting a “total cases” number significantly higher than the state numbers — sometimes by as much as more than 4,000 cases.

Asked by a reporter last week to explain the apparent discrepancy, Bellone said he was unaware of any discrepancy and would look into it.

On Saturday, the county’s daily case update began including the following statement: “Note: Map includes some positive antibody cases. We are currently working on issues with the computer program that produces the map.”

This article originally appeared on riverheadlocal.com and is republished with permission.