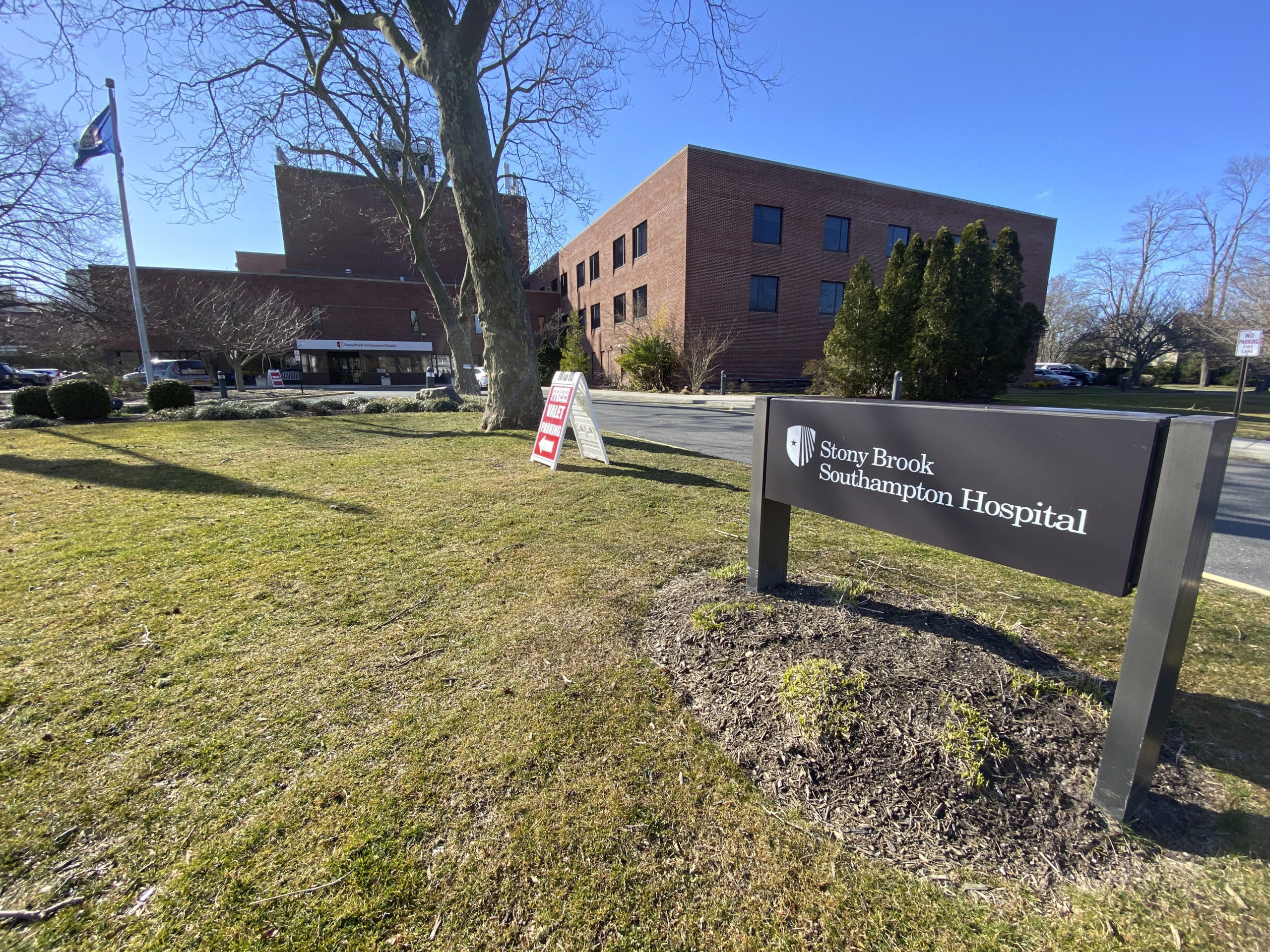 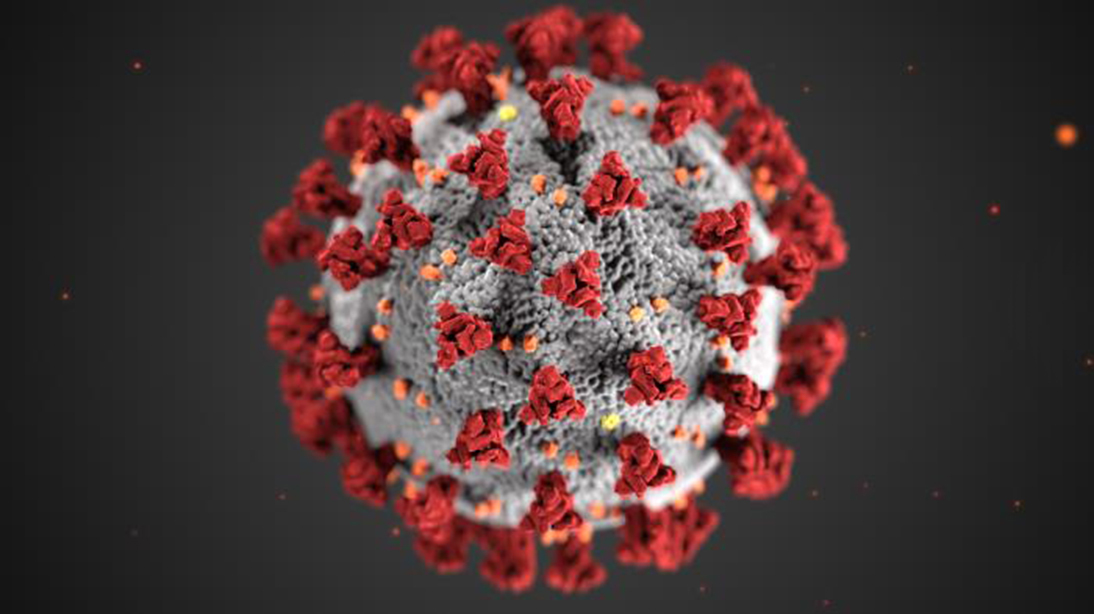 An illustration created at the Centers for Disease Control and Prevention (CDC), reveals ultrastructural morphology exhibited by coronaviruses. Note the spikes that adorn the outer surface of the virus, which impart the look of a corona surrounding the virion, when viewed with an electron microscope. COURTESY CDC 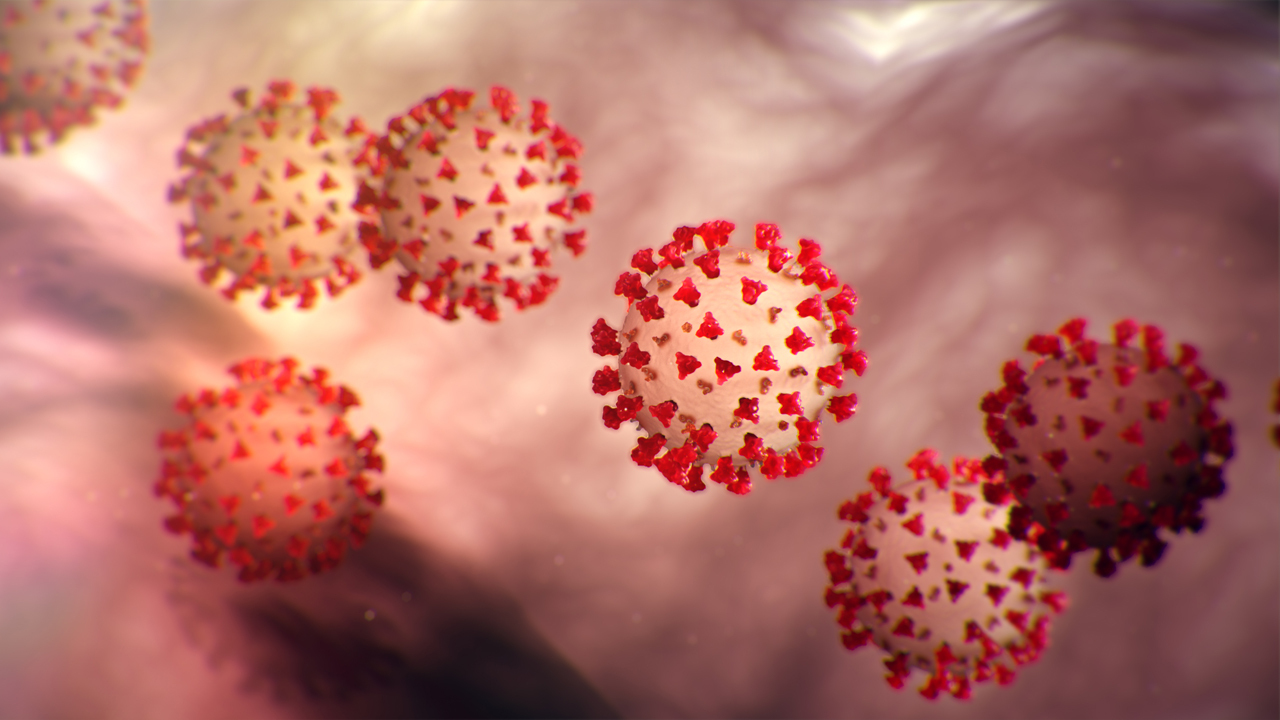 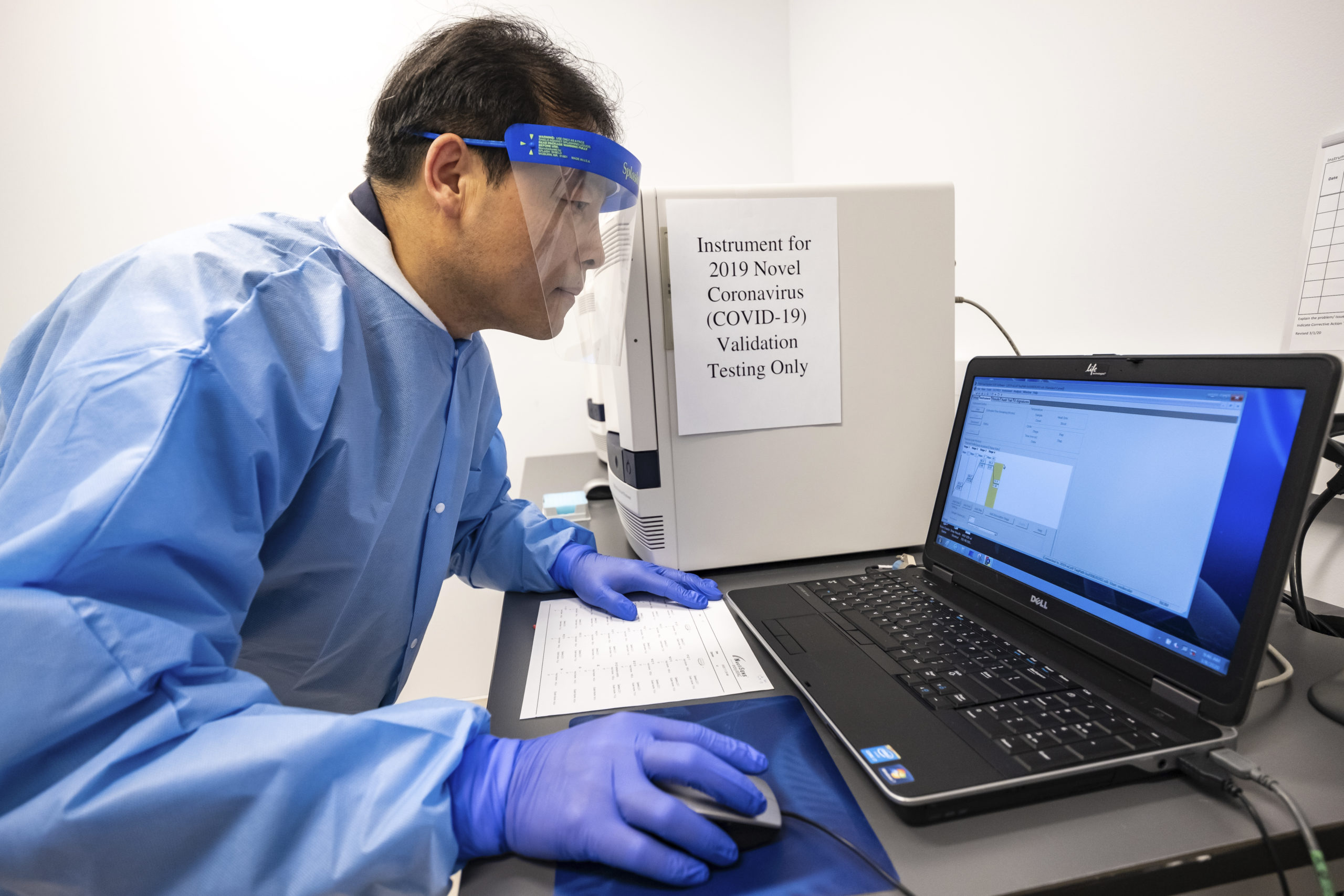 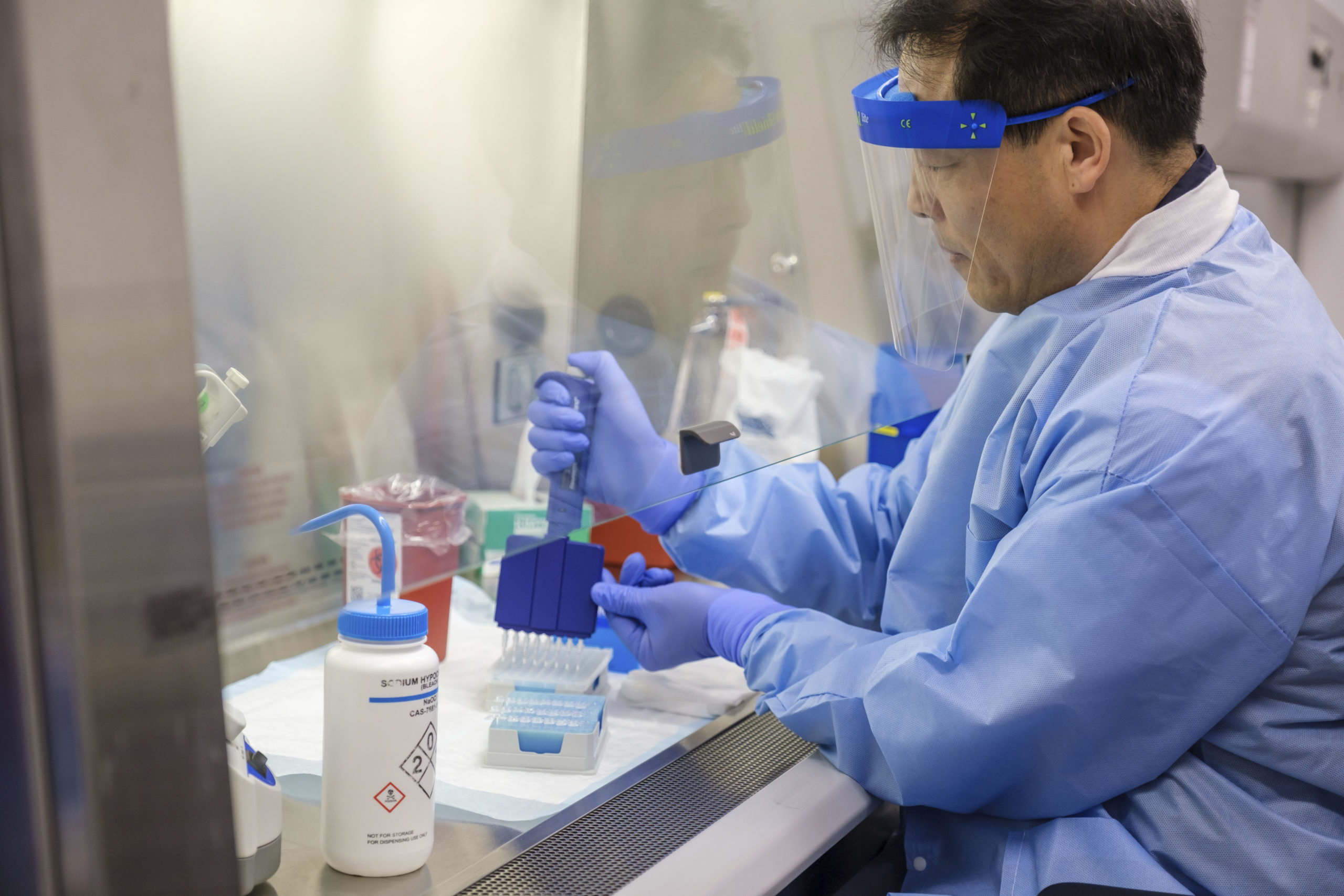 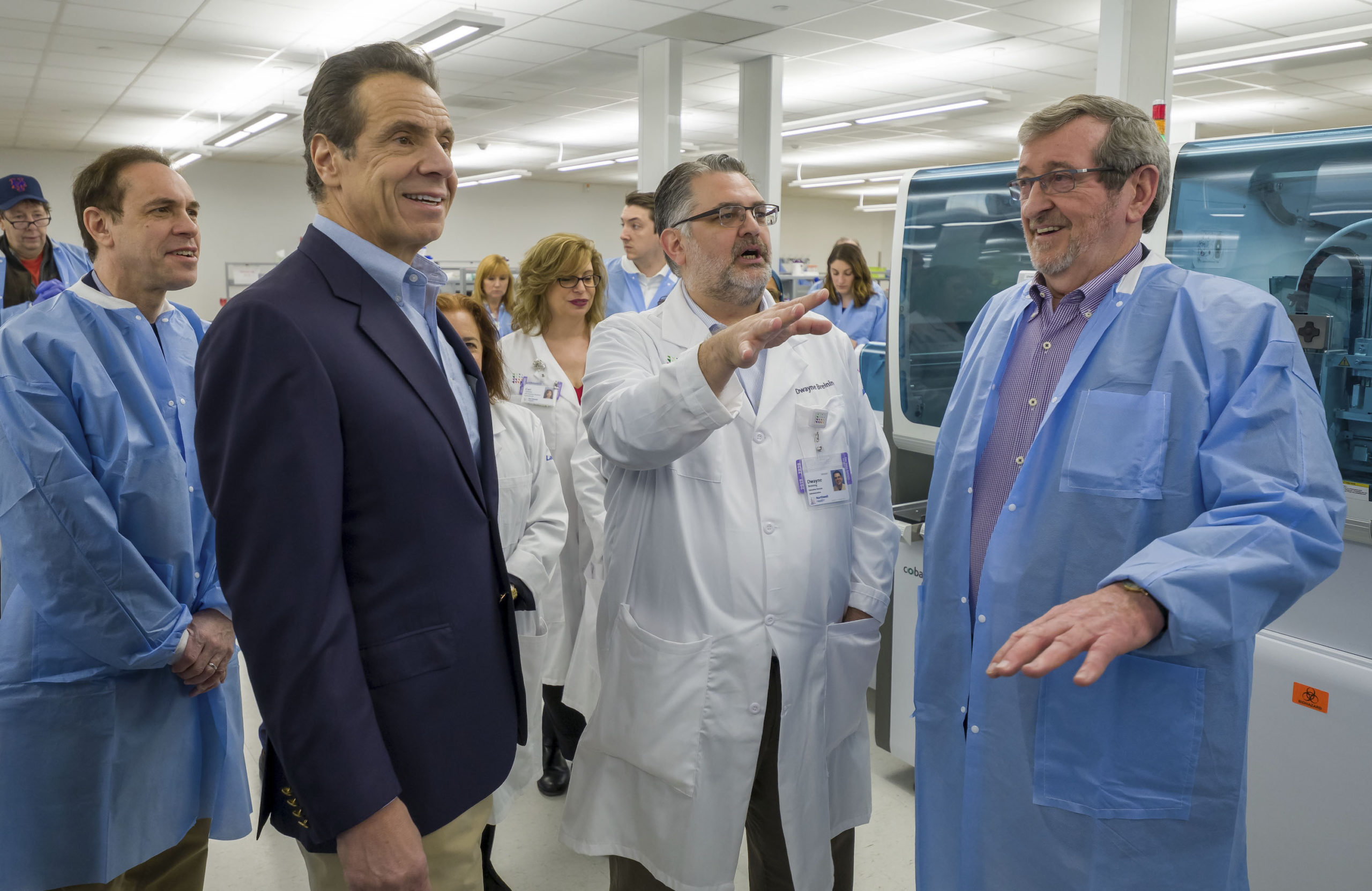 County Executive Steve Bellone said on Sunday that the first county resident to test positive for COVID-19 “is a male in his early 40s who is currently hospitalized and in isolation.” A source confirmed that the 42-year-old patient, a resident of Southold, presented at Eastern Long Island Hospital in Greenport but was transferred to Southampton on Thursday, March 5, for treatment.

On Tuesday, Stony Brook Southampton Hospital officials confirmed that the patient who has tested positive for COVID-19 remains at the hospital, saying he is in fair condition, and it quotes the hospital’s chief medical officer, Dr. Fredric Weinbaum, as saying that “the patient is improving, with good prospects for further recovery.”

The statement also noted that the patient is requesting privacy.

The case is not related in any way to the students quarantined at Stony Brook Southampton campus, who had been studying overseas. In fact, no South Fork resident has tested positive for novel coronavirus so far.

On Wednesday, Mr. Bellone announced that the State Department of Health had confirmed that five more patients in Suffolk County have tested positive for COVID-19, bringing the total number to six.

All six cases are believed to have been the result of “community transmission” rather than from contact during overseas travel, Mr. Bellone said.

“We are continuing to work closely with the New York State Department of Health to ensure a swift and effective investigation,” he said on Sunday, adding, “While we continue to do all that we can to avoid a widespread outbreak, we are asking the public to do the same.” He urged anyone who is sick to stay home and contact a physician.

Peconic Landing, a retirement community in Greenport, said Tuesday that one of its per-diem employees was among the patients who had tested positive. “We are in constant contact with the Suffolk County Department of Health and following their direction,” a statement read, noting that employees who worked in close proximity with the individual were placed on leave as a precaution.

There also reportedly are dozens of other individuals in the county who are being monitored and are under either precautionary or mandatory quarantine after traveling abroad.

According to Peconic Landing’s website, the community employs more than 320 people and has “upward of 450 residents and members.”

Governor Andrew Cuomo, at a briefing on Sunday morning, first revealed the single confirmed case of COVID-19 in Suffolk County. At that time, the number of confirmed cases statewide had topped 100 — it was above 170 on Tuesday.

Gov. Cuomo urged state residents to stay home from work and self-isolate if they show symptoms, which the Centers for Disease Control and Prevention say can include fever, cough and shortness of breath.

The CDC also recommends frequent hand-washing for 20 seconds, avoiding touching your face, and covering a cough or sneeze with a tissue, which can then be discarded. The CDC likewise encourages people to stay home if they show any symptoms.

At Sunday’s briefing, the governor was critical of the CDC’s response, especially when it comes to providing enough tests. “The CDC wasn’t ready for this and they should have been,” he said. “It has been slow in allowing states and other commercial laboratories to test.”

“We’re having daily conferences with Stony Brook Medicine, watching the CDC and adjusting to any changes we see,” said Deborah Maile, director of infection prevention at Stony Brook Southampton Hospital. “Any patient in our ICU receives care from highly trained health care experts.”

Ms. Maile said it’s not necessary for healthy people to wear masks out in public, as the CDC says that they don’t help much. “It doesn’t necessarily protect you, because you’re likely to touch something with the germs on it, then touch your face,” she explained.

Other medical professionals have said anyone with symptoms of COVID-19 might consider wearing a mask in public to avoid spreading the virus.

The governor’s office, to whom most inquiries have been directed, has not responded to numerous requests for more information about the local case, beyond public statements by the governor.

The Central Pine Barrens Commission is set to meet on Wednesday afternoon, January 20, and ... 20 Jan 2021 by Joseph P. Shaw

Paid Parking App: What If You Don’t Have A Cellphione?

Collecting fees from the most sought-after parking spaces in Sag Harbor sounds like a no-brainer, right? Especially when the plan doesn’t call for cluttering the sidewalk with meters or payment kiosks. But a proposal that has gained the favor of the Sag Harbor Village Board to charge to park at most spaces on Long Wharf and Main Street in the village’s business district through a smartphone app administered by ParkMobile has raised concerns it will shut out those who most need to park on Main Street — senior citizens. The question of what to do about seniors who may not ... 19 Jan 2021 by Stephen J. Kotz

A former commander and an executive member of the American Legion Post 924 in Hampton ... by Isabella Harford

New York State broadened the eligibility for the COVID-19 vaccines to all senior citizens and ... 8 Jan 2021 by Michael Wright

The Southampton History Museum will receive a donation for every Community Bag sold throughout January ... by Isabella Harford