The Wheels Of East End Business Grind To A Halt 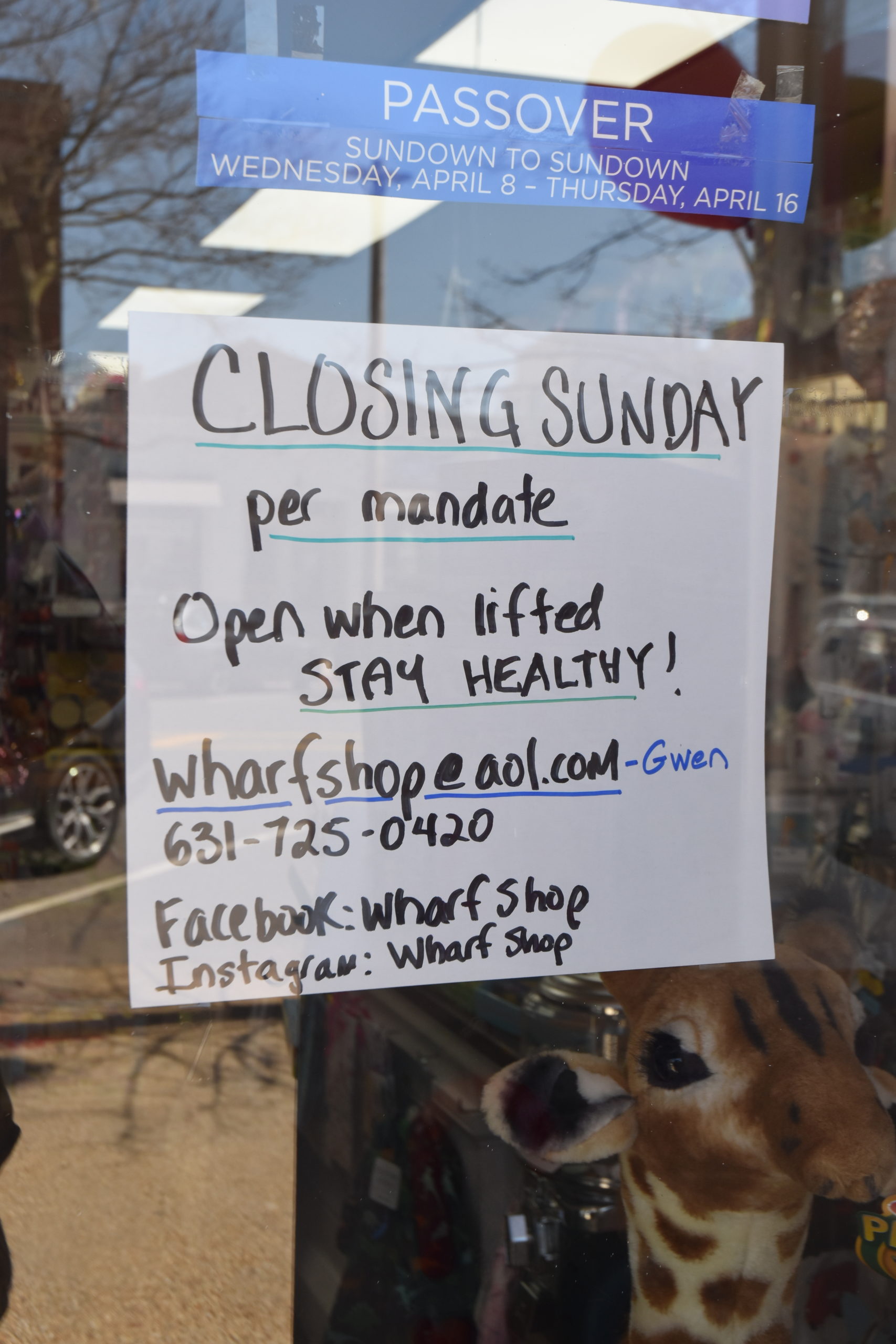 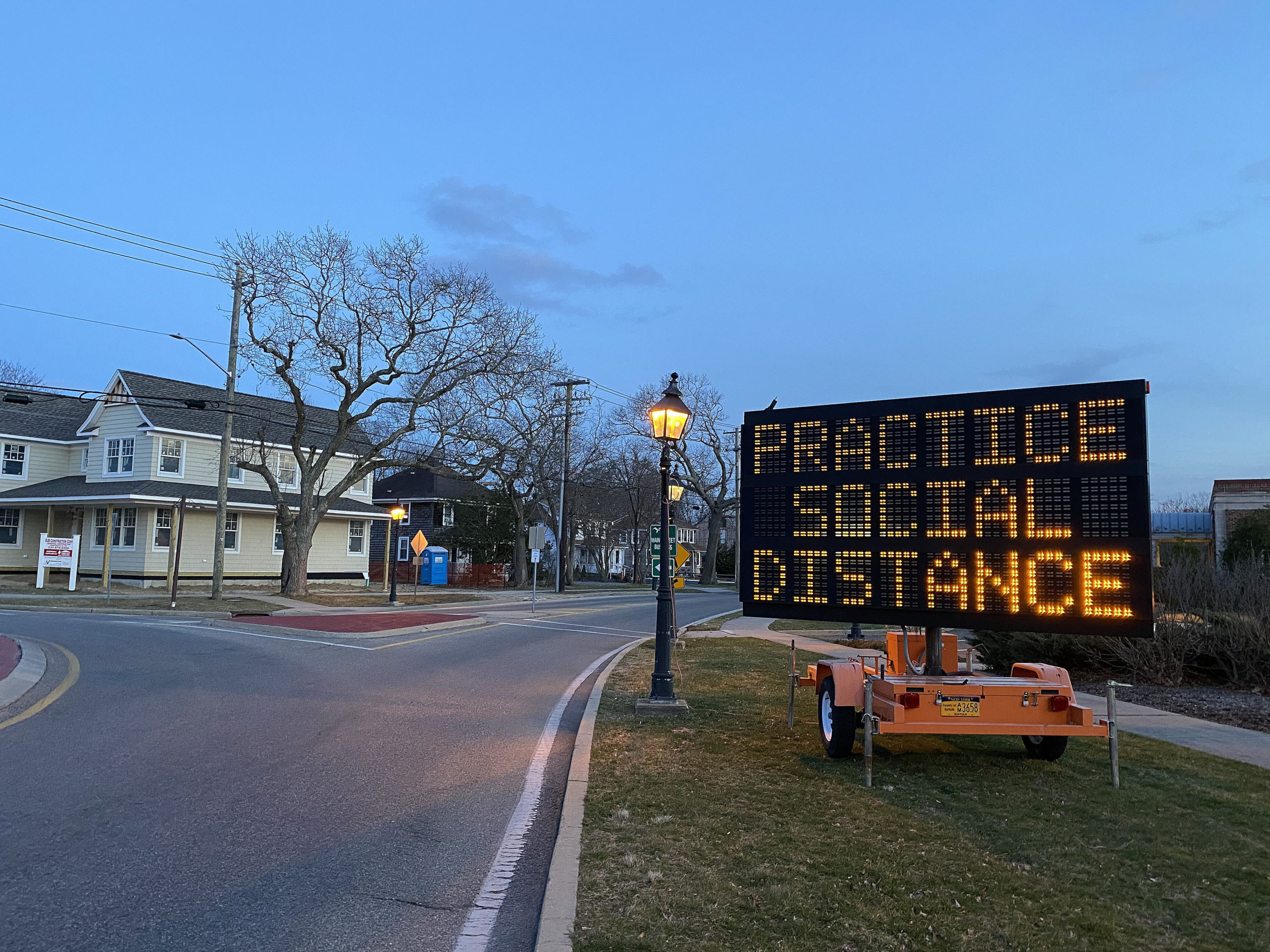 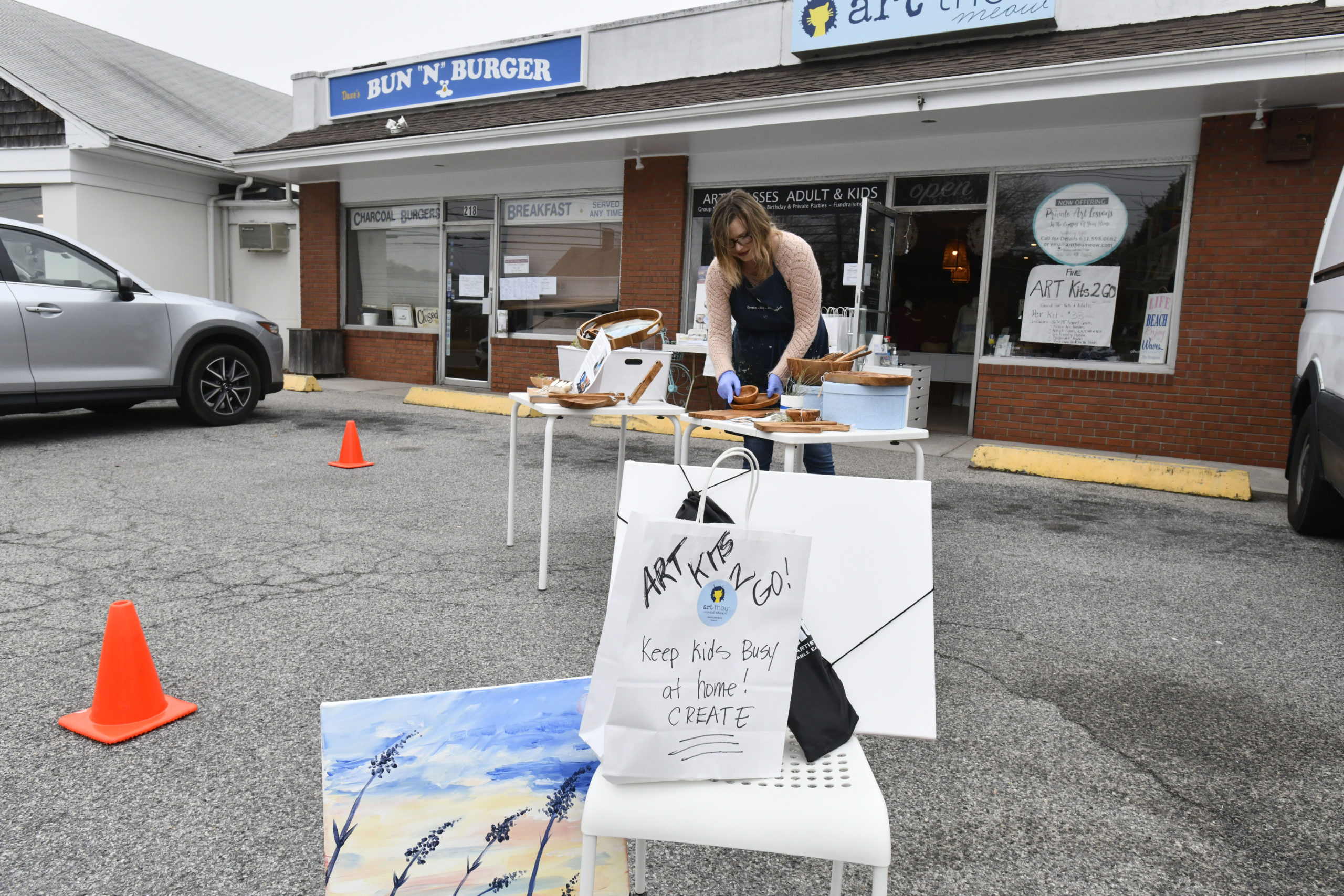 Jaime Booth of Art Thou Meow in Westhampton Beach was selling Art Kits 2 Go in front of her shop on Friday afternoon. DANA SHAW

The line outside of Provisions in Sag Harbor on Saturday. KATHRYN MENU 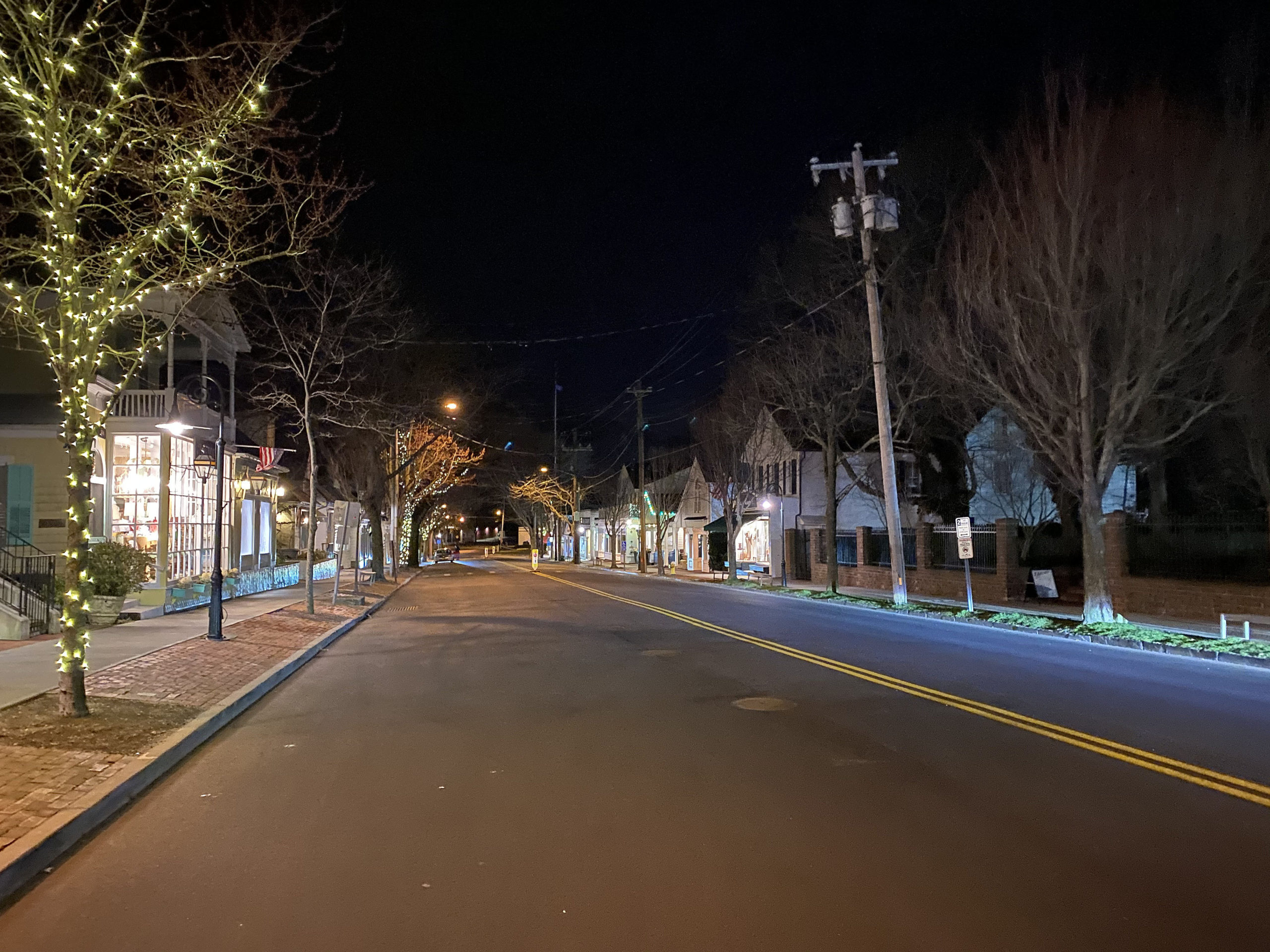 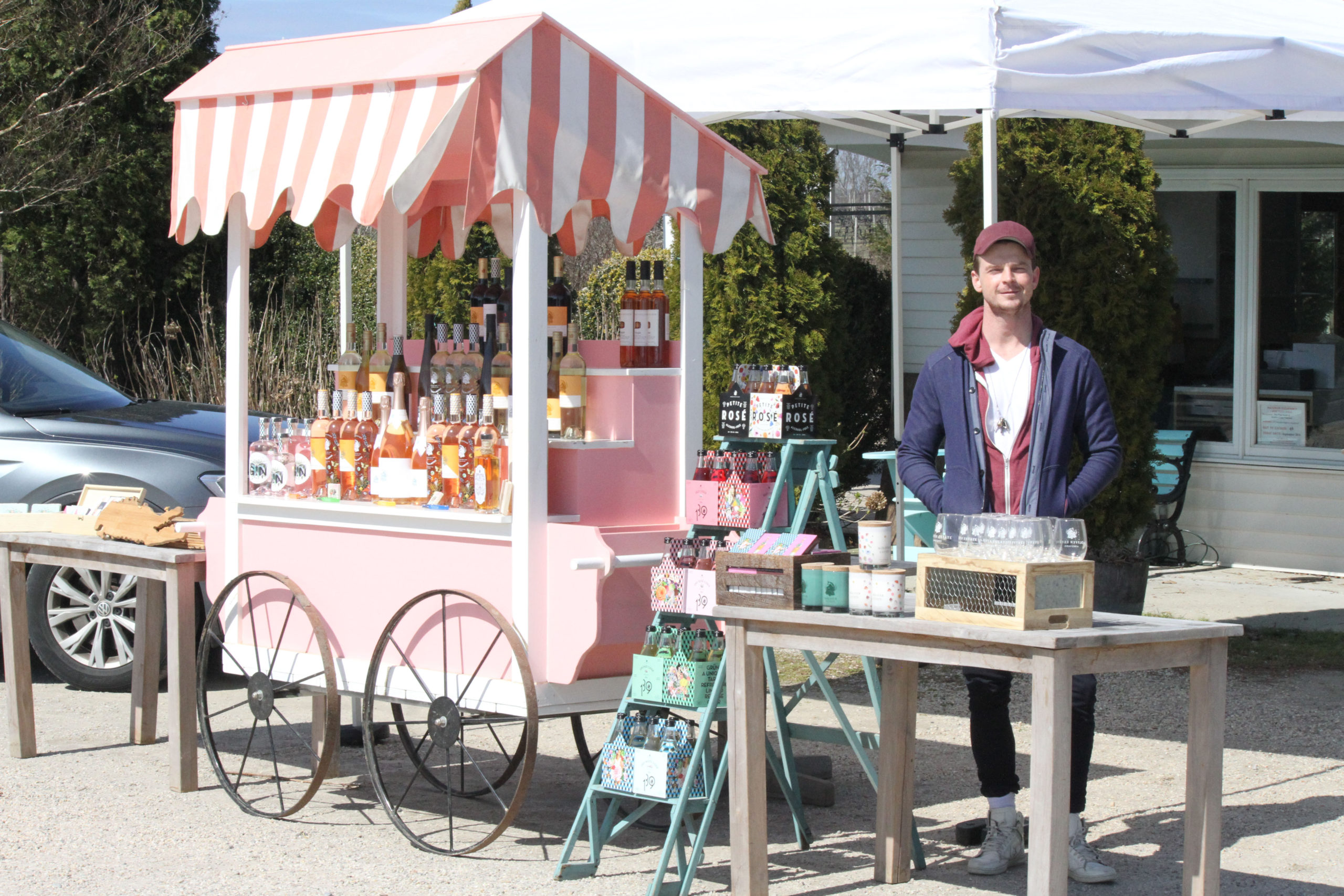 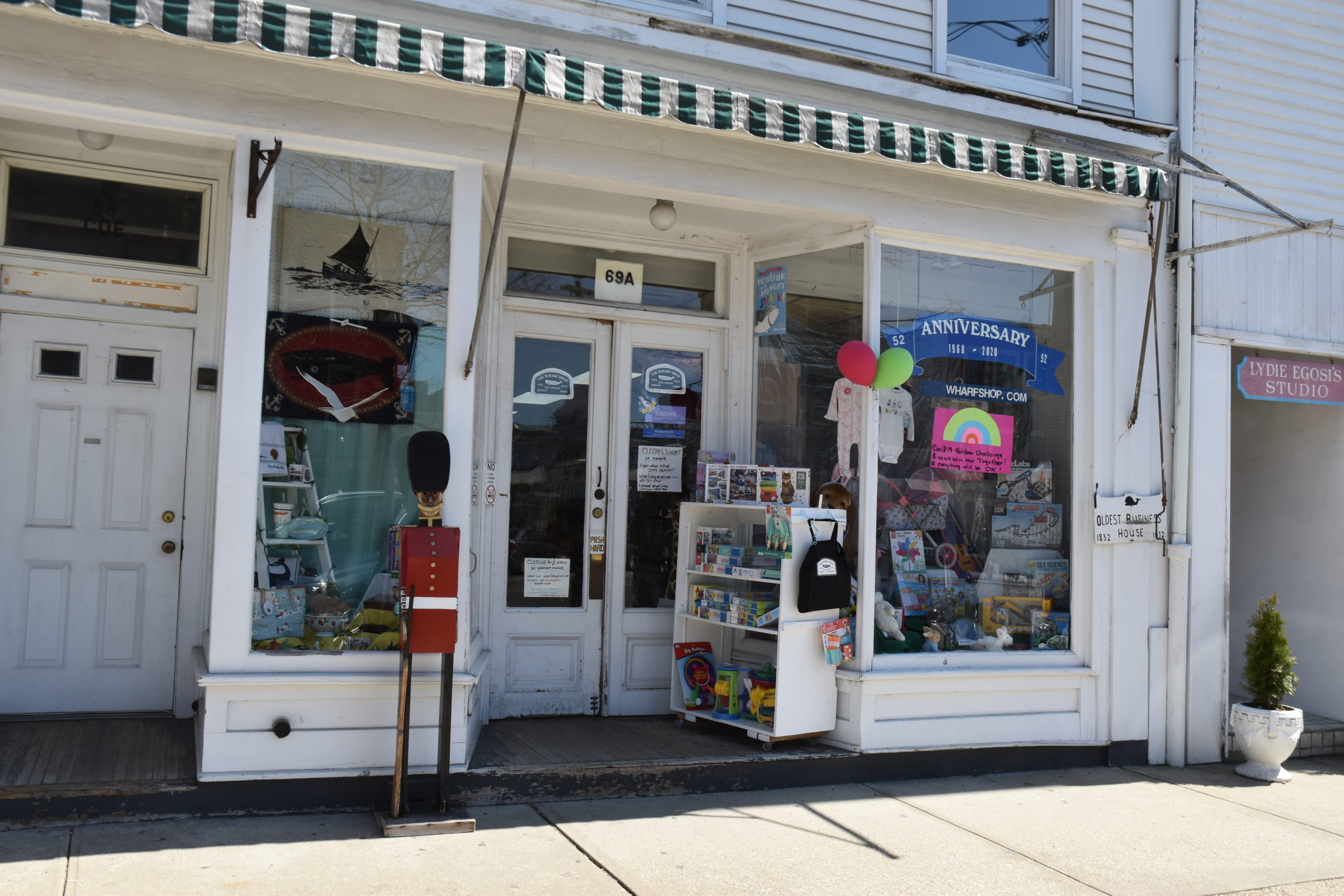 The Wharf Shop, a popular toy store in Sag Harbor, was one of scores of local businesses to close following Governor Cuomo's order. STEPHEN J. KOTZ

The Wharf Shop, a popular toy store in Sag Harbor, was one of scores of local businesses to close following Governor Cuomo's order. STEPHEN J. KOTZ 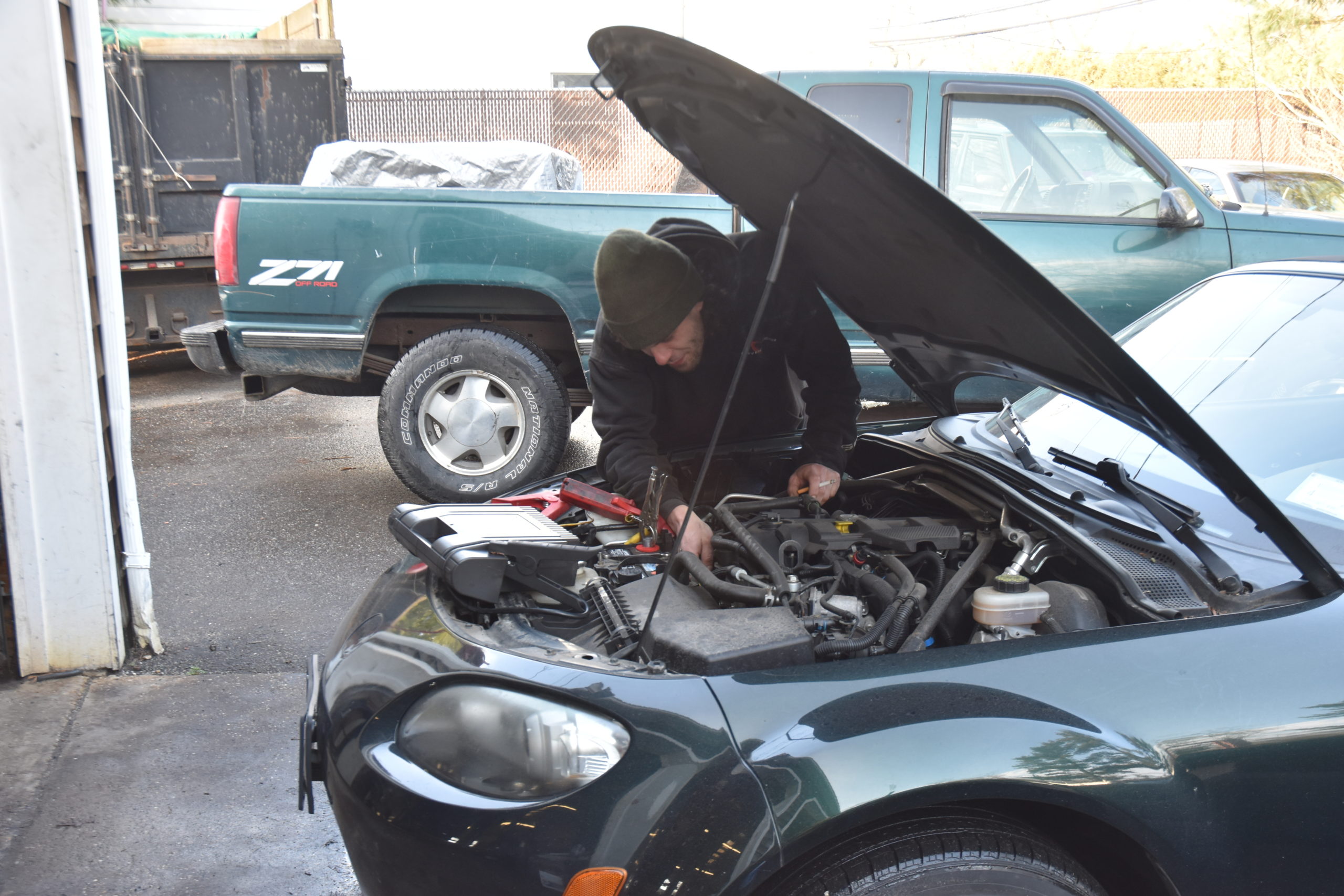 The screeching you hear is the sound of the brakes being slammed on New York’s share of this country’s $23 trillion economy.

Even though businesses, from tiny boutiques to international conglomerates, had already begun to retrench in the face of the global spread of the coronavirus, Friday, March 20, will likely go down in history in New York State as the day things got real.

Drastic or not, many local business were left wondering after the governor’s announcement meant their businesses would have to close until the governor’s office provided detailed guidance later in the day.

Health care providers, including hospitals, walk-in facilities, nursing homes, and other medical facilities were, of course, exempted from the shutdown order. So were businesses essential to infrastructure, including utilities, fuel supplies, public water and wastewater. Transportation, including public buses and the Long Island Rail Road, were also exempt, as were hotels and essential retail stores such as grocery stores, beverage stores, pharmacies, convenience stores, gas stations, hardware stores, and building supply stores.

Restaurants are allowed to stay open, but for takeout and delivery only.

Banks, accountants, and others related to the financial markets are also allowed to remain open.

Lists of the general categories of businesses that are considered essential can be found at www.governor.ny.gov.

In the wake of the governor’s announcement, there was little sign of major change on local roads, as a heavy flow of traffic streamed in both directions along Montauk Highway in Bridgehampton on Friday afternoon, but shops had already begun to close their doors.

Such was the case in Amagansett, where stores like Inner Sleeve Records, businesses like Vinnie and Nick’s Barber Shop, had notices on their doors announcing their closures.

“The health and safety of our customers and families are our top priority,” read a sign in the window of Vinnie and Nick’s Barbershop at Amagansett Square. “We need to do our part to combat the COVID-19 virus.”

“Our clients say we are essential. What else gets you through times like this?” Mr. Cinque quipped before turning serious, and saying he hoped the governor’s order would allow him to stay open for the sake of his customers and employees. Liquor stores are among those shops that are allowed to remain open.

Steve Wesnofske, the owner of East Hampton Auto, a popular repair shop on Springs-Fireplace Road, looked out from under the hood of the Mazda Miata he was working on, to say he would keep working as long as auto supply stores were open to provide him with the parts he needed.

“You’d think we’d be allowed to stay open,” he said. “Everyone relies on their cars.” Auto repair shops are, in fact, considered essential.

Julie Terry, a stylist at Special Effects, a beauty salon on the corner of Osborne and Newtown Lanes in East Hampton Village, said the shop was closing that evening at 8 p.m. in advance of the governor’s order.

“We’re all in trouble,” she said of the loss of business, adding that her boss, Elaine Hayes, had never had to close the shop for more than a couple of days after 31 years in business.

“We’re trying to look at it in a positive way, and at least be grateful it happened in winter when we are slowest,” she said. “There’s no other way to look at it.”

Jeff Peters, the owner of JCP Landscaping in Sag Harbor, said he was relieved to learn Monday that he could stay open. He said he would have his workers take their own cars to and from job sites and have one employee drive each truck to the site. “We’re going to wipe them down well after every use,” he said.

Lynne Jones, the owner of Lynne’s Cards and Gifts in Westhampton Beach, said she was staying put for the time being, noting that she sells newspapers and offers faxing and copying services.

“We don’t get that busy this time of year,” she said. “At the same time, we are being very careful about disinfecting and keeping space between everyone.”

Besides, she added, she was “keeping people happily distracted” selling things like board games and jigsaw puzzles.

The scene in the village Saturday afternoon was surreal, she said.

“It feels like a holiday,” she noted, “but everyone is very conscious of their space. They are wearing gloves and masks and keeping their distance.”

Dazzelle, a popular boutique on Jobs Lane in Southampton Village, closed last week, owner Ellen Irving said on Monday. “I closed when they first asked people to,” she said. “My customers can get a hold of me if they need me.”

She said it was fortunate the virus arrived in March, a traditionally slow month for retail.

“But there’s not much going on even if I were to stay open, to be frank,” she said, citing the large number of seasonal shops downtown. She said she hoped the village government would address the issue when good times return.

Southampton Village Mayor Jesse Warren, who owns Tenet, a clothing store with two shops in Southampton and one in East Hampton, said he closed his stores on Friday “to set the tone.” Now is the time for people to pull together, he said.

“I want to urge everyone who is here to practice the guidelines we are getting from our health officials in New York State and Suffolk County,” he said. “I know it feels like summer. But everyone must stay inside or keep a social distance.”

“It’s possible we have a long road ahead of us — it could be a few months,” he said. Mr. Warren added that many small shops are vulnerable at this time of year.

“We’re all waiting for Easter and Memorial Day,” he said. “We’re in a tough situation right now. We have made it through the winter and now that spring is here, we are all hoping things would pick up.”

That concern was echoed by David Brogna, owner of In Home Sag Harbor, a home furnishing store in that village, which was forced to close.

“The situation is tough,” he wrote in an email. “The businesses are being hit at a time when we haven’t had significant income since Labor Day. Reserves are at their lowest.” He added that many businesses had used their lines of credit to restock for the summer season, “which could have helped to tide them over and cover employees.”

He predicted Sag Harbor will bounce back quickly. “The village is dominated by independent (mom & pop) businesses with a low vacancy rate and not dependent on pop-ups,” he wrote. “Most of us own our buildings and can ride this out a little longer. We trust our customers will be there when we go back to normal. Hopefully quickly.”

John Larkin, a partner with Friedman LLP, the accounting firm that was formerly Markowtiz, Fenlon & Bank prior to a merger in January, said the Bridgehampton accounting firm was operating remotely.

“The uncertainty is not good, obviously,” he said. “There’s just not a lot happening, so a lot of businesses are hurting.”

He said that with the Internal Revenue Service and the New York State Department of Taxation and Finance have delayed the deadline for filing and paying taxes until July 15 it should help some businesses cope.

With reporting by Gavin Menu and Kitty Merrill