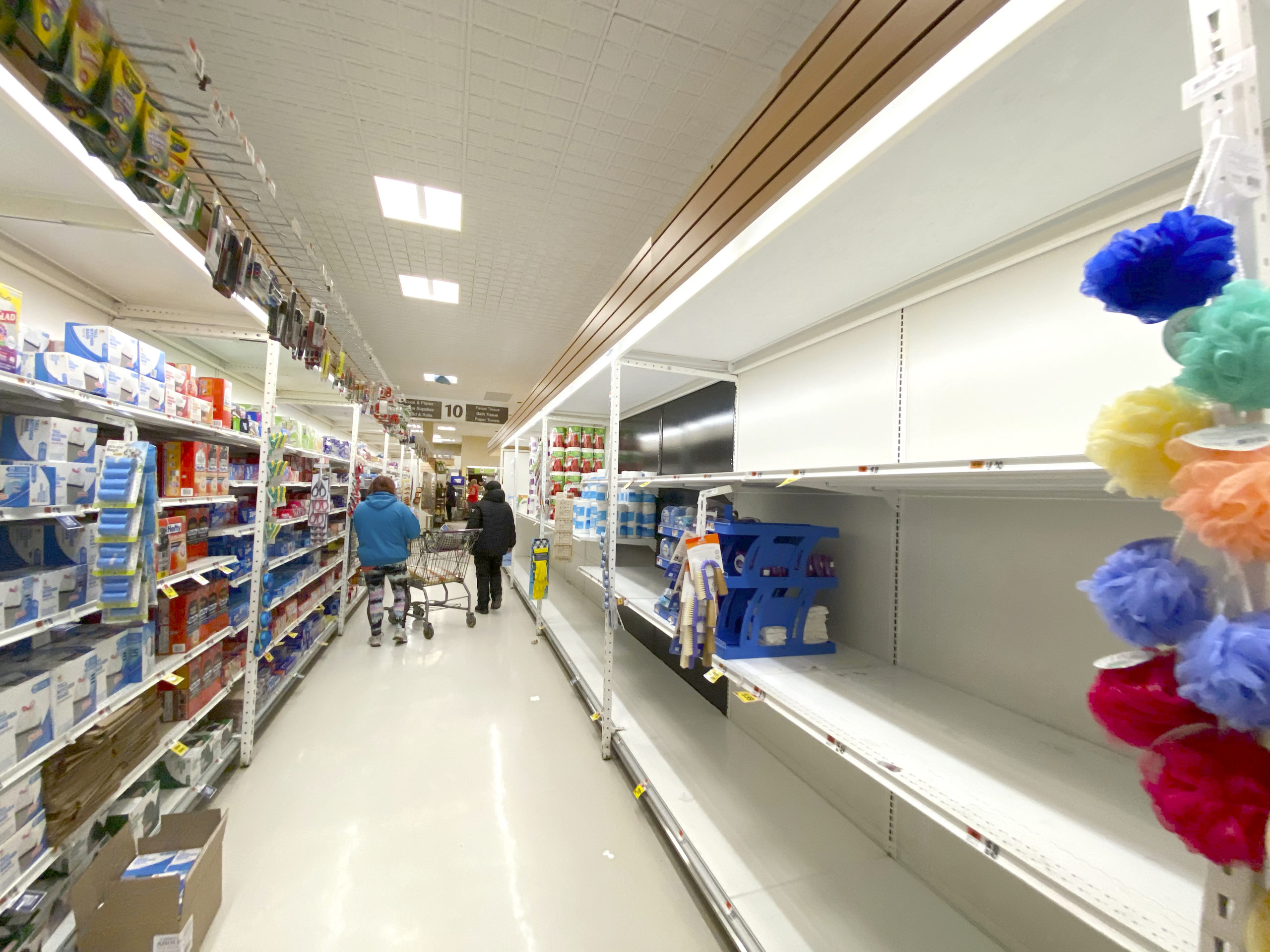 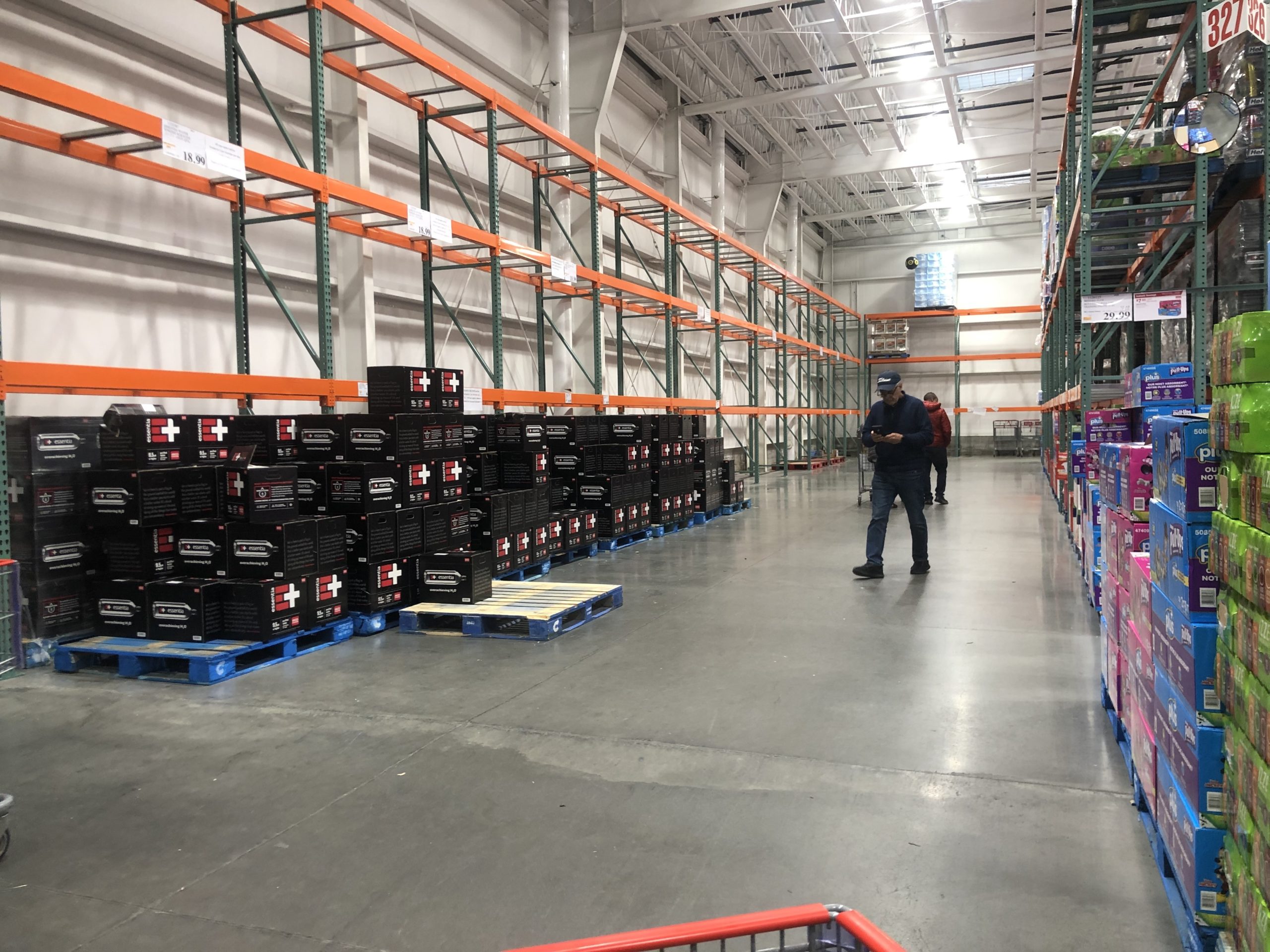 Even the normally mountainous supplies of bath tissue at Costco have been depleted by the panic-driven stockpiling. 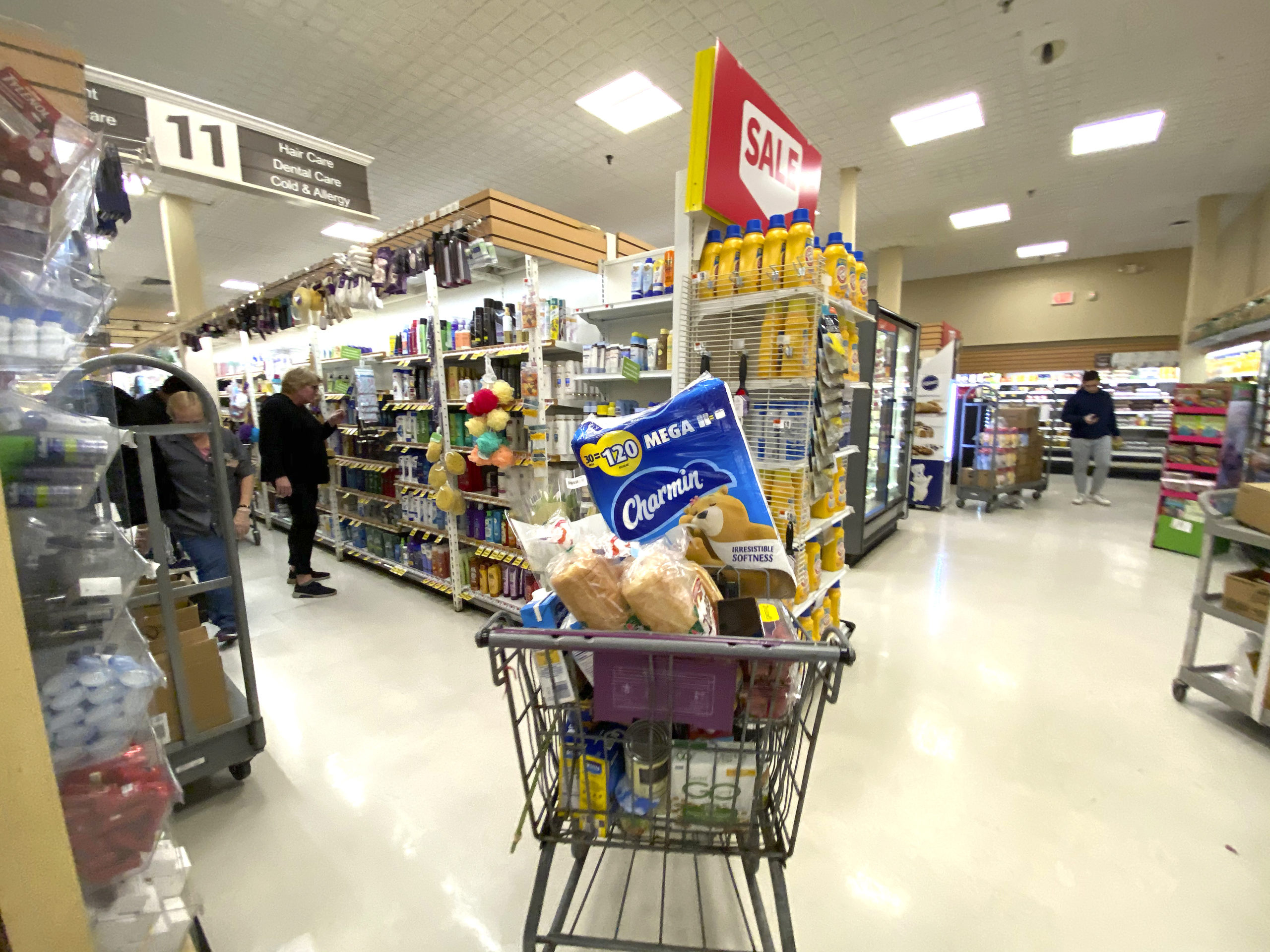 A lucky shopper at the Stop and Shop in Southampton got what may have been the last of the Charmin in the store on Thursday. DANA SHAW

The shelves that were once stuffed with toilet paper were bare at the Stop and Shop in Southampton on Thursday. DANA SHAW 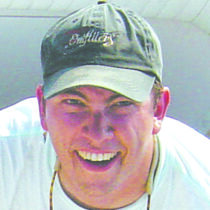 Her gaze swept back and forth over the aisle, as though she thought perhaps she had missed noticing a package of toilet paper on one of the shelves in her first, or second, or third, look.

“I can’t believe there’s none,” she said, half chuckling, half sighing. “People really bought that much toilet paper? I have three kids — I better find some.”

She was told by another shopper that the Southampton Rite-Aid store had restocked its toilet paper shelves. She pledged to head there next.

The scene has played out in grocery stores, supermarkets and chain drug stores since early last week. On Wednesday morning, March 11, shoppers wandered the canyon-like aisles of Costco in Riverhead trying to figure out where the typically two-story-high stack of bath tissue 30-packs had been moved, before coming to grips with reality.

“Unbelievable,” one muttered to himself in a huff.

While few have been shocked to discover that bottles of hand sanitizing gel and alcohol wipes are vanishing off shelves amid the fear of the rising novel coronavirus pandemic, the absence of toilet paper has been perplexing for many.

The virus and its resultant disease, COVID-19, cause pneumonia-like symptoms of coughing and fever but have not been known to typically cause stomach problems or diarrhea.

And yet toilet paper has become the poster child of the early days of “panic buying” associated with the coronavirus pandemic, already the subject of a new genre of social media memes (“Party at my house this weekend! I’ve got #toiletpaper!”).

“It’s a really interesting phenomenon,” said Stacey Finkelstein, Ph.D., a professor of marketing at the Stony Brook University School of Business. “When we are going through a stressful, emotional period of our lives, we may feel like we’re out of control, and we try to exert control in a number of ways, like stocking up on canned foods or, in this case, hand sanitizer and, I guess, toilet paper.”

Why toilet paper in particular became something people decided needed to be bought at a much higher rate than they would normally account for, on their grocery lists, is not quite so obvious in an analysis of the human psyche.

One source might be that in the very earliest warnings that government health officials heard by those who feared they might have the virus, was that they should “self-quarantine” for up to two weeks. And in those missives was advice on preparing for that eventuality, which included the recommendation of having at least five rolls of toilet paper on hand.

Or it may belie just how far into the future people are foreseeing potential disruptions to the supply chain from COVID-19.

“Maybe between quarantines and talk of closing offices, people are just thinking they are going to be at home a lot more than usual,” Dr. Finkelstein surmised. “And maybe they just can’t imagine a worse thing than running out of certain products.”

The shortages of TP do seem to ebb and flow as the delivery schedules, arranged long before demand skyrocketed, briefly fill shelves. The Riverhead Costco had restocked its shelves on Thursday morning, March 12, and was limiting customers to two 30-packs each — but was still tapped out again by the time the store closed that night.

A store employee said they did not have another delivery scheduled for at least the next couple of days but could not tell beyond that.

King Kullen in Bridgehampton had re-filled its shelves by Thursday evening, but was barren again on Friday morning as new waves of those stocking their homes for a long hunker-down flowed in.

“Everyone else is buying so much stuff, I’m starting to wonder if I should be stocking up,” said Aaron King, who had a jug of Arizona iced tea, a precooked chicken and an assortment of fresh vegetables in his cart while he waited on a long line at King Kullen on Friday. “People are acting crazy.”

A visual remembrance is a fitting tribute. That’s how William Hughes, the commander of Westhampton ... 23 Jan 2023 by Kitty Merrill

The metal police barricades at the intersection of Somerset Avenue and North Magee Street in ... 20 Jan 2023 by Cailin Riley

A breakfast celebrating the Reverend Dr. Martin Luther King Jr., was held at the Hamptons ... 16 Jan 2023 by Staff Writer

VIDEO: Express Sessions: Can Southampton Village Build on its Arts and Cultural Heritage?

The Express News hosted the latest in its Express Sessions panel series, “Can Southampton Village ... 13 Jan 2023 by Staff Writer

School District, Southampton Town Board Getting Closer to Vote on CPF Money for Marsden Street, With Playing Surface at Center of Discussion

After more than two years of planning for a new home, Bay Street Theater will ... by Stephen J. Kotz