Zeldin on COVID-19: ‘I can’t compare this to anything’ 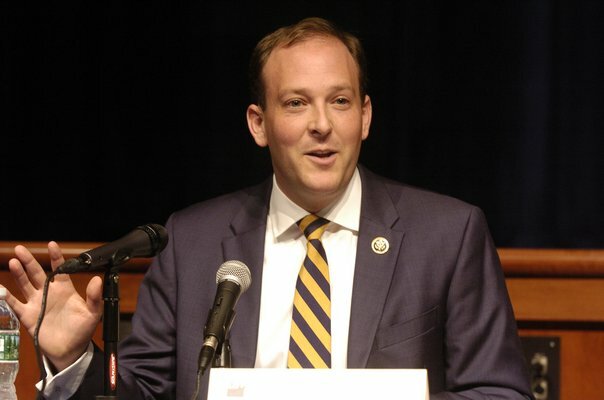 The House of Representatives is expected Friday to pass a $2 trillion emergency stimulus package that will provide relief for Americans severely impacted by the outbreak of COVID-19.

Senators struck a deal early Wednesday morning on the bill, after days of heated negotiations and is now the largest rescue package in American history.

House speaker Nancy Pelosi (D-Calif.) said during a press briefing Thursday morning that she believes the bill will pass under what’s known as a voice vote with “strong bipartisan support.”

Speaking from the Senate floor Wednesday, Sen. Chuck Schumer (D-NY) said that the bill is far from perfect, but will still provide necessary relief in “dark” economic times.

“To all Americans I say: Help is on the way,” he said.

The bill would provide most working Americans with incomes up to $75,000 with a one-time payment of $1,200, with payments modified up to incomes of $99,000. Families with children would also qualify for $500 payments per child.

A loan program is also included in the bill to provide relief to businesses big and small, as well as municipalities that are hit hard by the virus. Sen. Schumer said that includes strict oversight and accountability of loans made to corporate America and prohibits businesses associated with key federal officials or their families, including the president, from receiving such benefits.

He said every loan document will be made public “so we can see where the money is going, what the terms are and if it’s fair to the American people,” he said.

Hospitals on the front lines of treating the coronavirus will also receive much-needed funding to bolster their response.

The stimulus program will also expand the length of unemployment benefits, which for the first time will be offered to freelancers and workers in the gig economy. The U.S. Department of Education would also suspend student loan payments without penalty until September.

Times Review Media Group: This bill took several days and many heated arguments to become what it is. Can you tell us about the process?

Lee Zeldin: The negotiation process has been lengthy, complex, and laborious, which is to be expected when it comes to such a broad piece of legislation.

TR: What were the sticking points in the package for you?

LZ: The top three priorities for me were aid to hospitals, aid to small businesses and workers and aid to state and local governments. With over 30,000 cases, New York is the hardest hit state in the country, and ensuring New Yorkers are receiving the resources needed to battle this outbreak is critical. This legislation provides $100 billion in funding for hospitals and providers and $150 billion in funding for direct assistance to municipalities. Additionally, it provides an additional $367 billion in small business loan assistance and grants for hard working Americans who are struggling to make ends meet.

TR: The package includes corporate bailouts. What about people who work for these corporations? Who benefits from the package and who doesn’t?

LZ: Priority number one must be to support the American worker. Bolstering unemployment insurance in a way that supports American workers while encouraging Americans to rejoin the workforce when we emerge on the other side of this outbreak was critical and will ensure that the Americans who are hit hardest have the means to provide for their families. It is important to note that these are loans, not gifts, and large corporations that accept these loans must retain 90% of their workforce and that there is a ban on stock buybacks and dividends for companies that receive loans.

TR: Do you agree with the concept of sending a $1,200 check to each working American?

LZ: Especially in this particular situation, giving people back their tax dollars makes sense, although it could have been designed a bit differently to help more people.

TR: What should small businesses in Suffolk County do to maximize benefits from the package? How does this help businesses that are closed?

LZ: This legislation provides $367 billion in loan guarantees to help businesses with under 500 employees make payroll and pay other debts while workers have to stay home. These companies that keep paychecks steady between Feb. 15 and June 15 with the help of this new assistance could get up to $10 million each in forgivable small business loans.

TR: The outbreak of the novel coronavirus has led to inevitable comparisons to 9/11 and the economic recession of 2008—major modern events that changed life as we know it. How does this crisis compare to others you’ve seen during your time in Washington?

LZ: I can’t compare this to anything else I’ve experienced in Congress.

This article originally appeared in on the Times Review Media Group’s website, and is reprinted here with permission.