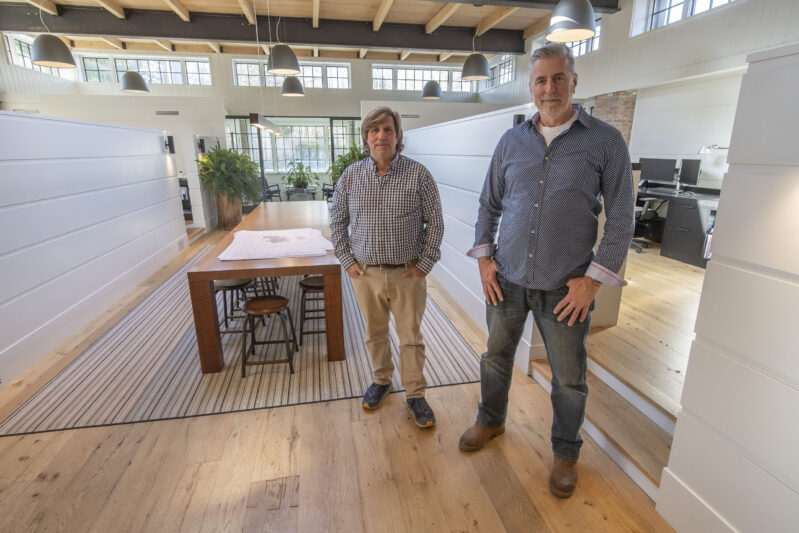 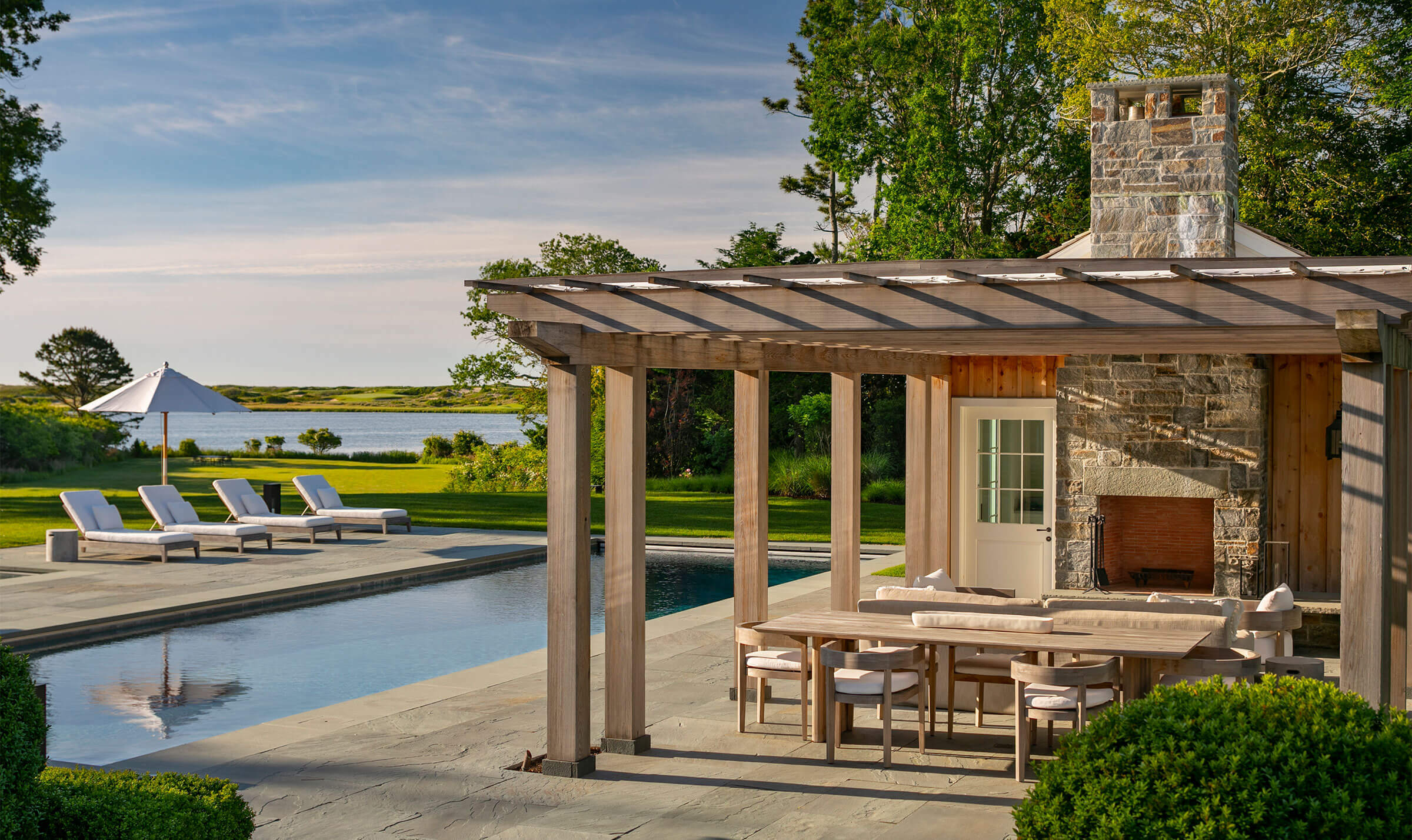 A pool house at a home on Hook Pond in East Hampton. COURTESY BUILDING DETAILS 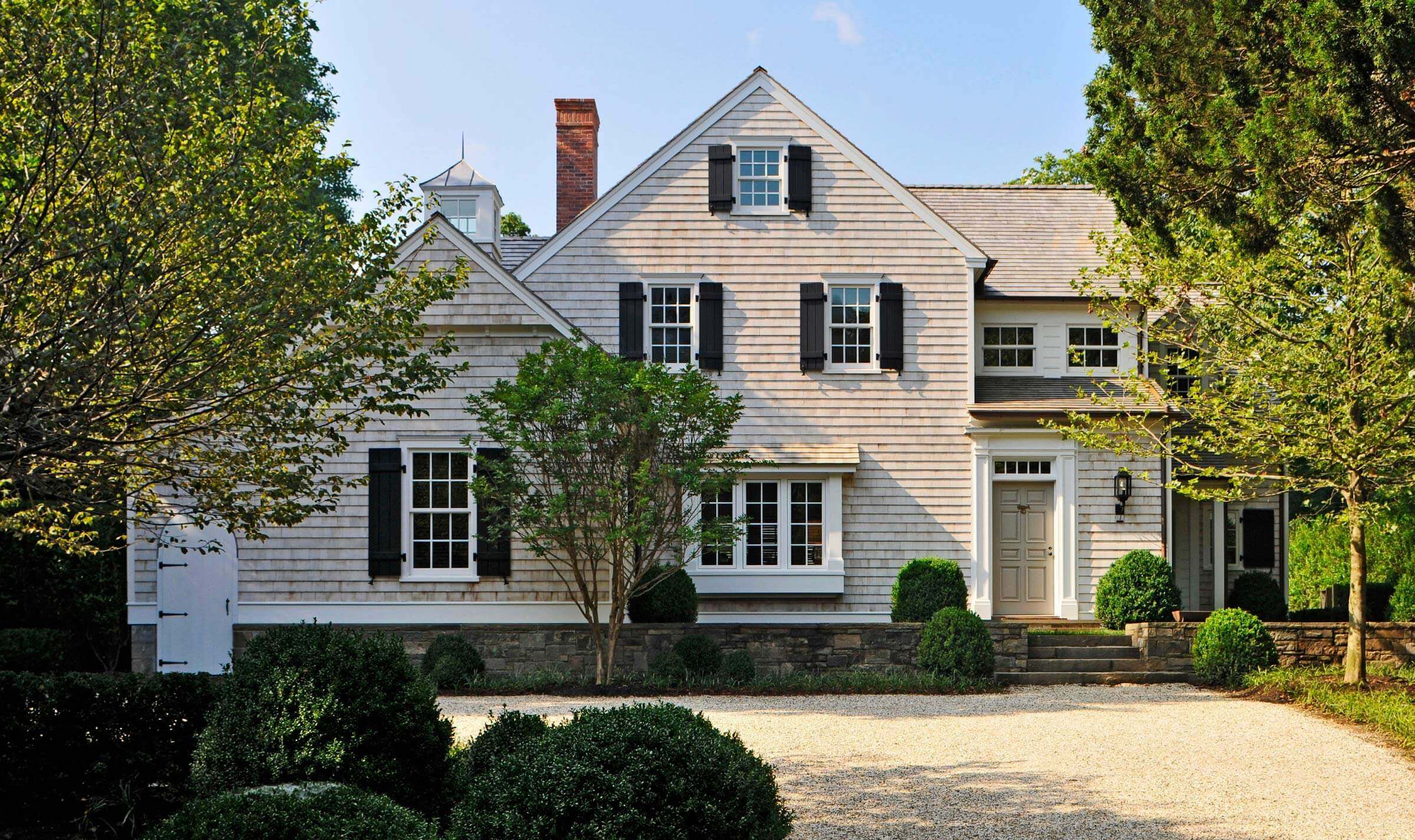 One of the houses the new company has built. COURTESY BUILDING DETAILS 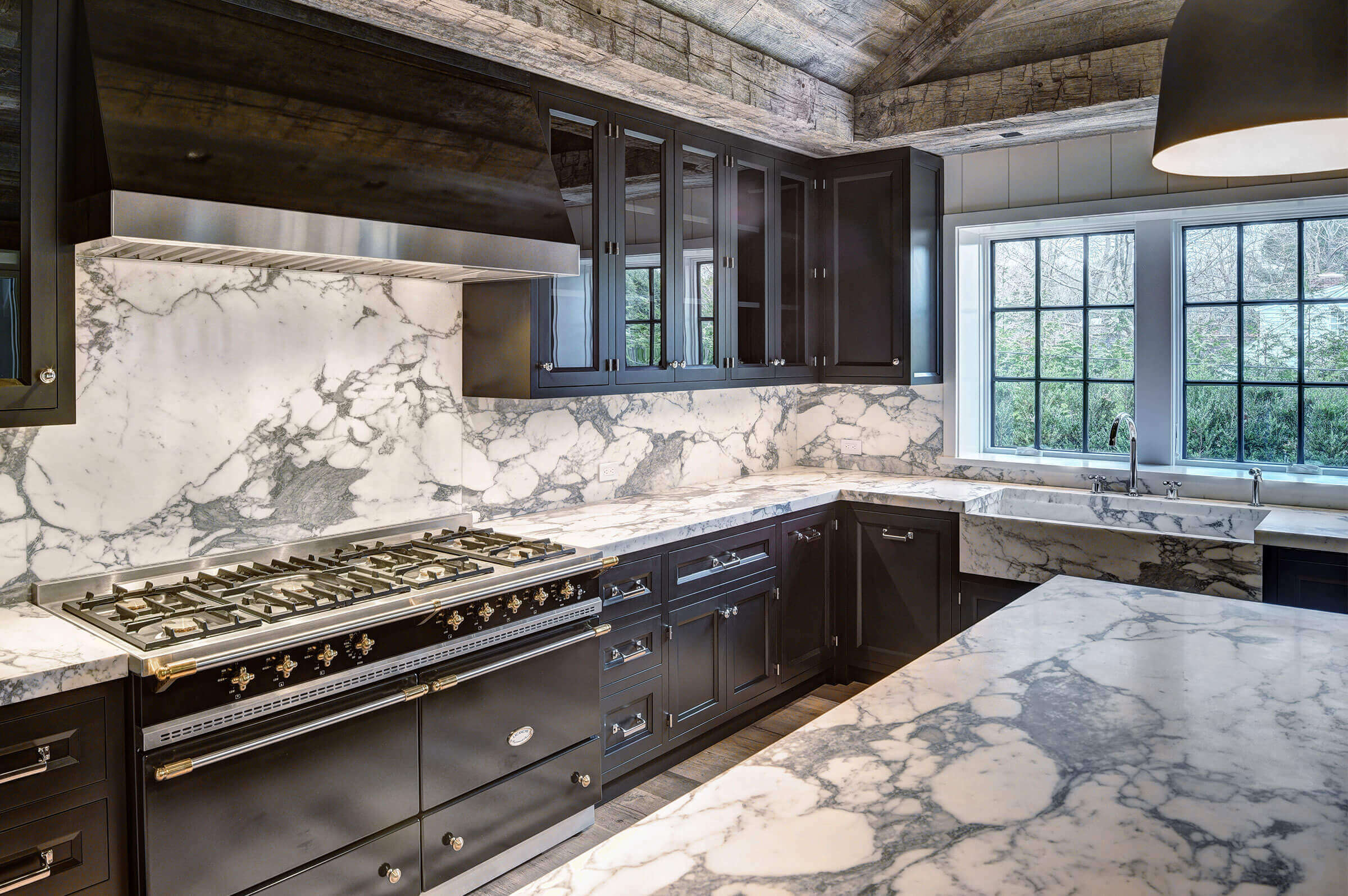 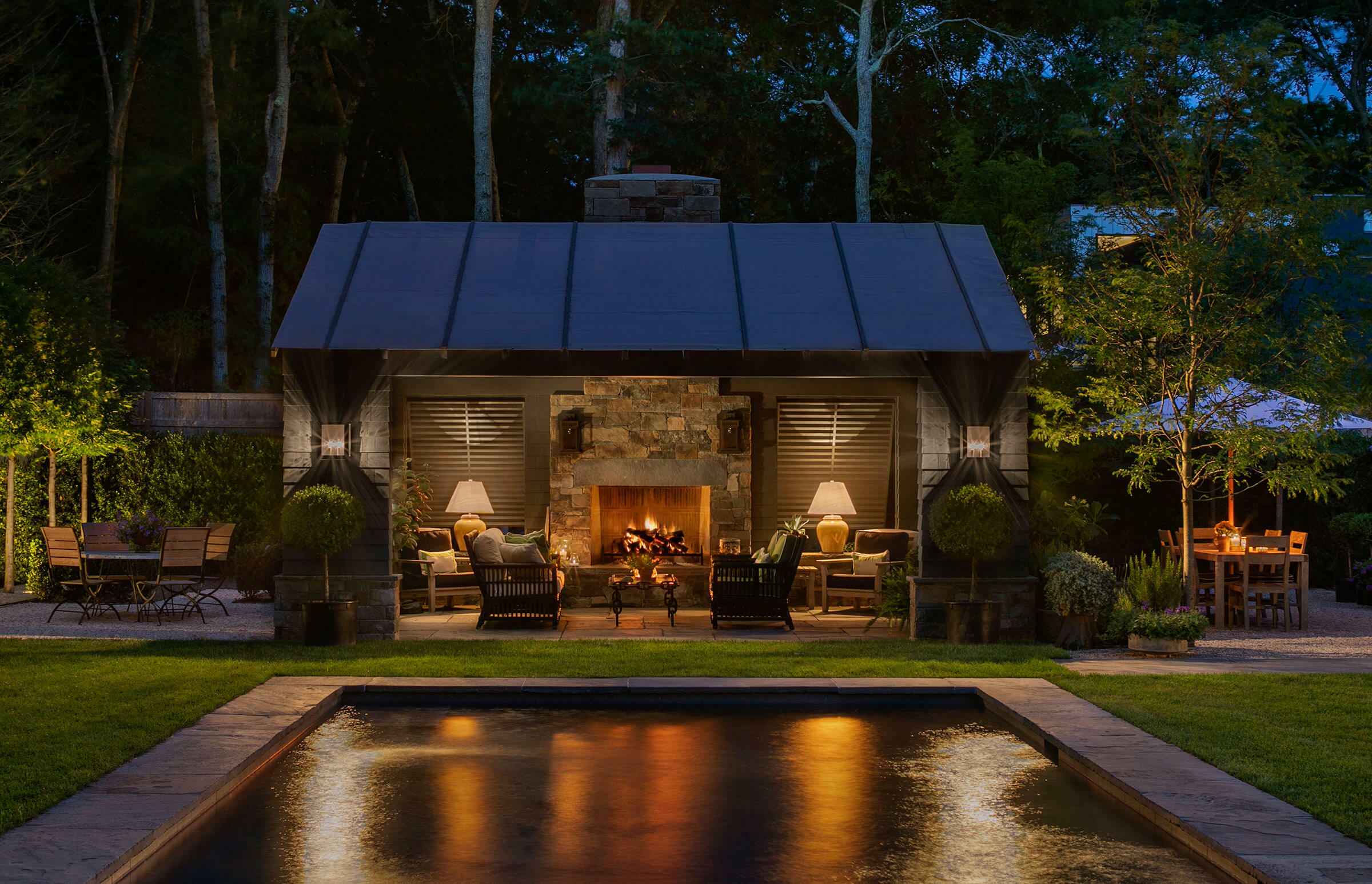 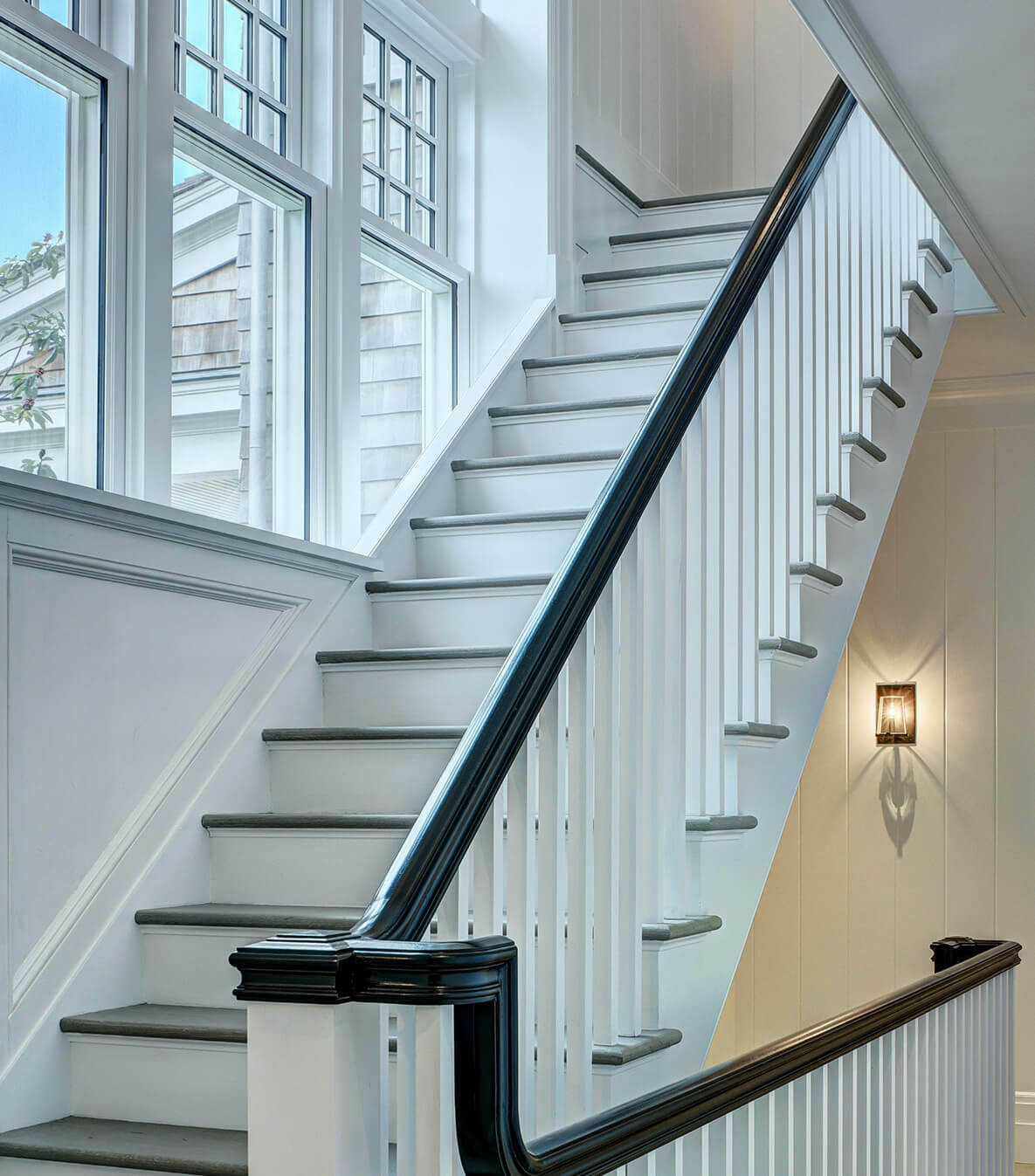 The staircase of a home on Hook Pond in East Hampton Village. COURTESY BUILDING DETAILS 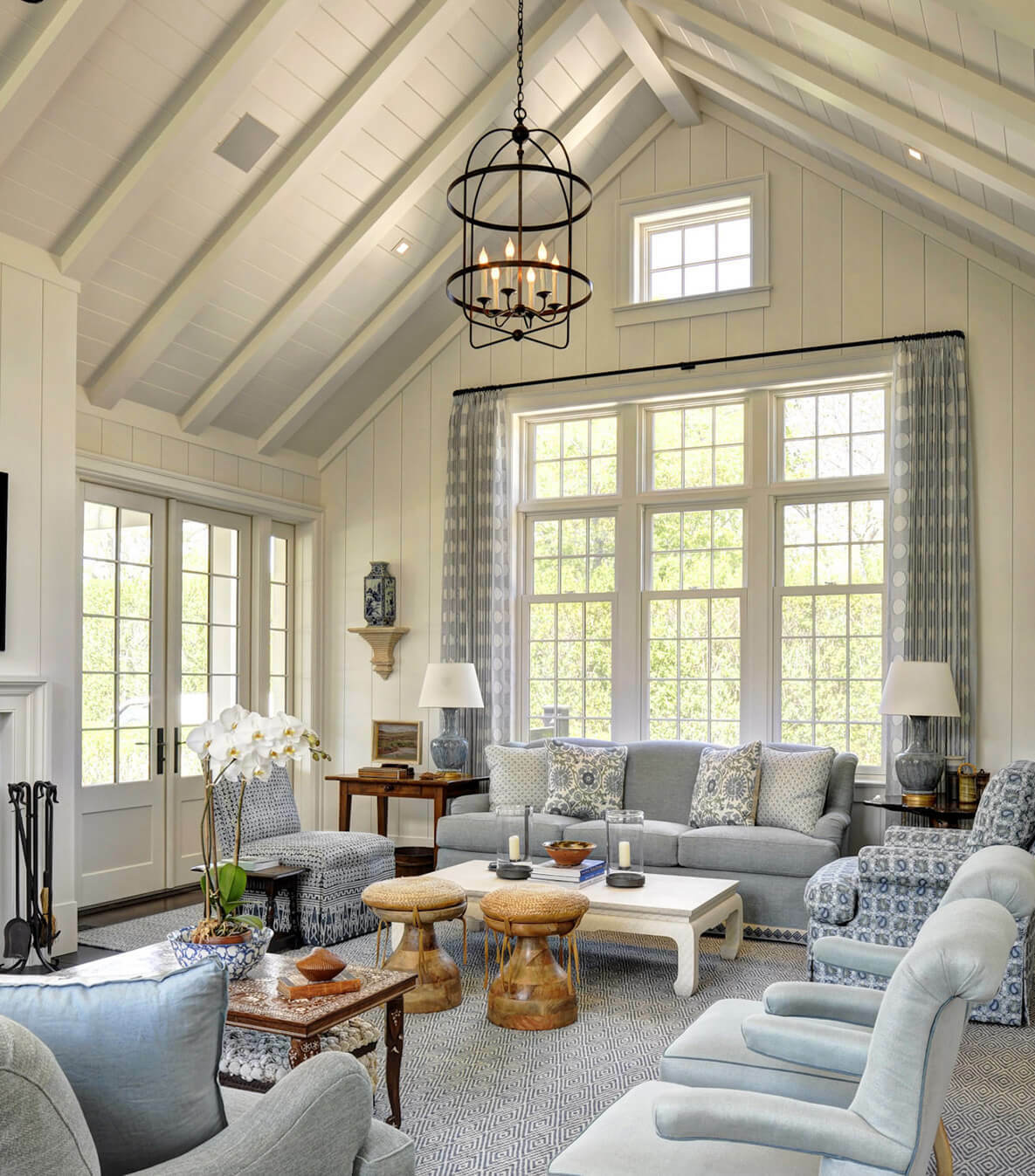 An interior of a home built by Building Details. COURTESY BUILDING DETAILS 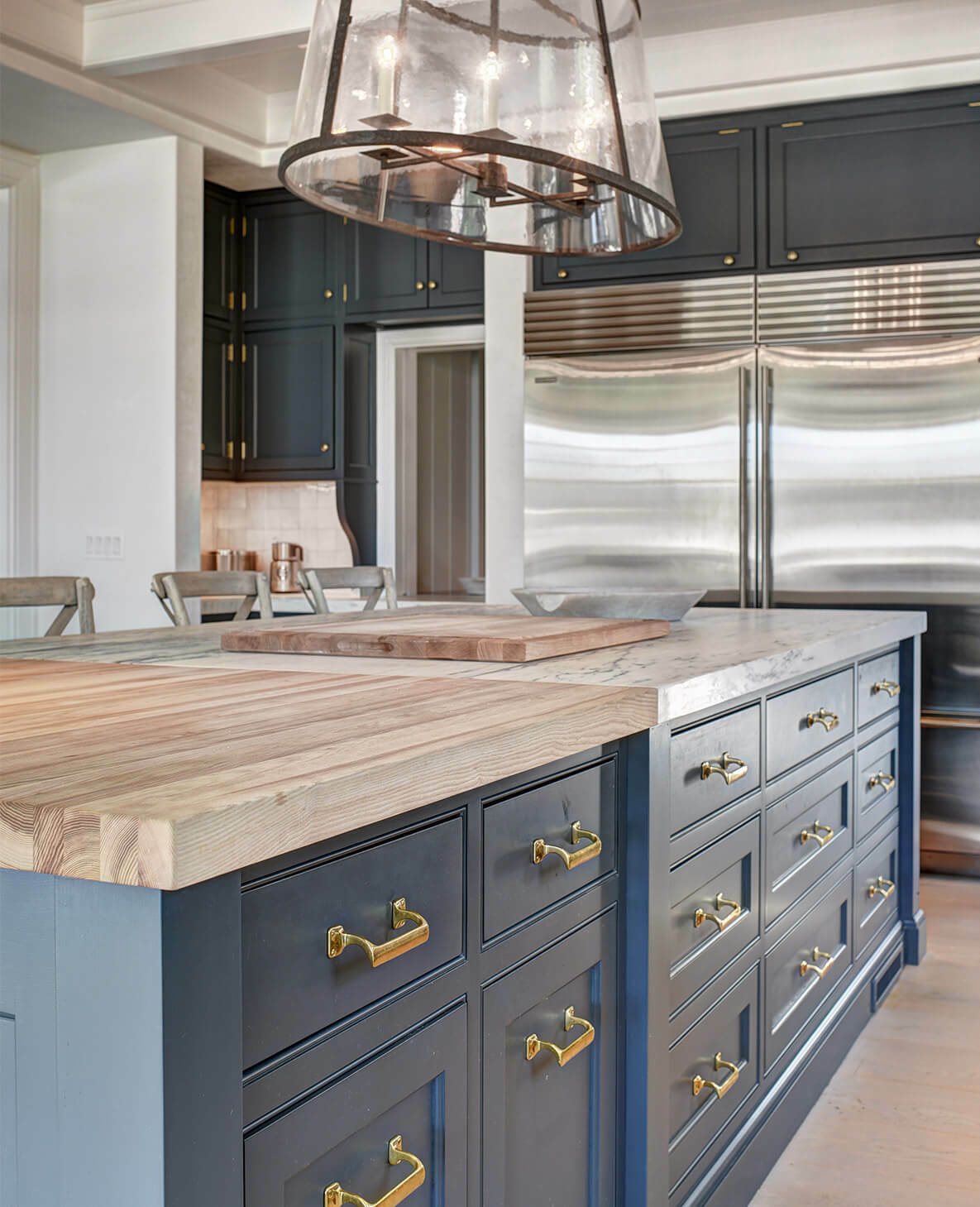 A kitchen in a Building Details house. COURTESY BUILDING DETAILS 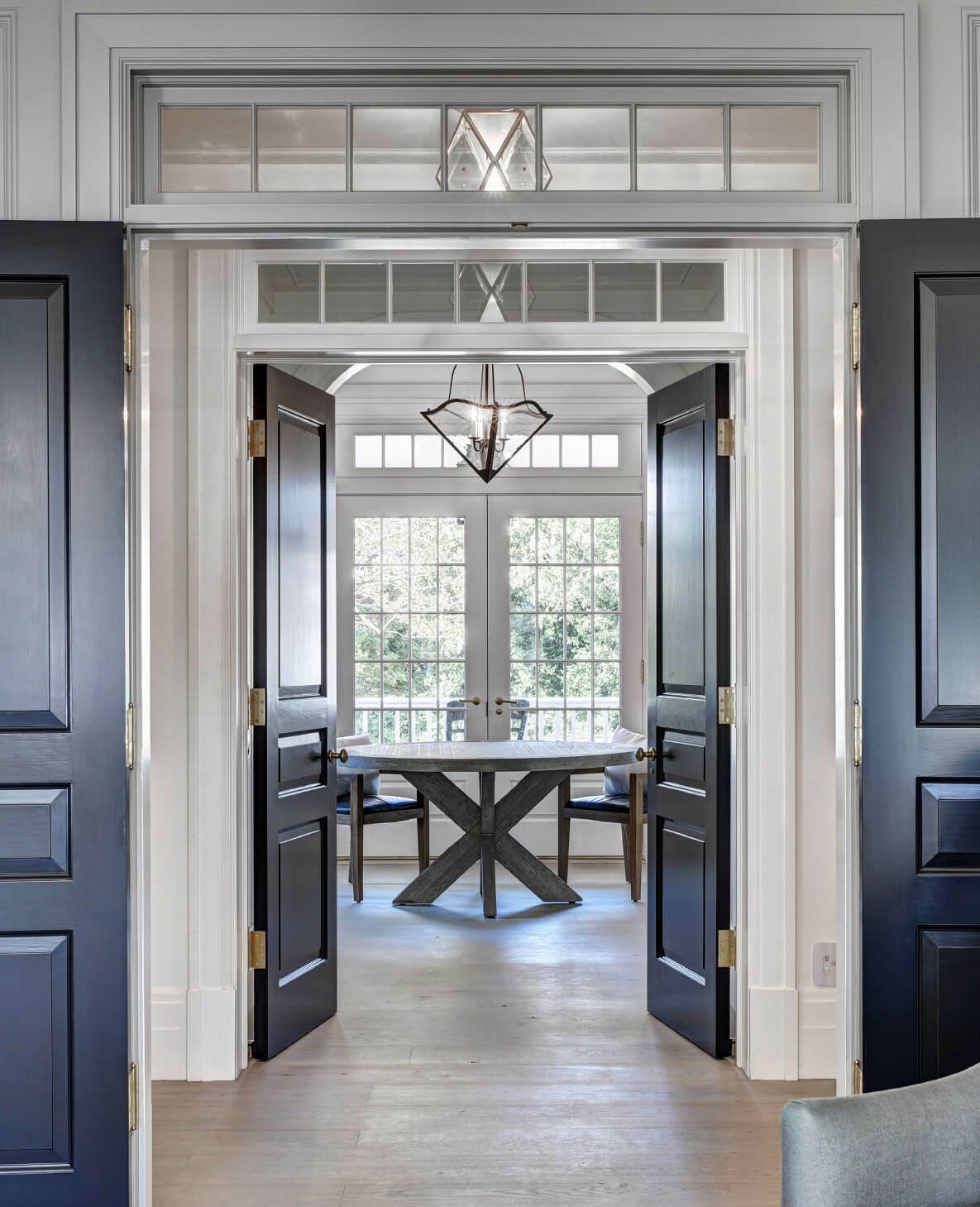 The interior of a home on Hook Pond Lane in East Hampton Village. COURTESY BUILDING DETAILS 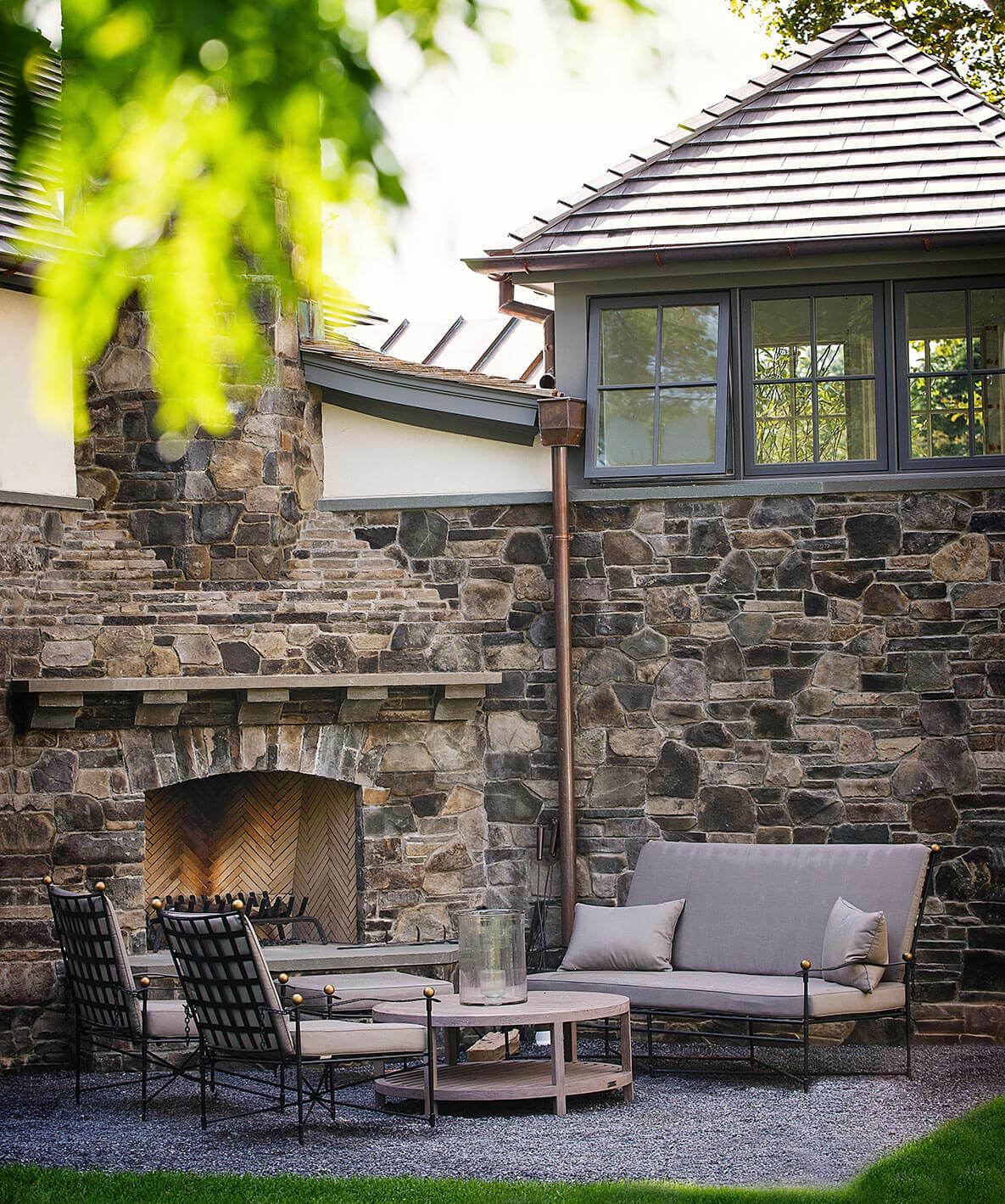 A patio with fireplace at a Building Details house. COURTESY BUILDING DETAILS

One minute, in response to a casual question, he is asking an assistant to go through his cellphone photos to try to pinpoint the exact month and year when he began to paint all his vehicles electric green. Then he is sketching on the back of an envelope a rough design for a property he recently acquired. When his long-haired Jack Russell, Carlos, enters the room, Derrig puts him up on the conference table for a quick introduction.

Derrig, who has a surplus of energy that he seemingly directs in random directions, was forced to sit down this week for a few minutes to talk about his latest undertaking, Building Details, a custom house construction firm that he launched a few years back but is only now publicizing.

“I’ve been building houses since I moved out here,” he said, adding that the first was a home for his own family on Talmage Farm Lane in Springs in 2000. He now lives just outside East Hampton Village in a house that, naturally, he built himself. And he has plans to build a new house on the lot next-door that he recently bought. Over the years, he has built spec houses whenever the opportunity has presented itself. But more recently, he said some clients who lost out in the bidding for one of his spec houses began to approach him about building custom houses for them. His attitude? Why not?

Derrig, who is a landscape architect, worked exclusively with William Beeton, an East Hampton architect, on all his spec houses. As Beeton’s firm got busier, Derrig was in position to take on the construction of some of those projects as well. “We’re a good team,” Derrig said. “It’s only since I launched Building Details that I started to work with different architects.”

“It happened organically,” chipped in Mark Sichling, the company’s vice president, when Derrig stepped out momentarily to take a call. “Michael’s desire to be in the building business wasn’t a secondary thought. It was always part of what he wanted to do.”

Sichling said that Landscape Details, which has been doing clearing, foundation excavations, and other site-preparation work for years, was in a good position to expand into the home construction industry.

One of the first tasks of any building project is to bring in a landscape architect to find out “how should the house sit? What’s the orientation? What’s the grading? How are we going to make the presentation with the driveway? Where’s the pool and patio going to be?” he said.

Sichling, who has had a long career in the custom home building market both in Westchester County and on Long Island, joined Building Details in June 2020 after discussing it with Derrig on and off over the course of the year.

Sichling was the sales manager for a custom door and window manufacture in Westchester that served the tri-state region in the 1980s. He later joined Douglas Development, which built high-end houses. After the owner retired in the 1990s, Sichling launched his own building company. When the recession hit in 2008, Sichling, a Long Island native, moved to Greenport and joined Owen Construction, where the first job he managed was for a $20 million, 25,000-square-foot house near Port Jefferson.

At Building Details, Sichling oversees budgeting, scheduling, and all the picky details that can derail a multimillion-dollar building project if not overseen carefully.

Although much of the work, from framing to electrical and plumbing, will be subcontracted out, Building Details has a team of more than a dozen in-house finish carpenters who will handle interior and exterior work.

The company has already completed a couple of projects and has several more lined up. Although the East End has no shortage of high-quality construction companies, “there is plenty of work for everyone,” Sichling said.

He said the thing that makes Building Details different “is the owner is a true designer. He’s not a framer who turned into a builder, he’s not an investor from Wall Street who had a bunch of money and came out here and started building. He literally goes to jobs and critiques them with the team and adds value with all the insights he has.”

“He sees things 360 degrees, he sees things 24/7,” he continued. “It’s part of what he does and it always comes out beautifully.”

“A lot of what really makes somebody different than the other person is caring about the details,” Derrig added.

The Peconic Land Trust and the Town of East Hampton closed Wednesday, April 27, on ... 28 Apr 2022 by Staff Writer